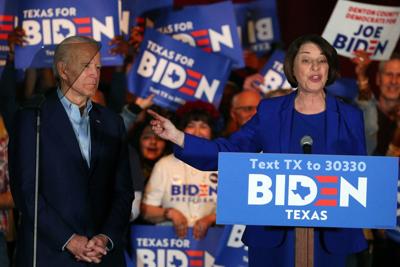 Few things bring out the Irish in me more than the Chinese government dunking on the United States of America.

Like just about every American these days, I’ve got my complaints about the direction of our country and how our government is dealing with the myriad challenges facing us. But, unlike virtually every Chinese citizen, I’m free to express those complaints. Say what you will about the manifest incompetence and dysfunction of our government, but at least — no, wait, that sentence should have ended at “government.”

Consider that among the many shortages imposed upon Americans these days, the national stockpile of fresh insults for the current president is almost exhausted. Stand-up comedians and cable news pundits alike are trotting out recycled “orange man” jokes about his bronzer addiction. But unlike other shortages, government regulation isn’t to blame — it’s simply because people have been mocking President Donald Trump for so long, and so freely, new material is hard to come by.

The same can’t be said about China, where direct criticism of President-for-life Xi Jinping is outlawed. Critics have had to resort to clever workarounds. Images of Winnie the Pooh have been banned for several years because critics started using the rotund fellow as a symbol for Xi.

This exposes the more interesting and ultimately wonderful difference between the United States of America and the People’s Republic of China. Both countries are flawed. Both have official names that don’t quite reflect reality. America isn’t all that united, and China is in no way a people’s republic. But the rhetoric of America’s domestic critics is often theoretical and exaggerated for effect, while in China the rhetoric of domestic critics is coded, muffled or completely censored because it has to be.

In America, people rightly condemn the legacy of Jim Crow, slavery and apartheid. In China, they have all three, right now. Forced labor is alive and well in China. Ethnic minorities in China are denied access to schools, barred from traveling freely and are routinely discriminated against in the name of Han supremacy. Uighurs, Mongols and Tibetans are victims of cultural erasure and even genocide.

Last week, CNN reporter Omar Jimenez was arrested by Minnesota state police while on air. The governor quickly apologized, and police claimed Jimenez was released as soon as they confirmed he was a journalist. This was surely a lie, since Jimenez identified himself live on TV during the arrest. But it’s worth noting the principle here. Even the police felt it necessary to pretend they didn’t know Jimenez was a journalist as a way to save face. In China, silencing journalists to save face is the principle.

Trump recently ignited a fierce — and fiercely stupid — debate about “censorship” on Twitter, a privately held platform. The alleged censorship was Twitter’s fraught decision to tag one of the president’s ridiculous tweets with a link to a somewhat poorly executed fact-check. In China, where social media platforms are vassals of the state, users are routinely censored (and worse), and reporting facts about the government is a criminal act.

The Chinese government has been having a grand time trolling America over both our peaceful protests and the criminal looting and violence in response to the abhorrent killing of George Floyd. “The death of George Floyd reflects the severity of racial discrimination and police brutality in the U.S.,” Chinese Foreign Ministry spokesman Lijian Zhao declared.

He’s right. But that doesn’t change the fact that in China, racism and police brutality are features of the system, not bugs that need to be worked out.

And then there’s Hong Kong. The Chinese government has been hammering the idea that the U.S. and Hong Kong protests are morally equivalent, and therefore America is hypocritical for condemning China’s crackdown while supposedly doing the same thing here. But in America, all of the responsible voices are asking — nay, begging — protesters to channel their rage at the voting booth. In Hong Kong, protesters are enraged because they’re seeing their right to vote, among other rights, nullified to fit official Chinese policy.

In America, politicians and citizens fight over which policies will best address the lingering evils in our society. In China, politicians fight against the people to sustain the evils of their society. And that’s all the difference in the world.

Dan Frei: No easy answers for Madison cop on this gun call

I do the best with what I can. I hope no one gets hurt. I hope I don’t get hurt, and that I don’t have to hurt anyone.

Dan Frei: No easy answers for Madison cop on this gun call

I do the best with what I can. I hope no one gets hurt. I hope I don’t get hurt, and that I don’t have to hurt anyone.

Reason seems to have gone the way of the unicorn.

Taliesin Preservation Inc. wants folks to understand that the problems between the Frank Lloyd Wright Foundation and the storied Wright School of Architecture in Arizona don't involve the Spring Green operations.

Paul Fanlund: ‘Objectivity’ of the press is again under siege

This time the debate is about who drives the news coverage of our nation’s racial reckoning.

John Kass: When Black children are killed, where’s the outrage from the white and the woke?

As street violence spikes in big cities across America run by Democrats, as parents grieve the loss of their children in the street gang wars,…

Imagine a medical worker, system or administrator deciding to stop treating you because of a religious objection and bigotry toward your very existence. That nightmare scenario is coming true.