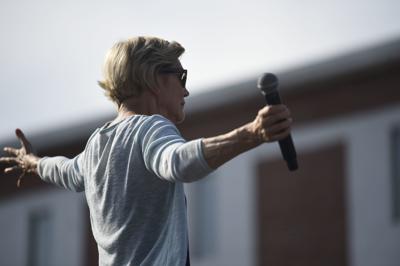 Forget whether the math works. (It doesn’t.) Expecting billionaires to pay for all the nice things is bad for democracy.

One of the more exhausting rituals of presidential campaign season is the effort to make every new proposal “add up.” Sure, it’s better that politicians try to come up with a plan to pay for their wish lists. The problem is that the explanations are often a disguise that make the impossible seem possible, even practical. Fake budgets are the tribute that pandering pays to pragmatism.

You could confiscate the wealth of every billionaire and centimillionaire in the country, and it wouldn’t come close to paying for “Medicare for All” or the Green New Deal.

But let’s pretend that the fantastical (albeit unconstitutional) wealth tax Elizabeth Warren has proposed would work like she claims. Let’s also stipulate that the wealthy wouldn’t respond by hiding their wealth, moving out of the country or cutting back in the sort of investments the government is utterly incapable of replicating. Let’s even concede for argument’s sake that Warren could get her plan through Congress and the courts.

Would that be good for the country?

Warren sees the rich as a natural resource that can be mined for its wealth indefinitely. Well, we have a lot of examples of countries that depend on natural resources to pay for everything. Saudi Arabia comes to mind. Oil revenues pay for almost everything. The problem with such societies is what political scientists and economists call “the resource curse” or “the paradox of plenty.”

It works like this: When the government doesn’t need the tax dollars of a middle class, the middle class has less political power. Virtually everywhere democracy has taken root, starting with England and Holland, it has done so because the middle class demanded representation in return for taxation. That was the heart of the whole “no taxation without representation” thing that led to the American Revolution.

The curse has an economic component as well. The countries that rely on natural resources tend to be poorer because they are less economically dynamic. Think resource-poor Switzerland versus resource-rich Venezuela. Exactly why this widely observed phenomenon works this way is debated, but part of it is surely that the existing stakeholders are hostile toward economic innovation. Another factor: When the state supports you, the incentive to support yourself — never mind be an entrepreneur — is dulled.

But the more important part is the democratic disincentive. Think of the old golden rule: Whoever has the gold makes the rules. (This insight apparently comes from noted philosopher Johnny Hart, the cartoonist behind “The Wizard of Id,” who coined it in 1965). When the bulk of tax revenues come from the people, or at least from the middle class, the government heeds the middle class. When all of the money comes from the aristocracy, as it did prior to the rise of democratic capitalism, the aristocracy made the rules. When it comes from the rich — aka “the donor class,” the “One Percent,” etc. — the rich care a lot more about the rule-making.

Today, the top 1 percent make roughly 20 percent of the money in this country and pay almost 40 percent of federal taxes. Meanwhile, 60 percent of U.S. households receive more money from the treasury than they pay into it. But Warren insists it’s the rich who aren’t paying “their fair share.”

The left used to understand this. For generations they opposed means-testing Social Security because they wanted it to be a broad American entitlement, not a form of welfare.

Americans are practical. When told that the rich can pay for cool stuff, they say “go for it.” When asked if they want the cool stuff so badly that they’d be willing to pay more themselves, they’re much stingier.

The danger of promising that the rich can pay for everything is multifaceted. First, it’s not true. Second, you don’t have to be a student of public choice theory to understand that the more Washington behaves as if it’s true, the more the wealthy will intervene in our politics. And third, the more citizens believe that a small group of undeserving wealthy people are denying them nice things, the uglier our politics will become.

Goldberg is editor-in-chief of The Dispatch and the host of The Remnant podcast: goldbergcolumn@gmail.com and @JonahDispatch.

Jonah Goldberg will lecture on the danger of “tribalism” to our political institutions at 7 p.m. on Nov. 13 in room 22 at Ingraham Hall on the UW-Madison campus. For more information, go to:

OUR VIEW: Center for the Study of Liberal Democracy promotes intellectual diversity, invites conservatives to campus

Back in September 2018, as the Massachusetts junior senator was still mulling a 2020 bid, a poll out of her home state sent shock waves throug…