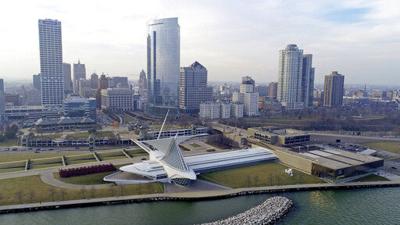 It’s ironic that Trump, the first president born and raised in New York City (or any major city) since Teddy Roosevelt, has hitched his presidency to the idea that “real America” is not to be found in urban areas.

Real America — a term beloved by Richard Nixon — tops the long list of conservative catchphrases capturing the sense of grievance dominating so much of the right these days. Real America is “flyover country,” a term used more by those who resent it than by those who actually use it as a term of derision. In today’s Republican mythology, New York, Los Angeles, Chicago and San Francisco and other major cities are home to the elites — or, if you include the shores of Lake Michigan, the even more hated “coastal elites.”

It’s a funny definition of real America that excludes not just the bulk of the population but also the centers that define so much of our culture and history. After all, the American Revolution is a story set largely in New York, Boston and Philadelphia. When foreigners visit America, they don’t spend a lot of time checking out the grain silos of North Dakota.

Real America, we’re told — mostly by right-wing media figures who don’t live in it — is rural, brimming with country music blared from pickups adorned with gun racks and maybe a bale of hay or a dog in back.

I don’t mean to belittle that America. I like that America and think it’s a repository of values worth celebrating. But American conservatism shouldn’t be reduced to nostalgic agrarianism.

Stadtluft macht frei (“city air makes you free”) is a German phrase dating back to the Middle Ages. Legally, it described a rule that if a serf lived in a city for a year and a day, his feudal master could no longer claim him. But the phrase came to mean more than simply a way of escaping feudal bondage. Cities have long been where the poor and the enterprising go to find opportunity and prosperity, to sculpt their lives amid the economic dynamism that conservatives are supposed to celebrate. Cities are where most immigrants go to pursue the American dream. And it’s not just immigrants from other countries. A good rule of thumb for determining whether a state is trending “red” or “blue” is to look at whether young people are moving in or out.

Of the more than 3,100 counties in the United States, 31 of them account for nearly a third of gross domestic product and the lion’s share of growth in good jobs. The combined payrolls of Amazon and Kroger are about equal to the total number of agricultural workers.

Bizarrely, the GOP has abandoned the battlespace to the opposition. Of the 20 largest U.S. cities, three have Republican mayors. San Diego, at No. 8, is the only one in the top 10. The last Republican mayor of L.A., Richard Riordan, left office nearly 20 years ago. Chicago hasn’t seen a Republican mayor since William Thompson was reelected to a second term in 1927, the year before the debut of sliced bread. Even cities that occasionally elect GOP mayors are usually under the thumb of Democratic city councils.

It’s not like cities couldn’t use some political competition. It’s amusing to watch liberals such as Rep. Alexandria Ocasio-Cortez describe long voting lines in New York City as “voter suppression.” Who runs those elections? Who runs the cities where concern over police abuses are most prevalent? The continued COVID-19 shutdown of major school systems is driven in no small part by teachers unions, which have a near stranglehold in major cities.

Republicans are great at talking about the economic toll of red tape on the little guy. But their policies tend to focus on Fortune 500 firms. What about the small shop and restaurant owners, plumbers, contractors et al.? American cities are looking more and more European these days, as the rich gentrify the downtowns and the poor are banished to the outer suburbs. Reforming urban zoning would probably do more to lift the economic tide than cutting the income tax. But when did you last hear a Republican talk about zoning?

For good or ill, the real America that elected Donald Trump is shrinking. If the GOP doesn’t broaden its horizons, the party will vanish with it.

The Oct. 28 State Journal had a striking column from Jonah Goldberg, "GOP disdain for big cities a losing strategy," about the Republican Part…

Searching for survivors after boat capsized

Searching for survivors after boat capsized