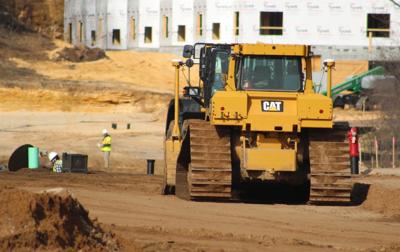 My union, the Wisconsin Laborers’ District Council, has been a fervent supporter of the Bipartisan Infrastructure Bill and its historic $1.2 trillion investment in our roads and bridges, clean drinking water, energy systems and broadband. All of these investments will create good-paying union jobs while helping to transform our economy.

If passed, we estimate that the Bipartisan Infrastructure Bill would increase our union’s working hours in Wisconsin by approximately 35% annually over the 5 years. This will provide greater work opportunities to existing members and provide a new path to construction careers for others. Our union represent nearly 9,000 active and retired laborers in the transportation, building, sewer and water, utility distribution, demolition and asbestos removal sectors.

When the U.S. Senate passed the bill in August, our union was optimistic that the House of Representatives would quickly follow suit. The House set a deadline for Sept. 27 to vote. Unfortunately, the House missed its deadline. And when the vote got pushed back a few days, they missed it again.

We are disappointed and frustrated that a bill that will help so many Wisconsinites and Americans has not been called for a vote.

Progressives in the House — including Reps. Mark Pocan, D-Black Earth, and Gwen Moore, D-Milwaukee — have long been champions for Wisconsin working families. We ask that they help push for passage of the Bipartisan Infrastructure Bill while still negotiating for the Build Back Better reconciliation package.

Dane County supervisors should do as they say, not as GOP lawmakers do

Build Back Better will greatly benefit our country and create additional jobs on top of those created in the infrastructure bill. But we believe that these bills should not be tied together. The infrastructure bill will mean Wisconsinites won’t need to wait on fixing our roads and bridges. It will mean that we won’t be waiting for clean drinking water. And it means that we won’t be waiting for high-speed broadband, regardless of where we live.

Here in Wisconsin, we’re accustomed to the Packers punching the ball into the end zone to score a touchdown and win the game. That’s exactly where we are with the infrastructure bill. We are so close to the goal line.

We need the House to come together to get this win for Wisconsin and our country. The longer we wait, the greater the chance this once in a generation opportunity is fumbled for Wisconsinites and all Americans. So please, Congress, keep your promise. Hold a vote for the Bipartisan Infrastructure Bill.

Schmitt is the president and business Manager of the Wisconsin Laborers’ District Council: liunawisconsin.org.

Canary Islands: Lava flows engulf houses on their way to the sea

Canary Islands: Lava flows engulf houses on their way to the sea