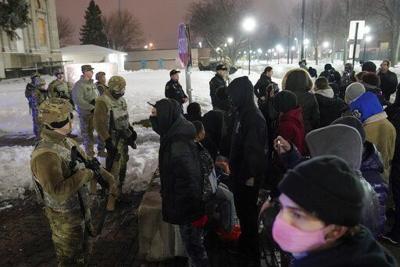 In the immediate aftermath of the Jacob Blake shooting by a police officer in Kenosha last August, the Wisconsin Professional Police Association publicly empathized with those who were deeply impacted by the cellphone video that partially depicted the incident. We also urged the public to reserve judgment until an independent investigation could be conducted to gather additional information and answer the legitimate questions that many people had.

Following the Jan. 5 announcement by the Kenosha County district attorney that he will not charge the officer who shot Blake, we continue to maintain our firm support for these two fundamental propositions.

Regardless of the decision, we recognize that Americans of color suffer from racial disparities that are far too prevalent in our society. As Wisconsin’s largest police group, the WPPA will continue to lead and support efforts to strengthen the relationship between law enforcement officers and the communities they serve. At the same time, we believe the case of Jacob Blake effectively highlights the danger that exists when people rush to judgment without the benefit of more definitive information.

Since the district attorney’s announcement, the WPPA has heard from countless officers who are monumentally frustrated and disappointed with the public reactions of some of our elected leaders. The public statement issued by Gov. Tony Evers expressing disappointment over the decision not to charge the officers is seen as particularly irresponsible.

Gov. Evers and others failed to acknowledge that the comprehensive outside investigation into this case definitively refutes the false narrative that was broadcast all across the globe last summer. At that time, Blake was widely portrayed as an unarmed good Samaritan who was simply trying to break up a fight when he was shot by the police as he attempted to get in his vehicle and leave with his children.

We now know that Blake was attempting to unlawfully take his children in a vehicle that was not his. Additionally, due to Blake’s own admissions, we also know he was armed, he refused to follow the lawful commands of the officers, and he actively and physically resisted the officers who responded to the 911 call that brought them there that day. The statement issued by Gov. Evers does not appear to occupy the same reality as this new critical information.

Gov. Evers could have used the announcement as an opportunity to support the ongoing efforts of the Assembly Speaker’s Task Force on Racial Disparities. Consisting of a diverse cross section of individuals and organizations dedicated to evolving policing and addressing the racial inequities that exist in Wisconsin, the task force is now examining a wide variety of reform measures that it will recommend to the Legislature in the months ahead. A statement from Gov. Evers that was more unifying — and more factual — would have contributed to that undertaking immensely.

Instead, Gov. Evers opted to stoke the flames of partisanship and division, largely on the basis of his own set of “alternative facts.” In doing so, he discounted the exhaustive, independent and transparent investigation into the Blake case, and he dismissed and undermined the invaluable service of our officers and the difficult, split-second, life and death decisions that we expect them to make. Worse yet, Gov. Evers missed a significant opportunity to take more of a leading role in facilitating an informed public dialogue about the state of policing in Wisconsin.

As the nation continues to confront the social injustices that exist in society, we sorely need leaders capable of bringing us together on a foundation of truth. While not nearly as easy as telling people what they want to hear, such an approach is necessary if we are ever to achieve meaningful change for all of our citizens, without compromising the safety and security that each of us has every right to expect.

Palmer is the executive director of the Wisconsin Professional Police Association.

"To me, Mahoney was the example of what law enforcement in the 21st Century needs to be about."

Nick Jonas returns to 'The Voice' after bike accident

Police officer takes to the radio to change opinions

Police officer takes to the radio to change opinions