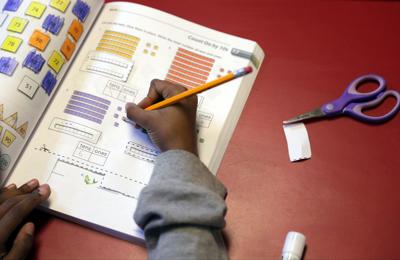 BROOKFIELD — The State Journal last week wrote a comprehensive story about state report cards for schools in Wisconsin. It not only covered the schools in the Madison School District, it expanded to include all Dane County schools.

The story was very well written with detailed information on both the report card itself and the schools that it covered. But it had one glaring omission — Lighthouse Christian School, a Madison school in the Wisconsin Parental Choice Program, which provides parents with public vouchers to attend private and religious schools.

In Wisconsin, every school that educates publicly funded students generates a report card using the same data on standardized tests, graduation rates, attendance, gaps in learning and other measures. The Department of Public Instruction developed and implements the report card. This wealth of information allows for detailed comparisons of schools, except when they are not even included in the conversation.

As a district, Madison enrolls students who are 42% white, 14.5% with disabilities and 48.2% listed as economically disadvantaged. The Madison district report card score is 72.3

Lighthouse Christian enrolls students who are 90% of color, 14.8% with disabilities and 87% listed as economically disadvantaged. Their report card score is 83 based solely on students who attend using a state voucher.

Some schools have higher scores than Lighthouse in Madison. Van Hise Elementary has a report card score of 94.9. But it is also 63% white, 11% with disabilities and only 15% of students in poverty. The seven other schools in Madison with higher scores all have lower poverty and less diversity than Lighthouse.

Madison continued to meet expectations — rated as a three-star district — while the district's high schools posted significant gains, in part due to a change in scoring academic growth.

The footprint of the Private School Choice Program in Madison is small but growing. In Milwaukee, where the population and number of participating private schools is larger, attention is often given to the performance of the many 80/80 schools — those with 80% students of color and 80% students in poverty.

In Madison, Lighthouse is the highest performing 80/80 school. But this really is not hard to calculate. Badger Rock Middle School and Lighthouse are the only two 80/80 schools in all of Dane County. (Badger Rock also has 27% of its students with disabilities and a score of 79.9 — so credit to them).

In the state with the largest racial educational gaps in the country, this seems newsworthy.

Madison's only voucher school is moving to a larger, renovated building on Schroeder Road to keep up with booming enrollment.

Now consider Lighthouse teaches all of its core classes in both English and Spanish and requires Mandarin for every student as well. With all of the well-documented struggles for children in poverty, Lighthouse is rocking. Not surprisingly, its enrollment is thriving.

Stories of racial issues in Madison schools are all too common. Not that long ago, when a proposal to create a charter school focused on a population of boys of color, the white leader of the Madison teachers union killed it.

So when disadvantaged populations in Madison protest to being ignored and forgotten, think of the children at Lighthouse Christian School who are near the bottom in income but at the top academically. Also remember that these kids of color did not deserve a single line in a marquis story on education in this city.

Bender is president of School Choice Wisconsin in Brookfield: Bender@parentchoice.org.

Vice President Mike Pence, who plans to attend a rally today at the state Capitol to bolster “school choice,” may love the idea of spending ta…

Two Christian schools in Madison and one in Middleton are making voucher spots available in 2019-20, joining Lighthouse Christian School in the publicly subsidized program.

In Dane County, 281 students are using a voucher after three new private schools began participating this year in the programs.

The religious school hopes to move to a new site on the Southwest Side with more than double the number of classrooms.

The Madison Christian Giving Fund aims to help faith-based projects that may not be eligible for taxpayer money.