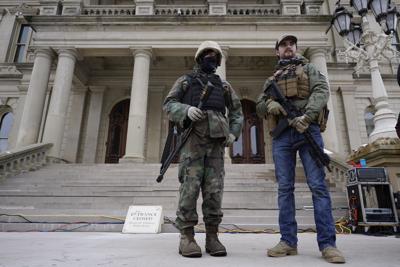 The Kyle Rittenhouse verdict has deadly implications for states such as Wisconsin that allow the open carrying of firearms.

One might be excused for thinking that the right to carry a gun does not give someone more discretion to kill others. After all, the Second Amendment’s language only confers a right to carry. A gun can easily be lethal. But this easy lethality should neither expand the gun owner’s privilege to use deadly force nor diminish the safety of others at the other end of the barrel.

Unfortunately, with Rittenhouse acquittal, the open-carry community now has an additional license to kill.

A person is privileged to use deadly force if he reasonably believes such force is necessary to prevent imminent death or great bodily harm to himself. “Reasonable belief” is a community standard: We determine how much restraint is necessary before one is privileged to kill another, and in doing so, we place a value on the lives of others.

The Rittenhouse outcome in Kenosha suggests that the value we give a victim’s life can depend on whether or not the defendant was armed.

In the incident between Rittenhouse and Joseph Rosenbaum, the plastic bag in Rosenbaum’s hand effectively became an AR-15. Under this view of self-defense, Rittenhouse’s choice to put a gun in his hand puts a gun in our hand, too.

This view of self-defense means that by carrying a gun, Rittenhouse was authorized to use deadly force that if unarmed, he was not privileged to use. Rittenhouse’s use-of-force expert explained this twisted reality. Asked if deadly force against Rosenbaum would be reasonable had Rittenhouse been unarmed, the expert opined, “No.”

Thus, the defense’s own expert confirmed that it was only reasonable for Rittenhouse to kill Rosenbaum because Rittenhouse carried a firearm. Put another way, the defense lawyers asked the jury to assume an unarmed person was armed.

Obviously, being chased by a person wielding a plastic bag does not privilege you to kill that person. What was not obvious, at least until the Rittenhouse acquittal, is that if you carry a gun, you actually can kill a person running at you with a plastic bag. Rittenhouse was correct when he told Fox News host Tucker Carlson that his case was a win for the Second Amendment. The Second Amendment now apparently privileges the use of deadly force for an armed person that an unarmed person cannot use in the exact same circumstances.

A civilian with a gun can no longer truthfully claim it’s for self-defense. Under the law, his decision to carry a gun increases your vulnerability as it reduces the value of your life. A person with a gun can reasonably assume that aggressive movements toward them signals your intent to use their gun against them. The likelihood of violence is increased.

Under this approach, any increased danger caused by the carrying of a gun would be borne by the person who chose to carry it. So a jumpy trigger finger would not be awarded any special privilege, and the lives of those who are unarmed would not be stripped of value.

Perspectives: Commentary on the acquittal of Kyle Rittenhouse

The trial and acquittal of Kyle Rittenhouse ignited national conversations about race, guns, vigilantism and self-defense.

Meyn is an assistant professor at the University of Wisconsin Law School: meyn@wisc.edu.