MILWAUKEE — A ferocious explosion and fireball followed a Wisconsin Central train wreck in the frigid predawn hours of March 4, 1996, in Weyauwega, about 100 miles northeast of Madison in Waupaca County.

Two thousand citizens, many fleeing without pets or medications, evacuated for 18 days as the fires burned. Authorities feared additional explosions that would catapult shrapnel a mile or more from the derailed propane tank cars. Gas lines were shut off. Water pipes froze in unheated houses.

Ever so slowly, specialists drained the railroad tank cars of their volatile cargo, and Weyauwega pulled back from the brink.

Federal investigators blamed a cracked rail and deficient track maintenance for the derailment.

Wisconsin is now one of the busiest routes in the nation for this dangerous cargo. Wisconsin is part of a nationwide surge from 9,500 railroad tank car loads of crude oil in 2008 to 407,761 in 2013.

Connect the dots on the systemic danger the oil trains bring — and the details of the Weyauwega incident — and a reasonable citizen would question if a Weyauwega scale disaster, or worse, is looming. Key points: Highly explosive crude oil from North Dakota is traveling in tank cars that are aging and were never designed with this kind of volatile cargo in mind. In addition, the sheer weight of mile-long oil trains stresses railroad tracks and aging bridges.

Those concerns grew when a Canadian government investigation into the oil train explosion that killed 47 people in Lac Megantic, Quebec, on July 6, 2013, traced that fatal train’s path. The train had traveled through La Crosse, Columbus and Milwaukee on Canadian Pacific tracks before exploding in Quebec.

As knowledge of the dangers of oil train traffic spread, something else became clear: a lack of transparency on the part of the railroads. Milwaukee citizens, local elected officials and journalists sought to obtain safety inspection reports for the corroded, century-old 1st St. railroad bridge in the city. Canadian Pacific railroad officials refused to share the inspection reports for half a year.

The Federal Railroad Administration (FRA) announced a program to obtain bridge safety reports on Feb. 19, indicating some progress. But bridge inspection reports are just the tip of the iceberg. Railroads are not sharing information on what levels of insurance they carry, their plans for a worst-case scenario, or how they make critical routing decisions that bring oil trains through densely populated areas.

Any illusion that federal regulators are exercising effective due diligence on oil train traffic faded when the Department of Transportation released an audit of the FRA on Feb. 26. That report’s opening words cite the Lac Megantic disaster and the vast increase in crude oil train traffic.The audit summarizes FRA’s overview of oil train traffic as dysfunctional and lacking analysis on the impact to towns, cities and major population areas. It also notes a lack of criminal penalties for safety violations.

Eric Hansen, of Milwaukee, is an outdoor writer and a member of Citizens Acting for Rail Safety — Milwaukee Area: ehansen@wi.rr.com. He will speak at a March 12 forum on the topic in Milwaukee.

Paul Fanlund: Baby boomers are the worst generation ever, or so we’re told

Millennial authors Jill Filipovic and Helen Andrews have new books that blame pretty much everything wrong with America on the post-World War II generation.

Plain Talk: The flame of the sport of bowling still burns

"At its heyday, bowling was perhaps the country's most popular participation sport. The Schwoegler family contributed much to its popularity in the Madison area."

Whether you consider them a tribute to body positivity and sexual liberation or a sign of civil and social decline, they are inarguably a hall…

Tom McMillen and Brit Kirwan: The 'arms race' in college sports is out of control. Here's how to stop it

An unsustainable spending “arms race” is occurring among the 130 colleges that belong to the NCAA’s Football Bowl Subdivision. It is compromis…

"There's renewed hope that people in Wisconsin will have a choice to travel other than by the environmentally destructive automobile."

Chicago Tribune: Those rules that got waived for the pandemic? Let’s get rid of them

Once a law or regulation is in place, it’s usually hard and time-consuming to remove. But when the pandemic shut down much of normal life last…

"Newspapers nationwide announced last week that Donald Trump launched a new website at 45office.com, and I could not wait to click on it."

Jerry J. Murphy of Monona is this week’s You Toon winner.

FL: TODDLER SAVES HIMSELF FROM DROWNING 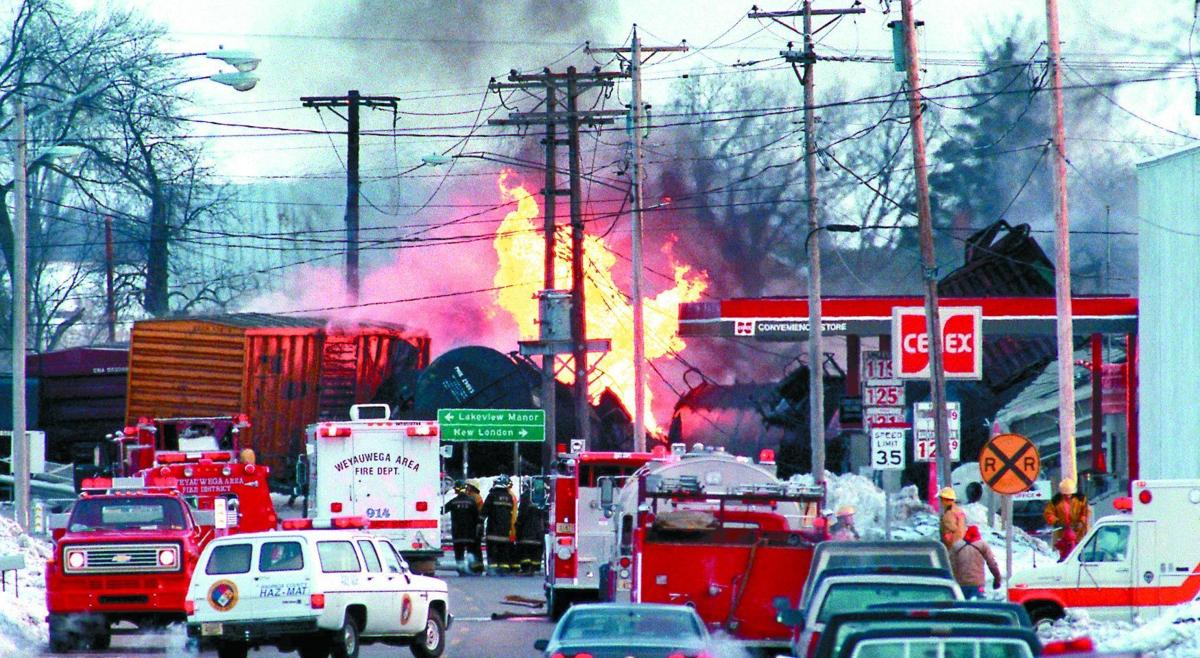 Railroad cars carrying a million pounds of propane derailed in March of 1996 in Weyauwega. One of the cars exploded, flames shot 200 feet into the air, and the entire city had to be evacuated. 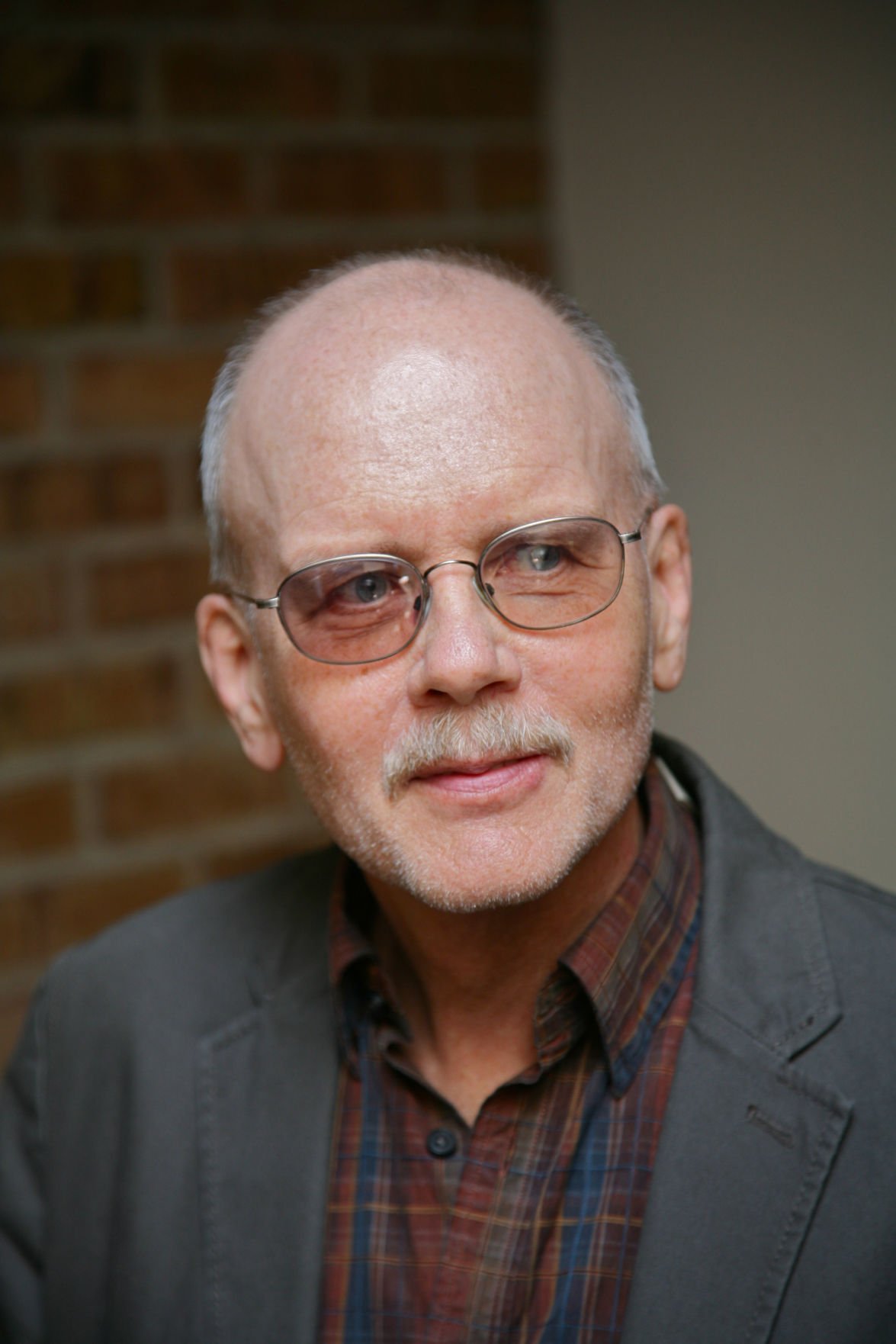