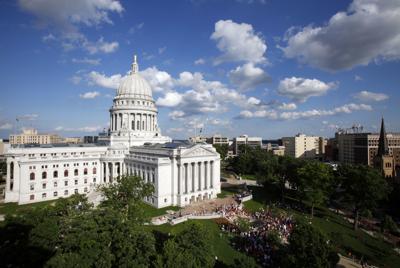 PRAIRIE DU CHIEN — Despite Abraham Lincoln’s eloquent vision of a “government of the people, by the people, and for the people,” our government bears little resemblance to the people. At least not the people I know.

I come from a rural community where government lives just down the block. We suffer the consequences of disagreement, yes, but face them across a table, not across a cavernous partisan divide. “Reaching across the aisle” still refers to grabbing the mayonnaise on the second shelf at the grocery store.

My father served for several years on the county board back in the ‘70s and managed somehow to make more friends than enemies. When he finally lost an election, no one felt worse than his opponent, who came to me to share his angst for having defeated a man he respected.

How that mutual respect and collegiality, albeit mixed with differing opinions, gets lost on the road to Madison or a plane to Washington remains one of the great tragedies of our republic.

We assume this tragedy, the utter chaos in our state and national capitals, merely represents a concentration of those local differing opinions. “This is politics,” we say. This, we surmise, is a reflection of irreparable divisions of the people.

According to the experimental project America in One Room conducted by the Center for Deliberative Democracy at Stanford University, people are able to significantly reconcile their differences if given unbiased facts and the time and setting to discuss them together.

Tackling the most controversial topics, 500 participants from across the political spectrum spent a long weekend discussing health care, immigration, the economy, foreign policy and the environment. The project found that “policies at the far ends of the ideological scale generally losing support among the partisans most apt to favor them while policies closer to the middle gained backing from prior opponents.”

Partisan politics, then, represent an aberration of human behavior, a systemic cul-de-sac that fails to reflect the willingness of the people to meet in the middle. “Deliberative” legislative bodies — and I use that term loosely — employ a toxic mix of power and single-mindedness exacerbated by money and perpetrated by gerrymandering. Whether well-meaning or mean-spirited, politicians get pulled into the vortex of governing by partisan consideration.

Within that partisan vortex, the middle gets lost. Ideology supplants ideas.

The illusion of government resides in the belief that it serves as the instrument of our ideological desires, ranging from medical care for all to the deregulation of business. The nobility of government lies in the tempering of ideology. James Madison said, “The real power lies in the majority of the community.” He saw representative government as a check against “factions” which “united and actuated by some common impulse of passion, or of interest, adversed to the rights of other citizens, or to the permanent and aggregate interests of the community.”

While serving as a page in the state Legislature during the 1970s, I saw nobility occasionally win over illusion. I also saw Madison’s “community” held hostage to the partisan factions that James Madison so feared. I witnessed the very best and worst of government, without deference to nobility or illusion, in a single day.

Yet after hard-fought battles, legislators and staff would gather at the Shamrock Bar just off the Capitol Square for a burger and beer, not unlike the collegiality experienced by my father. Is that possible today? Yes, if we explore the large uncharted region between ideas and ideology and resolve to make a visit. Spend a long weekend. Sit across a table rather than across an aisle and explore the middle — a place so dreaded by partisans it must hold promise.

Whether we gather “America in one room” or at the corner bar, these are the conversations, both passionate and civil — and most important, nonpartisan — that will save America from its worst fears. And create a government that resembles the people.

Partisan politics represent an aberration of human behavior, a systemic cul-de-sac that fails to reflect the willingness of the people to meet in the middle.

Partisan politics represent an aberration of human behavior, a systemic cul-de-sac that fails to reflect the willingness of the people to meet in the middle.

Plain Talk: Wild West's vigilantism is back in vogue

I fret for the future of our country when we rationalize violence and mayhem — no matter which side it's coming from.

If they want to end it — which would be both reckless and unpopular — they should at least have the guts to take a vote and face the consequences with voters. Cheerleading while others fight the mandate in court is wasting crucial time when people are dying from COVID-19.

Wisconsin's own tax system is also loaded up with a collection of special-interest tax breaks that benefit the wealthy and big corporations in the state.

“The clerk’s office shouldn’t be partisan. It’s ridiculous to do it this way," said Alicia Leinberger, independent candidate for Vernon County Clerk. "Why should we have a Democratic or a Republican county clerk?”

Carrie Scherpelz: My mother was a member of the Hitler Youth. I fear the staying power of propaganda

Hitler was a master of both provocative and patriotic propaganda, and so is Donald Trump.