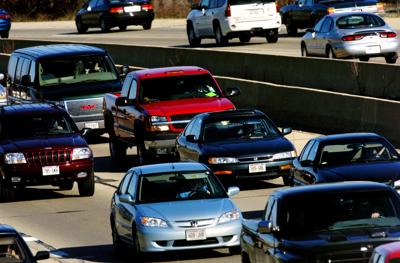 Wisconsin is wisely expanding Interstate 39-90 from four to six lanes from Madison south to the Illinois border.

The much improved and roomier highway will allow people and products to get where they need to go faster and safer as south-central Wisconsin and its economy continue to grow.

Unfortunately, because of Gov. Scott Walker’s poor management of Wisconsin’s transportation system, the state Department of Transportation doesn’t have enough money to do the project right.

The DOT is considering drastic — and irresponsible — changes to its original plans for rebuilding the busy intersection of Madison’s Beltline with I-39-90. One option, according to the DOT, is to build only two lanes each way on I-39-90 through the core of the intersection, rather than three lanes each way, for a total of six lanes.

The result would be a bottleneck of traffic at one of the region’s busiest interchanges.

The DOT has delayed its recommendation for the interchange, which is aging and unsafe because of a poorly designed ramp, which pushes slower vehicles into the fast lane before they exit the interstate for the Beltline. Rather than putting savings over safety, the DOT should recommend a rebuilt interchange with six lanes, mirroring the broader expansion of the interstate to the south.

OUR VIEW: Gov. Scott Walker should finally follow through on offer to increase needed revenue

Gov. Walker’s transportation secretary, Dave Ross, is trying to save money on the project because his boss, for political reasons, has refused to increase reasonable fees on motorists to maintain a solid transportation system.

We’re all for trying to minimize expenses. But Ross thinks the DOT can revamp this major intersection of the Beltline and interstate for less than $100 million — when the original price tag was $550 million.

OUR VIEW: State officials should responsibly plan for more improvements to the congested and accident-prone highway

The dramatic difference in cost suggests the DOT isn’t just shaving expense where it can. It’s gutting the project. And the result will be traffic jams and much greater expense to travelers and businesses because of delays and crashes over time.

Gov. Walker has spent less money on roads than his predecessor, according to Politifact.com, and it shows. Wisconsin ranks 44th among the 50 states for road quality.

A modest increase in the state’s gas tax of 32.9 cents per gallon, which has been flat since 2006, is the simplest solution. The state’s other major source of income for roads, a $75 vehicle registration fee on most vehicles (though hybrids pay more), hasn’t increased since 2008.

It’s time to put public safety and the economy ahead of stale campaign rhetoric about not raising taxes. Rebuild the Beltline interchange and do it right — without skimping for short-term savings.

Editorial: More bad news on the state of our roads

OUR VIEW: The governor's own Department of Transportation predicts 'tidal wave' of project delays

Time to get real about roads and revenue

OUR VIEW: Higher fees may not be popular, but neither is crumbling pavement