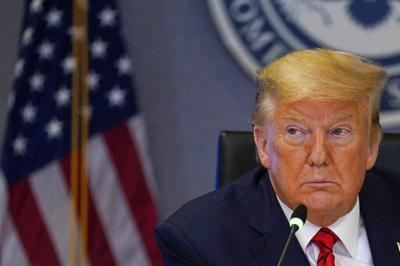 The conservative movement has long fostered a paranoid strain that spreads conspiracies and rejects scientific expertise.

The 1925 Scopes “monkey trial,” in which a Tennessee teacher was prosecuted for teaching evolution, is well known. So is the John Birch Society’s 1950s hysteria over the fluoridation of water, which its members insisted was a Communist plot to poison Americans. And George Wallace was renowned for, among other things, his denunciations of “pointy-headed” intellectuals.

Still, the Republican Party retained a deep reservoir of respect for science, for intellectual prowess, for simple facts. During the 1950s and ‘60s, William Buckley, an Ivy-League-educated intellectual, was a leading light of the conservative movement. The Grand Old Party embraced the science necessary to beat the Soviet Union to the moon. It supported vaccinations and funded research institutions.

But somewhere along the way, that all changed. The GOP is now “the stupid party,” as Bobby Jindal, the Republican then-governor of Louisiana, put it. The nadir of its decades-long descent into know-nothing, flat-Earth denialism was its embrace of Donald Trump, the “very stable genius” who denied that the coronavirus pandemic was a crisis until a few days ago.

Just ask longtime Republican political consultant Stuart Stevens, who wrote an opinion essay decrying the GOP’s “toxic fantasies.” Stevens said, “Don’t just blame President Trump. Blame me — and all the other Republicans who aided and abetted and, yes, benefited from protecting a political party that has become dangerous to America. Some of us knew better.”

The Trump administration sought to slash funding for the Centers for Disease Control and Prevention, dismantled the National Security Council’s global health security office and ignored warnings from infectious disease experts who said the coronavirus would have dire consequences. Then, Trump stood before the cameras for weeks and insisted “the risk to the American people remains very low.”

But, as Stevens noted, this didn’t start with Trump. The GOP’s distaste for science, distrust of experts and dismissal of facts have taken a couple of generations to culminate in this man-made disaster. While nature created the novel coronavirus, the Republican Party created the conditions for the Trump administration’s wretchedly incompetent response.

Over the years, several unfortunate trends came together in the Republican Party, producing a deadly confluence that disrespects science and downplays expertise. One of those trends was the acceleration of efforts by large industries, especially those that produce environmental toxins and release greenhouse gases, to persuade congressional Republicans to doubt the science that held them responsible for causing widespread harm. Dependent on contributions from those industries, the GOP went along, some of them denouncing climate change as a “hoax.”

The crazy also comes with a cultural component. Modern science tends to dispute some long-held beliefs of religious conservatives, including the notion that homosexuality is a mental illness. Mainstream psychologists denounce so-called conversion therapy, which claims to “cure” gays and lesbians. But the Republican Party long ago arranged a marriage of convenience with socially conservative Christians. Many of its current elected officials hail from fundamentalist religious backgrounds. Thus the anti-gay plank in the GOP platform was laid.

At the state level, reactionary politicians have gone so far as to starve the treasuries of their public colleges and universities, since those institutions, as one Tennessee lawmaker put it, constitute a “liberal breeding ground.”

Of course, as Stevens noted, some Republicans knew better. In a newly disclosed audio recording, Sen. Richard Burr, R-N.C., chairman of the Senate Intelligence Committee, is overheard warning a group of wealthy members of a private club on Feb. 27 that the coronavirus could wreak havoc, “probably ... akin to the 1918 pandemic” that killed millions. That was weeks before Trump acknowledged the coming crisis. But did Burr share that with Republican voters, who depend on Fox News for their information?

Of course not. His silence helps explain why, even now, so many elderly Trump-loving voters are ignoring warnings about avoiding crowds and cruises. They believe the propaganda that was spewed for so long, the insistence that the coronavirus warnings are a hoax. That makes them a danger not only to themselves but to the rest of us.

It took the Republican Party a while to put the entire nation at risk, but their self-serving idiocy has now brought us to the brink of disaster.

Last week, the Madison Plan Commission inexplicably rejected a proposed seven-story building on a vacant Langdon Street lot that would have de…

Bridget Maniaci: The Epic empress has no clothes

No company's culture is worth jeopardizing your physical or emotional health over.

Locally owned and operated businesses will be eligible for matching advertising credits for use in the Wisconsin State Journal print and digital publications, as well as our broad suite of digital services.

Joe McCarthy in the 1950s claimed that communists were rampant in the State Department. Ron Johnson claims that the FBI is infiltrated by a "secret society" out to get Trump.

Plain Talk: Trump loves our national parks so much he can't even pronounce them

John Nichols: Marsha Rummel understands the historic moment in which Wisconsin finds itself

Rummel talks about the vital need to frame out new approaches that address injustice, and that recognize, “we can’t go back to the ‘old normal.’”

We take worker safety very seriously at the City of Madison, and are working hard to keep all workers safe from COVID-19.

Shawn Matson: In this house, we share the table

This is an opportunity for us to affirm that when we talk about diversity we have to include diversity of experience and perspective.

Candidates speak out in the race for Wisconsin's 26th Senate District

Candidates make their case to voters, in their own words.