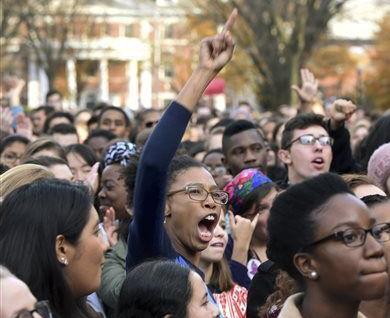 In the free speech wars that have wounded America’s great universities, our University of Chicago has been the veritable vanguard of the resistance.

As far back as 2016, the university’s then-president, Robert Zimmer, was standing up for the right to articulate a dissenting opinion, free from harassment, cancellation or phony claims of making students feel “unsafe,” a word that can be used to shut down almost anything on campus that the majority of students don’t like.

Zimmer, who clearly understood that this core value of his university was coming under serious threat, insisted on allowing his faculty to speak freely and without constraint, all with the righteous educational aim of actually empowering students in the increasingly rare skill of being able to deal with multiple perspectives on complex issues. Critical thinking skills, crucial to solving the problems of a complex world, demand no less.

Better yet, Zimmer dared to make the classic liberal argument that free expression does not diminish diversity and inclusion efforts but actually enhances its power.

Few others in academic leadership took so bold and principled a stand. Some, such as Northwestern University President Morton Schapiro, who will step down next year, offered support but also ran into massive on-campus resistance for their stance. This has not been an easy fight for anyone, and the battle shows no signs of being over.

So it wasn’t surprising to see Zimmer’s name on the list of illustrious academics supporting a new academic institution, the University of Austin. As announced earlier this month, this effort is designed to birth a new private school that will be dedicated to the liberal arts and open to all manner of intellectual thought. Others who expressed support include former Harvard University President Lawrence H. Summers and Brown University economics professor Glenn Loury, a Black freethinker who works in an especially challenging campus environment.

Without question, the impulse to create this new school was motivated by the sense that some right-of-center thought was being squelched on American campuses. It was heralded by free speech advocates who work in the journalistic field, too, including Bari Weiss, formerly of The New York Times, and Andrew Sullivan, formerly of New York Magazine.

“The reality is that many universities no longer have an incentive to create an environment where intellectual dissent is protected and fashionable opinions are scrutinized,” wrote the first president of the University of Austin, Panayiotis “Pano” Kanelos. “We are done waiting for the legacy universities to right themselves. And so we are building anew.”

Such a construction is far from easy. The University of Austin is not yet accredited and won’t offer undergraduate degrees for at least two or three more years. Its initial courses will be virtual, putting it in competition with the online giant Coursera (which was founded by two former Stanford University professors) and the online offerings of legacy institutions. And even if this institution does get to the point where it is offering degrees, or even building a physical campus in its namesake Texas city, it won’t be easy to attract the nation’s finest faculty members or undergraduates.

For all their flaws, the great American universities have built their intellectual exclusivity and prestige over decades (and, in some cases, centuries). Their head start is, shall we say, tough for anyone to counteract. ...

History thus proves fine new universities can still be built, and could be again, especially at a moment when digital technology is upending the creaking structure of American higher education, just as Substack (an online platform allowing independent writers to monetize their work) and the like have disrupted legacy journalism.

But it’s tough. To a large degree, elite schools are an oligopoly. And a cartel.

On Nov. 11, surprising many, Zimmer announced he’d had second thoughts.

He came up with some procedural blather, but it was clear he was discomfited by his new colleagues’ criticism of the very existing institutions of higher education where he had made his career, including the University of Chicago, where he assumed the role of chancellor this fall. Steven Pinker, a cognitive scientist at Harvard University, made a similar exit from the University of Austin, offering up a statement about needing to tend to his own work and (ironically) declining any further discussion.

We understand both why Zimmer wanted to be part of this and why he demurred.

Tempting as it may be, the cold, hard fact of this matter is that free speech advocates will better serve their mission by fighting the good fight on their existing campuses, rather than taking their figurative balls home and making their own school, just as conservatives have their own news networks and social media platforms. ...

Such an educational institution, even in the best of outcomes, would only serve a tiny number of students and would risk becoming a dangerous further ideological polarization within a sector of the culture and economy where America has long functioned as the leader of the world.

The University of Austin has every right to exist and we wish its supporters well.

But places such as the University of Chicago need leaders who will continue to resist pressure and fight for freedom of expression, dissenting viewpoints, unpopular speakers and students who want to learn to think critically by dint of exposure to multiple points of view.

We’d add that a sense of humor and tolerance (both a key part of the history of education in Hyde Park) help, too.

We hope Zimmer will keep up that fight.

I have grave concern for our children in Dane County and Wisconsin.

In overturning Roe v. Wade, the Supreme Court delivered the right’s biggest single victory ever, and it may spell the end of the conservative …

Politics shine light on only part of us

It will increase mobility and reliability at busiest times

Ramesh Ponnuru: America’s Constitution is conservative, like it or not

Conservatives are, by and large, thrilled by the Supreme Court’s recent decisions. It has expanded its conception of gun rights that states ha…

Isaac Lozano: Elon Musk is not the populist he pretends to be

In the latest chronicles of Big Tech’s most contentious tycoon — Elon Musk, chief executive of Tesla, founder of SpaceX and self-described “fr…

If President Joe Biden wants to run for re-election, he should say so clearly and soon — and then start acting like it. Alternatively, if the …

Robin Abcarian: Cassidy Hutchinson is the Jan. 6 witness we’ve been waiting for

Leonard Pitts Jr.: We can be a nation bound by the aspiration to simple values

Guttmacher offers surprising findings on number and availability of procedure