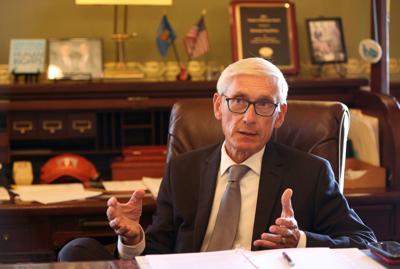 Early in his administration, Wisconsin Gov. Tony Evers was asked to produce a letter he’d gotten from departing Gov. Scott Walker, during the transition. He initially refused, claiming it was a “purely personal” communication outside of the reach of the state’s open records law.

When the Associated Press asked me for comment, in my role with the Wisconsin Freedom of Information Council, I unloaded, calling Evers’ decision “outrageous” and suggesting it should be challenged in court. “If this is how he intends to conduct himself in regard to the state’s open records law, he is going to have a rough time,” I was quoted as saying — accurately, as usual.

Within a few hours, Walker’s innocuous handwritten letter was released. All’s well that ends well. But the episode did raise questions about how committed Evers is to Wisconsin’s long and proud tradition of open government.

In August, Evers was sued in federal court by the conservative MacIver Institute, which alleges that its news service was denied inclusion on a list of media outlets that receive notices from the governor’s office. It also says its reporters were barred from attending a news briefing on the state budget in the governor’s office in late February.

Selectively excluding media you don’t like is a constitutional no-no; just ask President Donald Trump, who got his knuckles rapped when he tried doing it to CNN’s Jim Acosta.

The governor’s spokeswoman, Melissa Baldauff, responded by saying that Evers “is committed to openness and transparency in state government.” But she did not deny that MacIver was excluded, and the Evers administration is apparently bent on using state resources to fight the lawsuit. (Already this year, state taxpayers have shelled out more than $300,000 due to failed efforts by Republican lawmakers to deny the public access to information.)

Evers was also taken to task in September by another conservative group, the Wisconsin Institute for Law & Liberty. It released a report noting that Evers scrapped a public website Walker had created to track compliance with records requests. It also probed whether state agencies were continuing to abide by shorter response timelines set forth in executive orders issued by Walker in 2016 and 2017.

While Baldauff disputed some of the report’s claims, she stated that the Evers team follows state public records law and Department of Justice guidance, “not executive orders issued by prior administrations.”

Yet the orders issued by Walker, who was by no means perfect when it came to open government, are important precisely because they go beyond what the law requires and the attorney general advises. A governor “committed to openness and transparency” should not be ending initiatives that improve compliance.

Rather, Evers should be going further to promote government transparency. For starters, he could check out the “Legislative Wish List“ that appears on the council’s website. Yes, these are things that involve legislative action, but the governor could work to make them happen.

One smart change would be to require public bodies who go into closed session to make a recording that can be checked by a judge if suspicions arise that the discussion went beyond what the law allows. And Wisconsin should definitely end the ability of legislators, alone among state and local officials, to destroy records at will.

In fact, making a conspicuous commitment to expanding open government is one of the simplest and surest ways for politicians to score points with the people they represent. Gov. Evers, the ball’s in your court.

Lueders is editor of The Progressive magazine and president of the Wisconsin Freedom of Information Council, a group dedicated to open government. Your Right to Know is a monthly column distributed by the group: wisfoic.org.

The report from the Milwaukee-based Wisconsin Institute for Law and Liberty alleges Evers has fallen short in maintaining a commitment to transparency.