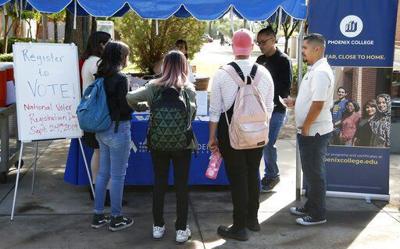 Mainstream media outlets are struggling to explain “Latino” political behaviors and voting patterns in the wake of the 2020 election. They are just as shocked today by the results as they were in 2016, and as they have been every four years since at least 1980.

Back then it was the “Hispanic” vote. Now it’s the “Latino” vote. Who knows? Maybe in 2024 it will be the “Latinx” vote that the media will be interested in ascertaining.

The press may change its language, but it never seems to learn from its errors in writing about communities of Latin American descent. One recent report highlighted the differences in support among the 32 million eligible Latino voters. Though the report broke down the numbers by geographic region, nativity, country of origin, race/ethnicity, education and language preference, it neglected to account for social class.

This is a crucial error, because one of the most salient aspects of the Latino population is the growing class divisions within it. Because of this, it’s becoming less and less useful to speak of “Latinos” as a bloc or as a singular class formation.

In fact, the term “Latino” more often obscures rather than clarifies the politics of specific ethnic or racial communities with growing class divisions.

In particular, we miss the deeply rooted actions that Latino workers take to build political and economic power for themselves and their communities under neoliberal capitalism, irrespective of political parties.

In today’s political terrain, we face an elevated existential threat to our democracy, perpetuated by a faction of Republicans who follow a political and economic ideology rooted in white supremacy.

The pushback to this ideology has been growing in white, nonwhite and working-class communities who share a collective belief in fairness and equality.

Among working-class Latinos targeted by the Trump administration, this pushback is especially strong. It appears weaker among the relatively affluent, especially in communities whose affinities toward U.S. conservatism harkens back to the Cold War.

Here's who really won and lost in this election

And Latinos whose livelihoods depend on law enforcement, the national security state, and fossil fuel industries form another constituency for Trumpism.

Across the country, various Latino communities connected by similar class backgrounds have sprung up and become participants in strategic political alliances that influence local, regional, state and national election results.

The growth of communities often lumped together as “Latino” is reshaping not only our country’s demographic profile but its culture and political ideology. We need to have a finer understanding of the people that make up this category — especially in terms of class divisions — to better understand our future as a country.

Ibarra is an associate professor at the School for Workers at UW-Madison. He wrote this for the Progressive Media Project and Tribune News Service: aibarra@wisc.edu.

John Nichols: Robin Vos is a threat to democracy

"There will be more litigation, and Gov. Evers will have to have his veto pen at the ready to block Vos' gerrymandered maps. But this is a fight that can, and must, be won in order to restore the will of the people as the guiding premise for Wisconsin elections."

Caitlyn Jenner: Biden is our president. I respect that

Operator: Pipeline could be restored within days

Operator: Pipeline could be restored within days