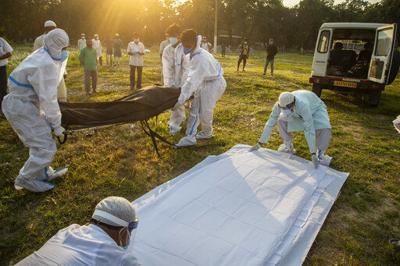 The Indian government is primarily responsible for the COVID-19 pandemic now ravaging the nation.

I am hearing daily accounts from my mother in India about relatives falling sick, getting hospitalized and worse. (My mother, thankfully, is among the tiny percentage of Indians who are fully vaccinated.)

Since mid-April, India has been leading the world in new cases and deaths, with around 400,000 infections and 4,000 fatalities reported on a daily basis. Both categories are undercounted.

The media reports are almost unbearable, with accounts of patients literally gasping to death due to lack of oxygen supply. A huge portion of the blame for all this suffering lies with right-wing populist Prime Minister Narendra Modi and the administration he has helmed for the past seven years.

The Modi government was so busy engaging in triumphalist self-congratulation for the relatively low toll the first wave took on India that it neglected to prepare for the second one. The prime minister actually boasted to the World Economic Forum in January that India was showing the world how to deal with the virus. Indian Health Minister Harsh Vardhan assured everyone in early March that the country was “in the endgame” of the pandemic. The government dismantled treatment facilities set up during the first wave.

A national COVID-19 task force did not meet a single time between mid-January and mid-April. And warnings from a scientific panel in early March that a second wave was imminent were ignored.

Incredibly, from April 2020 to January of this year, India doubled its exports of oxygen, leaving it ill-prepared for this second wave. And despite being a major global vaccine manufacturing hub, India under Modi placed astonishingly low orders for the vaccine with domestic vaccine makers.

India’s vaccination drive lost steam due to governmental mismanagement and complacency. And tens of millions of vaccines were given away or sold to other countries, in good part due to the government’s desire to be seen as a major global player.

Then there were the officially blessed superspreader events. The top official from Modi’s party in charge of a mountainous state allowed a massive Ganges bathing religious festival to proceed in the middle of the pandemic — one year ahead of schedule due to astrological reasons. Millions of Indians took a dip and disseminated the virus all over India.

A pliant Election Commission decided to hold polling in the politically crucial state of West Bengal in multiple stages, reportedly to provide Modi’s party a fighting chance to oust a regional entity in power there. The result, again, was a surge of COVID-19 cases.

Hey, Alliant Energy Center: Thanks for all of those jabs and swabs

In keeping with its Hindu nationalist ideology, the Modi administration has a fondness for junk science that extolls the cow and the traditional Hindu medicinal system called Ayurveda. Two cabinet ministers were present at the launch of a medicine (named Coronil) that a godman known as Baba Ramdev, with a medicinal empire, is peddling as a COVID-19 cure.

Apologists for Modi’s government offer several defenses: The Indian health infrastructure has always been woefully deficient; health is largely a state-level responsibility; and the cavalier attitude of the people explains the skyrocketing infections.

But Modi was elected seven years ago with the promise of transforming the country. While India is much less federal in practice than the United States, Modi’s party or its allies in the governing National Democratic Alliance rule 18 of India’s 28 states. And if Indians started taking things lightly in recent months, wrong messages from the government are at least partly to blame.

The Modi-led government’s deeds of commission and omission have led to India’s cataclysm. That fact should be recognized and remembered long after the current pandemic is gone.

Pal, of Madison, is writing a book on global rightwing populism. He wrote this for The Progressive magazine and Tribune News Service: amideepa@gmail.com.

"What they don't mention is how much they've cost the state's taxpayers, mostly because of their lock-step stubbornness."

"Perhaps nowhere has Kaul’s inability to work across the aisle been more glaring than on the stalled efforts to pass beneficial legislation on rape kits."

"As these facilities continue to grow in size and numbers, it’s time to set some benchmarks."

Diver describes being nearly swallowed by a humpback whale 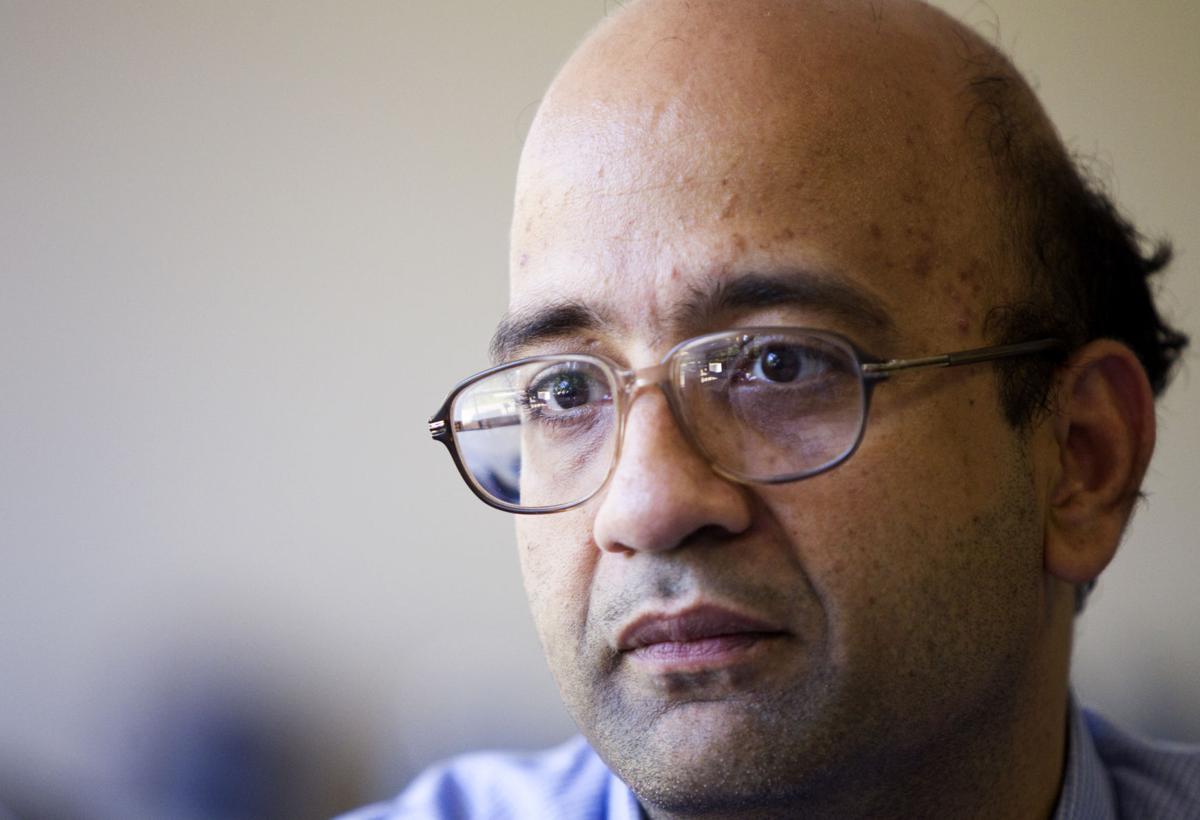 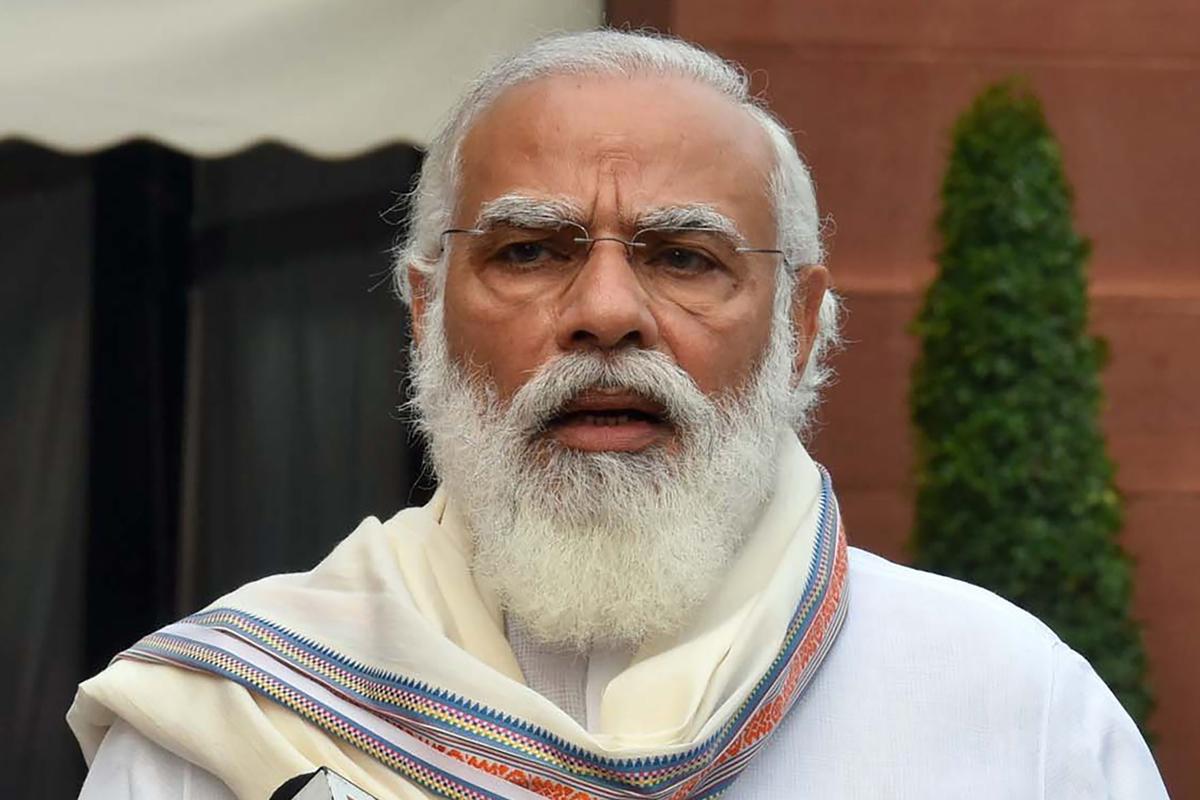