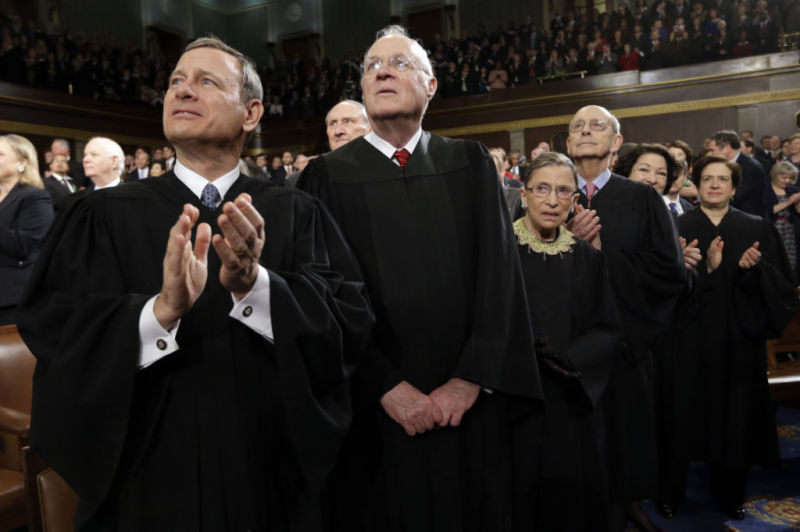 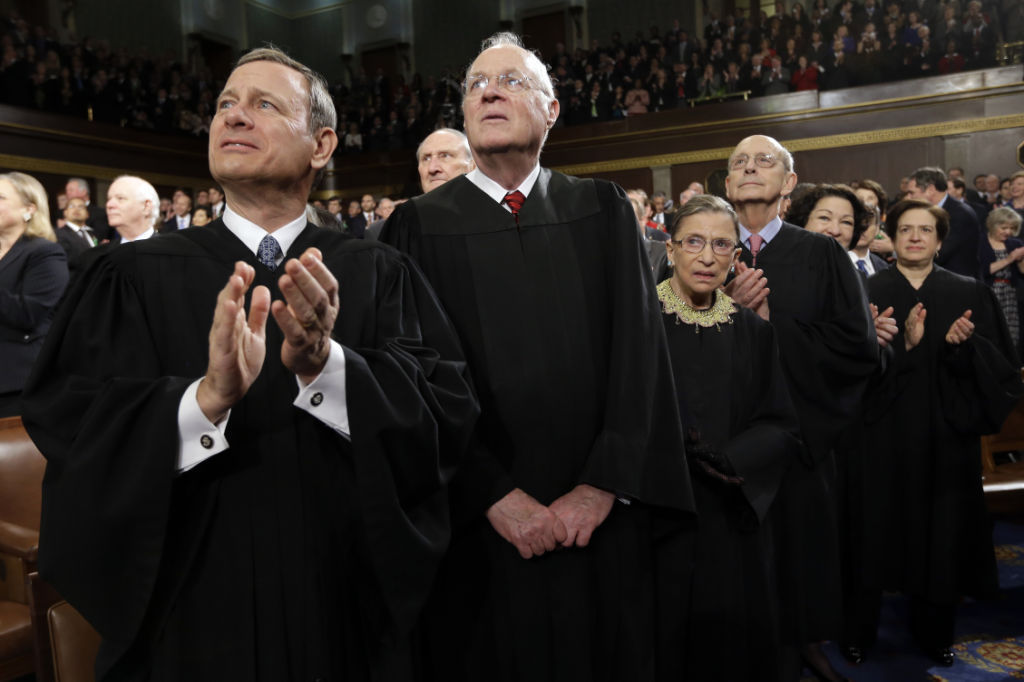 The U.S. Supreme Court — including, from left, Chief Justice John Roberts and Associate Justices Anthony Kennedy, Ruth Bader Ginsburg, Stephen Breyer, Sonia Sotomayor and Elena Kagan — is expected to rule any day on whether the government can keep giving subsidies to people who get health insurance on the Affordable Care Act's federal exchange.

The nation’s high court just threw out aggregate limits on how much wealthy people can donate to political campaigns each election cycle.

Before that, the U.S. Supreme Court gave its blessing to unlimited corporate and union spending on electioneering.

And just last week, a federal judge in Milwaukee suggested political campaigns can coordinate their efforts with groups that run phony “issue ads” before elections. The ads obviously try to influence voters before they head to the polls, yet these ads dodge normal disclosure rules by not explicitly urging a vote for or against a candidate. It’s a huge loophole.

With all the big money spent on electioneering, voters at least should be able to know who is saying what to try to sway them.

And on this point, the same high court that says money is speech has urged elected officials to require robust disclosure of donors — including for outside groups.

Congress and the Wisconsin Legislature need to act.

“The public has an interest in knowing who is speaking about a candidate shortly before an election,” Justice Anthony Kennedy wrote as a side opinion in the Citizen United case, which unleashed more corporate and union money in 2010.

Chief Justice John Roberts and every member of the high court except Justice Clarence Thomas agreed on the need for disclosure.

“The First Amendment protects political speech; and disclosure permits citizens and shareholders to react to the speech of corporate entities in a proper way,” Kennedy wrote for the court’s 8-1 majority. “This transparency enables the electorate to make informed decisions and give proper weight to different speakers and messages.”

Wisconsin requires disclosure of money that goes directly to politicians’ campaigns. But the state still hasn’t unmasked the anonymous donors who pay for ads touting or attacking candidates in the days leading up to elections.

Eighteen states have adopted strong disclosure rules, according to Common Cause in Wisconsin. This includes California and Massachusetts, which tend to favor Democrats, as well as Idaho and Oklahoma, which lean Republican.

Chief Justice Roberts wrote this year that “disclosure of contributions minimizes the potential for abuse of the campaign finance system.”

WHAT DO YOU THINK?

Does the public deserve more disclosure of political advertising before elections? Send your views, 200 words or less, to wsjopine@madison.com or to Letters to the Editor, P.O. Box 8058, Madison, WI 53708. Please include your address and phone number for verification. A selection of responses, received by Wednesday, will appear in Sunday's newspaper and online.

The U.S. Supreme Court — including, from left, Chief Justice John Roberts and Associate Justices Anthony Kennedy, Ruth Bader Ginsburg, Stephen Breyer, Sonia Sotomayor and Elena Kagan — is expected to rule any day on whether the government can keep giving subsidies to people who get health insurance on the Affordable Care Act's federal exchange.