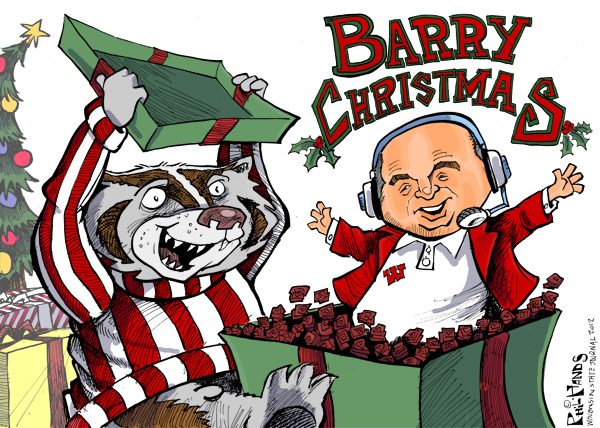 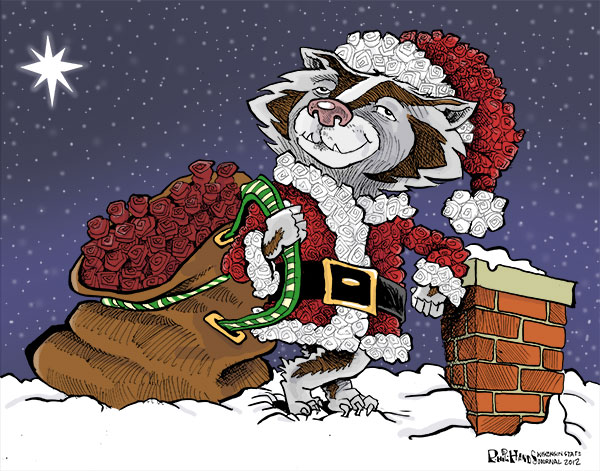 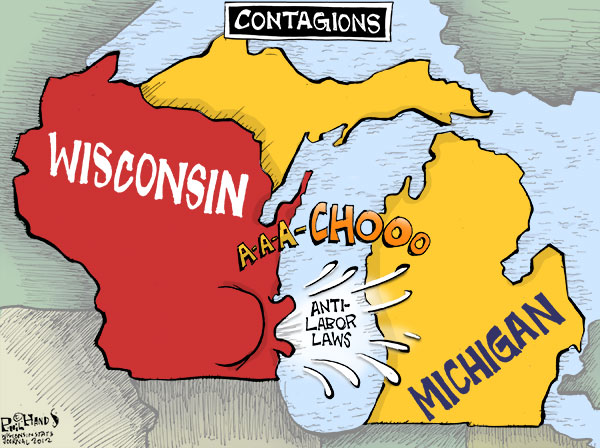 For Wisconsin Badgers football fans, the past week has been a wild ride of emotions, capped when a fantasy-type "what if" scenario became reality, all within a headspinning few days.

First spin: The Badgers, clearly unmindful of their less-than-inspiring season to date, show up with a vengeance last Saturday night in Indianapolis and rout always-tough Nebraska by a shocking score of 70-31 in the Big Ten title game, thereby securing a third consecutive Rose Bowl appearance. Fan reaction: How did that happen?

Next spin: Head coach Bret Bielema stuns Badger Nation three days later by announcing he's leaving the Badgers in favor of the Arkansas Razorbacks and the lofty Southeastern Conference. Fan reaction: What? Why? How? (And, what is that goofy hog cheer all about, anyway?)

Third spin: After a day of speculation and rumors, Bielema on Wednesday afternoon at his press conference in Fayetteville, Ark., confirms the great hope of Badgers fans that former coach and now athletic director Barry Alvarez will, in fact, coach the Wisconsin team in what now shapes up as a potentially glorious and previously unimaginable return to the hallowed Rose Bowl. Fan reaction: Wow!

The end result of all this college football commotion: Barry's back, baby, and he's ready to kick some Stanford you-know-what in the Rose Bowl on New Year's Day.

UW players have made it known they're thrilled to have Alvarez back on the sidelines. In fact, the seniors asked him to do it. And Wisconsin fans from Ashland to Beloit, from La Crosse to Sturgeon Bay and all points in between, are beyond tickled that the venerable Alvarez, now seven seasons removed from coaching duties, will again lead the Badgers in their trip to Pasadena, Calif.

Suddenly a season that lacked luster has a whole new feel. Alvarez, who is 3-0 in Rose Bowl games, retired as Wisconsin's all-time winningest coach with 118 victories. Now, remarkably, he has a chance for No. 119. Headspinnng aside, the 2013 Rose Bowl just got a lot more interesting.

Badgers football: Barry Alvarez on coaching the Rose Bowl: We’re going out there to win

The Badgers’ all-time winningest coach will look to build on his 118 career victories against Stanford on Jan. 1 in Pasadena.

A source close to the UW football program said the team's captains reached out to Barry Alvarez and asked him to coach. Alvarez said he would be "honored" to do so.

Watch Now: States with the most distracted teen drivers

Watch Now: States with the most distracted teen drivers