Tom Gitter was 19 and just back in the United States from combat in Europe when he was sent to prepare for Operation Downfall, the proposed invasion of Japan in August 1945 to “finish the war.” He was told by a military officer 70% of the troops would not make it back to the states.

After the war in Europe was over, Gitter said, he was among the first to be sent back to the U.S. The trip home was temporary for the Hortonville native, and his 30-day furlough ended with instructions to head to California for further training.

“We were studying beach landings,” Gitter said. “We came in a little boat, landed on San Clemente Island. We were practicing to land in Japan.”

He said he and many other troops were on the way to the Philippines, one of the staging areas for U.S troops preparing to invade Japan, when the U.S. dropped atomic bombs on Hiroshima and Nagasaki.

“Odds are, I would’ve never made the beach,” Gitter said.

The troops ended up in the Philippines, and Gitter said he was there for a year waiting to get discharged. He said he and others passed the time by hitchhiking to Manila and touring Corregidor Island and the Malinta Tunnel, sites known from earlier in the war.

Gitter has lived in Madison since he returned from the Philippines in the spring of 1946.

He’s one of 389,292 WWII veterans alive in 2019 out of the 16 million Americans who served, according to the U.S. Department of Veterans Affairs. Roughly 294 are dying each day, and the National WWII Museum expects the number of living veterans to fall below 100,000 in 2024. There are 8,404 WWII veterans living in Wisconsin.

He received the Combat Infantry Badge, an accolade he said he is particularly proud of, the first time he was shot at by German soldiers.

“There’s no experience in the world you’ll ever have like somebody shooting at you and trying to kill you,” Gitter said.

Gitter took his wife, Louise Gitter, to Europe about 15 years ago because he wanted to show her the route he fought along, from the Rhine River all the way to Munich. He said his first combat experience was at a synthetic coal factory along the Rhine River, where he and the rest of the 86th Division held their first position and intercepted German activity through raids and patrols.

Up until the trip to Europe, Louise said he rarely spoke about the war other than sharing some stories and souvenirs with their grandchildren. She said she never even knew about all of the keepsakes he had packed away.

“He started getting stuff out and showing it to the grandsons that were coming around, and they were fascinated,” Louise said.

This eventually led to Gitter getting involved at the Wisconsin Veterans Museum, where he volunteered and gave tours for a few years. He then started visiting schools and senior centers to talk about his experiences, with Louise’s help, after one of their granddaughters volunteered Gitter to come to her eighth-grade class seven years ago.

Life after the war

Gitter started pharmacy school at UW-Madison in the fall of 1946. He met his wife of almost 70 years when she was a freshman at the university in the fall of 1949. He said he stayed in Madison after graduating in 1950 because he was “courting Louise” at the time.

Gitter worked at a Rennebohm pharmacy on University Avenue and managed the store for 10 years before buying his own store and running it for over 30 years with the help of his wife and their six children.

He went on an Honor Flight in 2014, visiting Washington, D.C., with one of his sons who traveled as Gitter’s guardian.

Gitter said he plans to continue sharing as long as he can because he tells “a great story,” while Louise said she wants to make sure children understand the bigger picture that “war is terrible.”

More than $5,000 in donations launch season's effort to provide children's toys for Christmas

You can help again this year.

For many local families struggling to meet basic needs, the Empty Stocking Club is a game changer.

I very much enjoyed the State Journal's Veterans Day feature about World War II veteran Tom Gitter. I admire Gitter for his bravery, for his s…

The State Journal did an excellent job publishing my experiences as a combat soldier in Europe in 1945 in the 86th Infantry Division. I am tha… 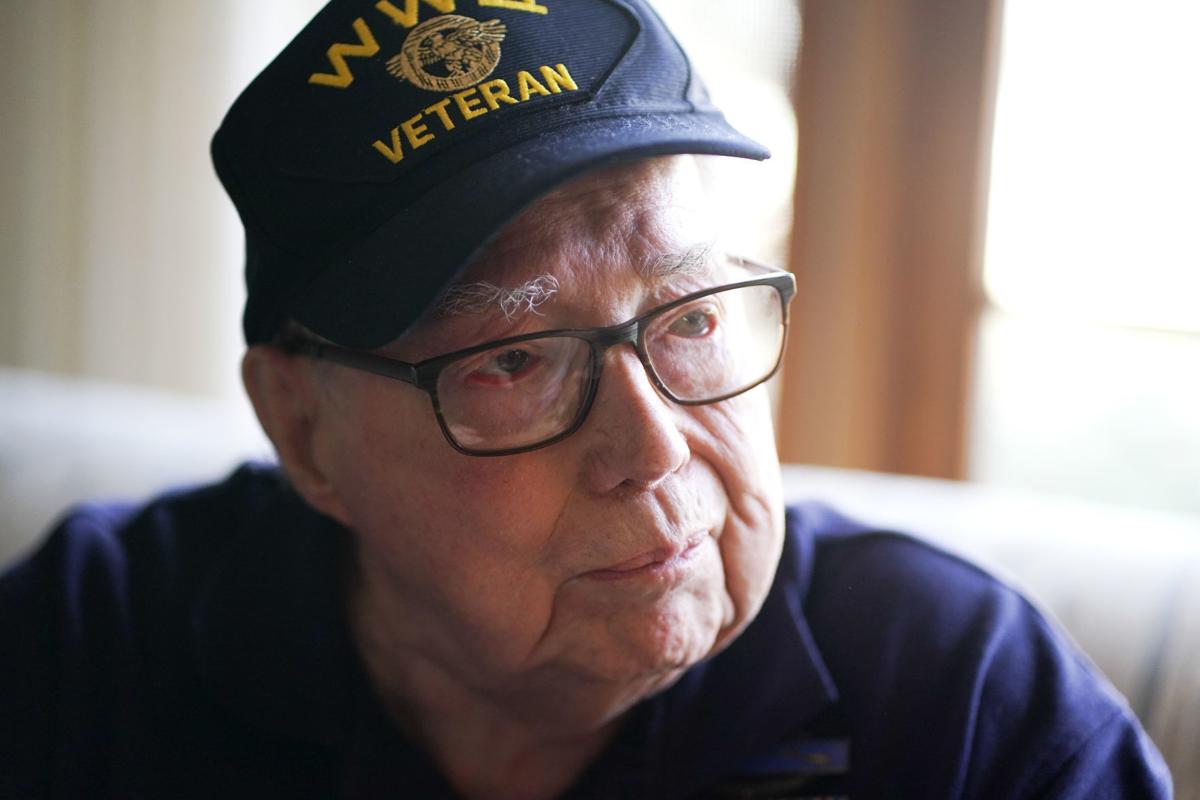 Veteran Tom Gitter, 94, talks about his World War II experience at his Madison home. His combat experience in Europe took him to Munich, and he was on his way to join Operation Downfall, the planned invasion of Japan, when the war in the Pacific Theater ended. 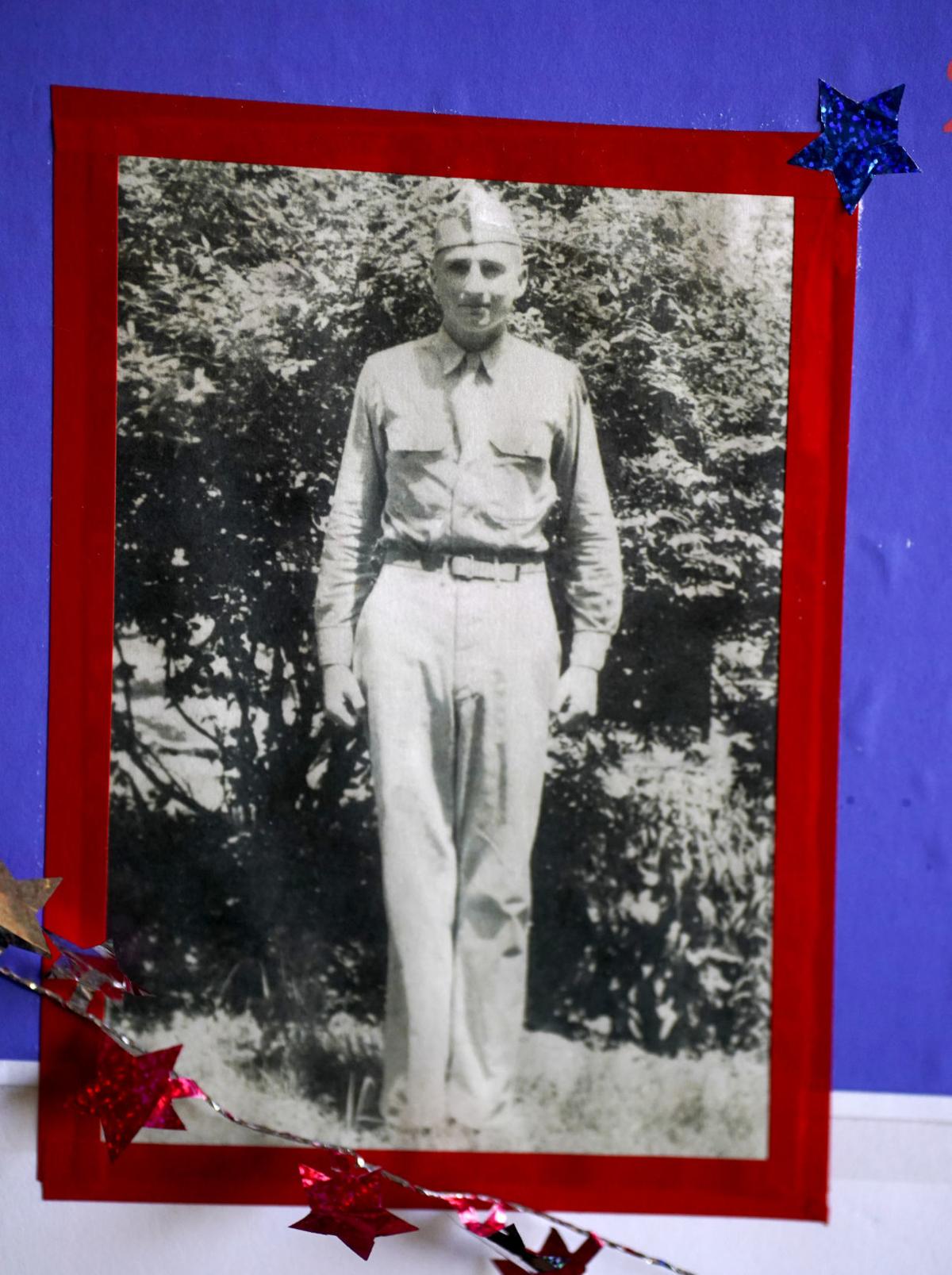 Tom Gitter in his early years, right before he left for Europe to fight in World War II. 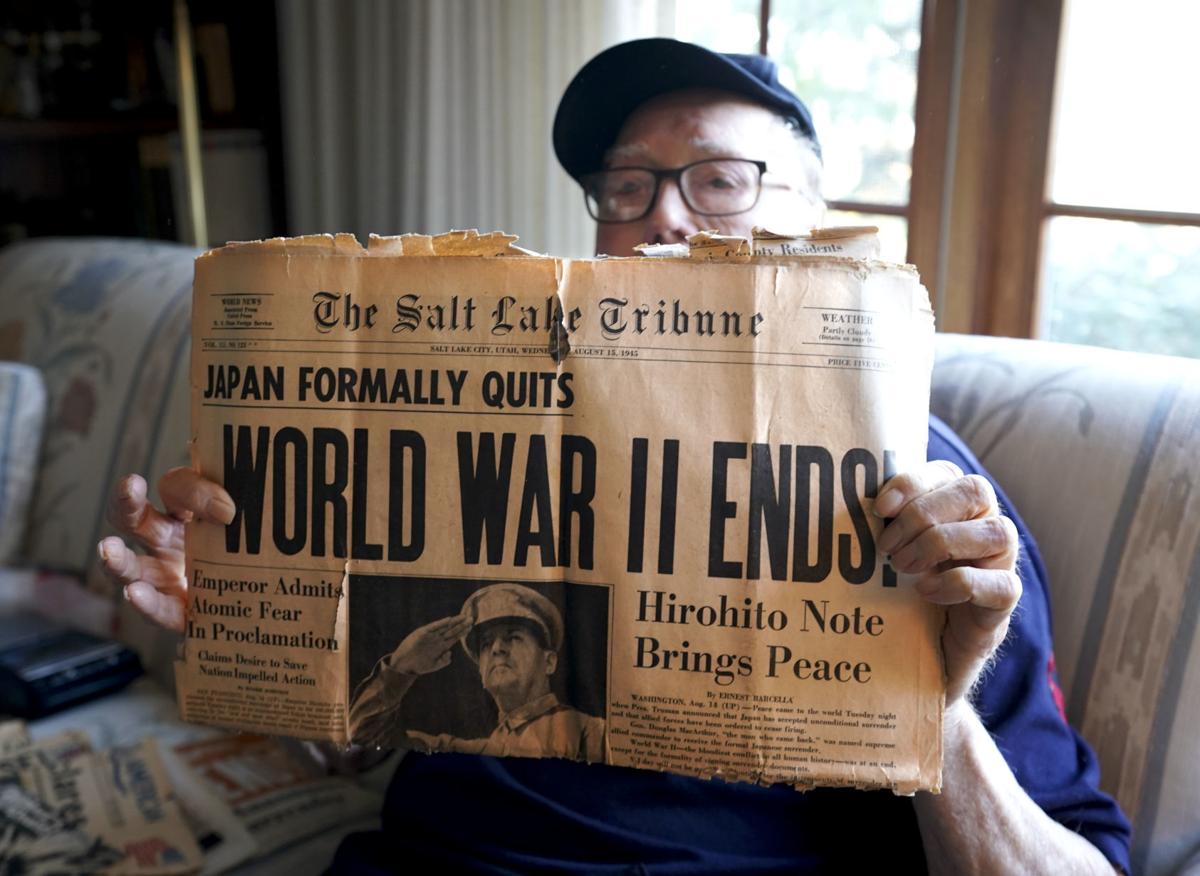 Gitter shows one of his newspaper clips announcing the end of World War II, the "happiest day of my life." 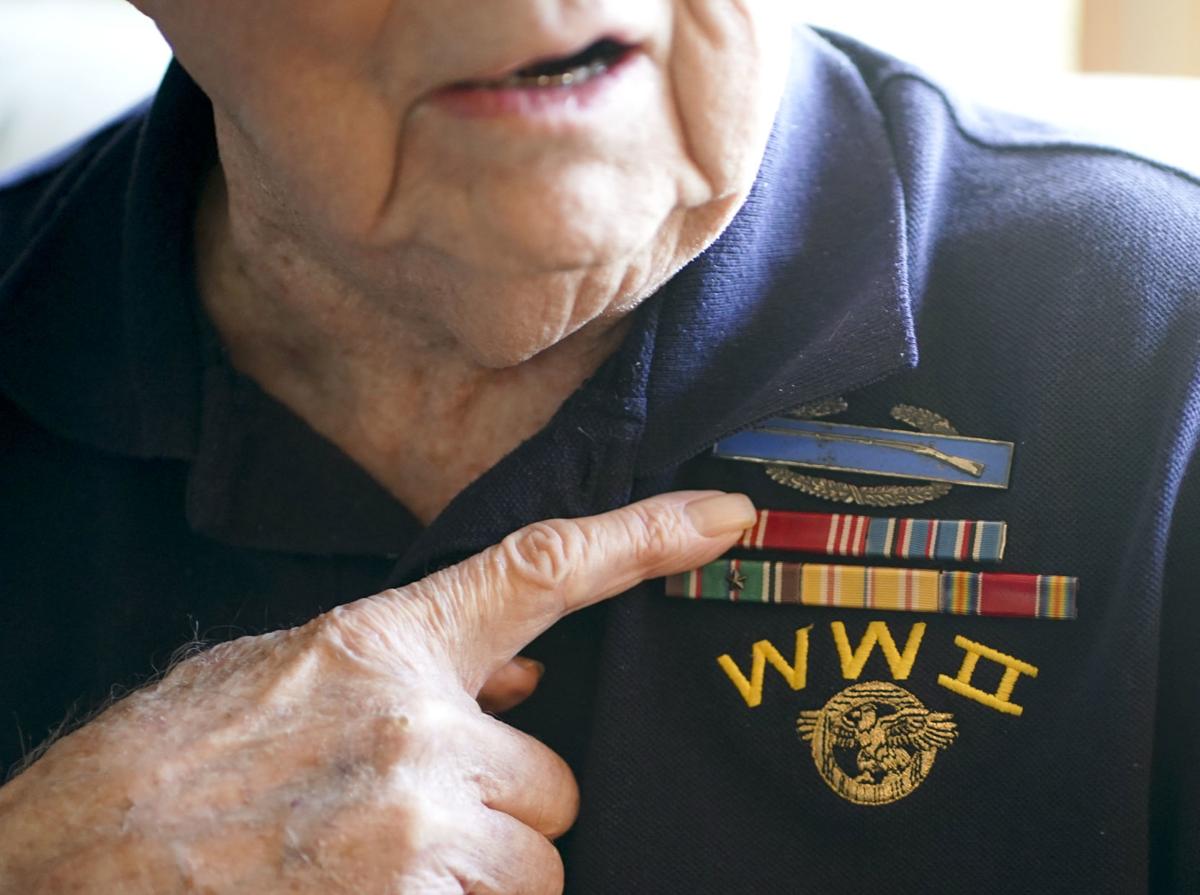 Gitter showing some of the medals he wears proudly as a WWII veteran. 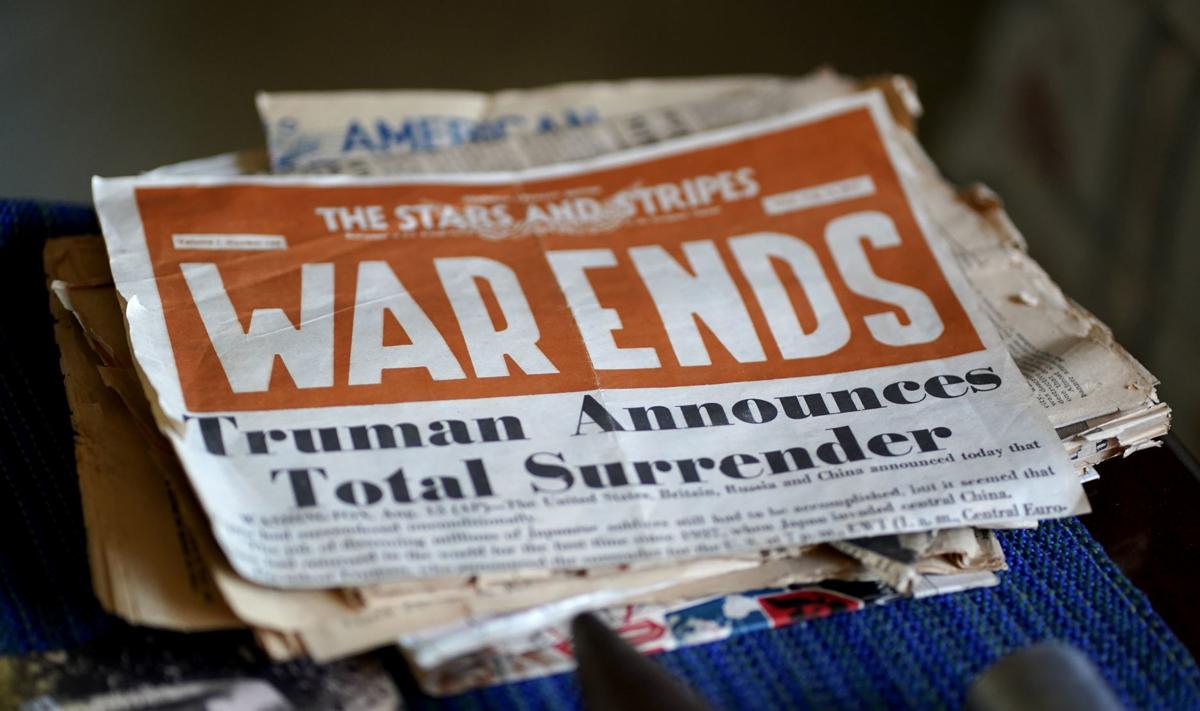 Tom Gitter's wife, Louise Gitter, said her favorite story of her husband's is when American planes dropped surrender leaflets signed by Harry S. Truman in Germany when the war was almost over. Tom Gitter and the rest of the troops were confused as to why Truman, who they thought was still the vice president, was signing the papers, not knowing that President Franklin D. Roosevelt had died two weeks earlier.