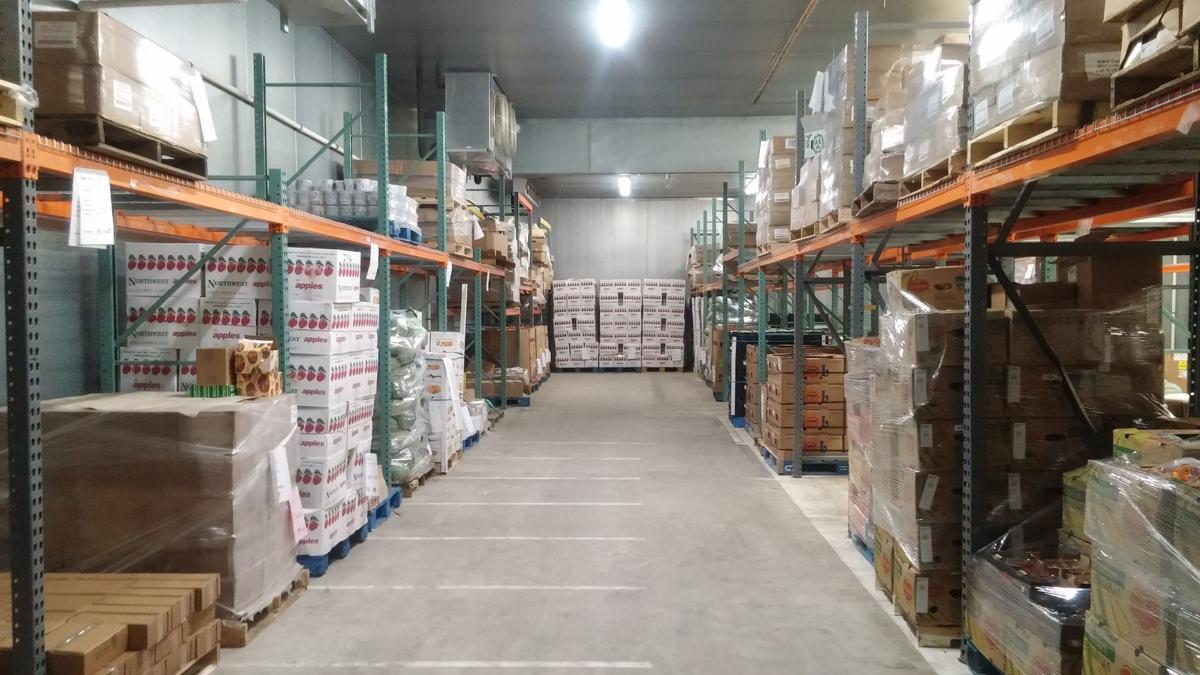 Two refrigerators were connected during the project at Second Harvest Foodbank of Southern Wisconsin on Madison's Southeast Side, adding 33 percent more space to the refrigerated area and increasing efficiency. 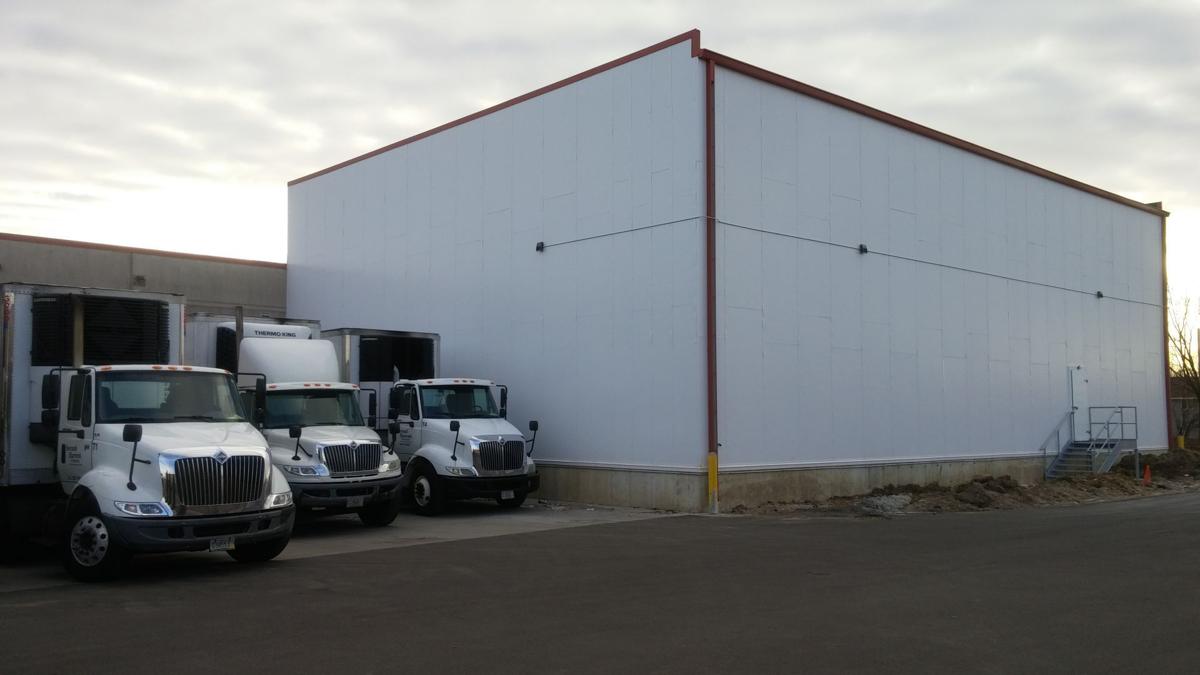 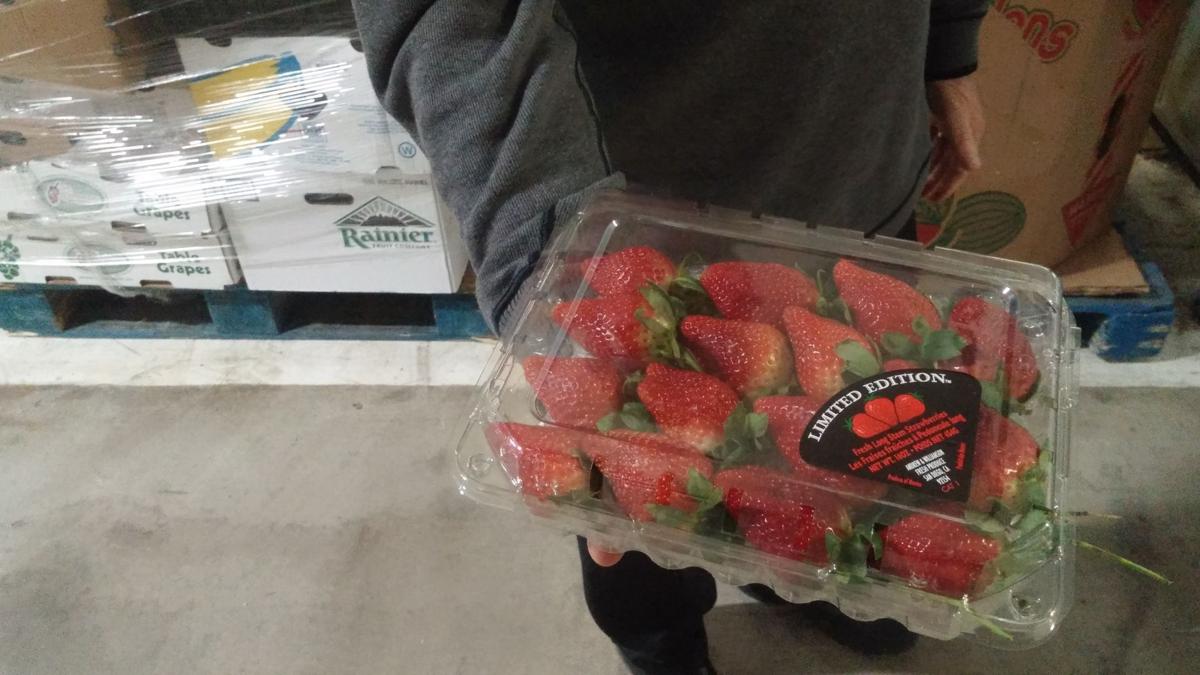 Dan Stein, president and CEO of Second Harvest, shows a package of donated strawberries. He said food is donated to the organization for many reasons, including overproduction and produce of good quality but that isn't visually appealing enough for grocery stores.

Second Harvest Foodbank of Southern Wisconsin, a critical supplier of food pantries and other hunger-relief charities, is nearing the end of an expansion of its Southeast Side facility that will increase efficiency and storage capacity, particularly for fresh food.

The $2 million project included connecting two existing refrigerators, doubling freezer space and the number of loading doors, and adding a third volunteer room where food is inspected and prepared for shipment.

It will better serve the food bank, which distributes donated food to programs and organizations in 16 Wisconsin counties, by increasing its operational and storage capacity, said president and CEO Dan Stein.

“Not only do we need to meet more of the need, but we wanted to do it with healthy, nutritious food. We didn’t have a facility that could adequately store that dramatic increase we have to bring in to meet that need with proper, healthy food,” Stein said.

Construction began at the building at 2802 Dairy Drive in June, and only minor work remains, such as installing additional doors to the refrigerator and freezer.

Around the same time, Second Harvest began a capital campaign to fund the efforts. Stein said Second Harvest planned for the donation drive to take 18 months to two years, but it reached its goal in seven months.

Stein said the project is already showing its worth. Soon after the added freezer space became operational, a supplier offered Second Harvest two semi-truck loads of frozen chicken, he said. Had the expanded capacity not been available, the organization would have had to ask other businesses to store the donation or pass on it, Stein said.

Other ideas to increase capacity had been explored, Stein said, such as moving to a new location or constructing a secondary building in another city, but the expansion was the most economically feasible option, he said.

Judd Schemmel, the community investments director of the Madison-based insurance company’s Dreams Foundation, said solutions to food and housing insecurities are one of the foundation’s focuses and called Second Harvest a “key cog” in addressing the problem.

“(The project) means more food in the community for those of need, but it also means healthier food,” Schemmel said. “Second Harvest has a very broad reach and a very strong impact in this area of food insecurity.”

Second Harvest is now seeking $200,000 to help the organization maintain the expanded capacity and bring more food into the distribution facility.

“We built the addition. We built it more efficient with more storage. Now we want to fill this house,” Stein said.

Baum Development is confident that critical federal New Market Tax Credits will be secured and that the project is poised to move forward.

The design would raze a half-century-old strip mall for the market as well as significant new commercial and residential space.

Two refrigerators were connected during the project at Second Harvest Foodbank of Southern Wisconsin on Madison's Southeast Side, adding 33 percent more space to the refrigerated area and increasing efficiency.

Dan Stein, president and CEO of Second Harvest, shows a package of donated strawberries. He said food is donated to the organization for many reasons, including overproduction and produce of good quality but that isn't visually appealing enough for grocery stores.