WEST ALLIS — The crowd arrived more than 30 minutes before the show in search of prime seats in the shade to nibble on popcorn, chew on deep-fried meat and nurse a beer.

But when the lights went up on the Bank Mutual Stage at the Wisconsin State Fair last week, those that packed the bleachers and nearby picnic tables, or who stood in the back or briefly hovered above on the Sky Glider, got a full blast of the talent, energy and enthusiasm harbored by 35 of our state’s most gifted performers.

Hope Riesterer, of Germantown, nailed her rendition of Dolly Parton’s 1973 hit “Jolene.” Lexie Chiasson, from Kenosha, sounded pretty close to Ann Wilson of Heart when she belted out “Barracuda,” Nathan Kelly, of Milwaukee, nailed Johnny Cash, and Nathan Huberty, of Elkhorn, wore a white jumper as he swiveled his hips during an Elvis impersonation.

And when Emelia Roberts, from New London, and Nick Pavelic, of Grafton, teamed up for “Gentle On My Mind,” made popular by Glen Campbell, who died last week, you could hear the audience gasp and then applaud in approval as the number began.

For nearly 50 years, the Kids From Wisconsin have been one of the largest and most consistent draws to the fair that has no lack of distractions with its rides, animals, stages, food, exhibits and contests. For the past 35 years, the troupe of 15- to 20-year-olds has performed daily, sandwiching the 11-day schedule around a tour that takes the group around the state for two months each summer.

Only the racing pigs and the main grandstand outdraw the Kids, who this year are cranking out more contemporary numbers as a way to draw in even more crowds, not only at the fair but at the group’s 33 stops around Wisconsin and in Dubuque, Iowa, and Round Lake Beach, Illinois.

“I think people have responded really well to that,” said Andryi Nahirniak, 18, a singer and dancer from of Cottage Grove. “It reaches out to a lot of different types of crowds so no matter who’s there you can always reach them.”

The Kids from Wisconsin program was conceived out of the turbulence of the late 1960s.

In 1969, Mark Azzolina, a retired U.S. Air Force lieutenant colonel, hand-picked a musical staff to select and train the Kids at their first 17-day camp. The project came from Herbert P. Velzer, chairman of the State Fair board, and fair administrator Vernon G. Wendland, who were acting on a request by the late Gov. Warren P. Knowles who wanted to “show the nation the best face of Wisconsin’s youth.”

Since its founding, more than 900 young adults have taken part in the program that became a non-profit organization in 1982. In 2016, the organization had revenues of just over $475,000 with the 33 members from 17 counties playing before an estimated 120,000 people.

For this year’s season, more than 400 people auditioned in January and February with 22 singers and dancers, 13 musicians and eight under studies selected. The group moved into the Tommy Thompson Youth Dormitory at State Fair Park and began rehearsing June 4 for their first performance on June 22 at Nathan Hale High School in West Allis before heading out for a series of shows in northwestern Wisconsin.

Those who audition also need letters of recommendation from teachers and peers.

“We want quality kids. This is a summer-long program and they have to be trustworthy and kind. It’s not only talent. We’re looking for that wholesome quality of a Wisconsin kid,” said Tina Weiss, the group’s executive director. “Sports always gets recognized, but we are Wisconsin’s musical ambassadors and we don’t get the recognition. We’re still relevant. We’re still around.”

The group was forced to move out of State Fair Park to dorms at Marquette University during the fair but will return to the park dorms this week and wrap up the season with performances at Monona Grove High School on Tuesday, Fond du Lac on Wednesday, DePere on Thursday and Waterford on Friday.

But while the Kids hail from 28 different communities, there is a strong presence from the Monona Grove School District.

It starts with Taras Nahirniak, who is heavily involved in theater productions at the high school, where his wife, Lori, is also the choral director. Taras, who is also the music director at Bethany United Methodist Church in Madison, joined Kids in 1990 as the rehearsal accompanist and soon after began assisting with choral rehearsals and writing arrangements.

Over the last 10 years, Taras has written over half of the custom arrangements performed by the Kids show. He plays a key role in planning and musical direction of performances and this year assumed the role of producer after the retirement of Mark Dorn, who produced Kids for 21 seasons, Weiss said.

Andryi Nahirniak is his son, who played roles this season as Tom Jones and took the lead on a Journey song, while another son, Mykhailo Nahirniak, 28, is a sound and light technician for the show and is working on a musical education degree at UW-Whitewater. Their sister, Tatyana, was also in Kids in 2010 and 2011 and for the last year has been playing the lead in a Broadway national touring show of “Cinderella.”

“It’s a family tradition,” said Andryi, who was in “Shrek,” “Big Fish,” “Legally Blonde” and “Les Miserable” in high school. “I’ve always grown up with (Kids) so I was always able to just see what it was like and I’ve always wanted to be part of it.”

His brother, Mykhailo, who works with several musical groups in the Madison area, spends each show behind a light board.

“I definitely get lots of experience. It’s a tour so I’m using all sorts of different types of technology,” Mykhailo said. “One of the things that really helps the Kids is that it’s a tour. We try to make it very professional, like something they would see in the real world.”

Kevin Guenthner, 18, of Cottage Grove, was in show choir, tennis and AV Club in high school and plans to study electrical engineering at UW-Madison beginning next month. This summer, as part of Kids, he has donned a red headband and sunglasses to lead “It’s Only Rock and Roll” by the Rolling Stones and later in the show wears a bright green shirt and a cowboy hat in a Nashville medley.

“It’s 100 percent for the experience,” said Guenthner, whose older brother, Eric, was in Kids in 2013 and 2014, will graduate from UW-Whitewater in December with an arts management major and a dance minor and is assisting with dance for this year’s Kids group. “What’s cool is that it’s not one person (that’s the star). It split up.”

Kai Linsenmeyer, 18, of Monona, plays the drums in Kids and in high school was in show choir band, pit orchestra, jazz ensemble and rowed for the Camp Randall Rowing Club. He’ll be a freshman this fall at UW-Madison, where he will study jazz and biomedical engineering.

“I don’t know (which direction) I’ll go,” Linsenmeyer said. “I’ve always considered going to medical school but once I get my biomedical degree then I can determine if I want to go to medical school or do more music stuff.”

Kwik Trip has its own bakery production facility, meaning JD's Bakery in DeForest stands to lose over 30 percent of its business.

The pit stop along I-43 in Kenosha County just north of the Illinois border is a must-stop but travelers should plan ahead when fleeing the state with New Glarus products to avoid the $45 per case cost.

The move is part of the redevelopment of the shopping center's south side that will also include an L.L. Bean store and a large retailer yet to be announced.

Waupun: Promoting its assets without forgetting its prison and sculpture history

The city, home to three state prisons, is working to rebrand the community for economic development and growth.

For the second fall in a row, China Lights is illuminating Boerner Botanical Gardens and drawing thousands of visitors. 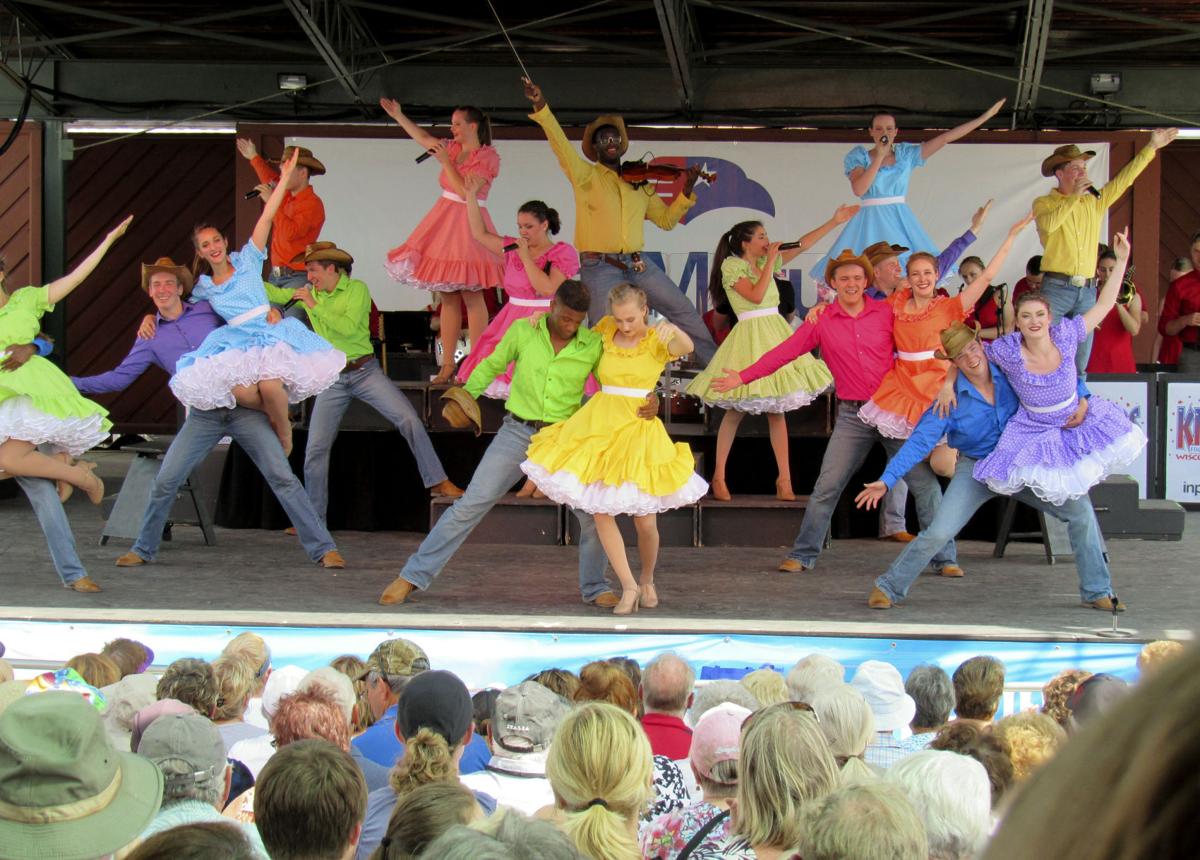 The Kids From Wisconsin have been a steady act at the Wisconsin State Fair for 49 years. The troupe of 35 singers, dancers and musicians from throughout the state will wrap up their season this week with two shows at the State Fair today followed by shows in Monona on Tuesday, Fond du Lac on Wednesday, DePere on Thursday and Waterford on Friday. 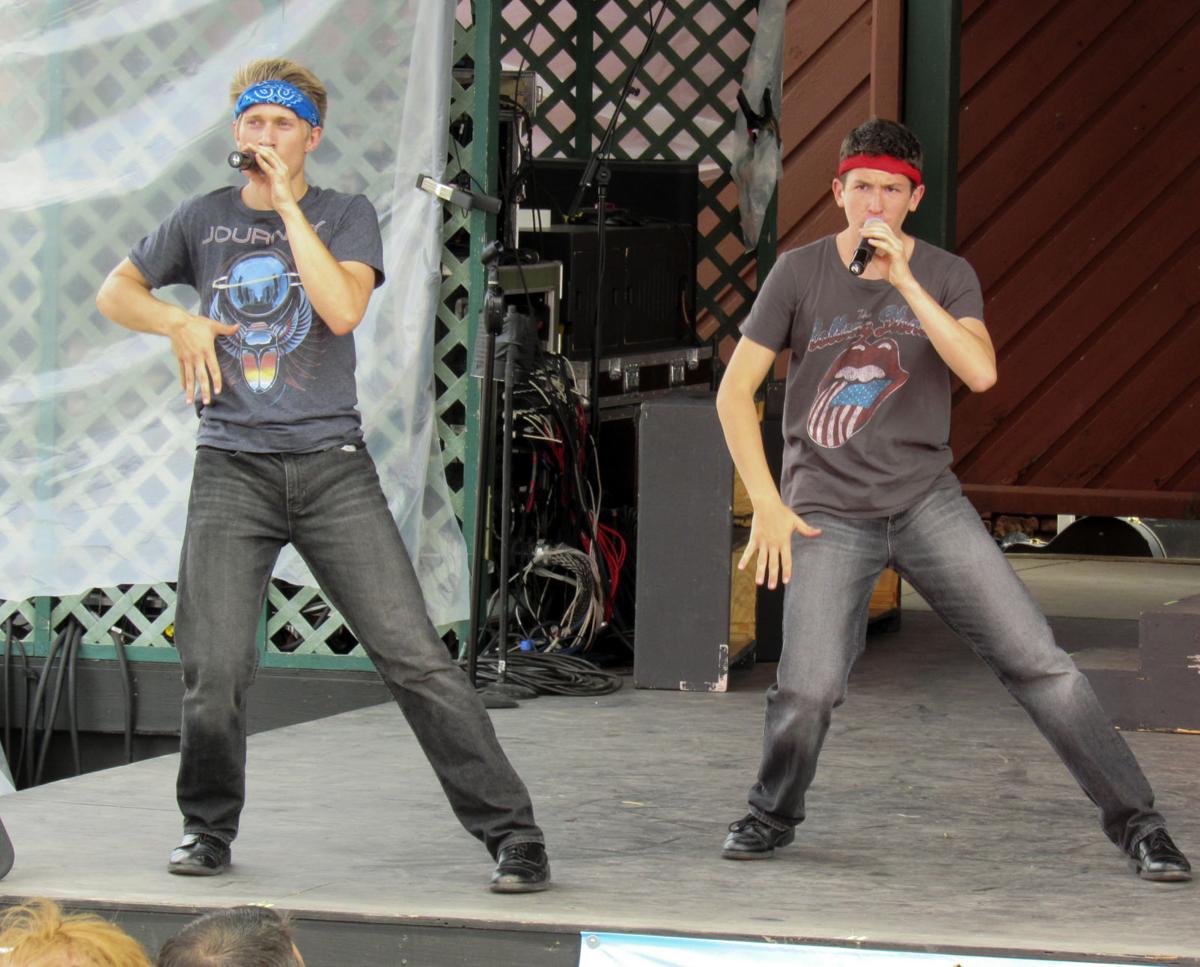 Three on-stage performers in this years Kids From Wisconsin group are Monona Grove High School graduates. Andryi Nahirniak, left, and Kevin Guenthner, both of Cottage Grove, are singers and dancers while Kai Linsenmeyer, not pictured, plays drums in the group. 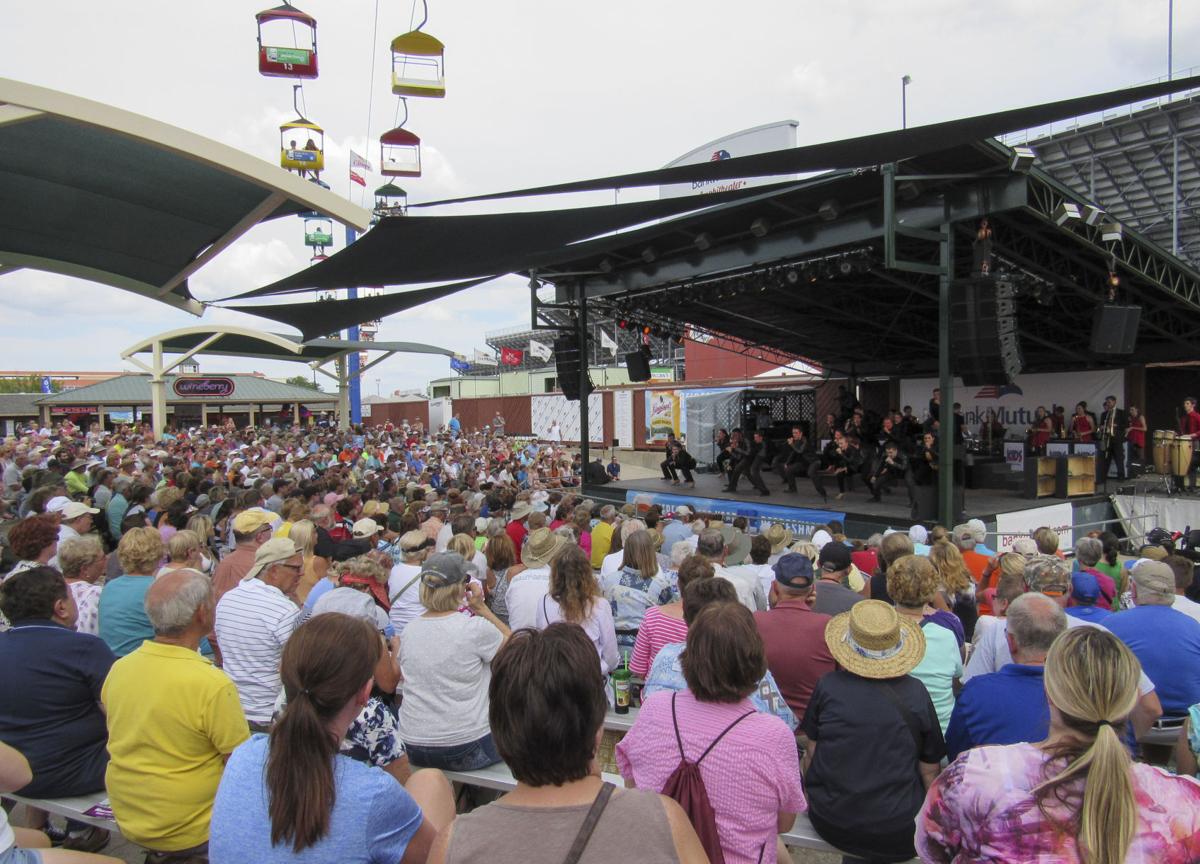 Large crowds are the norm when the Kids From Wisconsin play the Wisconsin State Fair. The group has two shows daily during the fair's 11-day run and since June has been touring the state. 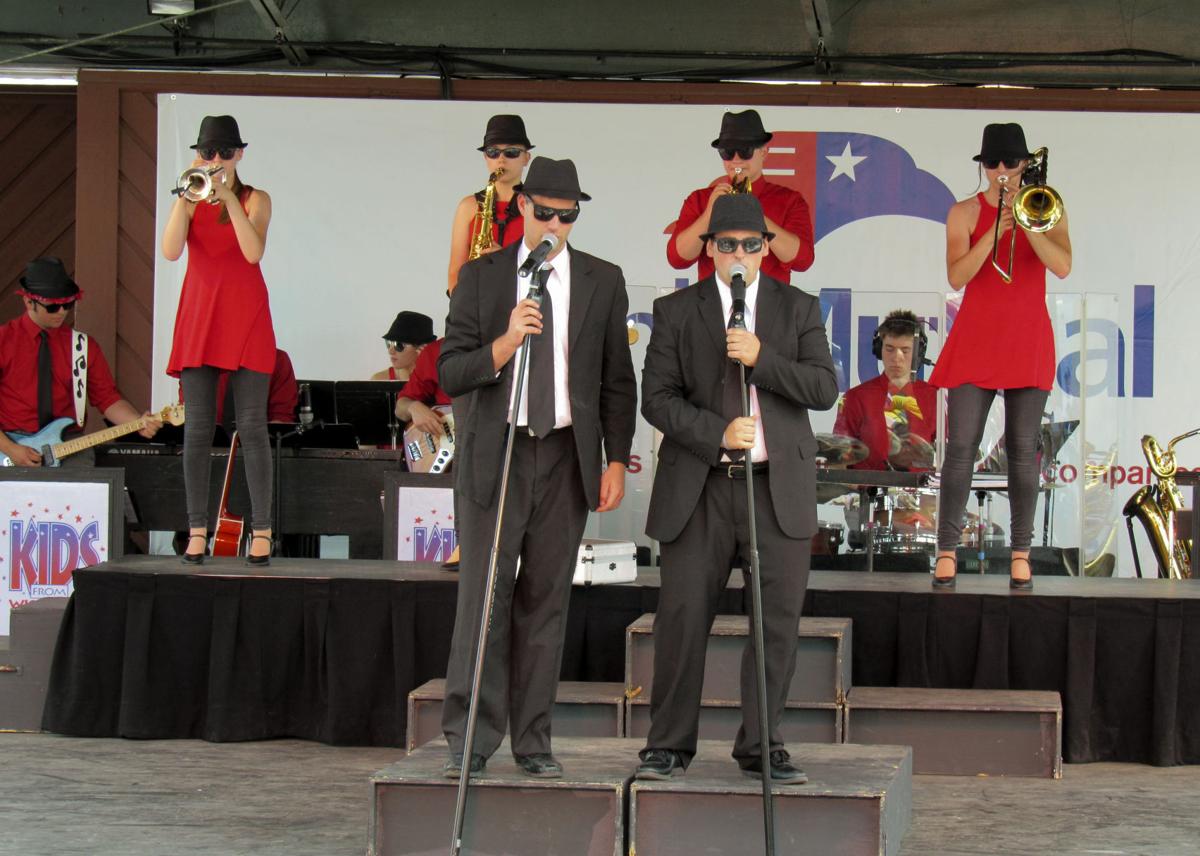 Max Firminhac, left, of Stevens Point, and Michael Burish of Manitowoc are usually members of the 13-peice Kids From Wisconsin stage band but take on the roles of Elwood and Jake Blues during part of the show last week at the Wisconsin State Fair. 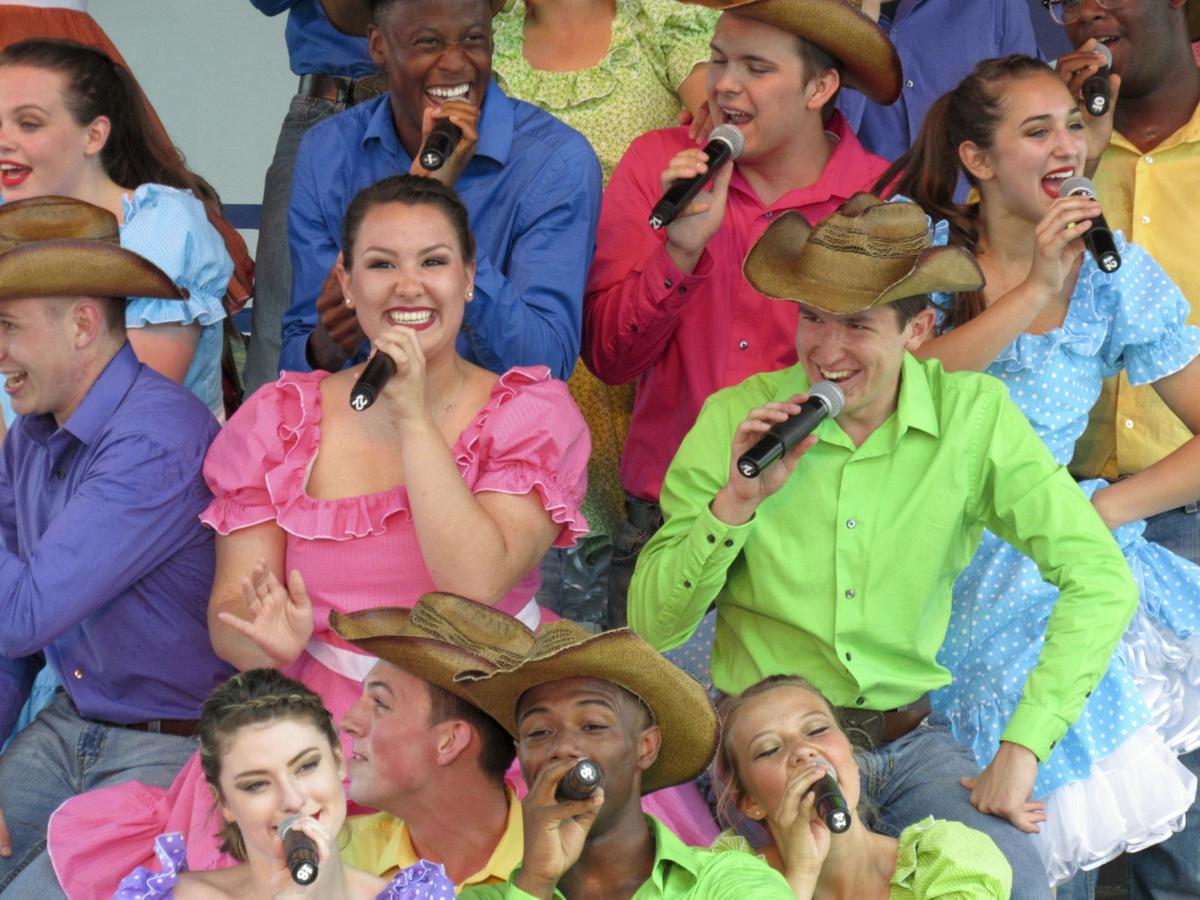 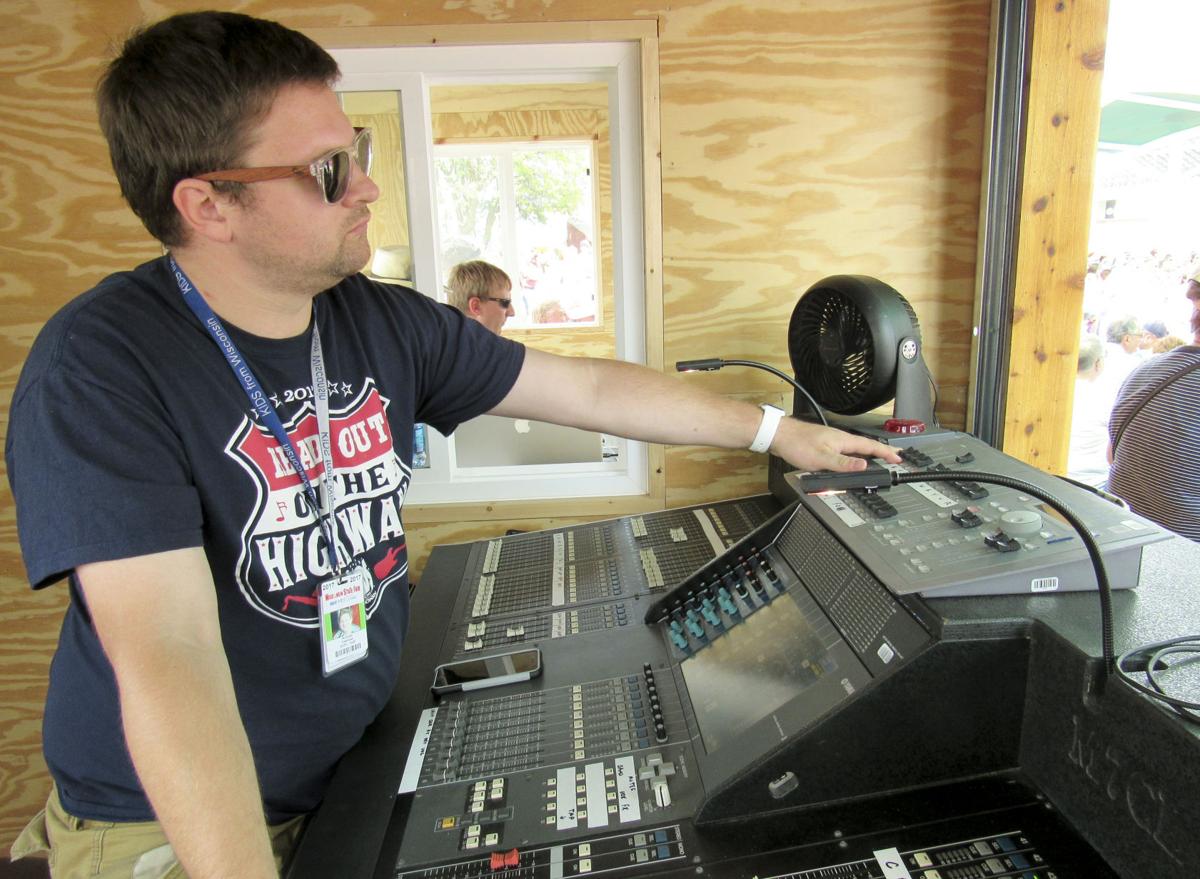 Mykhailo Nahirniak, 28, is studying music education at UW-Whitewater but this summer is working as a light and sound technician for Kids From Wisconsin. Nahirniak is a Monona Grove High School graduate, his brother, Andryi, is a singer and dancer in the Kids and their father is the producer of the show that for the past 11-days has been playing two shows a day at the Wisconsin State Fair. 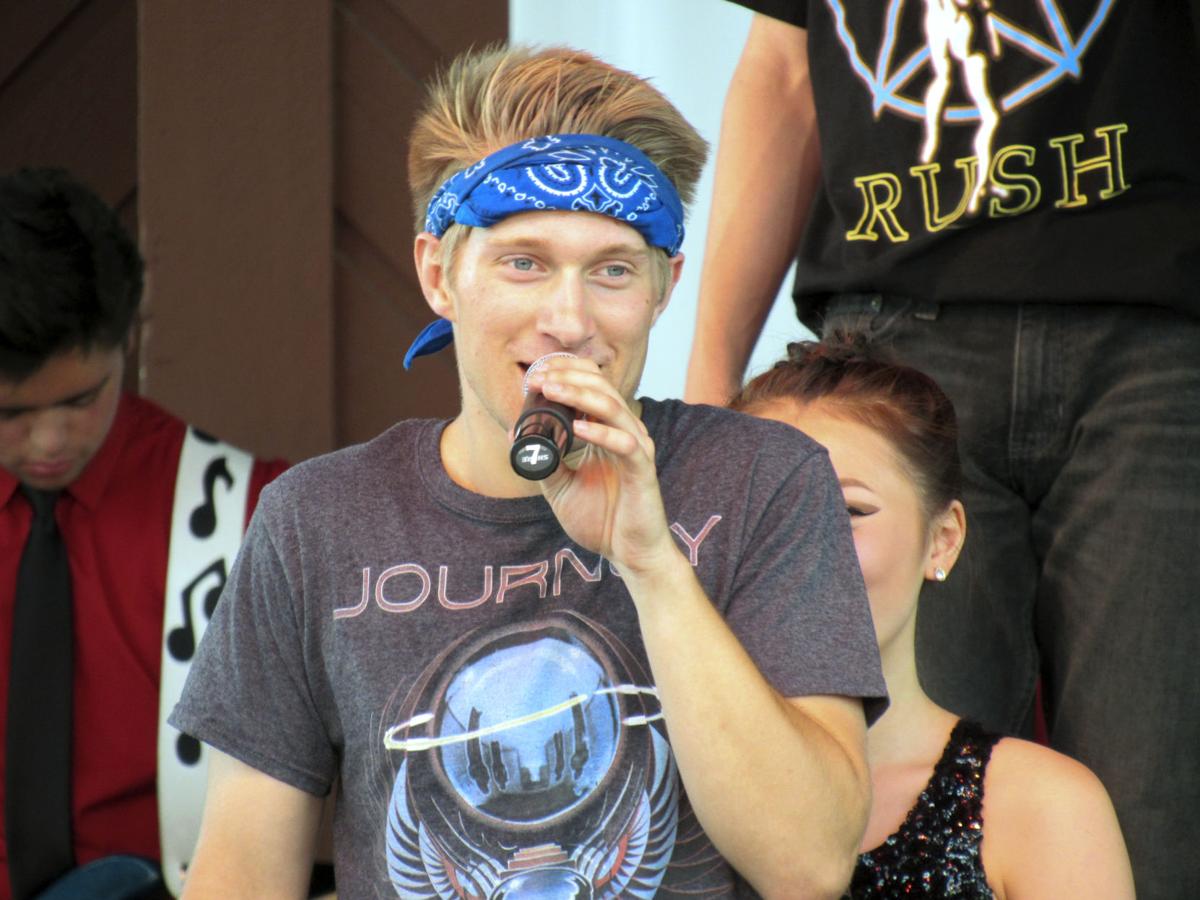 Andryi Nahirniak, 18, of Cottage Grove, and a 2017 graduate of Monona Grove High School, performs during a rock and roll tribute in a Kids From Wisconsin show last week at the Wisconsin State Fair. 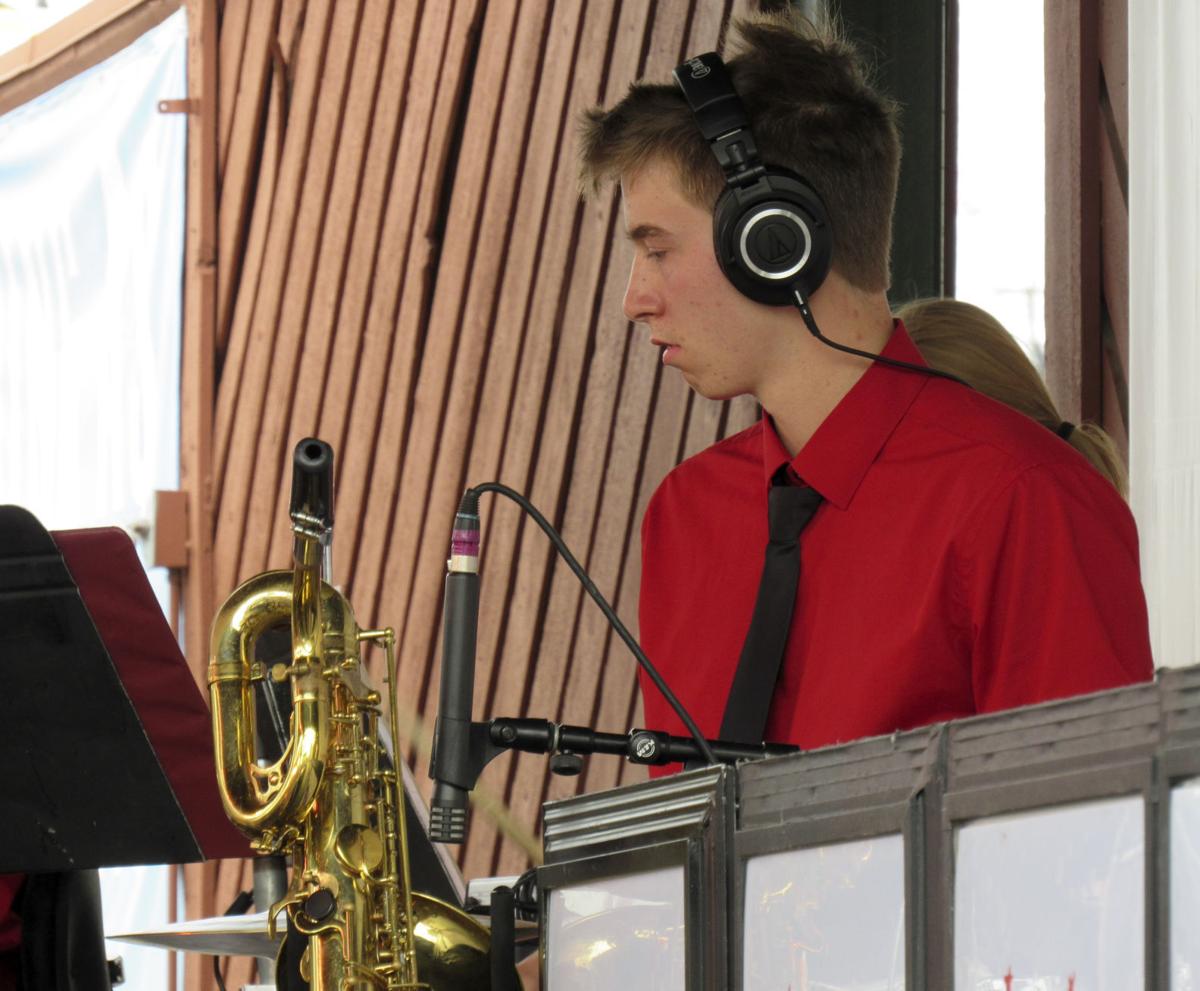 The Kids From Wisconsin includes a full band in which Kai Linsenmeyer, 18, and a 2017 graduate of Monona Grove High School, plays the drums. 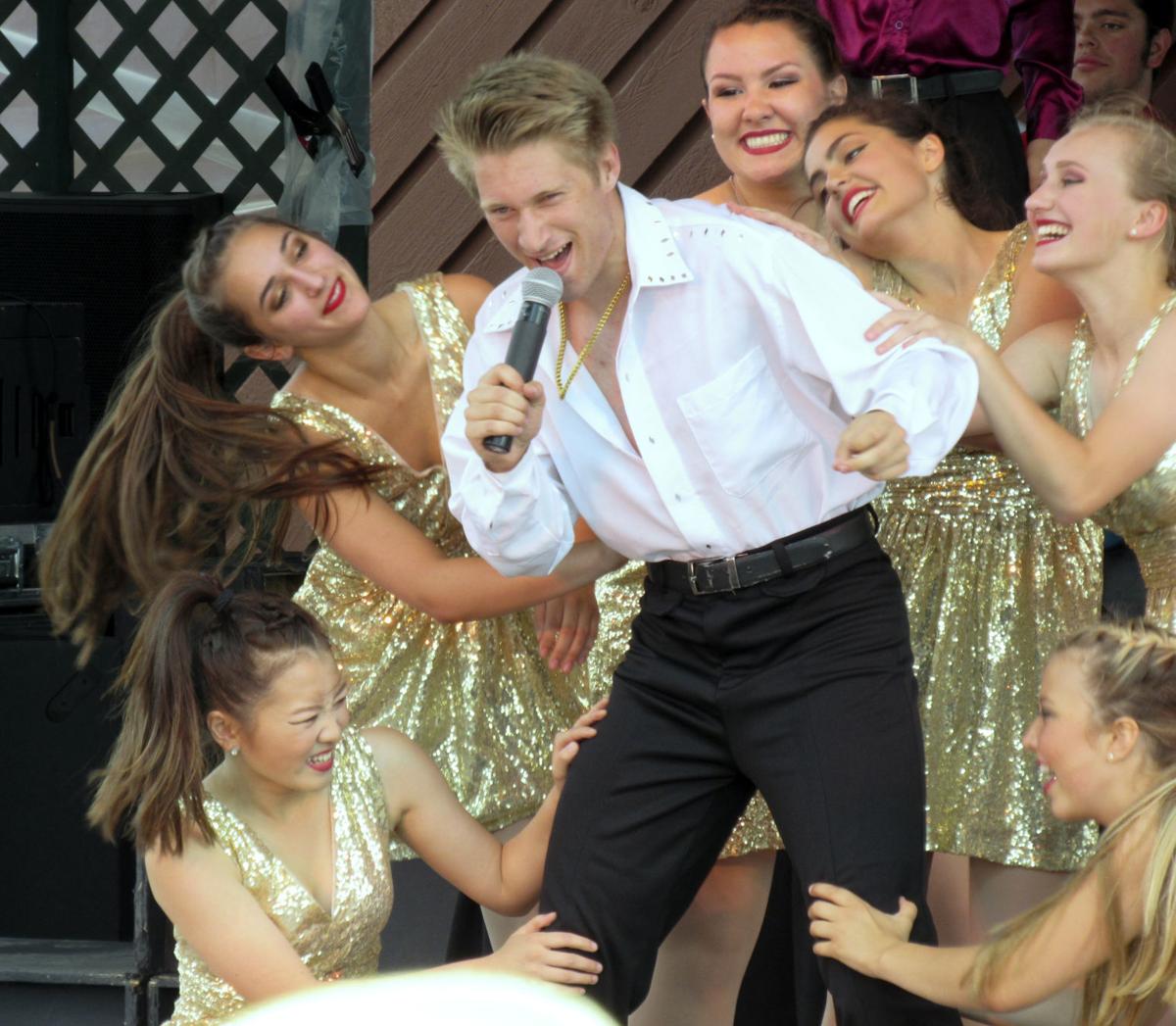 During a Las Vegas review segment of a Kids From Wisconsin show, Andryi Nahirniak takes on the the role of Tom Jones.