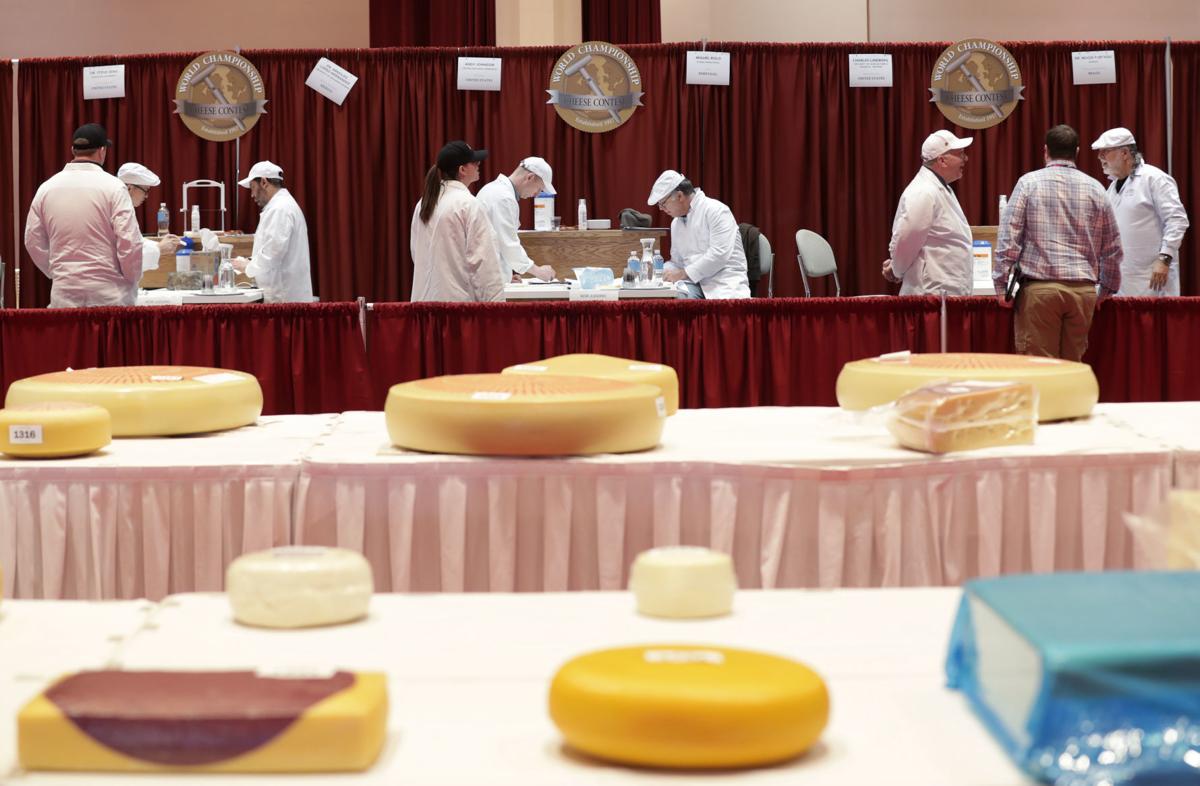 Wheels and blocks of cheese, some up to 200 pounds, await judging during the three-day World Championship Cheese Contest, which began Tuesday at Monona Terrace. 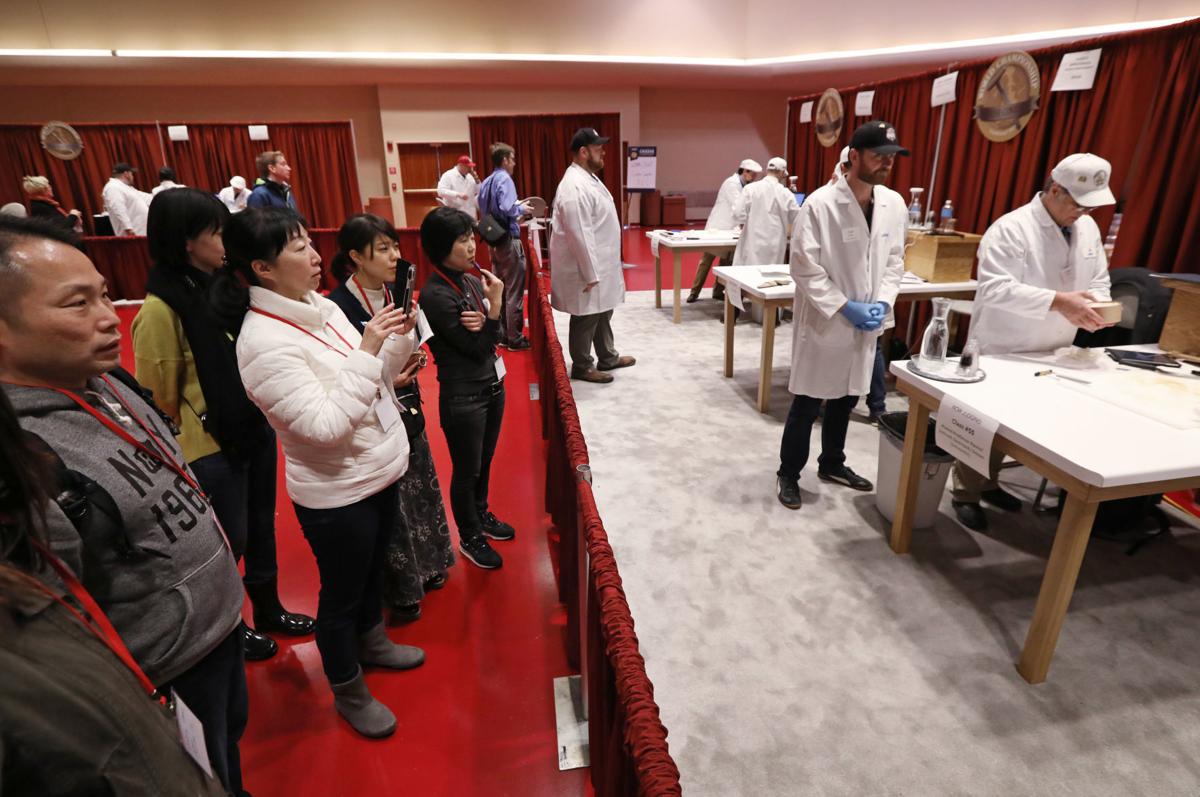 A delegation from Japan looks on as cheese from their country is judged Tuesday. There are about 300 cheese factories in Japan that submitted 28 entries to this year's contest.

Wisconsin cheese makers topped several categories on the second day of the World Championship Cheese Contest, including a Reeseville company that took first place for its near-perfect snacking cheese.

Wisconsin entries have claimed the top spot in 48 of the 132 categories judged and held the top three spots in 14 of the categories throughout the first two days among thousands of entries from 36 states and 26 foreign countries.

Specialty Cheese Co., a Reeseville business making not-so-typical Wisconsin cheeses, placed first with a score of 99.85 out of 100 in the natural snack cheese category for its Wisconsin cheddar minis. The product is made with the company’s version of cheddar, which is baked into a bar and called Just The Cheese, and is one of its best sellers.

Yodelay Yogurt, a Madison-based company, won all three top spots in the drinkable cultured products category with a variety of different flavored entries. Yodelay won first place with its rhubarb Swiss yogurt, scoring a 99.95, the highest of all cheeses in the competition.

The 132 winners from the first two days of judging will be narrowed down to 20, then the top three, and the 2020 world champion will be announced Thursday night.

This year’s competition is the biennial event’s 11th time in Madison since its founding in 1957. Entries have more than tripled in the last two decades, and the number of categories has grown along with the world of artisan cheeses.

The 2020 world champion will be announced Thursday evening.

The 2020 world champion will be announced Thursday evening.

The task force seeks to help Wisconsinites buy their first homes and afford to stay in them.

Dubiel said that while a lot of fundraising is focused on major gifts, The Big Share is a kind of democratization of the giving process.

Public health emergency not needed 'at this time' for COVID-19 coronavirus, state says

Wisconsin officials aren't ruling out declaring a public health emergency down the road to direct more state funding to local health departments for costs related to quarantining and isolation if the disease, known as COVID-19, caused by the virus becomes more widespread.

Highs could crack 60 across southern Wisconsin for the first time this year on Sunday, according to forecasters.

Despite no Wisconsin cheeses finishing in the final top three, state producers dominated the competition, earning 45 gold medals out of 132 categories.

Wheels and blocks of cheese, some up to 200 pounds, await judging during the three-day World Championship Cheese Contest, which began Tuesday at Monona Terrace.

A delegation from Japan looks on as cheese from their country is judged Tuesday. There are about 300 cheese factories in Japan that submitted 28 entries to this year's contest.