When Linda Farley died in 2009, her husband and four sons wrapped her in her favorite blanket, dug a grave on the family’s land and marked the spot with a simple sugar maple sapling. Twelve years later, Linda’s sugar maple is surrounded by an entire forest filled with other “green” burials.

“It was the most amazingly cathartic thing that we could have possibly done,” Linda’s son Shedd Farley said.

After the funeral, the Farley sons had a difficult decision to make. When their father, Gene, eventually died, they would have to turn their 43 acres of land located outside Verona into a cemetery.

“To bury one person on a rural property, it’s easy,” Farley said. “It took us a few phone calls and an afternoon to get permission. To bury two people you have to be licensed and certified as a cemetery. Even if it was licensed and certified so he could be buried next to Mom, we’d probably have to sell the place after he died because we couldn’t afford it.”

Solving both problems at once, the family decided to make 25 acres of their land a green cemetery. After two and a half years of paperwork and town hall meetings, the Natural Path Sanctuary became a registered cemetery in 2011. For the past 10 years, revenue from the cemetery has funded the Linda and Gene Farley Center for Peace, Justice and Sustainability, an organic farm surrounding the cemetery that rents plots to immigrant farmers and other growers who have been “under-resourced.”

With nothing but natural stones nestled among dense maples marking burial sites, the sanctuary looks nothing like the rows of uniform headstones and neatly trimmed grass associated with modern cemeteries. Farley, who became director of the sanctuary in 2015, said the stark contrast with conventional burials is what makes green cemeteries special.

Conventional cemeteries every year bury more than 800,000 gallons of embalming fluid, over 16,000 tons of metal and 1.6 million tons of concrete, according to the Minnesota Pollution Control Agency.

A 1998 World Health Organization report studying the environmental impact of burials labeled cemeteries “special kinds of landfills” because the chemicals used to preserve both bodies and caskets can contaminate groundwater.

“It’s turned into a conveyor belt: You die, the funeral home goes and picks you up, they prepare you for burial, which means removing all the fluids in your body and replacing them with chemicals, and they put you in an expensive wood casket,” Farley said.

Bodies buried at the Verona sanctuary are sanitized, either at a funeral home or by the family, but cannot be embalmed.

Cremations are a great alternative to conventional burials, Farley said, but the carbon dioxide released throughout the process makes them less than environmentally friendly than green burials.

A 2019 survey, also released by the association, found 52% of respondents were interested in exploring green burial options.

The Natural Path Sanctuary is witnessing the shift away from traditional burials first-hand. Farley said when the sanctuary first opened in 2011, it sold maybe eight plots. In the past four years sales have taken off. This year the sanctuary has sold just over 100 plots.

One of the sanctuary’s draws is the broader community surrounding it, Farley said. Those involved with the sanctuary often attend events at the Farley Center, volunteer on the farm, go to outdoor concerts or participate in the biennial “Rooted in the Land” art exhibit. Several of the artists participating this fall created pieces near the plots they’ve reserved for themselves or near the burial of a loved one.

“It removes the industry out of the industrial burial process … we have a community that is being buried here,” said Farley, who is also director of the Farley Center. “It’s more emotionally satisfying than that conveyor belt.”

The oldest known deliberate burial of a human occurred some 78,000 years ago near what is now Kenya. Scientists said the burial contained the body of a small child, shrouded in a perishable material with its head placed on some sort of cushion.

Farley said he refers to the burials at the sanctuary as “’traditional’ because what we do is far closer to what has been done through the millennia.”

At the sanctuary, bodies are wrapped in either a decomposable shroud or enclosed in a casket made of untreated wood, placed on a pallet and lowered with ropes into a grave dug to accommodate each body’s specific proportions. Families can place a stone marker atop the grave if they like, as long as the stone is “naturally formed.” Within a year, the plot is virtually indistinguishable from the rest of the lush forest floor.

Glossy caskets and chemically preserved bodies were not always a part of American culture. Farley explained that during the Civil War, embalming preserved soldier’s bodies during the long journey home. Conventional burials dominated for much of the 20th century. Ramsey Creek, America’s very first green cemetery, emerged in 1998. Now there are 73 green cemeteries in the United States and Canada, according to the Green Burial Council.

Farley said conventional cemeteries are even starting to jump on the trend, with 263 cemeteries in the United States and Canada now offering green spaces where bodies can be buried in a biodegradable container.

Natural burials also strip many of the costs associated with funerals. The National Funeral Directors Association estimates that the average price of a casket is $2,500, embalming is $750 and a vault is $1,495.

Farley said he often tells families to just buy a simple unfitted, cotton top sheet from Target to wrap their loved ones in. Burials at the Sanctuary cost $1,000, though a $2,500 donation to the Farley farm is also tacked on to the price.

“It’s where that extra money is going to that makes people want to be here because we’re trying to propagate bees, we’re providing all this land for organic farming and we are doing things with underserved communities,” Farley said.

Tending to new life through farming and the sustainable burial of the dead are practices that fit together “seamlessly,” Farley said.

Beyond reducing soil contamination and pollution, green burials enrich the surrounding environment. Every grave is 3 feet deep, allowing enough coverage to protect from disturbance while remaining in the upper layer of the soil “where the most microbial action is happening.”

“We don’t say decomposing — we say recomposing,” Farley said. “You’re just changing forms. We’re loaded with nutrients, so once they break down, they can be accessed by other organisms.”

Farley uses a giant color-coded map to track burials, with yellow indicating plots that have been sold and green plots that are occupied. So far the sanctuary has conducted about 250 burials and has sold about 700 plots. The town of Springdale capped the number of burials allowed in the sanctuary at 2,700.

When Farley first started at the sanctuary seven years ago, he thought it would not reach capacity for 75 or even 100 years. At the current sales rate, however, he estimates the cemetery might fill up in 15 or 20 years.

One of the artists participating in the sanctuary’s art exhibit, Karen Reppen, connected a fallen tree’s return to the earth to green burials, explaining that both nourish new life.

Reppen used the tree’s roots to create a “little environment” which she crafted out of dried seaweed, braided sweetgrass, rawhide, pumpkin stems and other natural materials.

“This tree started out as some tiny little seed and grew and died and fell over and is now going back into the land ... and that is absolutely the story of this place,” Reppen said. “There is nothing in this soil that wasn’t alive once, and, without death, there is no life.”

"It all goes to our water. It is a permanent pollutant so it doesn’t biodegrade at all and concentrations are increasing... instead of just putting it down and thinking more is better, we really need to only use salt as-needed.”

July-like weather on the way for southern Wisconsin

Highs will be in the mid- to upper 80s Friday and again Sunday through Tuesday, according to forecasters. 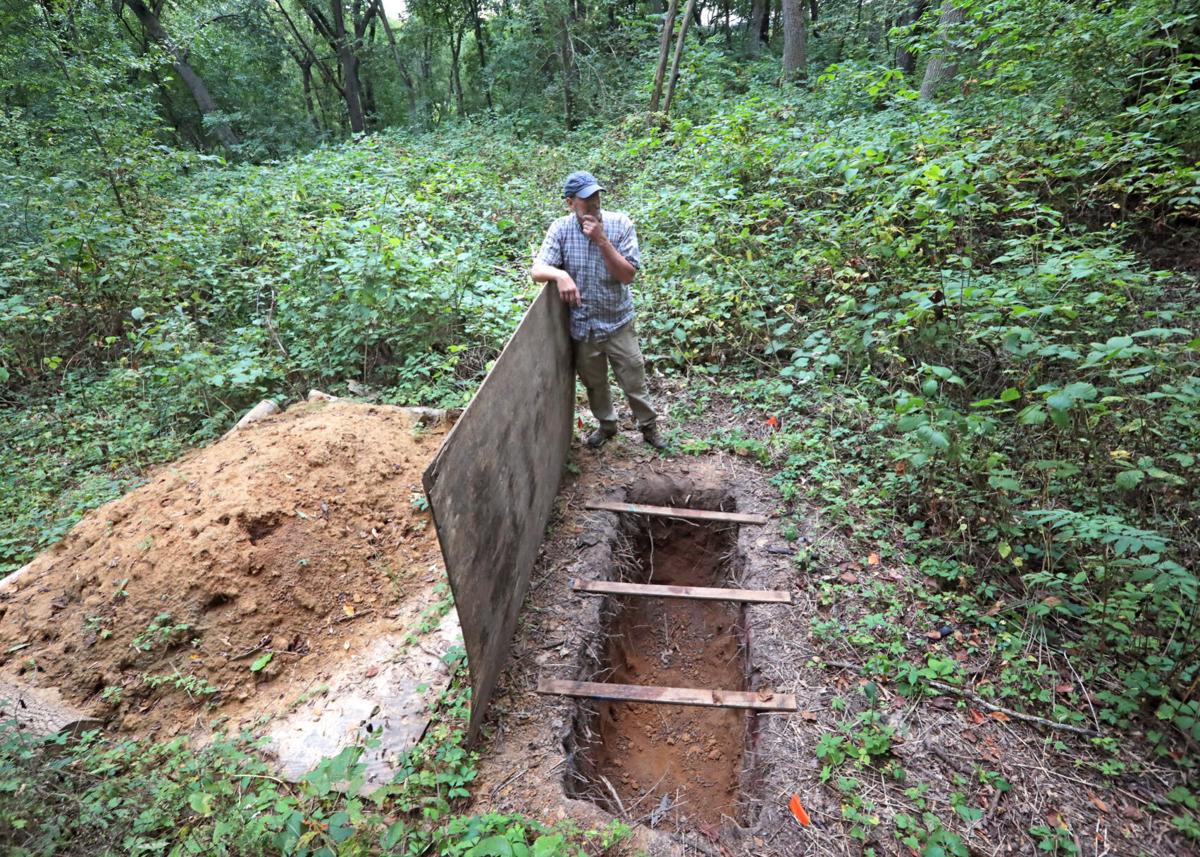 Shedd Farley shows a pre-dug grave at the Natural Path Sanctuary at the Linda and Gene Farley Center for Peace, Justice and Sustainability in Verona. The sanctuary is a "green" cemetery, where burials use only decomposable materials and graves are kept wild. 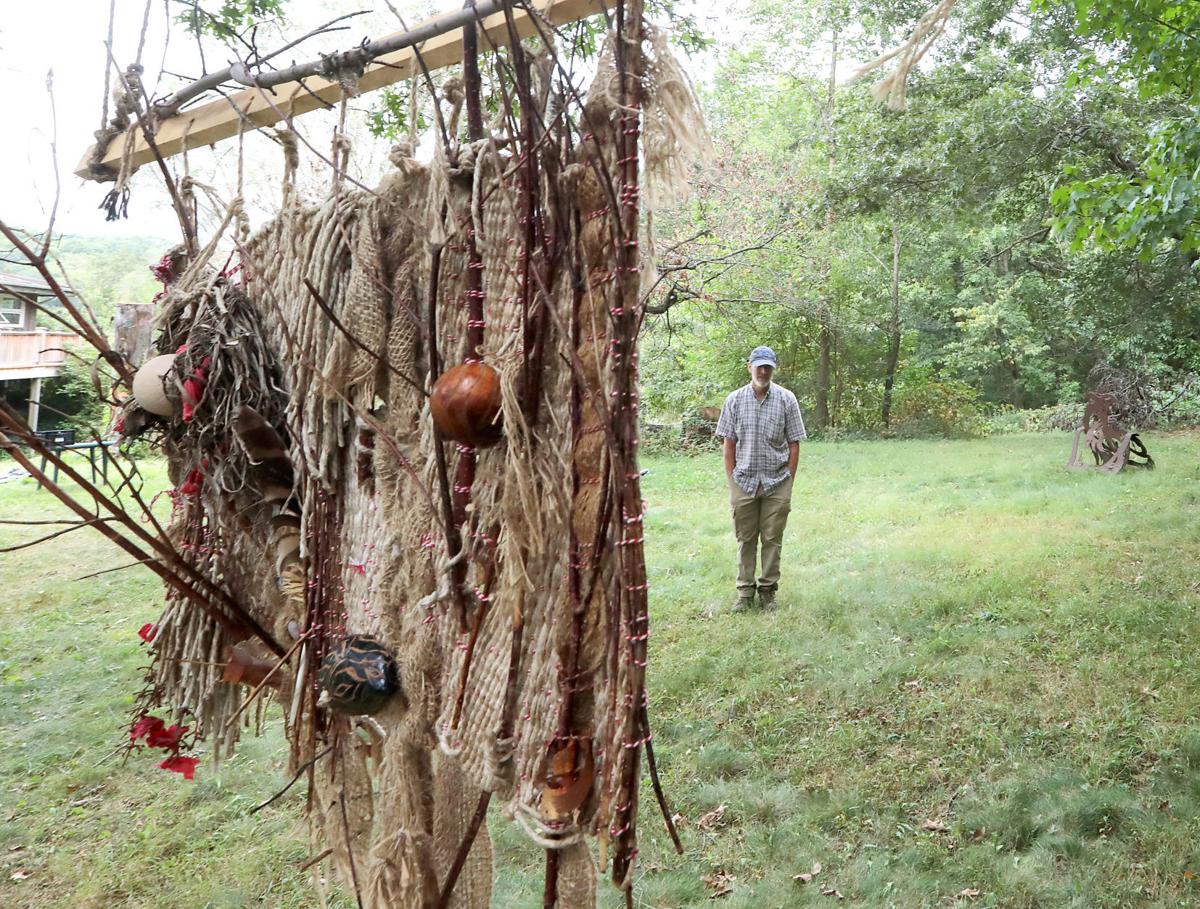 An artwork created to recognize the 10th anniversary of the Natural Path Sanctuary. Pictured behind the work is Shedd Farley, whose father, Dr. Gene Farley, founded the center in 2011. 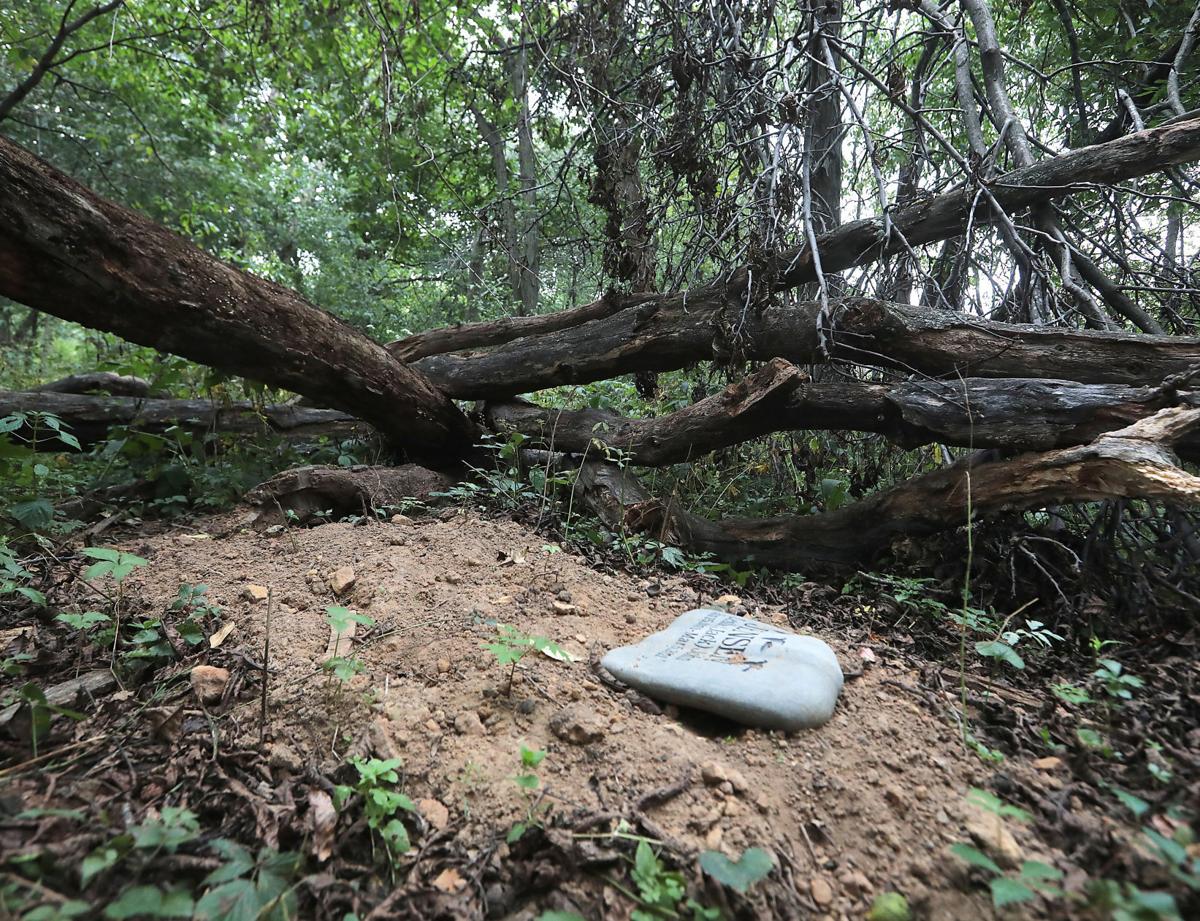 An engraved stone marks a burial site at the Natural Path Sanctuary. The sanctuary only allows stones that are naturally formed. Some grave sites have no markers at all. 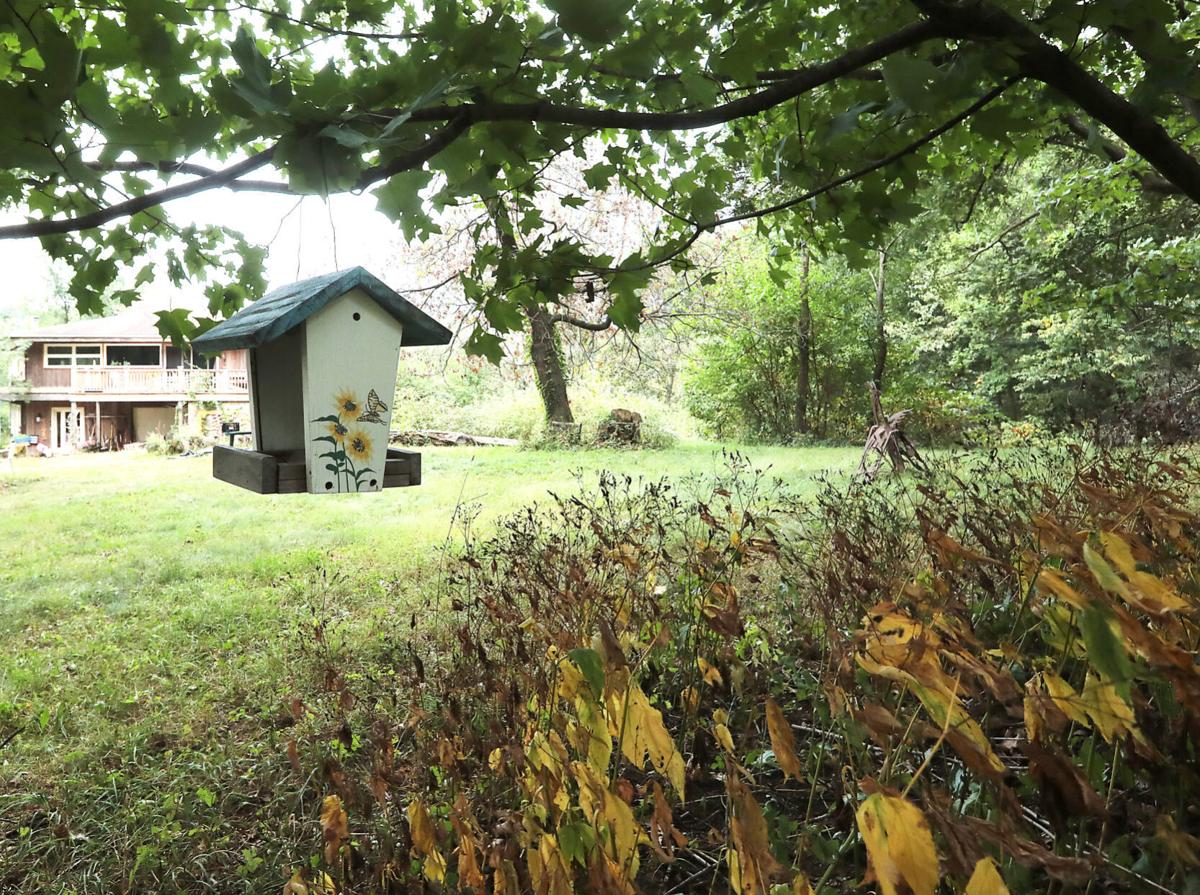 A birdhouse hangs from the branch of a sugar maple, marking the burial site of Dr. Linda Farley. Linda's death in 2009 launched the creation of the Natural Path Sanctuary. 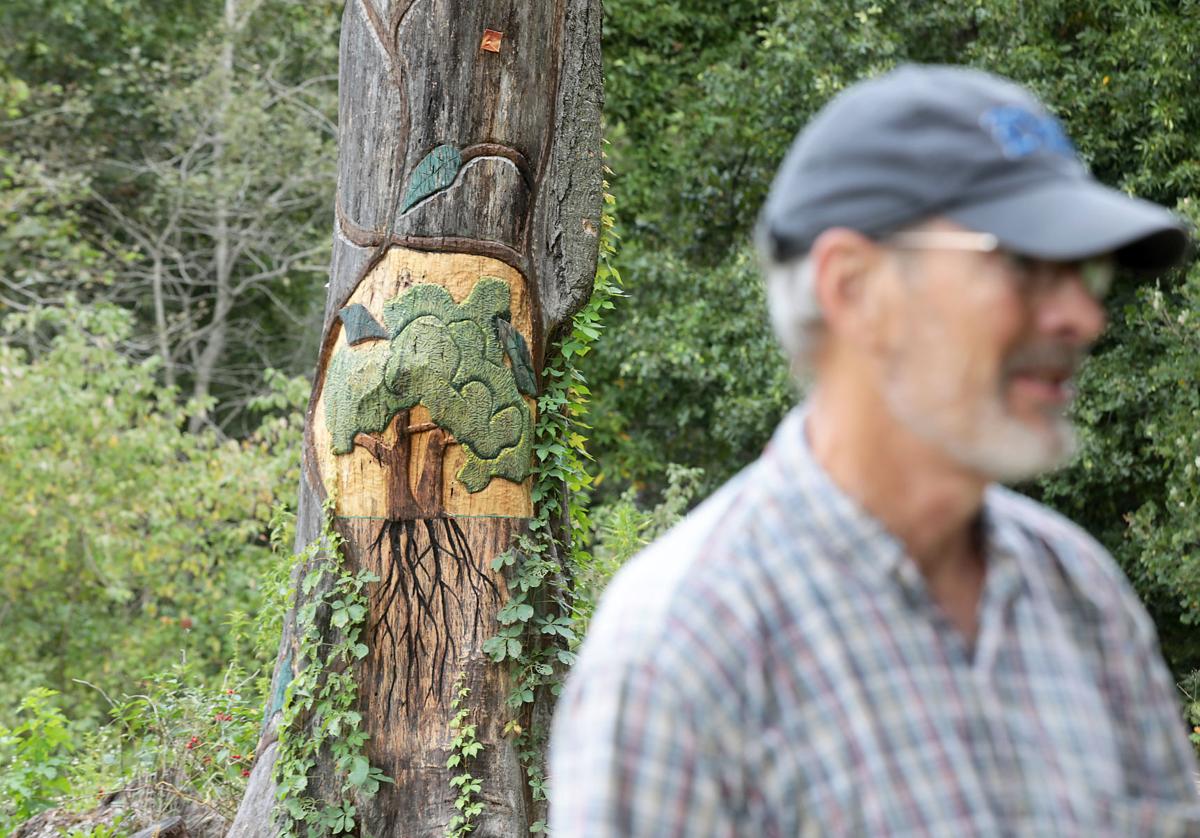 An artfully engraved tree adds a creative element to the grounds of the Natural Path Sanctuary. 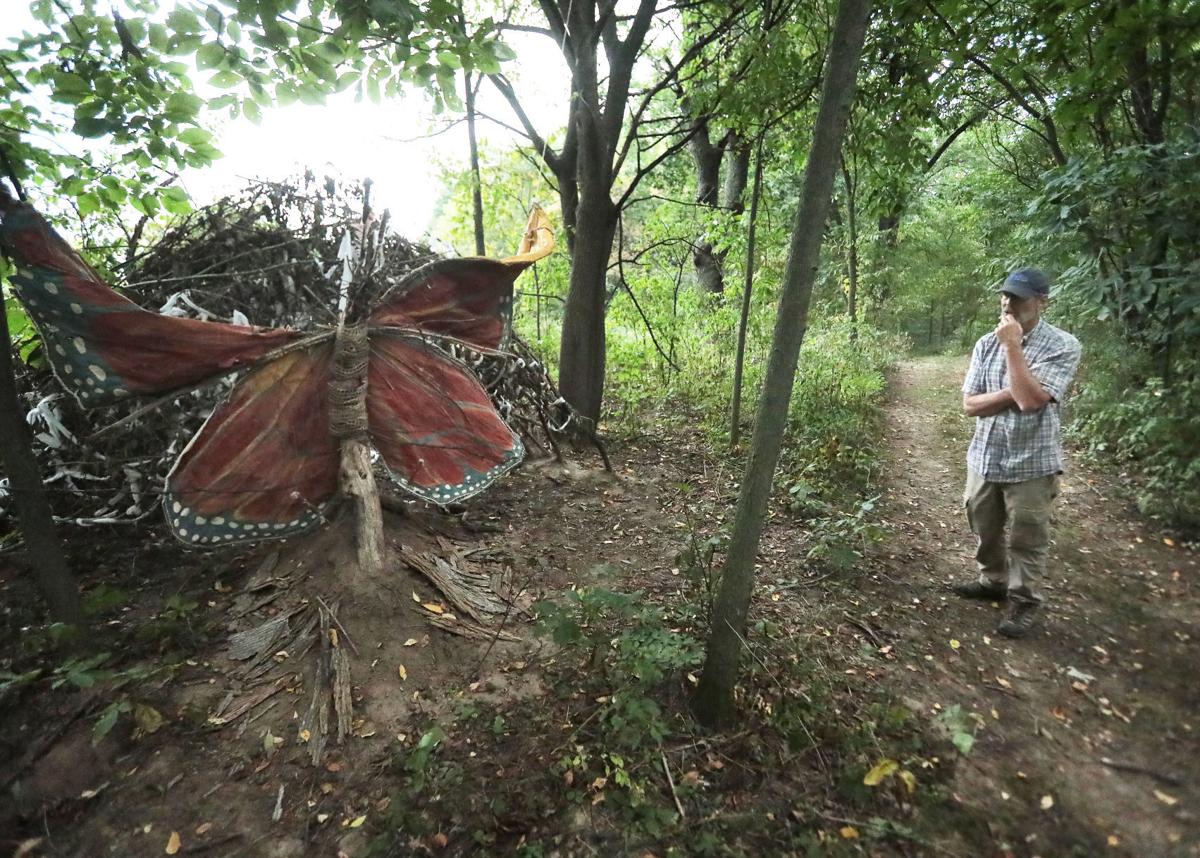 An artwork created for the "Rooted in the Land" art exhibit. The 26 installations are sprinkled throughout the Natural Path Sanctuary. Some artists placed their creations near the graves of loved ones. 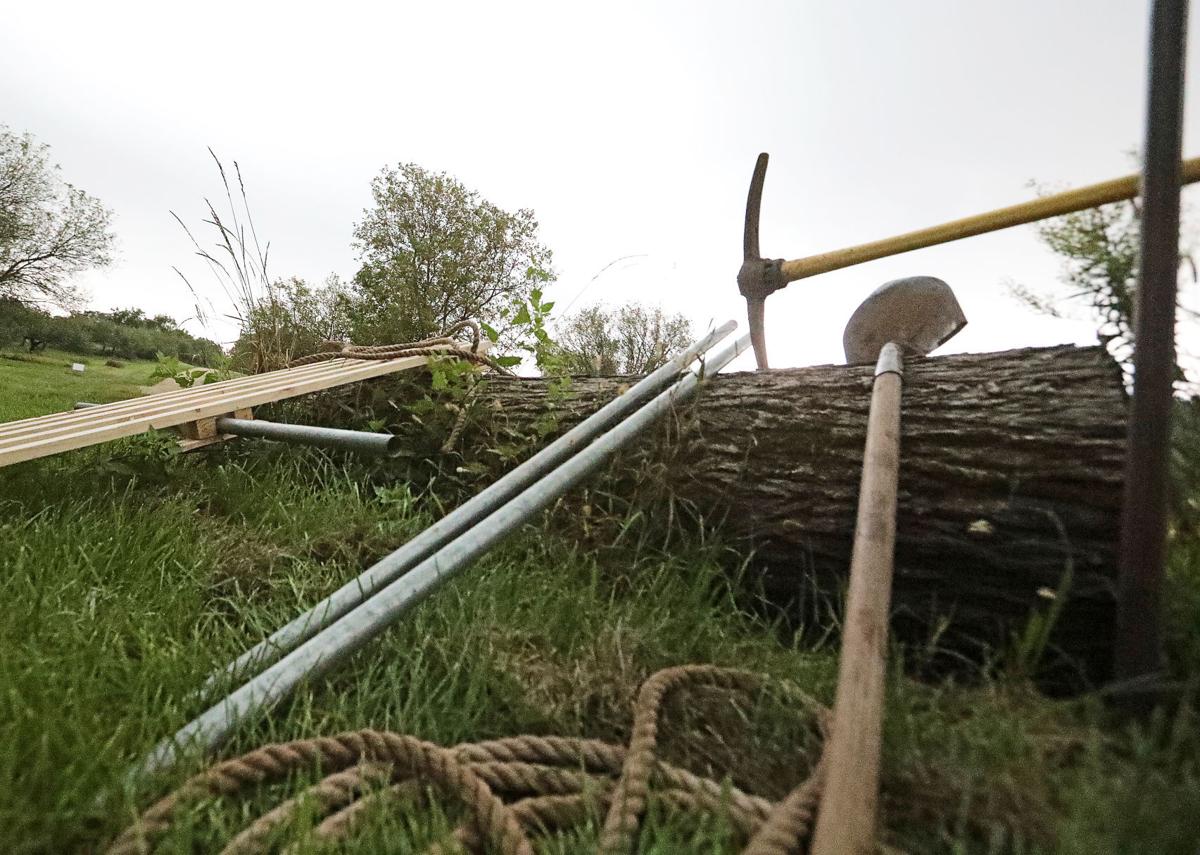 All graves at the sanctuary are dug using shovels and picks. Ropes and wooden pallets are then used to lower bodies into the graves. 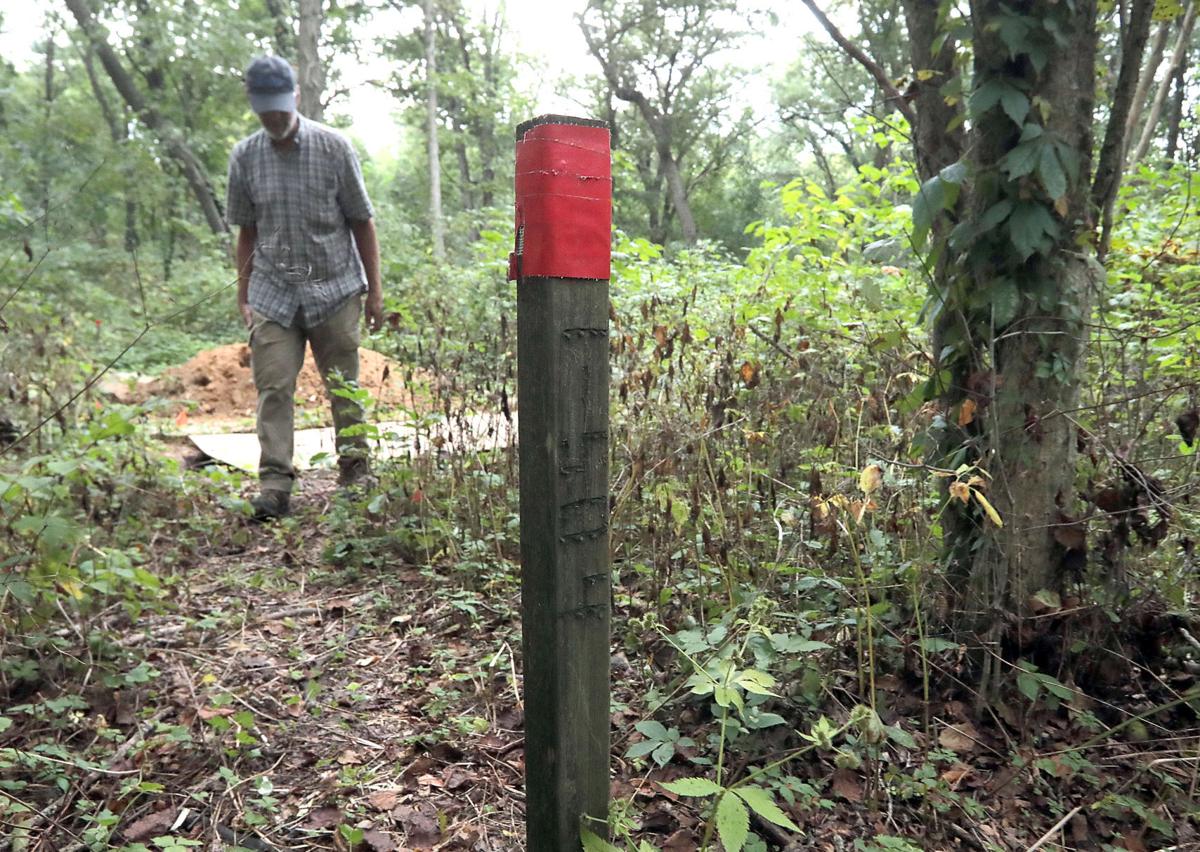