In 1893, James Turlock purchased a small strip of land at the intersection of Aurora Street and Hubbard Avenue in Middleton and opened the city’s first horse livery stable — a business that keeps horses for hire.

Nearly a century and a half later, the site offers a small but welcome patch of grass in the heart of the city’s fast-developing downtown. A historical site marker is all that remains of the former livery.

Instead of horses, picnic tables fill the one-third-acre plaza — provided by the city as a safe outdoor dining option to aid struggling downtown restaurants during the COVID-19 pandemic.

Soon, thanks to a recent influx of donations, the city hopes to make a $1.6 million upgrade to the site that has long served the Madison suburb.

“My vision for this is when people come to town, they say, ‘This is the place I’ve got to show you,’” said Ald. Kathy Olson, one of the project leaders.

The park, known as Stone Horse Green, combines two legacies of the site: the horses of Turlock’s livery, and the elaborate stone gardens a former resident built on the space.

The livery served many Middleton residents and institutions in its first two decades, including the fire department, merchants, train passengers and local doctors. After the livery changed hands a few times, Fred Steckelberg bought the property in 1910 and transformed it into the terminal for Middleton’s first bus line in 1914.

The bus line operated for 60 years until it was sold to the Madison Metropolitan Bus Service in 1974. Steckelberg’s son, Charles Steckelberg, inherited the property and built rock and flower gardens in the downtown space for the public to enjoy.

In 2016 and 2017, T. Wall Enterprises purchased the properties for $1.4 million, later tearing down the four houses that had been built on the space in the hope of converting it to a town square. The city acquired the lot in 2018 at the assessed value of $1.2 million and agreed to recognize Wall's $212,000 difference as a donation to the Stone Horse Green project.

Middleton leaders and the Friends of Stone Horse Green began raising additional funds for the project in late 2019, but they put the effort on hold last year amid the pandemic.

But the value of the space was never in question. When businesses closed their doors during the pandemic, the city turned Stone Horse Green into an outdoor dining area — complete with 60 picnic benches provided by the city — that helped keep locally owned businesses afloat.

Andrea Van Nest, owner of Longtable Beer Cafe across from Stone Horse Green, said the park provided essential dining space when the pandemic hit and public health orders banned indoor dining. “Even more than that, it’s just a place for the community to gather,” she said.

Attoun said the city hosted several public comment sessions on what the space should look like — gathering feedback through a Post-It note board downtown, forums and informal community meetings.

After the public comment sessions attracted a diverse range of participants from across the city, Middleton leaders decided they would scrap their previous plans to build a hard-surface plaza for an accessible green area.

“They really wanted the space to be mostly green,” Attoun said. “The city of Middleton has experienced quite a bit of infill development, and that’s led to concerns from members of the community who really want to preserve green space.”

Key features of the new park will include a band shelter, projector screen, a gas fireplace and six heated stone horse sculptures, which will provide play areas for children and seating. The heated sculptures will melt snow, so they can be used in any season. Local artists will also build an interactive art installation called “Barn Lights” to double as a lighting fixture.

Debbie Wiesman, Charles Steckelberg’s daughter, said the green space is exactly what her grandparents and parents would have wanted.

“It was our vision when we sold the property to be developed into something like this,” she said. “I know my grandparents and Mom and Dad are smiling because of this project.”

While the final cost is not set, the city committed $1 million in tax-incremental financing, and Attoun said donors will help fill an estimated $600,000 gap. Electronic Theatre Controls, Hy Cite Enterprises, the Pleasant T. Rowland Foundation, Steve Cohan and Madison Gas and Electric have emerged as lead donors for the redevelopment. The Middleton Area Development Corporation also launched a matching grant campaign up to $100,000.

The latest influx of donations from lead donors totals $465,000. With many other smaller donations coming in from across the community and the development corporation campaign, Attoun said the city is on the cusp of meeting its fundraising goal and can confidently launch the project.

Construction is due to begin in early 2022 and finish by the end of next summer. Olson said community organizers are already asking how to reserve the space. “We are anxious to see it completed,” she said.

Van Nest said the pandemic showed how receptive the community is to the space, and she believes it will bring in even more business after the redevelopment. “It’s bringing just a lot of energy to downtown Middleton, and it’s providing a reason for the community to come out.”

Susannah Welch, a server at The Village Green next to the space, said downtown businesses struggled during the pandemic, and she hopes the redevelopment will bring much-needed outdoor concerts and foot traffic to the recovering businesses.

“The future ... looks big for Middleton because there is not a central location for everyone to gather, and this just seems to be a really hot spot,” she said.

[Editor's note: This story has been updated to correct how the properties that make up Stone Horse Green were acquired by the city. T. Wall Enterprises purchased the properties in 2016 and 2017 for $1.4 million. The city acquired the lot in 2018 at the assessed value of $1.2 million and agreed to recognize Wall's $212,000 difference as a donation to the Stone Horse Green project.] 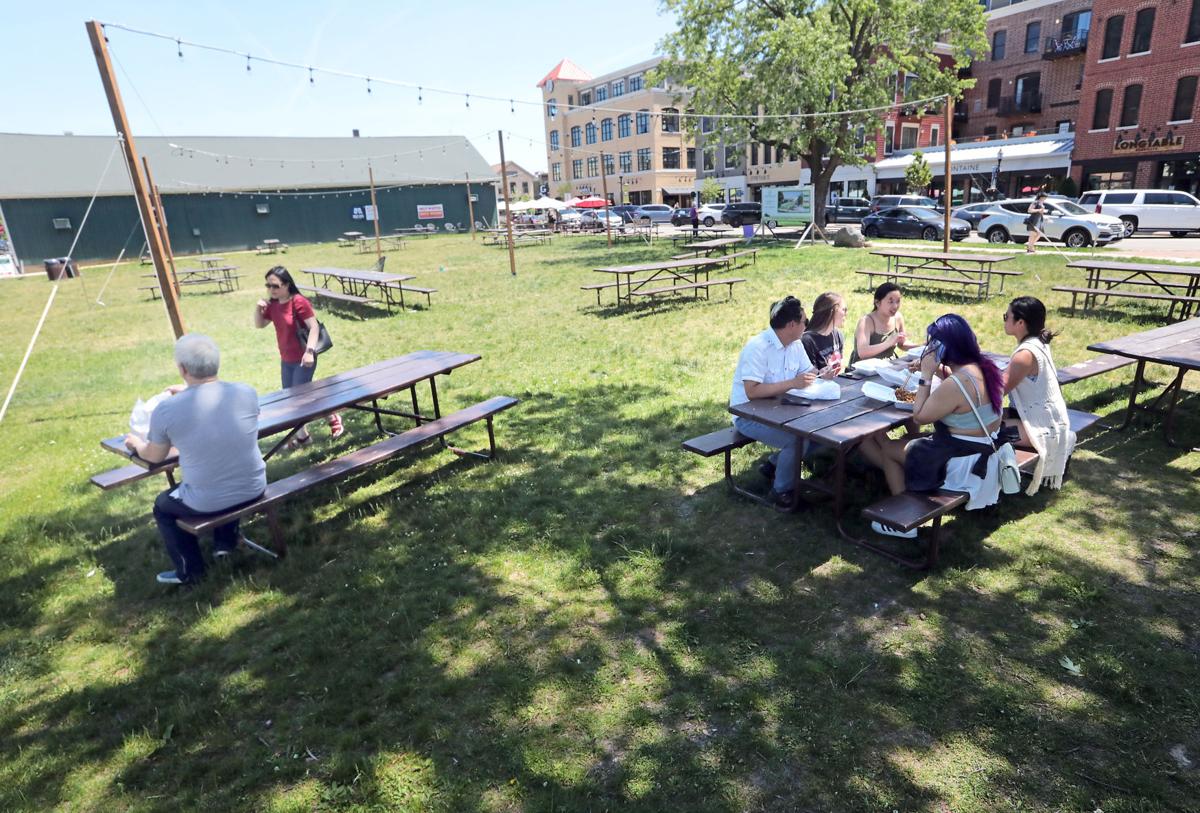 Lunchtime visitors gather in the shade of Stone Horse Green in Middleton. Construction on a $1.6 million upgrade to the park is due to start in early 2022. 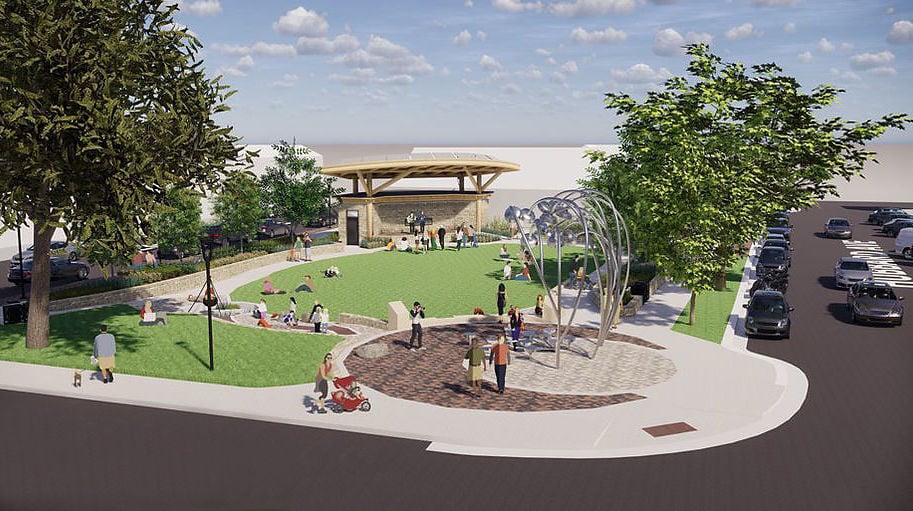 A street view rendering of the Stone Horse Green urban green space to be built at a historical site in the heart of Middleton's downtown. 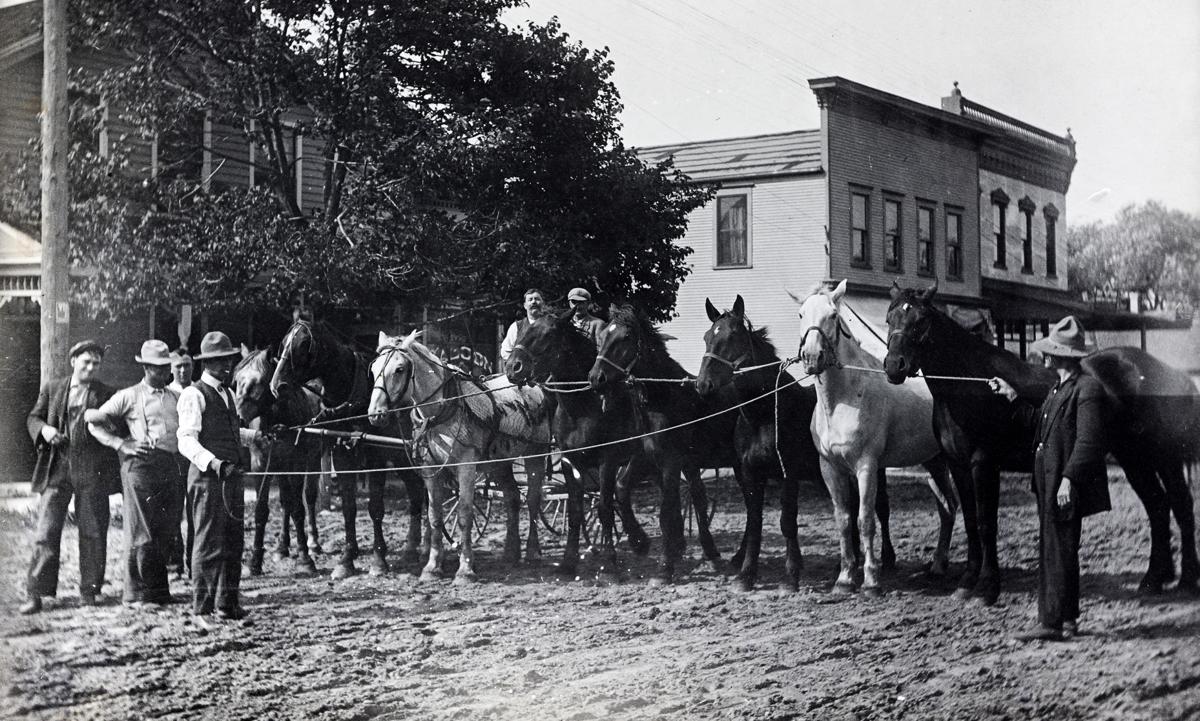 The central location of the former livery where Stone Horse Green is today made it a hub for businesses and Middleton residents. 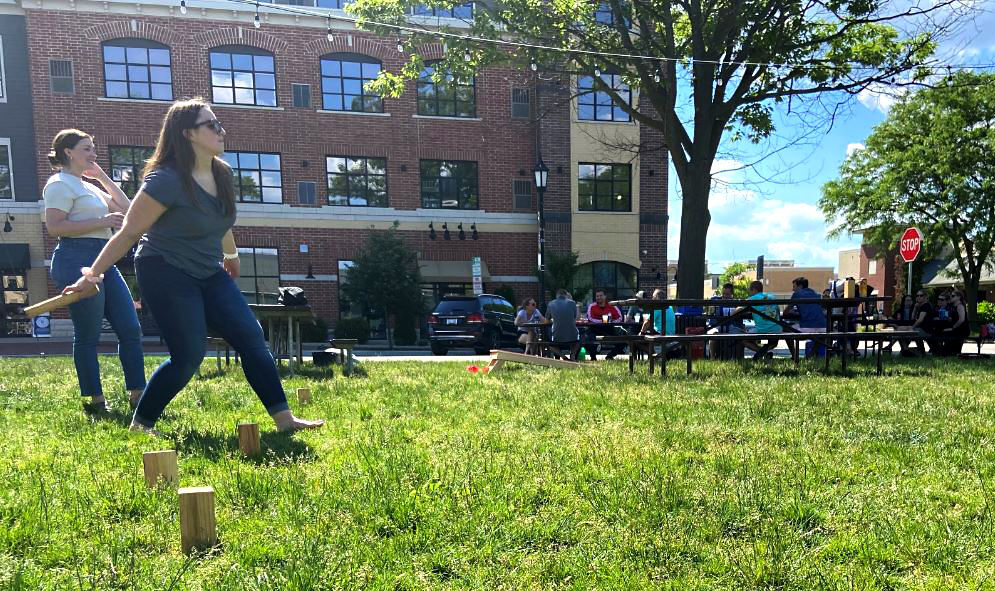 Payton Wright, front, and Tiffany Celmer play a lawn game at Stone Horse Green as part of an end-of-the-fiscal-year gathering with co-workers from Strohm Ballweg. 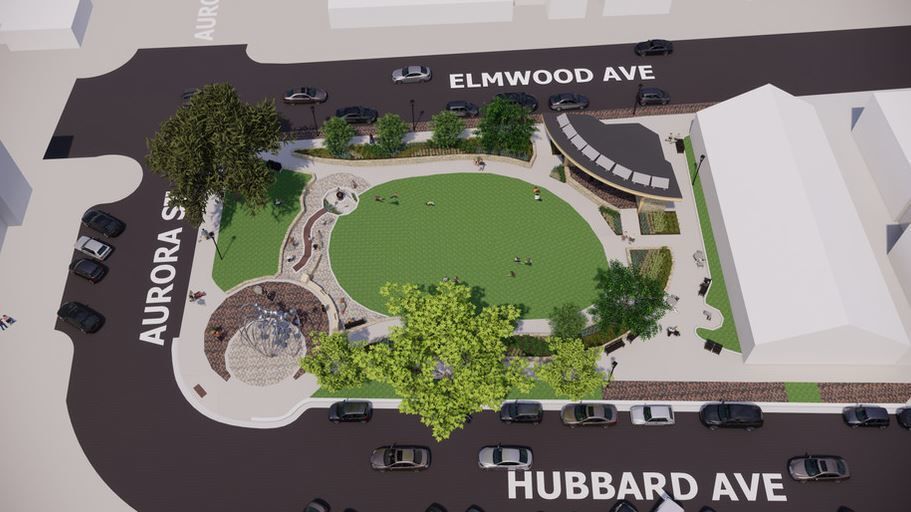 A rendering shows an aerial view of the Stone Horse Green urban green space to be built at a historical site in the heart of Middleton's downtown.