The nonprofit organization that supports the Dane County-run Vilas Zoo alleges the zoo director and a researcher made sexually explicit and demeaning comments toward its staff and engaged in other workplace misconduct while the county and the nonprofit were in negotiations to renew a use agreement, records show.

Employees of the Henry Vilas Zoological Society filed complaints with the county’s human resources department, according to letters sent to the county by the society’s board chairman, Tom Hanson.

Allegations against zoo director Ronda Schwetz “were not substantiated” after an internal investigation, county deputy corporation counsel Carlos Pabellon said. An investigation into the researcher, who was not named and is not a county employee, is ongoing, Pabellon said.

The county and the society have been in negotiations for 10 months to continue a partnership in which the county manages animal care and welfare, and the society operates concessions and guest services at the zoo. The county determined it could not reach an agreement and the society’s presence at the zoo will end March 31, said Josh Wescott, chief of staff for county executive Joe Parisi.

Hanson wrote that the society hired a lawyer to investigate the claims, which the lawyer determined had merit. The society then filed the claims with the county in July, October and December.

Society staff and board members would not answer questions relating to the allegations Tuesday, but a Monday report of the investigation of Schwetz determined there was not enough evidence to prove allegations including that she used a vulgar term to describe the executive director of the society, Alison Prange; shared confidential salary information on Prange; and drank to excess at conferences.

“Because the concerns deal with ongoing employment issues, I cannot comment on the details,” Hanson told the Wisconsin State Journal. “We trust that the county will address our concerns in an appropriate manner.”

Pabellon said he would not comment further because the allegations constitute a personnel matter. Schwetz did not respond to requests for comment.

In his letter, Hanson suggested the allegations played a role in the society’s decision to reject the zoo director’s authority over all zoo operations, including the concessions and guest services operations the society currently oversees.

“(Society) staff believe their jobs and personal safety are being threatened,” Hanson wrote to the county. “As a result, we cannot feel comfortable with the county’s proposed contract in which zoo leadership will have ‘ultimate authority’ over the (society) and its employees and actions.”

Hanson also speculated that the allegations may have led to the breakdown in negotiations with the county.

“The county appears to be choosing to end a successful long-term partnership rather than protecting the rights, safety and dignity of (the society’s) employees and addressing problematic behavior of county staff,” Hanson wrote. “That is truly unfortunate.”

Society staff and board members said they want to continue negotiations to reach agreement on a new contract. Wescott said that won’t happen.

The county argues the society has stashed away too much money — in excess of $6 million, much of it in endowment and reserve funds — instead of investing it in the zoo, and that the zoo director needs to have supervising authority over all operations to maintain the zoo’s accreditation with the Association of Zoos and Aquariums.

The society said it has done nothing improper with its funding and is ensuring its financial stability. The society also said the zoo director does not need ultimate authority over all non-animal aspects of zoo operations to maintain AZA accreditation.

The boxes hold Nature Passports, booklets used for a scavenger hunt and journaling activity for children and parents. The program is a way to explore Nature Net sites found at parks and nature centers.

Henry Vilas Zoo visitors won't have to wait as long for a restroom or an ice cream cone, thanks to the opening of a new facility on Wednesday.

Visitors to the zoo's exhibit, which was recently named the eighth best in North America, can see polar bears, grizzly bears and harbor seals.

In what seems like an incredibly hasty decision, Dane County has cut ties with the Henry Vilas Zoological Society, which has supported Dane Co…

"Concessions will operate. The Carousel will turn," Parisi said.

The county is recommending Centerplate, which does work at the Alliant Energy Center, take over operation of the zoo's concessions and rides.

The consultant, Mike Gill, will advise the county as it takes over fundraising duties and additional operations from The Henry Vilas Zoological Society.

With charges flying back and forth, I don’t pretend to comprehend all the issues driving the county executive’s office to divorce the Henry Vi…

A Dane County committee on Tuesday night endorsed resolutions to hire more staff and to operate concessions at the Henry Vilas Zoo.

Schwetz is charged with assault with sexual motivation in Seattle Municipal Court. 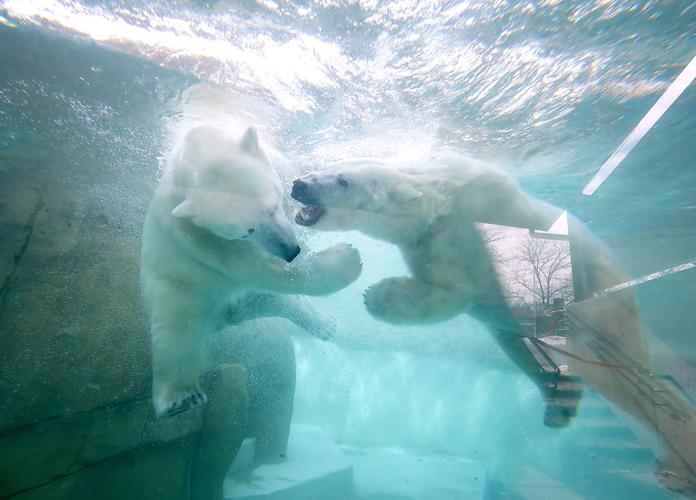 Polar bears Nuniq and Berit cavort in the waters of their enclosure's pool at Vilas Zoo in 2016. 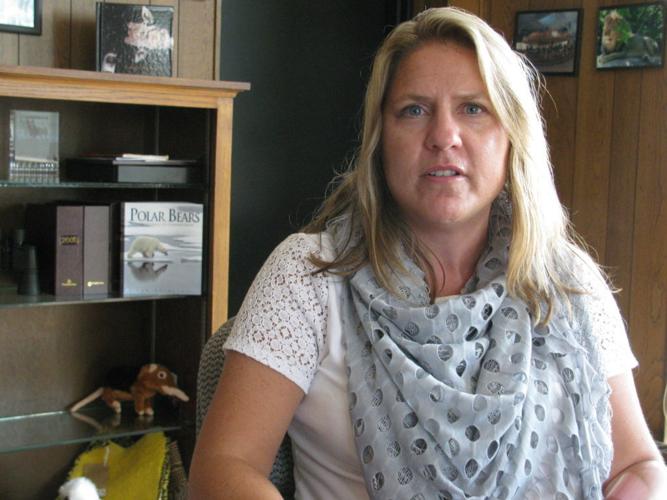