After a strong turnout for the second year in a row, it seems that Shake the Lake organizers have given new life to a local tradition.

Its predecessor, Rhythm & Booms, was cancelled due to financial struggles following its first year at Lake Monona after moving from its longtime location in Warner Park.

But after two consecutive successful years, it appears that the revamped fireworks festivities are here to stay.

After nailing down the logistics of the new festival last year, organizers were able to make some improvements and changes this year, said Vern Stenman, president and managing partner of Big Top Baseball, which produces Shake the Lake with sponsorship from Festival Foods.

Given the success of last year’s musical acts, Stenman said organizers quadrupled spending on music for this year’s event, adding a second stage. The festival also added a market with a variety of vendors.

“We wanted to invest in the things people responded to,” he said.

Ben and Jill Olson, of Madison, frequently caught the Ryhthm & Booms show in Warner Park and said they’ve enjoyed the move to the shore of Lake Monona.

“It works well here,” Ben Olson said, adding that the new location is both scenic and more accessible than Warner Park.

The two were some of the first to arrive at the event and snagged some of the best viewing spots right along the lake near Monona Terrace.

Throughout the evening, the grass near the lakefront steadily filled up with eventgoers setting up lawn chairs and spreading out blankets. Those who came a little later perched on the rocks near the lake or sat further back while they took in the sunshine and good food.

Despite 90-degree weather early on, attendees were able to keep cool with the breezes coming off the lake.

While the main event, the fireworks, didn’t shoot off until 10 p.m., plenty of people decided to arrive early to make an evening of the festivities.

Amber Levenhagen, who recently moved to Madison, came to the event shortly after it opened with plans to stay for most of the night.

Shake the Lake drew a diverse crowd, from teenagers to young couples to families.

Shelly Walch, of Prairie du Sac, returned to the event after coming to it last year. She said she was impressed by the festival’s entertainment, including David “The Bullet” Smith known as The Human Cannonball.

Along with a larger focus on entertainment, organizers have also made some long-term investments, like purchasing, rather than renting, the barges used to launch fireworks. Stenman said those type of purchases, while a big cost at the time, are a smart financial decision that will help out down the road.

Madison Festivals, which also hosts Taste of Madison and the Madison Marathon, took over Rhythm & Booms in 2013. The event, first started in 1993, annually attracted hundreds of thousands to the North Side location and had estimated costs of between $300,000 and $500,000.

Organizers declined to comment on the costs for Shake the Lake.

Conor Caloia, chief operating officer of Big Top Baseball, said organizers don’t want the event to get too big and want to ensure that Shake the Lake maintains a community feel.

“Were growing, but doing that cautiously,” said Caloia.

Making small changes and improvements each year will make the event sustainable and give fireworks fans something new to look forward to each year, he said.

“We think that ... this will be something we can sustain for a lot of years,” Caloia said.

‘We’re growing, but doing that cautiously. We think that ... this will be something we can sustain for a lot of years.’ conor caloia
Chief operating officer of Big Top Baseball

Organizers of the first Shake the Lake fireworks display over Lake Monona in June declared the condensed event an overwhelming success.

The June 24 festival will feature a large fireworks display over Lake Monona, two music stages and a market with local vendors and artisans. 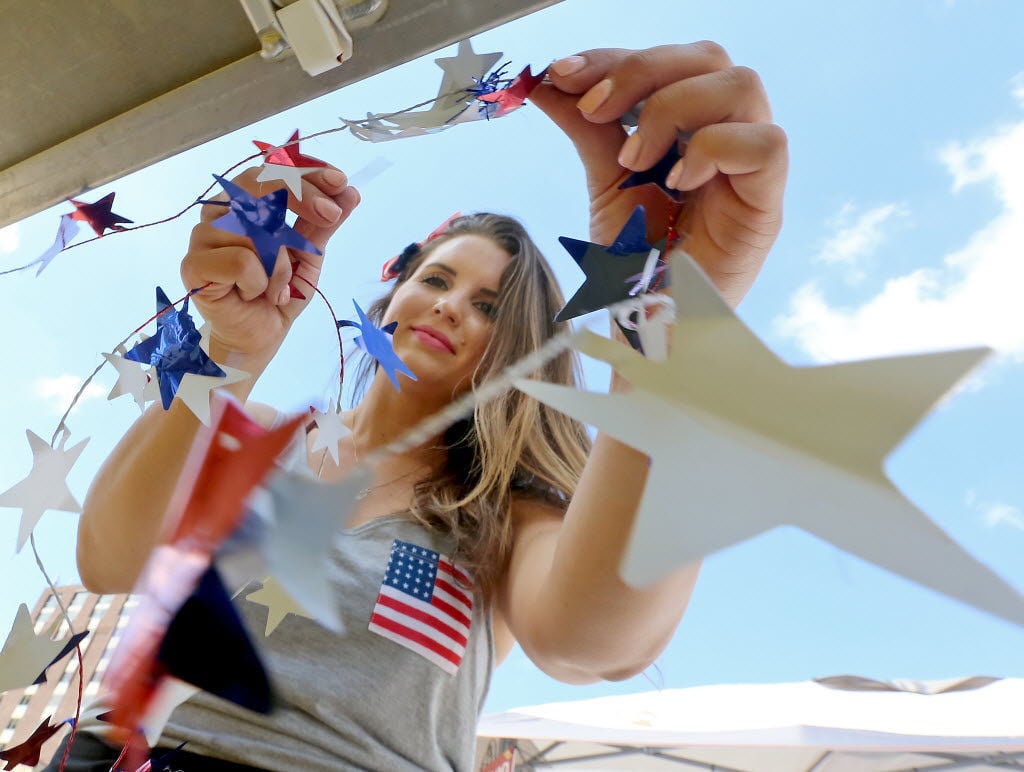 Molly Fox, owner of Toast food cart, bedecks her trailer in holiday trim during Saturday's Shake the Lake event on the shores of Lake Monona. 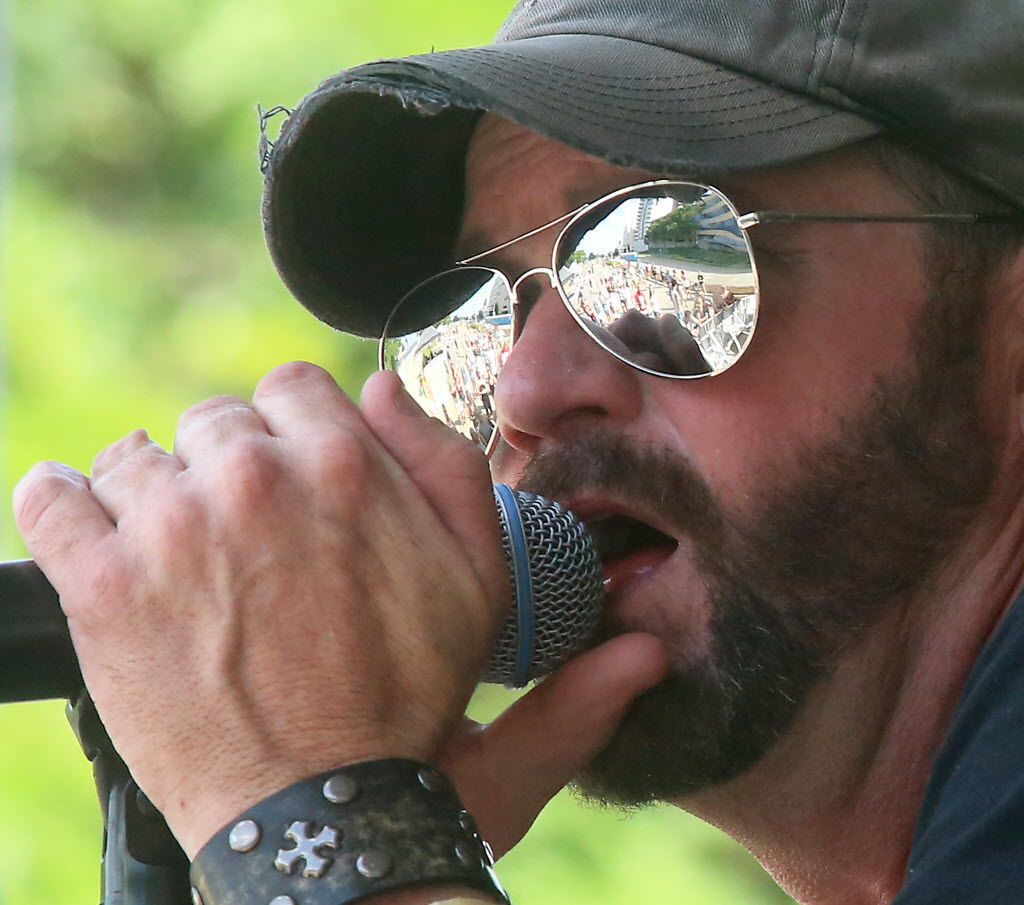 Tim Daniels, lead singer with the band 5th Gear delivers a song during Shake the Lake. Event organizers added an additional stage for music to this year's festival. 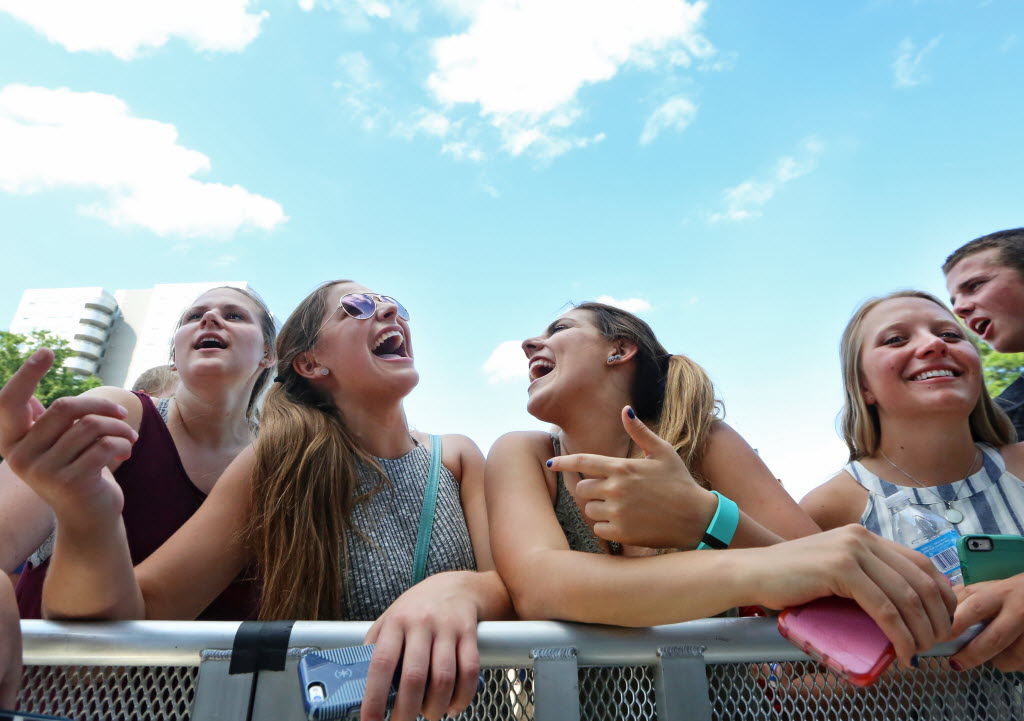 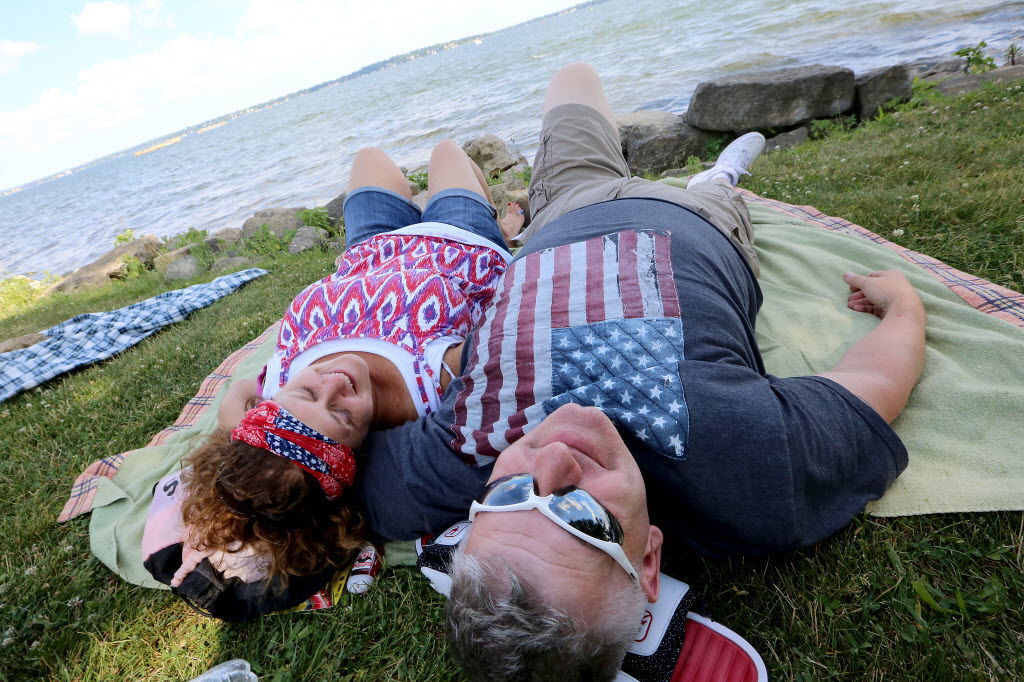 Paul Hannigan, of Janesville, and his fiance, Julie Haas, of Madison, stake out an early spot for evening fireworks during a visit to Saturday's Shake the Lake. 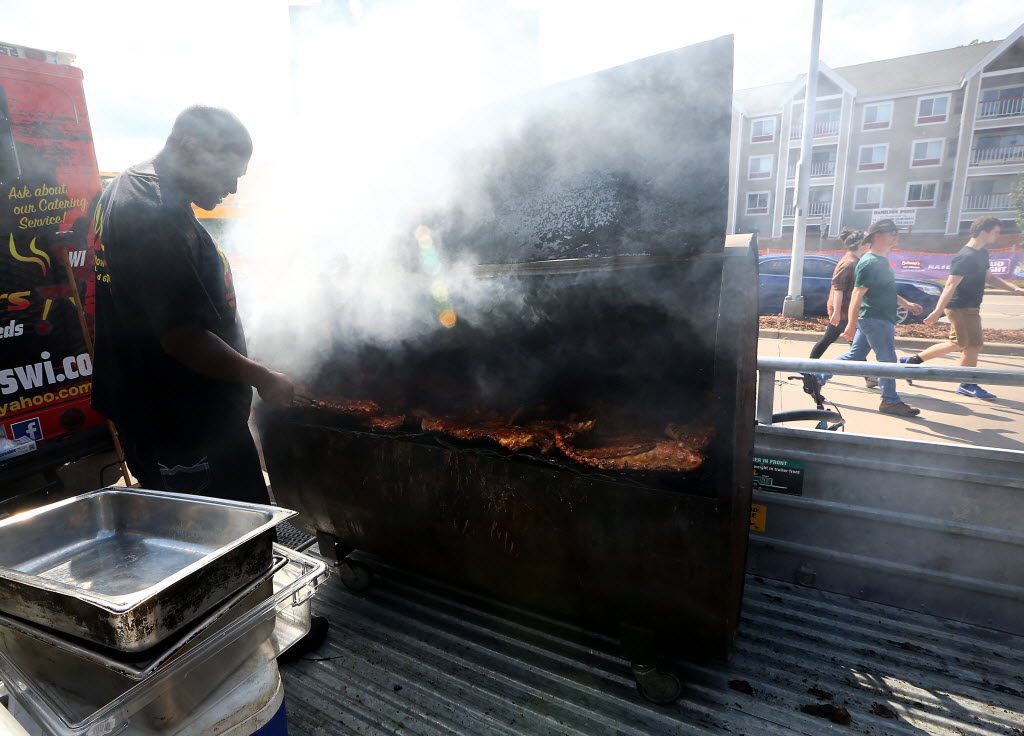