The driver of a semi truck was found dead in the truck Wednesday afternoon in a ditch on a Juneau County highway.

The Sheriff's Office said a call came in around 1 p.m. about a semi in the ditch on Highway 80 near Highway H.

"Upon arrival, responding units discovered the unresponsive driver," said Sheriff Brent Oleson. "The driver was pronounced dead at the scene after lifesaving measures were performed."

The report gave no indication if the driver died as the result of the crash into the ditch or if it was a medical problem.

The Sheriff's Office was assisted at the scene by Elroy Police, Fire and Ambulance, Mauston Medic 1 and the State Patrol.

The State Patrol is continuing the investigation.

The driver's identity was not released pending notification of family.

Shot fired in Fitchburg, no evidence of anyone injured, police say

Fitchburg police are investigating a shots fired incident that happened early Friday morning, with nobody reported getting injured.

A tractor pulling a wagon full of silage was rear-ended by a semi truck Wednesday in Grant County, with both drivers flown to UW Hospital for treatment of their injuries.

A Hillsboro man was arrested Wednesday on charges of sexual assault of a child.

A woman who accepted a ride from a stranger Thursday night on Madison's South Side was allegedly sexually assaulted before being able to get out of the car. 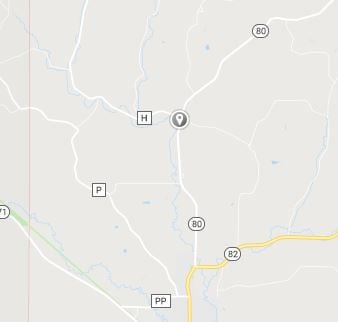