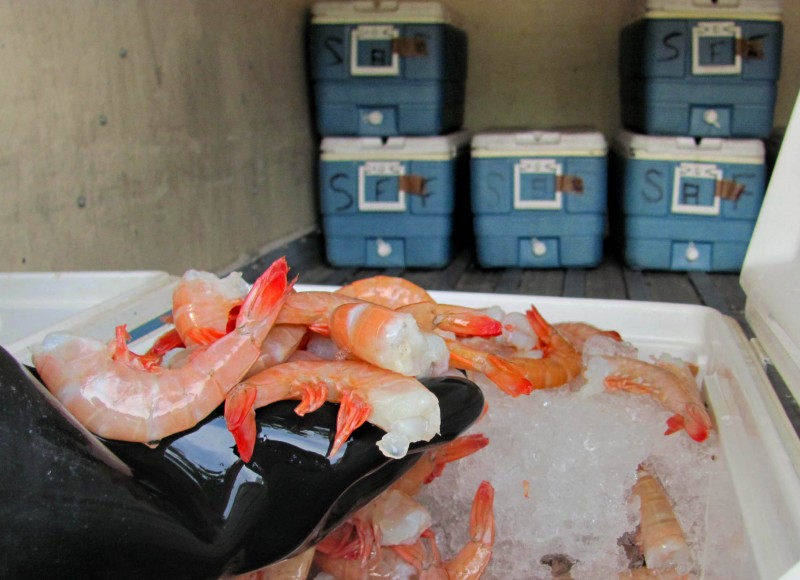 Jumbo shrimp, numbering 10-15 per pound, which are sold at $14.50 per pound at the Fabian Seafood truck in Madison. 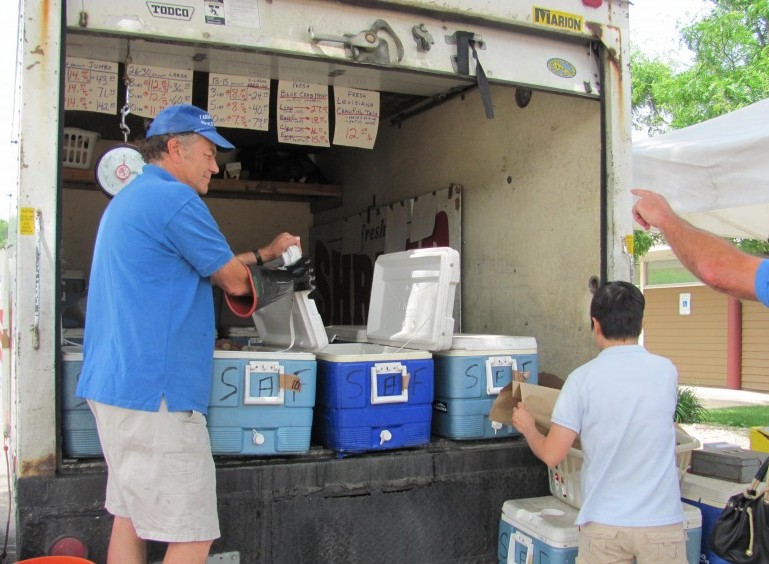 Steve Fabian, who owns the Fabian Seafood route that stops in Madison, at the company’s shrimp-filled coolers in a truck parked on University Avenue. 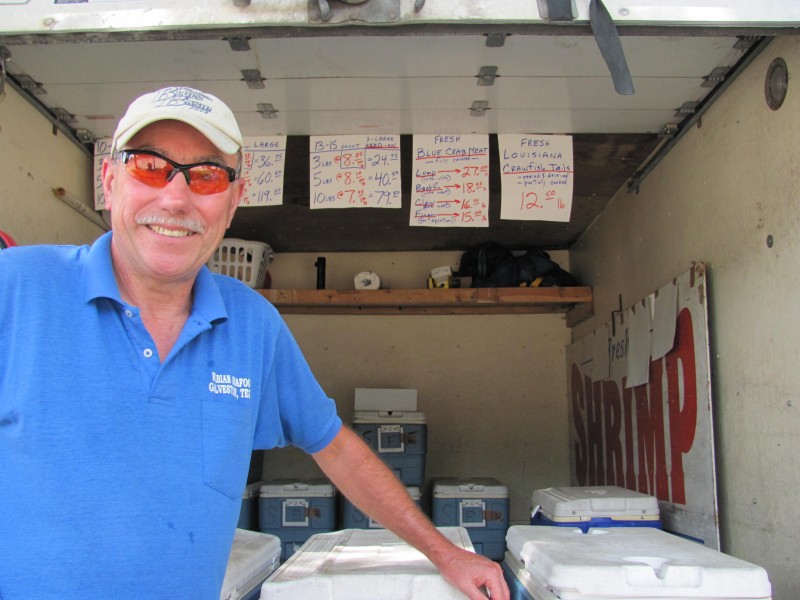 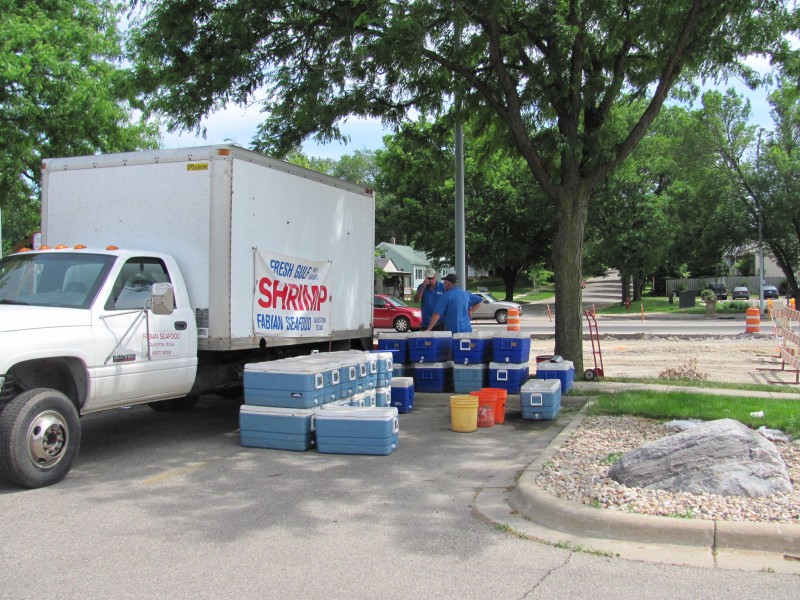 Fabian Seafood has been selling fresh shrimp on motor routes for 35 years. In Madison, customers get postcards or e-mails advising of the truck’s arrival.
By GEORGE HESSELBERG | | 608-252-6140

With an uncontrolled BP gusher slicking the Gulf of Mexico and commercial fishing curtailed over thousands of square miles, you might think that a truck with a sign advertising "Fresh Gulf Shrimp" would be met with some trepidation.

But not Fabian Seafood, out of Galveston, Texas, which has parked at Steve's Liquor every month or so nine months out of the year for 30 years. It has a customer base of more than 1,200 that is mustered by postcard and e-mail, and the worries of those customers were in constant voice Tuesday, not only about the supply of fresh shrimp, snapper and crab, but about the status of the business.

Steve Fabian, 57, who owns one of the four Fabian routes through the Midwest, calmly deferred to a mantra that has been repeated to media and customers since the oil rig explosion: Prices are up, the supply has not been affected yet, but there is additional strain on that supply from producers in states other than Texas.

"Trucks are coming in from Louisiana and Mississippi to Texas to get shrimp because the product is no longer available in those states. They're coming in and bidding up the shrimp," Fabian said.

Fabian's opinion is slightly more informed than most, and his rock solid answer to what is going to happen to the fresh seafood business is "I don't know," and "it depends."

"Hurricane season started already," he said. "We don't know which way the oil is going to go, it's 350 miles away."

Prices are rising at about 50 cents a pound every week, he said. Tuesday his crew - greeting by first name many of the Madison customers - was selling large shrimp for $12.25 per pound.

At every stop on this nine-day route, Fabian said, people are buying about twice their usual amount, but Tuesday he was telling customers he would be back in three to four weeks. His crew heads to Rochester, Minn., on Wednesday and then to the Twin Cities. Fresh product is air-freighted in.

Still, Hollie Engman, clutching her pound of jumbo shrimp, said the oil in the gulf is a disaster no matter if it curtails shrimp fishing in the east or in the west.

"It still has to land somewhere," she said.

Police have released little information, but say they are taking the incident "very seriously" and are "committed to upholding the public's trust."

"Why would I have a showroom with area rugs on it if I think it's any rain?" Rubin said.

Kenosha Unified district residents slashed the salaries of School Board members, required their in-person meeting attendance in order to be paid, and recommended a decrease to next year's tax levy at Tuesday night's annual meeting of electors.

Jumbo shrimp, numbering 10-15 per pound, which are sold at $14.50 per pound at the Fabian Seafood truck in Madison.

Steve Fabian, who owns the Fabian Seafood route that stops in Madison, at the company’s shrimp-filled coolers in a truck parked on University Avenue.

Fabian Seafood has been selling fresh shrimp on motor routes for 35 years. In Madison, customers get postcards or e-mails advising of the truck’s arrival.
© Copyright 2021 Capital Newspapers Inc., madison.com , 1901 Fish Hatchery Rd Madison, WI | Terms of Use | Privacy Policy
Powered by BLOX Content Management System from TownNews.com.
You don't have any notifications.