Madison’s Air National Guard unit has grounded pilots as the military investigates the crash of an F-16 fighter jet that killed an Air Force captain from New Mexico during a training exercise Tuesday over Michigan’s Upper Peninsula.

A decorated combat veteran, Jones graduated from F-16 basic qualification training in 2015 and served three deployments, including one to Afghanistan in 2019, according to the Guard.

Jones is survived by his wife and two children. The Guard said his family does not wish to speak to the media.

Van Roo said the tight-knit unit is also mourning the loss of one of its members.

“The loss of a member like this is a very difficult thing for such a committed group of professionals,” he said.

“Losing a member of the Wisconsin National Guard creates a void, and every member of our organization shares in that grief,” the statement said. “Capt. Jones was a great pilot, leader, patriot, and combat veteran, who lost his life training to protect our state and nation. ... He was also a loving husband, father, son, brother, and friend.”

Gov. Tony Evers on Friday ordered U.S. and state flags be flown at half-staff beginning at sunrise on Saturday.

The Air Force is investigating why the plane crashed, but Van Roo said it could take a month to determine exactly what happened and more than a year to determine why.

The search effort began shortly after the crash in a remote area of the forest that Delta County Sheriff Ed Oswald said is “very remote with no cellphone service.”

Van Roo said the investigation will look at all aspects, including maintenance, aircraft integrity, pilot briefings and training.

The unit, which supports the Air Force’s national defense mission, will be grounded until leaders determine it is safe to fly again, Van Roo said.

Citing the ongoing investigation, Van Roo declined to comment on the condition of the unit’s 33-year-old jets. In April, the Air Force named Truax as one of two bases to host fleets of new F-35 fighter planes to replace the F-16s starting in 2023.

Tuesday’s crash was the third of an F-16 from the 115th Fighter Wing in 25 years. Maj. Joe Trovato said it is the unit’s first fatal crash since Capt. Bill Miller’s A-10 jet went down at Fort McCoy in 1987.

The unit’s last active duty death occurred in 2015, when 22-year-old Airman 1st Class Kelly Tomfohrde died after falling from a window during a deployment to Kadena, Japan.

Truax Field is named for Wisconsin native Lt. Thomas Truax who was killed in a training accident in November 1941.

The crash occurred during a scheduled training exercise within Michigan's Hiawatha National Forest. The cause of the crash remains under investigation. 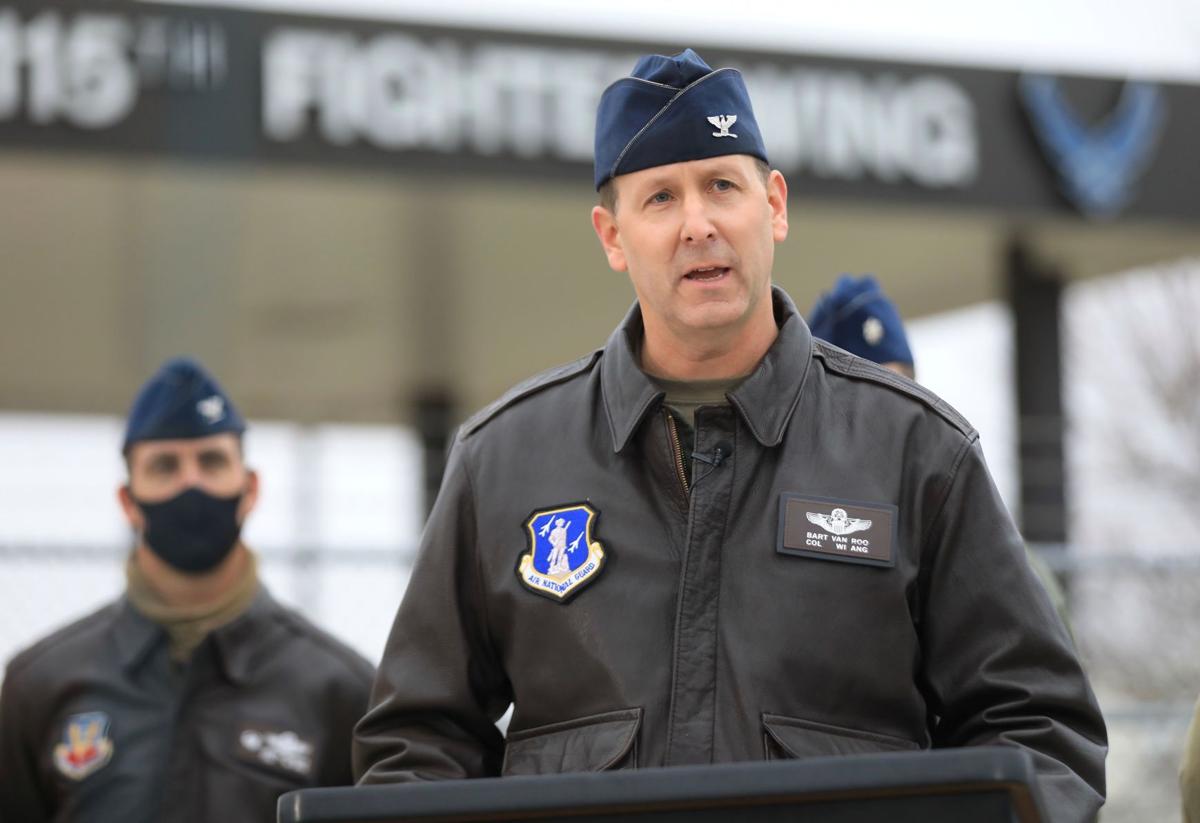 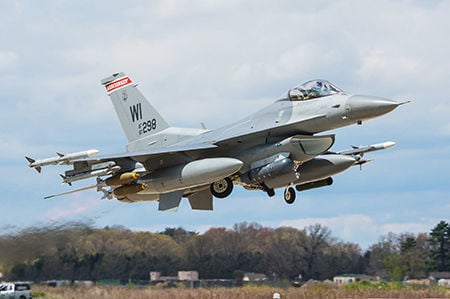 An F-16 Fighting Falcon loaded with munitions from the 115th Fighter Wing based in Madison takes off for a mission on May 6, 2019, at Volk Field. 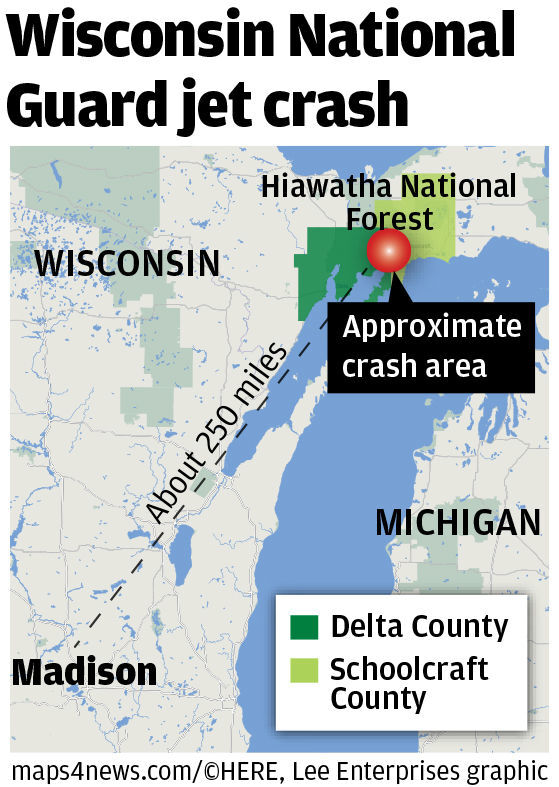 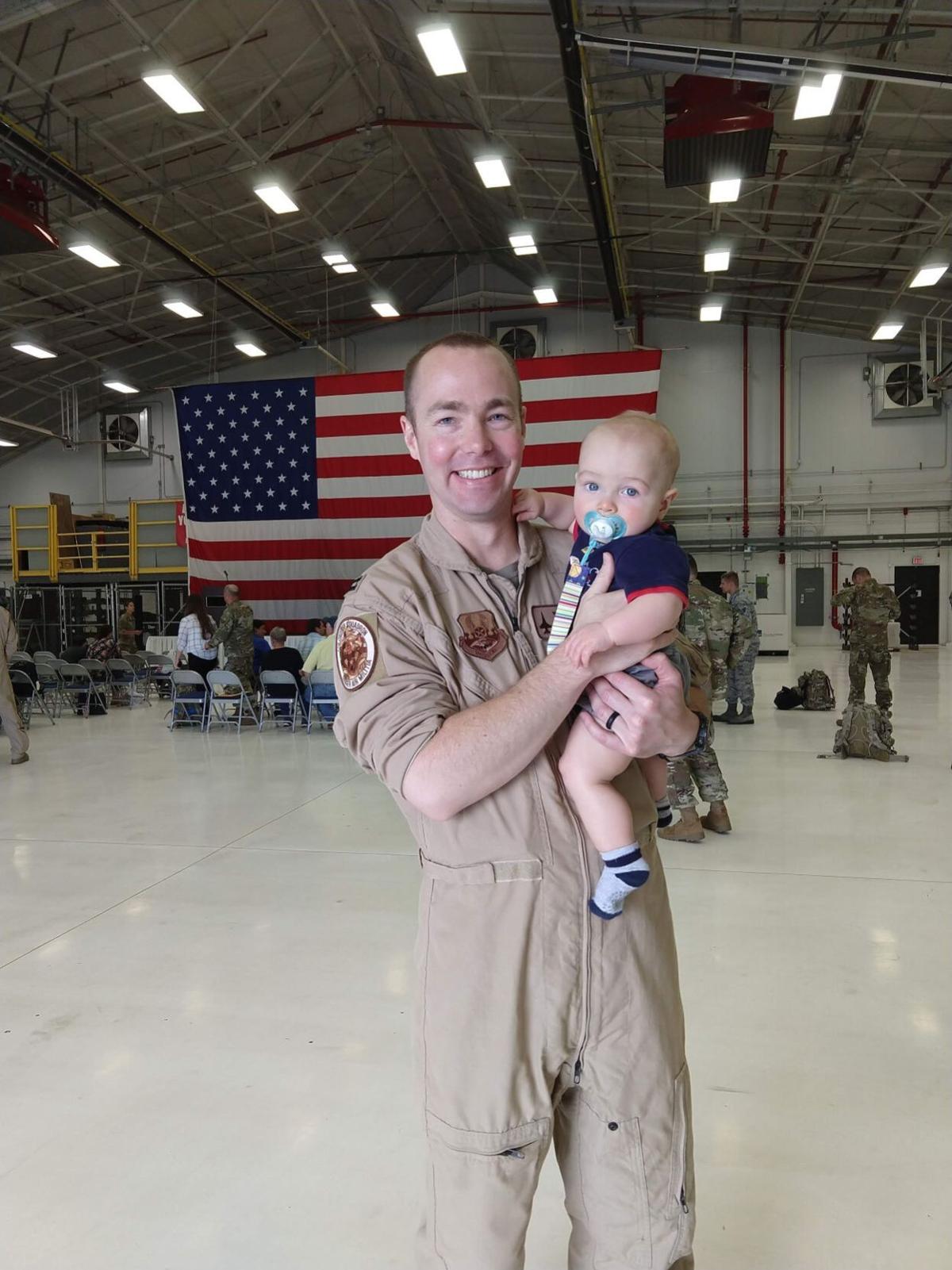