The State Street block home to Madison’s performing arts center and Museum of Contemporary Art sustained damage after rioters trashed the museum’s gift shop Saturday and a driver on Friday missed a curve and drove into the Overture Center.

The Overture Center said in a statement Monday that a driver missed a curve at the corner of Dayton and State streets and drove into the building. The cause of Friday’s accident was not clear, but several people witnessed the car missing the corner and going through a window. It damaged a door and some of the stone masonry near the front entrance, the center said in a news release.

The driver was able to drive away and has not been apprehended, but several people took photos that have been shared with police, the center said. Police described the car as a black sedan, possibly a Ford Taurus.

As part of a protest Downtown against police brutality that turned violent Saturday night, rioters smashed the windows of the gift shop and the Overture Center said about 30 people broke in. Others spray-painted graffiti across the exterior of the building.

No one was injured in either incident, according to Overture officials, and it was too early Monday to determine the cost of the damage.

There was additional rioting Sunday night, but the buildings in the 200 block of State did not suffer any further damage, the Overture Center said.

The woman told police that the man grabbed her, demanded money and tried to push her into nearby woods just after 3 p.m.

Police were trying to stop looters from shattering glass at the restaurant Teddywedgers, 101 State St., and Tobacco Mart, 103 State St. 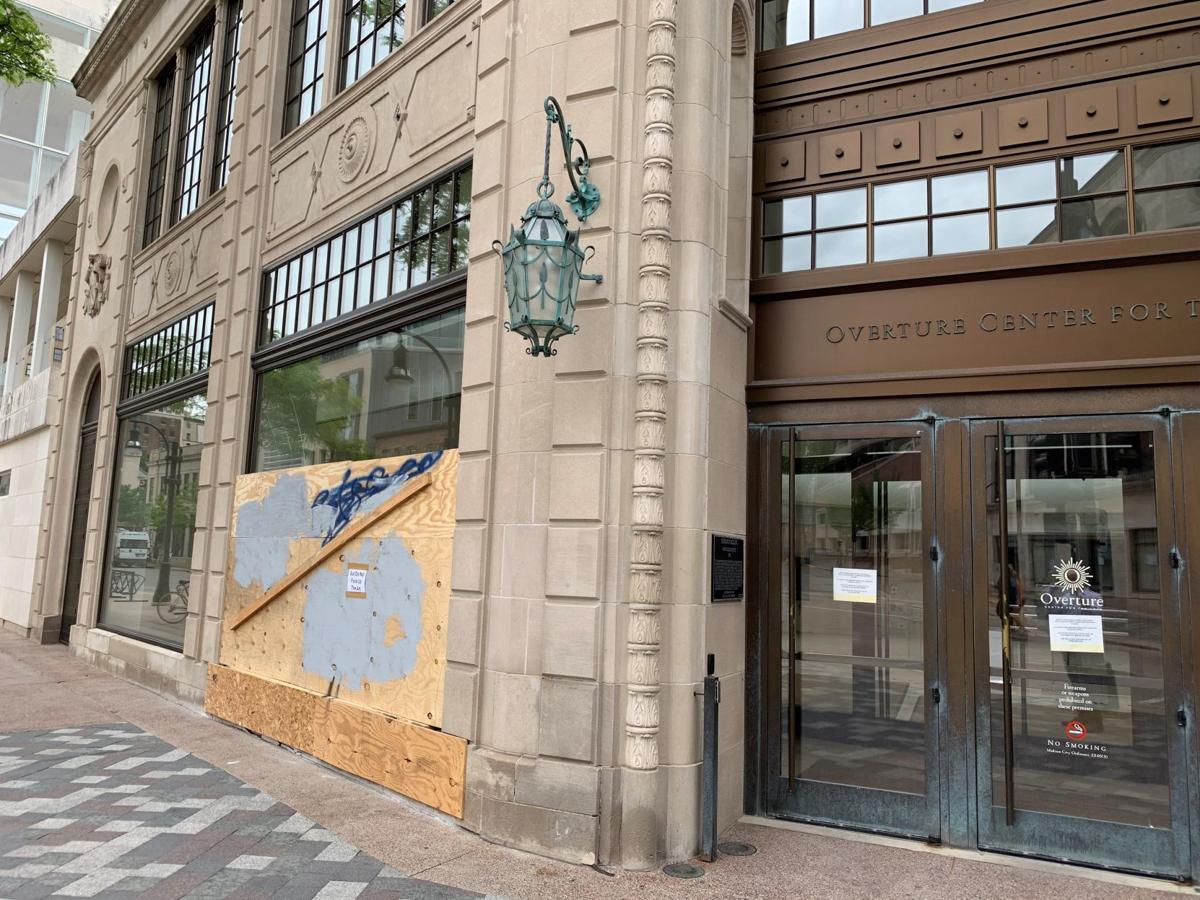 Boards cover the spot where a car went through a window of the Overture Center Friday night, shattering the glass and damaging some of the masonry. 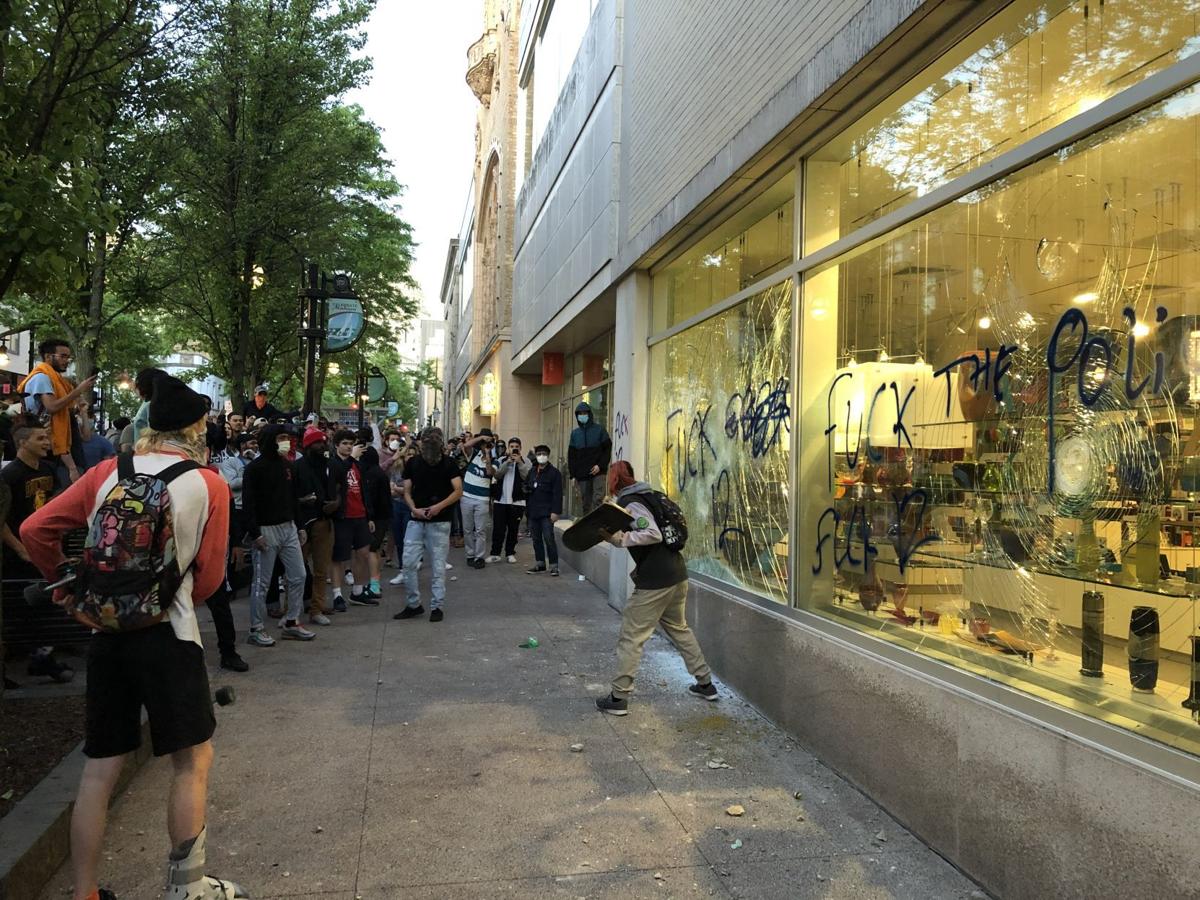 Rioters smash the window of the Madison Museum of Contemporary Art gift store on Saturday night.