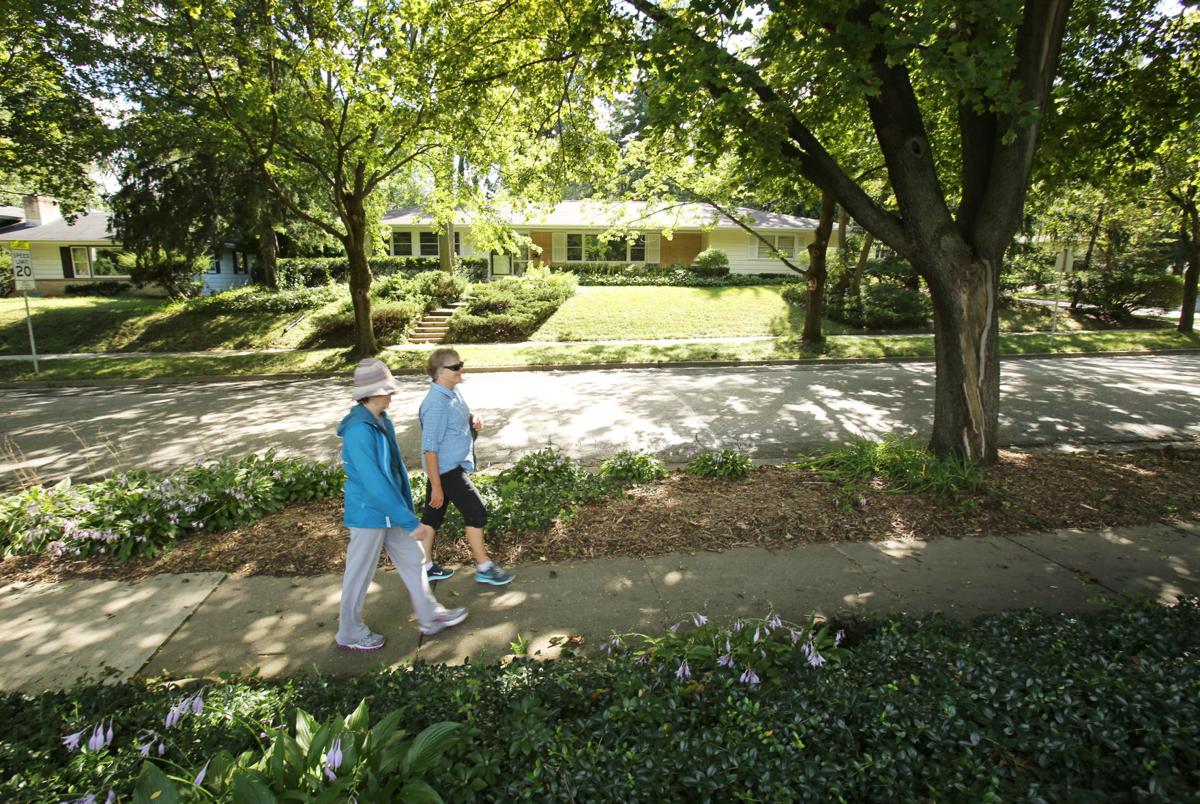 Rosemary Jones, right, takes a walk with Phyllis Binder, of Virginia, in the University Hill Farms neighborhood on Madison's West Side. Jones has lived here for 34 years. 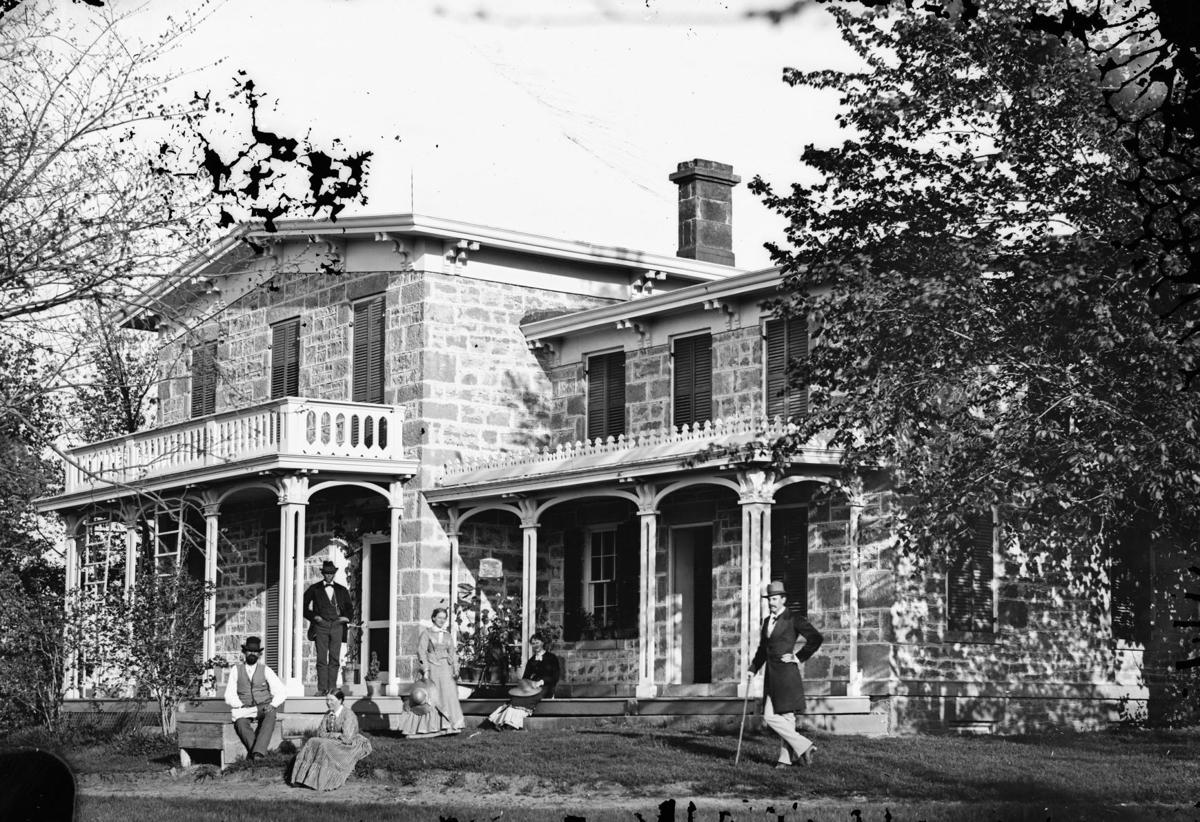 Harmon J. Hill and family, all dressed formally, posing in front of their home in 1879. The sandstone house was built in 1857 and later became part of the University Hill Farms neighborhood.

Concerts, parades, swim meets and garage sales coupled with single-family homes, apartments, duplexes, one of the city’s main shopping centers and a prime location have helped make the University Hill Farms neighborhood one of the most desirable places in Madison to live for over 50 years.

This is where many of the streets are named after counties of Wisconsin, schools are a short walk away and a trip to UW-Madison or the city’s Downtown can be easily made in just minutes via bus, bike or car. And if you need the Beltline, the on-ramps to the highway are just blocks away at either Whitney Way or Midvale Boulevard.

“The neighborhood’s deep-rooted history, mid-century housing stock, and diverse land uses and activities solidify its status as a diverse and desirable place to visit, work and live,” the neighborhood association’s planning document, approved earlier this year, states. “With urban growth extending westerly over the past 50 years, much of the planning area still maintains its original suburban-like feel with a residential fabric or single-family and curvilinear streets.”

But while the heart of the neighborhood is being preserved, development is occurring or planned for its fringes.

The projects include the redevelopment of the state Department of Transportation property that includes a $186 million, 600,000-square-foot, nine-story office building and a 1,700-stall parking garage. Another 14 acres of the property at Sheboygan Avenue and North Segoe Road are being redeveloped by Gilbane Development Co. and CD Smith. Details have not been announced but preliminary plans call for a mix of retail, housing, office space and possibly a hotel.

Just to the west, the American Red Cross property could be redeveloped as could the University Avenue Triangle at Old Middleton Road and North Whitney Way. Meanwhile, on the east end of the neighborhood, the multi-year redevelopment of the Hilldale Shopping Center is about to take another step.

In May, WS Development announced plans for a 55,000-square-foot project that will open up the south end of the shopping center to give Sundance Cinemas a higher profile, provide new space for University Book Store and continue the trend of more open-air shopping at the center, located at University Avenue and Midvale Boulevard.

In 2015, the shopping center held a grand opening for a $15 million, 53,000-square-foot redevelopment between Macy’s and Metcalfe’s Market that created an open-air corridor on the shopping center’s north end. Hilldale, opened in fall 1962, is now home to a variety of shops and restaurants, parking structures, a Target store and a farmers market on Wednesdays and Saturdays.

“The shopping clearly brings an additional vibrancy to the neighborhood,” said Jacki Lawton, who has lived on South Eau Claire Avenue for over 30 years. “I love that you can go down to Hilldale now and there are young people walking around shopping. It used to be, when you went to Hilldale on a January evening, you could throw a bowling ball and not hit anybody. I love the energy that it’s bringing to us.”

The neighborhood, like many others in the city, was once farmland.

In 1846, New York native Harmon Hill and his wife, Clarissa, moved to the area, and in 1857 they built a large stone house at what is now University Avenue and North Segoe Road.

The Hills farmed the land until 1893 and sold the property to Benjamin Lewis, who, in turn, sold the farm in 1897 to the UW-Madison School of Agriculture for use as a research farm.

The state Legislature authorized the sale of the land in 1953 in an effort to create an integrated, walkable neighborhood. The first lots went on the market in 1955 with the neighborhood hosting Parade of Home events from 1957 through 1960. The neighborhood still has residents who occupy homes they built.

The neighborhood includes Rennebohm Park, which hosts concerts in the summer by the Capital City Band, wedding receptions, anniversary and graduation parties, volleyball leagues and soccer practices. Hill Farm Swim Club was founded in 1961 across the street and in 2009 completed an extensive remodeling that included a new pool and diving well. The Fourth of July includes a parade through the neighborhood and a marching band made up of neighborhood residents. A women’s golf league has been a mainstay for the neighborhood and was formed in 1958, two years after Odana Hills opened.

Lawton, 64, and her husband Mike, an attorney, moved to the neighborhood in 1985 and raised two boys. She has concerns about increased traffic from nearby commercial development but is excited to see more young families move in as older residents transition into other housing.

“When I moved here I thought it was ready to turn over,” Jacki Lawton said. “It turned out that it was not ready to turn over. So there were not very many young children for kids to play with but now it is time.

“The elderly are moving and now all these houses are becoming available and delightful families with young children are moving in. It really adds to the multi-generational flavor of the neighborhood.” 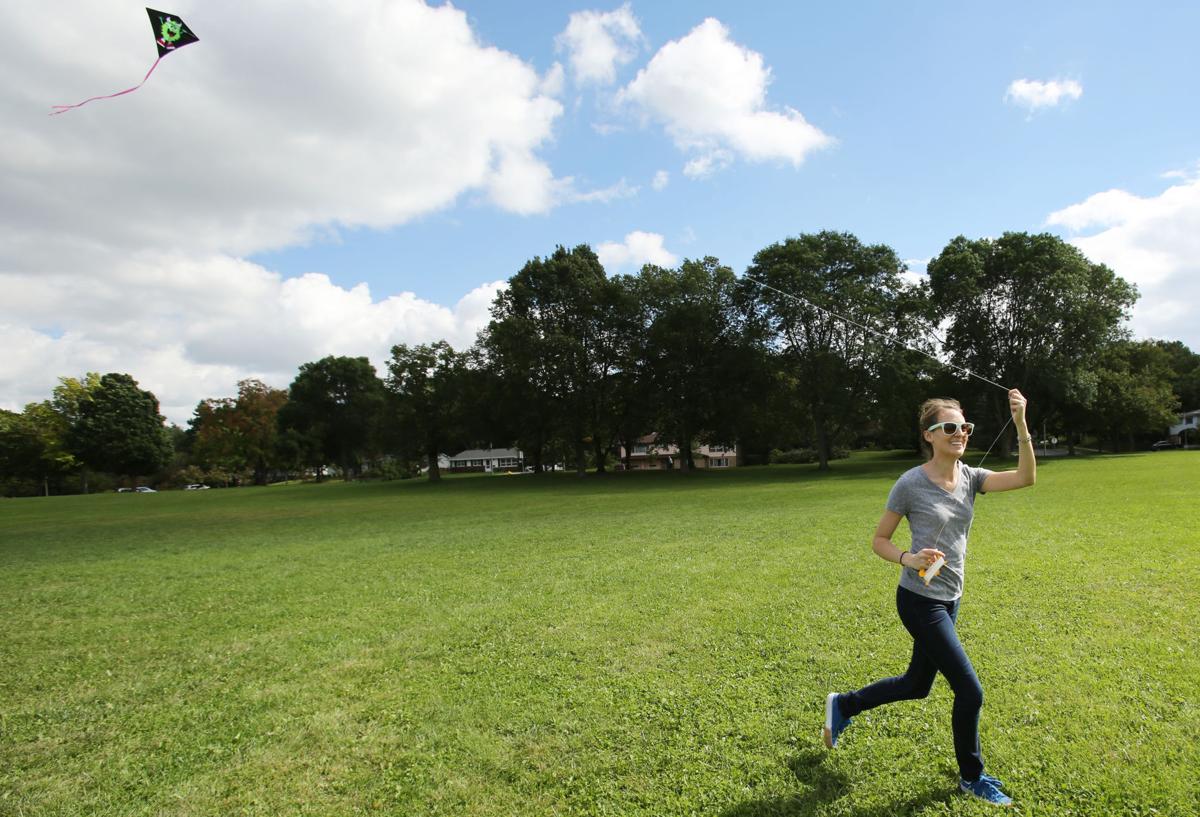 Courtney Morrison, a UW-Madison graduate student, flies a kite at Rennebohm Park in the University Hill Farms neighborhood. The park is a centerpiece for the neighborhood developed in the 1950s and early 1960s.

Rosemary Jones, right, takes a walk with Phyllis Binder, of Virginia, in the University Hill Farms neighborhood on Madison's West Side. Jones has lived here for 34 years. 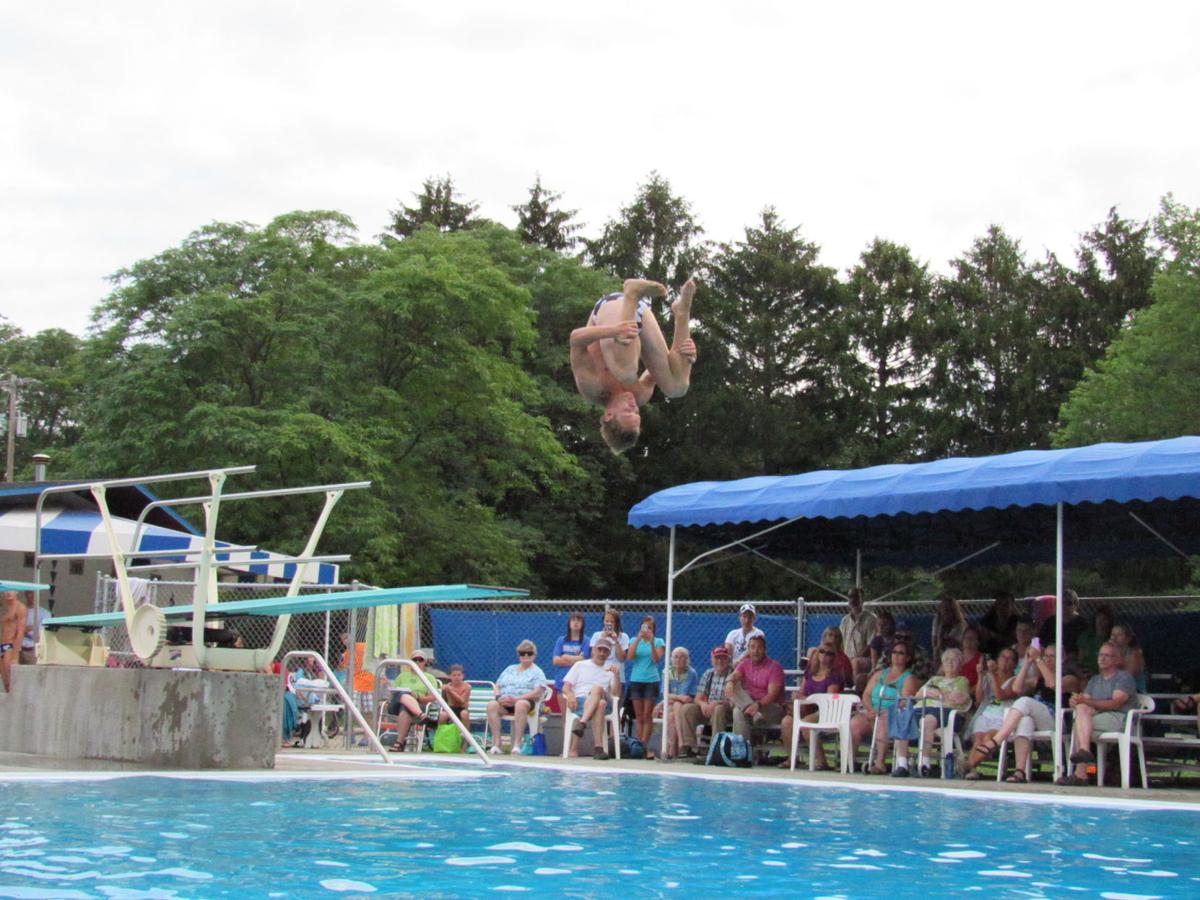 Hill Farm Swim & Dive Club was founded in 1961 at the corner of South Eau Claire Avenue and Regent Street and is a popular summer destination for those in the neighborhood.

This photo from 1957 shows the intersection of University Avenue and Midvale Boulevard, now home to Hilldale Shopping Center. The mall opened in 1962.

Harmon J. Hill and family, all dressed formally, posing in front of their home in 1879. The sandstone house was built in 1857 and later became part of the University Hill Farms neighborhood.