The exclusive Madison Club in the city’s Downtown expects to spend thousands of dollars to replace wallpaper some perceived as racially offensive after it was installed several months ago as part of a broader remodeling project.

The wallpaper in the Roosevelt Reading Room was unveiled in April and depicts monkeys dressed in human clothes walking on stilts, painting and playing the flute, among other activities, and was one part of a two-year, approximately $2.5 million interior remodel of the 110-year-old, members-only club at 5 E. Wilson St.

Madison Club board president Mike Theo said that while the wallpaper is in line with the Georgian design theme the club was going for, the board decided a couple of months ago to replace it after a “handful” of people raised concerns that it could be offensive to people of color.

Theo said he was not aware that any groups cancelled functions at the club because of the wallpaper, but said the club’s onsite management knew of one group that might have moved an event out of that particular room.

After being told of the wallpaper Monday by the State Journal, the director of the Odyssey Project — a UW-Madison program that offers classes in the humanities to low-income adults — said Odyssey representatives went to look at it and as a result decided to avoid using the Roosevelt room when the club’s foundation holds its charity gala benefiting the Odyssey Project on Nov. 2.

“Anthropomorphic depictions of monkeys have a long, unsavory history of reinforcing racial stereotypes of black people,” Odyssey director and English professor Emily Auerbach said. “The wallpaper depicts dancing, dark-faced monkey-people wearing clothes, engaging in activities such as sword fighting, etc. Any iconography that reminds us of a problematic past of discrimination and stereotyping is problematic, so we are glad the Madison Club agreed to replace the wallpaper.”

The charity gala is an annual fundraising event put on by the club’s foundation to benefit local worthy causes. Odyssey was selected to be this year’s recipient of the effort, which generally raises from $80,000 to $100,000, club officials said.

Auerbach said the Odyssey Project was “excited” to be selected for the gala and “glad that the foundation is targeting racial and economic inequities in our community.” But she said the group will work with the club to ensure nothing offensive remains visible for the Nov. 2 event.

“We intend to advocate for replacement of anything offensive and to meanwhile cover it up with our own photos and banners celebrating diversity and equity,” she said.

Madison in 100 objects: The Yost's facade

Georgian design dates from the early 1700s to the early 1800s, when four Georges occupied the British throne, and “Georgian architecture and interiors were known for their elegance and lightness of touch,” according to the website for the United Kingdom’s National Trust.

Wallpaper should be hurtful to all -- Naomi Chesler 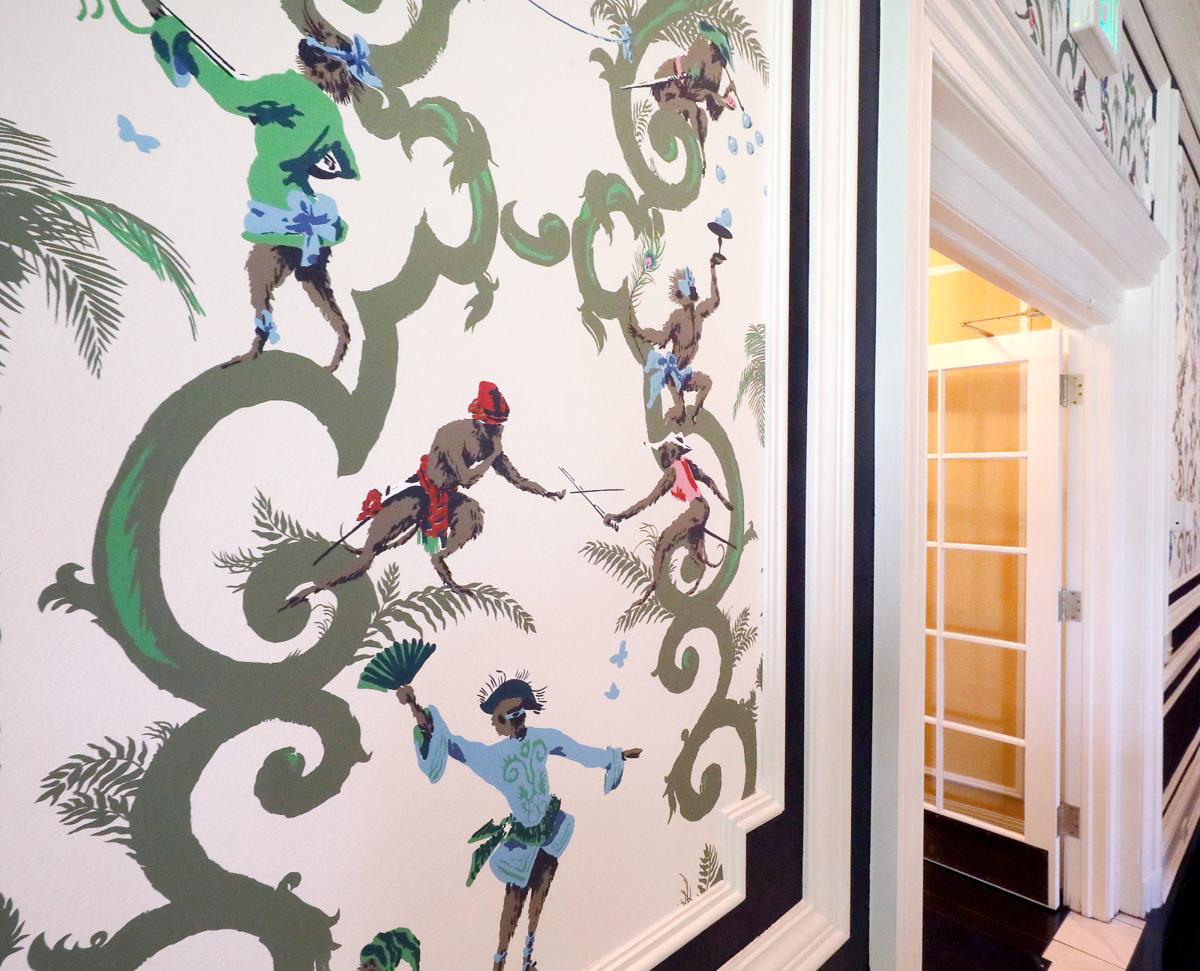 New wallpaper inside the Madison Club depicts monkeys dressed as humans engaged in sword fights, painting and other activities. 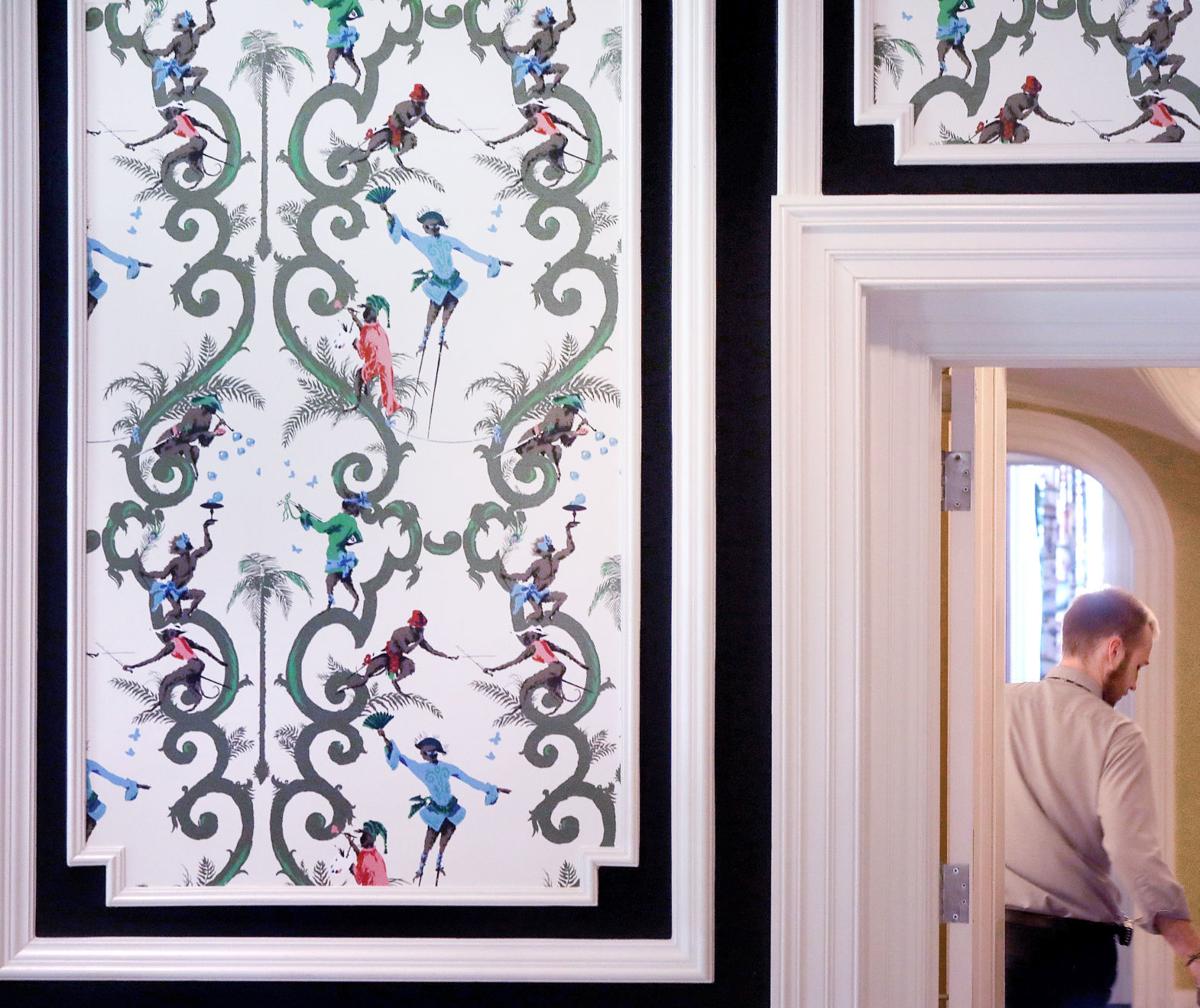 The Madison Club said it got a "handful" of complaints about its wallpaper, which contains a theme in painting popular 300 years ago in France. 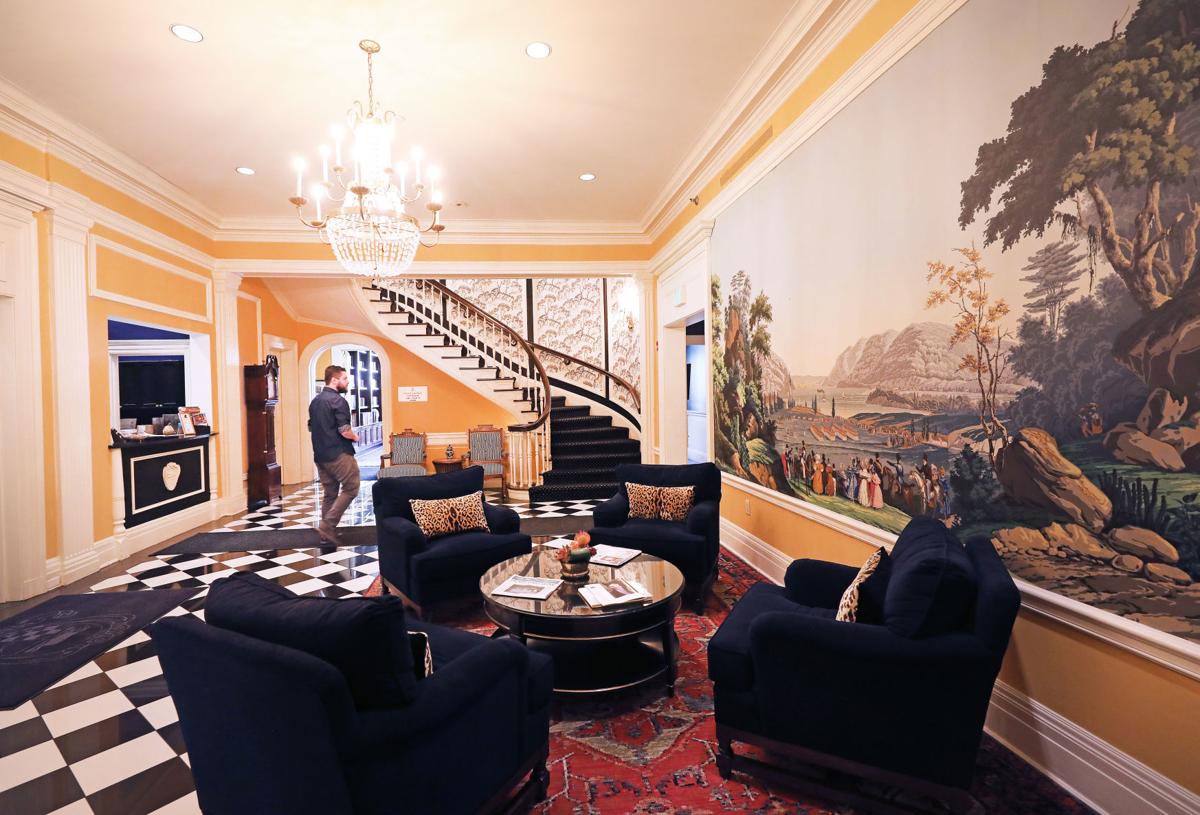 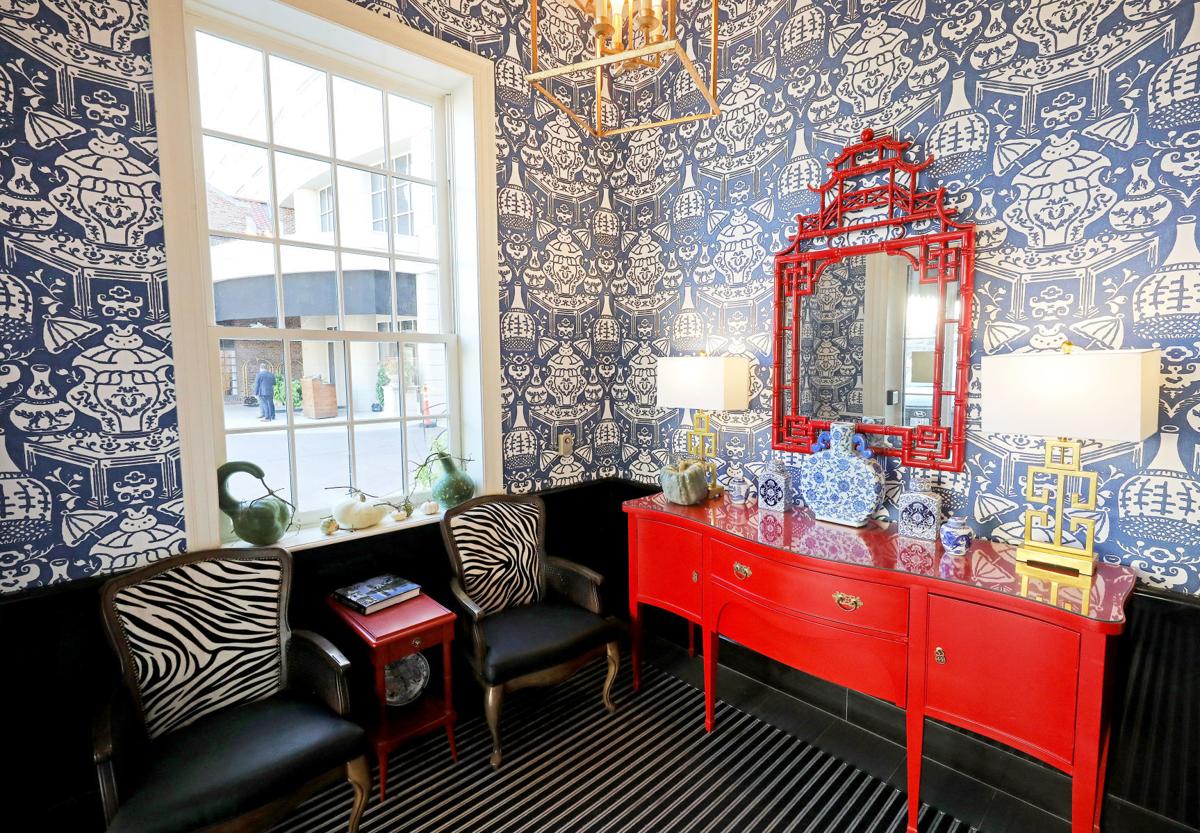 The Madison Club's entrance lobby underwent an interior design overhaul in the Georgian style, popularized in 17th- and 18th-century England.