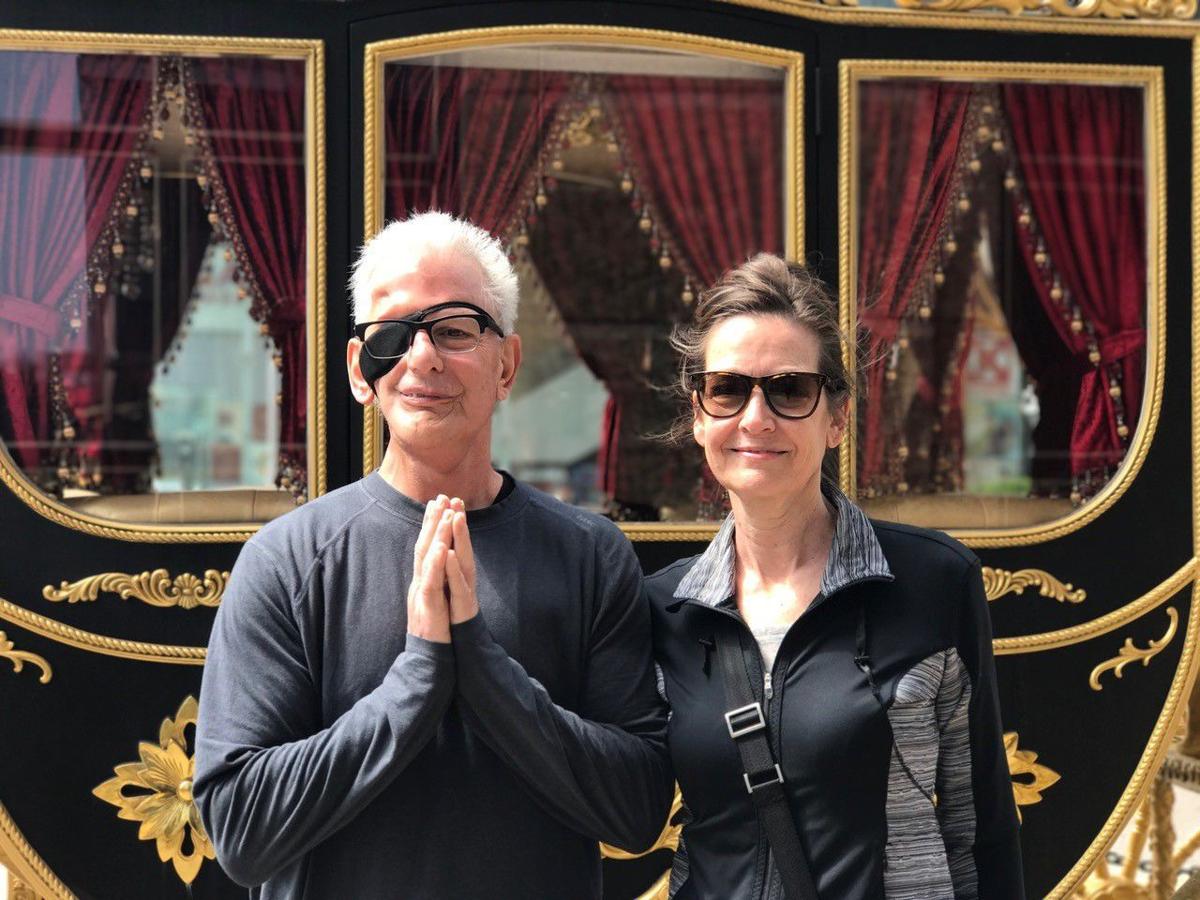 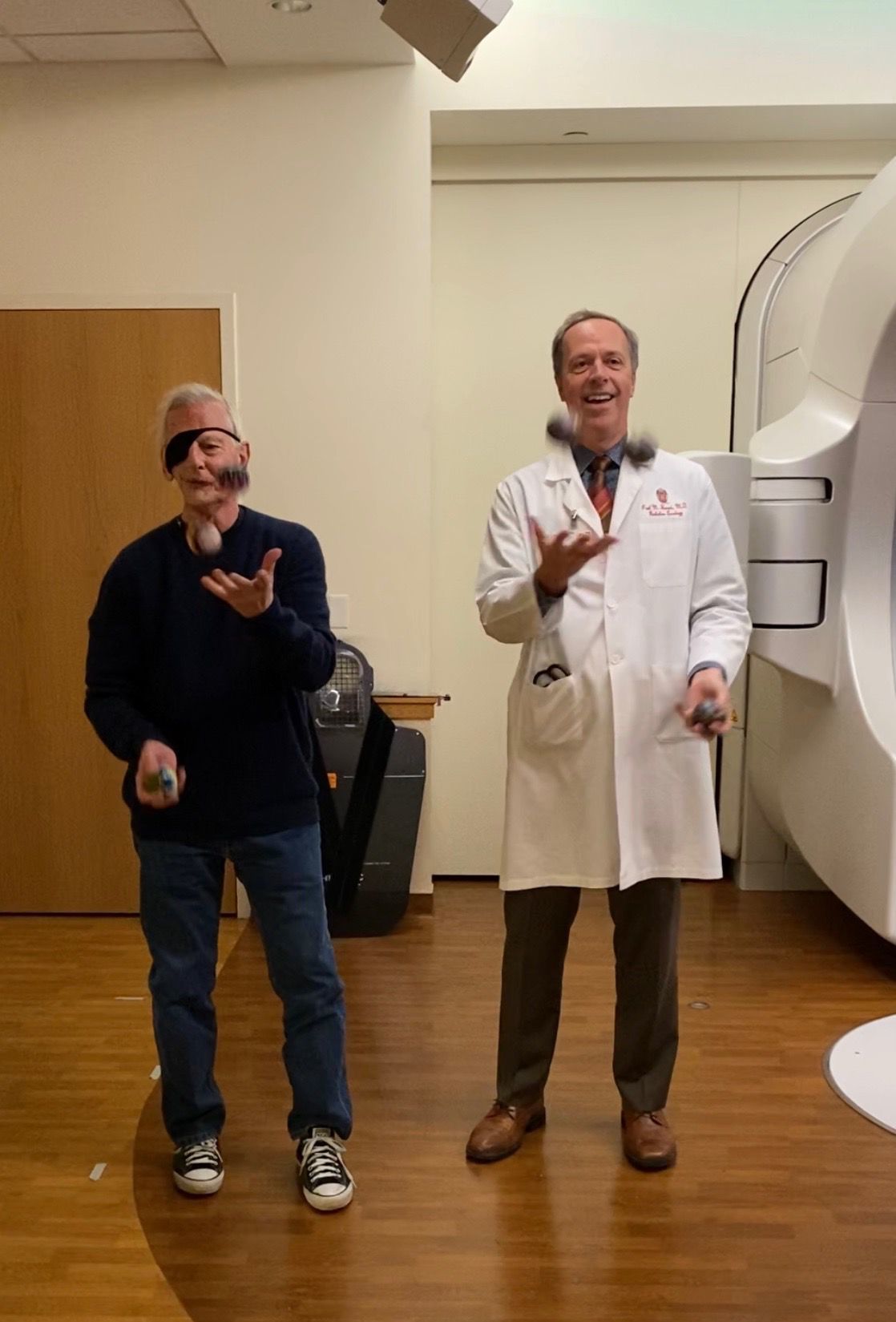 Karl Harter was a multifaceted person who wrote several novels, founded and grew a popular local business, pursued interests in competitive sports and fitness, and never lost his passion for life through a 22-year fight with a rare form of cancer. He also had a fun-loving and mischievous personality that was magnetic to those around him.

Harter, 68, died on Tuesday afternoon surrounded by family, friends and neighbors at home. He is survived by his wife, Christina Sheehan, six siblings and two nieces.

Born in Trenton, New Jersey in 1951, Harter came to Madison in the 1970s as an “Ivy League-educated hippie” who had played baseball at the University of Pennsylvania, Sheehan said. He set up a small running shoe store on Park Street called Movin’ Shoes, which is where the couple first met in 1988. They were married two years later.

Sheehan was drawn in by his authenticity and strong sense of self, she recalled.

“He came to the Midwest and never gave up his kindness. He kept all the qualities that were true to him, and I found the hippie part attractive,” she said, laughing.

Movin’ Shoes flourished by “staying small but growing in stature,” Sheehan said. The store has employed hundreds of high school and college students over the decades, many of whom have cited working for Harter as a formative experience. Harter and Sheehan sold Movin’ Shoes a few years ago.

“Once you walked through the doors, you became part of the Movin’ Shoes family forever,” Sheehan said. “He felt that way even about the runners who came through there. We joked that no sale was ever final at Movin’ Shoes.”

Through the store, Harter was at the “center of the running craze in the ’80s,” said former Gov. Jim Doyle, Harter’s longtime friend. He was also a competitive weightlifter as a young man, and later developed a love of basketball, golf and yoga.

“He had an incredible life force,” Doyle said. “I don’t want to sound cliche, but talk about living life to the fullest. From the moment he woke up in the morning, he lived every minute.”

He was also a voracious reader and deep thinker, Doyle said. His works as an author include the 1990 true crime novel “Winter of Frozen Dreams,” which was based on the Barbara Hoffman murder case. Doyle was district attorney of Dane County when Hoffman was charged and prosecuted, and encouraged Harter to write the novel after reading one of his books on an airplane.

In 2009, the book was adapted as a film for the Lifetime Movie Network.

In 1998, at age 47, Harter was diagnosed with late-stage adenoid cystic carcinoma (ACC), a rare cancer that often originates in the head and neck. After a major operation that included removing one of his eyes, Harter initially was told that he likely had months to live.

Harter often credited a pair of UW Health oncologists — Dr. Greg Hartig and Dr. Paul Harari — with extending his life well beyond that prognosis. Harter’s longevity was probably aided by his dedication to physical fitness, Harari said, but there may have been something else at work.

The Karl Harter Head and Neck Cancer Scholarship provides funding to students researching head and neck cancer at UW-Madison, giving back to the medical system Harter was so grateful for.

“Cancer is a brutal disease,” Harter wrote on the scholarship’s website. “It has altered my life, but not my spirit. I have been scarred but not broken. My wife Christina says it took a village to keep me alive. The love and support of my wonderful family and friends has helped me prevail. The skill and expertise of the UW doctors, nurses and staff have been crucial. I feel lucky and amazingly grateful. I can never say thank you enough.”

He underwent several surgeries lasting more than 10 hours and countless chemotherapy and radiation treatments, but his passion for life never flagged. Despite his visual impairment, Harter continued playing both golf and basketball at a high level, Doyle said.

“Not many people can play golf with one eye, but he figured it out,” he said. “His brain adjusted and he became a very good golfer.”

Harter’s efforts not just to fight cancer, but to live with cancer, were a source of inspiration for many area survivors and their families, Doyle said.

“I would be in a hot yoga class with him — not a pretty picture, if you can imagine it — and it’s 105 degrees,” he said. “He had 200 small tumors in his lungs, and there he was going through hot yoga. He never let cancer slow him down. By force of will and character, he kept going.”

After 22 years of treating Harter’s cancer, Harari was surprised by his patient and friend one last time. During a session of brain radiation in December, Harter revealed that his many talents included juggling, and he challenged Harari to see who could juggle longer using one eye. He offered to lend Harari his eye patch for the occasion.

“I closed one eye and tried juggling, and the balls fell pretty fast,” Harari said. “He was teasing me about it. You’ve got to have a good sense of humor when you’re going through treatment, and he had a great one.”

Harter beat ACC in the sense that it wasn’t the cause of his death. He recently developed a secondary cancer in his liver and bones, and recognized that his fight was finally over, Sheehan said.

“He and I talked and made a decision that if he didn’t want to continue with treatment, that was OK,” she said. “His palliative care physician [and oncologist Justine Bruce] said we were just kicking the can down the road at that point. So, he went quickly and was at peace. He lived on his own terms and died on his own terms.”