Autumn Neugent, Ms. Wheelchair Wisconsin 2019, has 26 tattoos, including one of a roller coaster with a wheelchair flying off the end.

Another tattoo had the motto, “What doesn’t kill me makes me stronger,” until she changed the last word to “stranger.”

A 1998 graduate of East High School — where she played volleyball, hockey and softball — Neugent was diagnosed 10 years ago with multiple sclerosis.

The nervous system disease causes muscle weakness and other symptoms. Neugent, 39, used a cane, crutches and a walker before starting to use a wheelchair in 2012.

Until she went on disability three years ago, she worked as a bookkeeper. Her daughter, Jada White, 20, is a student at Edgewood College.

How did you become Ms. Wheelchair Wisconsin?

I’ve run three times (including in 2015 and 2017). I was first runner-up the other times. There’s a panel of judges with interviews. Last year, they opened it up to the public, so I gave my platform speech in front of an audience. My platform is ability awareness. It’s all about advocacy. It’s not a beauty pageant at all.

What does the title allow you to do?

It allows me to be invited places. I have been to Tim Tebow’s Night to Shine prom (which celebrates people with special needs) in Sheboygan Falls and Plymouth. I went to RCS Empowers, an adult day program (in Sheboygan).

I wear the crown and sash quite often in public. That alone starts conversations. I’m not super girly, but I’ll do it. I love it when little girls come up. They ask me, “Why are you using a wheelchair? Why are you wearing a crown? Are you a princess?” I want to answer those questions. I try to engage with the child before the parent has a chance to say, “Don’t bother her. Don’t ask her questions.”

How did the competition for Ms. Wheelchair America go this summer in Arkansas?

It was amazing. I hope everybody has this feeling at some point in their life — being in a setting where the things that have made them outcasts or odd are exactly what makes them fit in. (In other settings) I would whisper to somebody, “I forgot my catheters, do you have any?” There, it was (her voice gets louder), “Does anybody here have an extra catheter? I had an accident.” (The others would say,) “I have extra catheters. I have an extra pair of pants in my bag.”

We didn’t have to hide our different and diverse abilities. I met women who I will have lifetime friendships with. Ms. Wheelchair Alabama and I are going on a cruise in December. We just met in July.

Ms. Wheelchair Missouri won the competition. I wasn’t in the top five. We had 23 amazing women competing (from 23 states). We had more, but some needed to drop out due to illness or things like that.

How do you feel about your wheelchair?

I see it as a benefit. Society sees it as a negative, as a barrier. All I see is all of the things I’m able to do. If I didn’t have this wheelchair, I would be at home. I’d still be in bed, or maybe I’d be in my recliner. This wheelchair allows me to actively participate in life. There are more barriers for me without it.

What activities are you involved in?

I do the UW adaptive fitness class three times a week. I do adaptive martial arts two days a week. Through Madison College, I do adaptive health and well-being. I just started doing sled hockey. Every year, I do the American Birkebeiner adaptive event. A couple of years ago, my friend and I got adaptive cross-country skiing into the Badger State Games.

I do adaptive water skiing. I’ve gone to Colorado and done adaptive downhill skiing. I have done adaptive rock climbing at Boulder’s Gym. I’m a huge fan of the Madison Spinal Cord Injury Group, even though I don’t have a spinal cord injury. I have often avoided support groups. I am not a sedentary, commiserating person. I see a therapist for that. As a group, I’d rather do stuff.

Even though I’m in a seated position, I never sit down.

Medical marijuana has been in the news a lot lately. One condition it’s used for is multiple sclerosis. What are your thoughts about it?

I believe in it at the medical level and at the recreational level. If it works for you, I am for it. I don’t use it. I don’t like to be high. But I’ve tried CBD.

What do you wish people better understood about living with a wheelchair?

I wish people understood how beneficial mobility devices are — wheelchairs, canes, crutches, scooters. They’re just like (eye) glasses. Hundreds of years ago, that was looked at like a disability. Now people don’t even notice it anymore. Hopefully someday people will feel the same way about mobility devices.

“I hope everybody has this feeling at some point in their life — being in a setting where the things that have made them outcasts or odd are exactly what makes them fit in.” Autumn Neugent,

"I hope everybody has this feeling at some point in their life — being in a setting where the things that have made them outcasts or odd are exactly what makes them fit in."

Dr. Sean Ackerman recently released “The Madness & the Mandolin,” a film about a young man who has manic episodes and autism and is treated mostly with exercise, meditation and music.

Know Your Madisonian: Artist's donated sculptures give 'sense of peace during hard times'

"I’m lucky that I’m still here, 13 years later, and can talk about it," says Tammy Andries, who is active with the Madison affiliate of the national Pancreatic Cancer Action Network.

Alexa Case, a recovering alcoholic who also has battled eating disorders, struggled through two of her own pregnancies trying to stay sober. 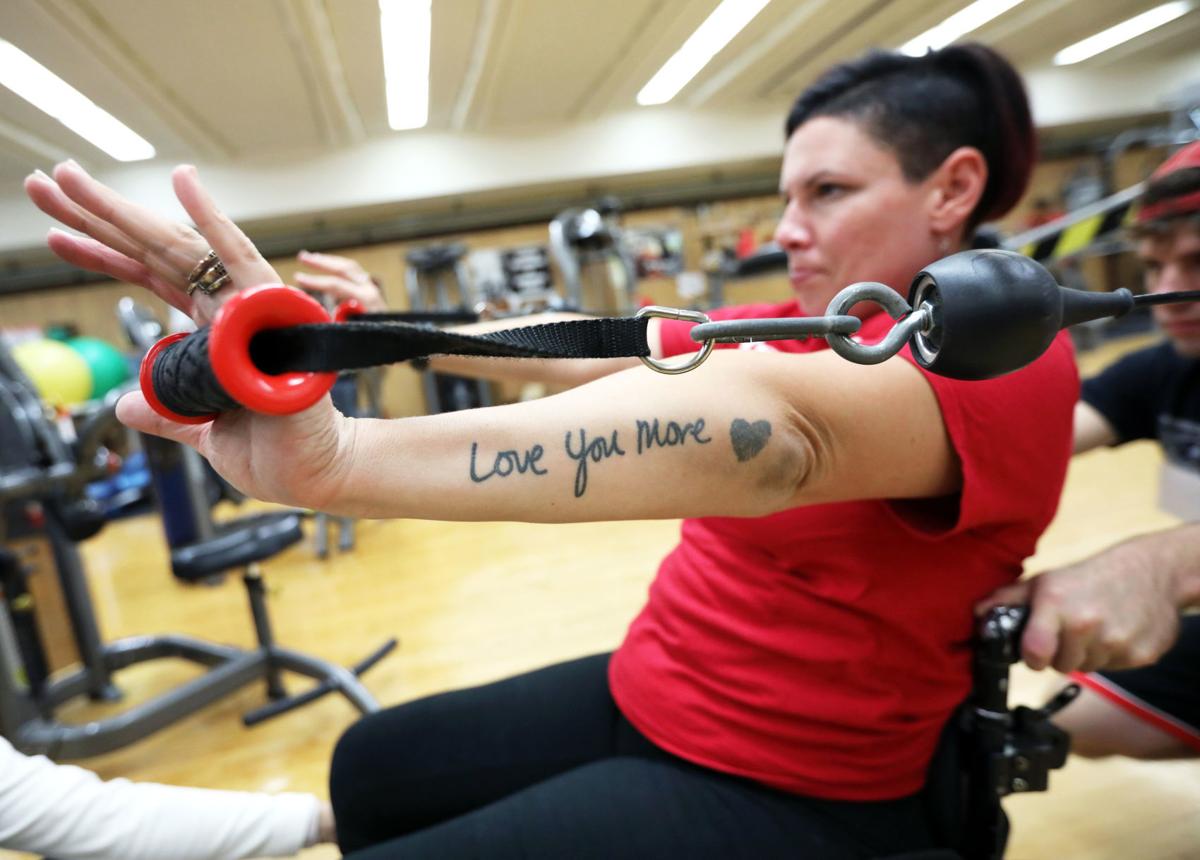 Autumn Neugent, Ms. Wheelchair Wisconsin 2019, exercises with UW-Madison students during an adaptive fitness class. Neugent, who has multiple sclerosis, has 26 tattoos. "Love you more" is in her 20-year-old daughter's handwriting, and the heart is made of fingerprints from the two of them. 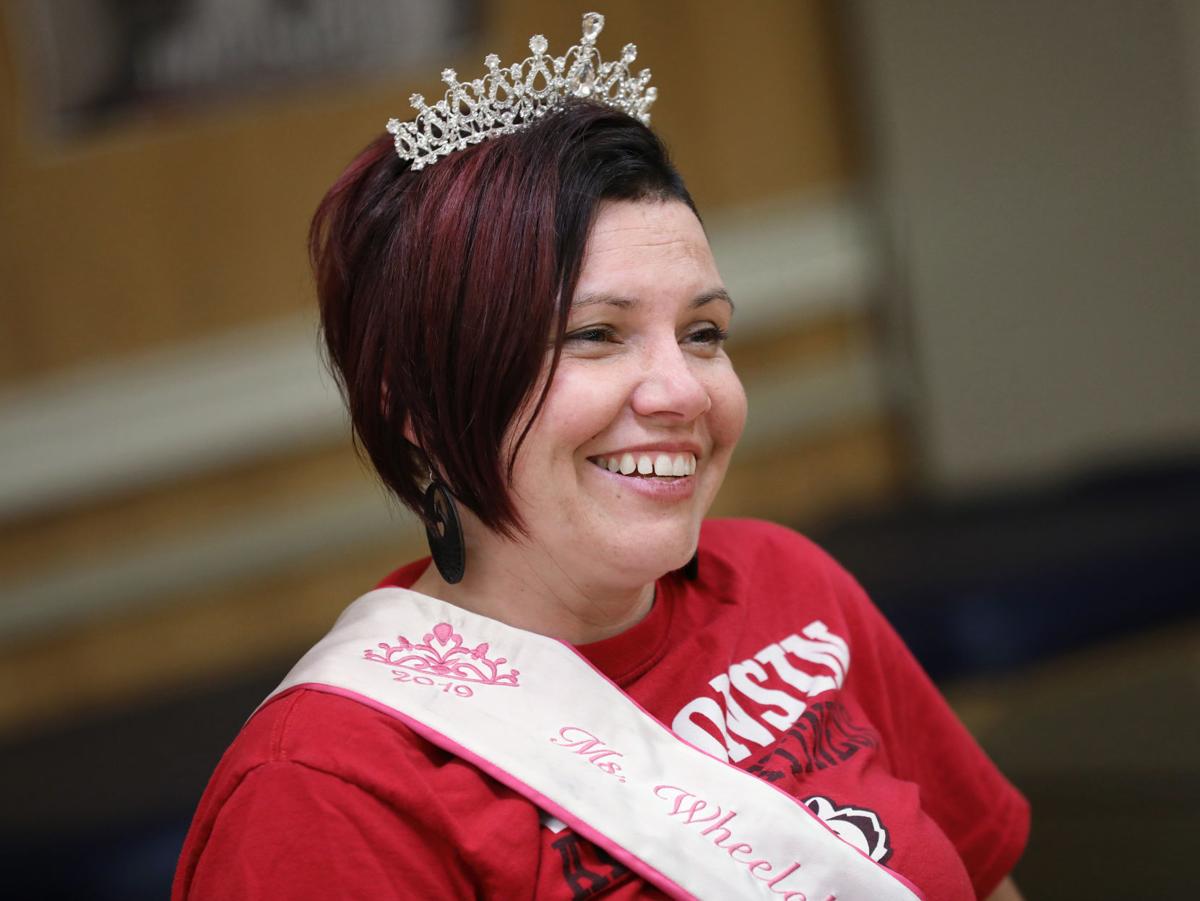 Autumn Neugent frequently wears her Ms. Wheelchair Wisconsin 2019 crown and sash in public to start conversations with people about living with a wheelchair. "We're not scary," she said. "We're people living the same life. We just have a different set of conditions." 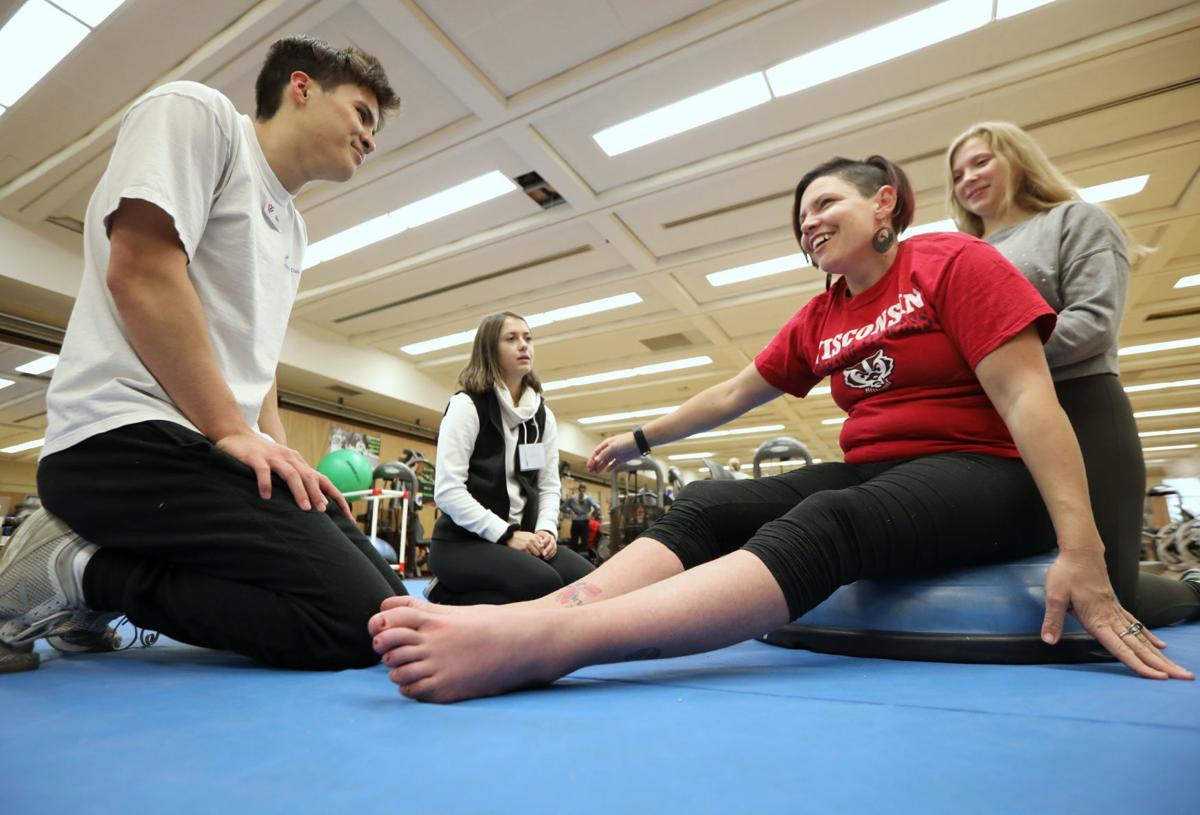 Autumn Neugent, who uses a wheelchair because she has multiple sclerosis, exercises during an adaptive fitness class with UW-Madison students Ben Wong, Ashton Spritka and Olivia Bowe.