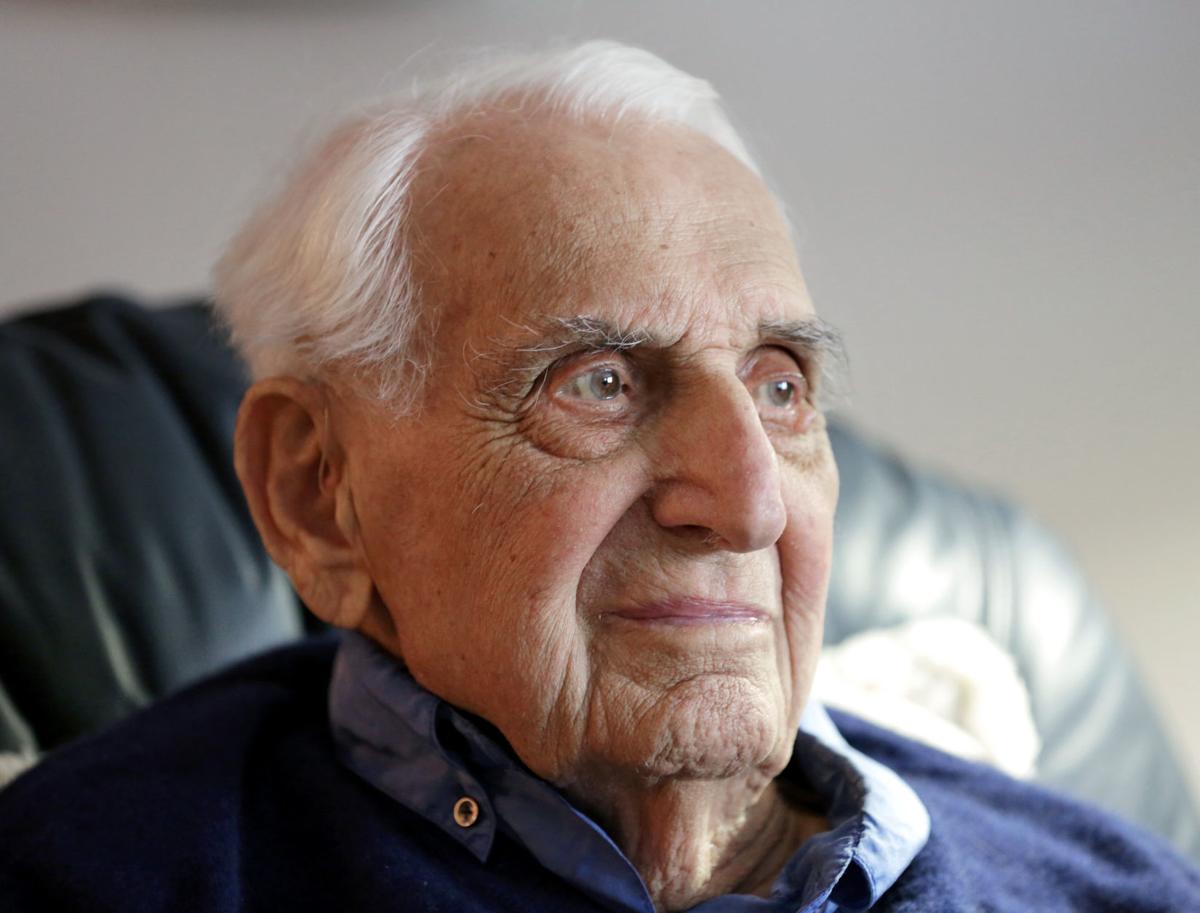 Charles Sanna, 101, created Swiss Miss hot cocoa while working with his father and brothers at Sanna Dairies in Menomonie. 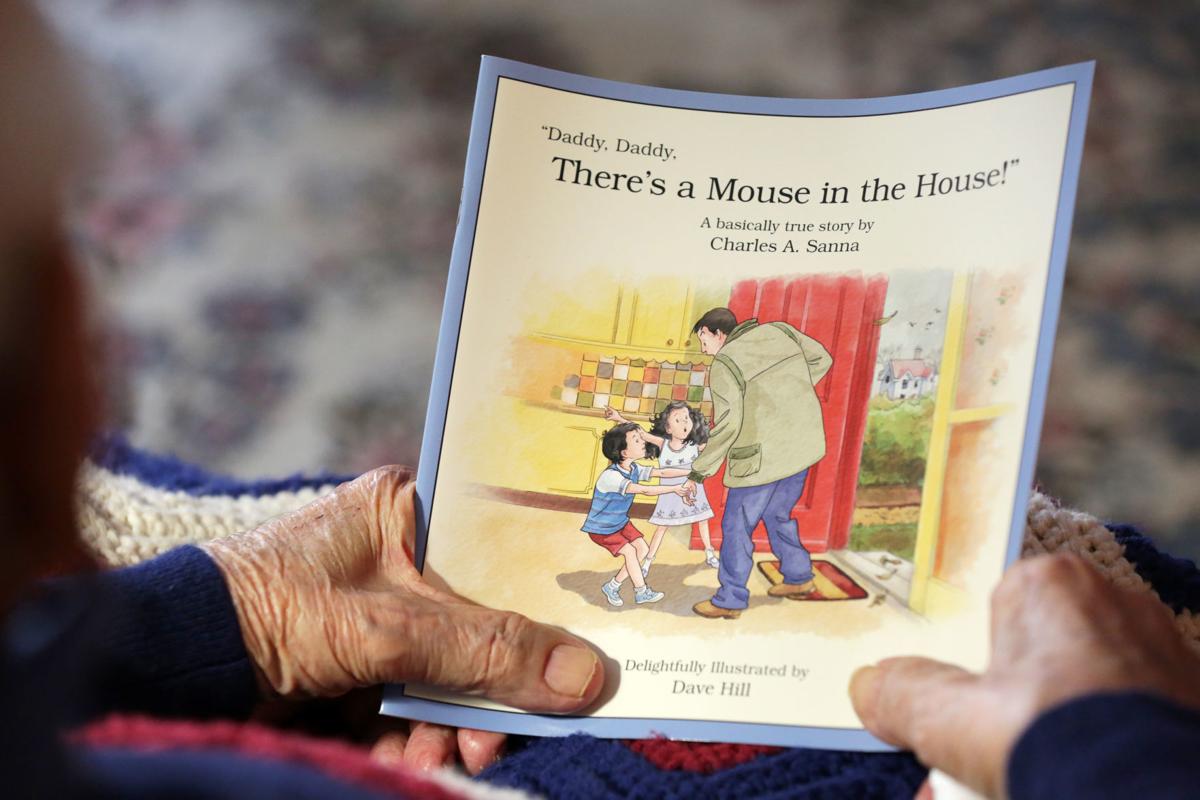 Sanna displays a children's book he wrote as an 89-year-old. The book is based on his personal experience trying to get an adventurous mouse out of his home. 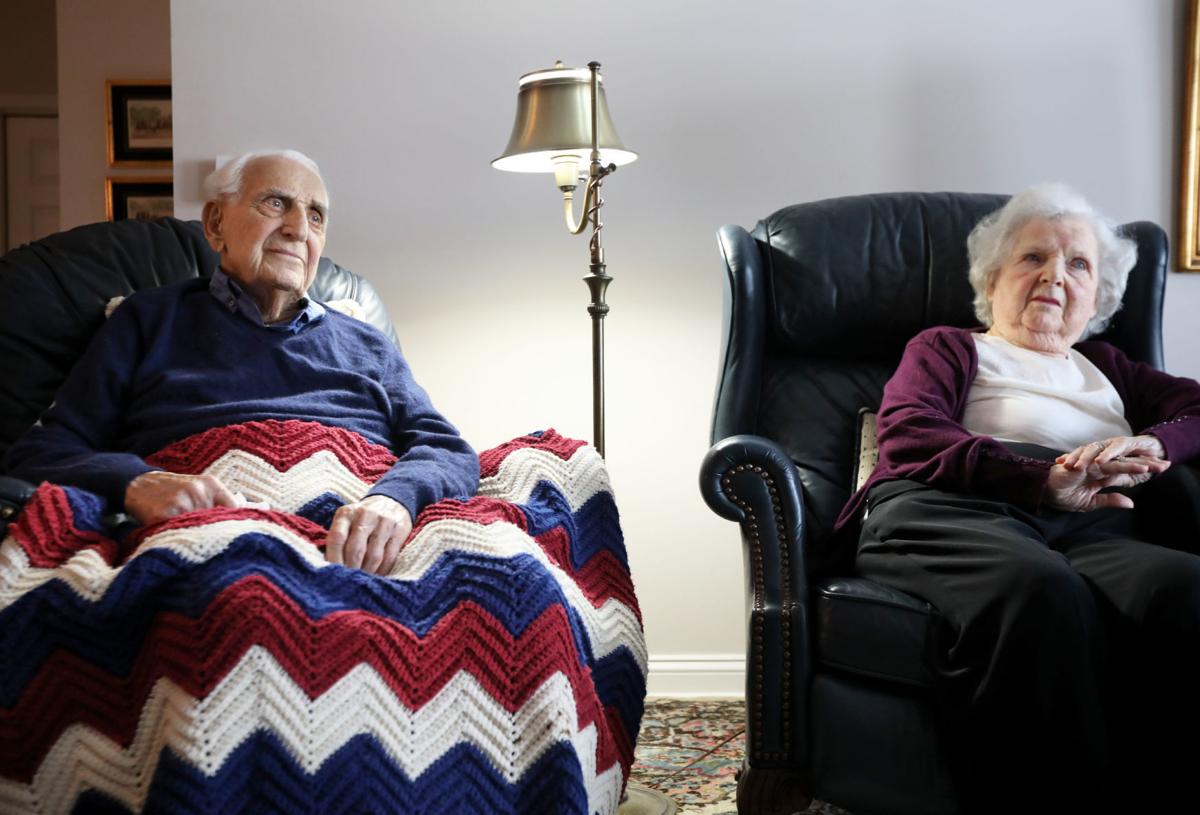 Charles Sanna, 101, who created Swiss Miss hot cocoa while working with his father and brothers at Sanna Dairies in Menomonie, with his wife of 73 years, Peggy, at their apartment at Capitol Lakes retirement community.

Walk down the aisles of any grocery store and you’re likely to find a variety of hot cocoa mixes.

That may never have happened if 101-year-old Charles Sanna, hadn’t joined the family dairy business started by his father and brothers.

Sanna, a UW-Madison mechanical engineering graduate and Madison resident for much of his life, is credited with creating the first instant hot cocoa mix in the 1960s while working with his brothers and father running the family business, Sanna Dairies in Menomonie.

Using first his five children and then elementary school students as taste-testers, Sanna perfected the recipe in his kitchen for what is now known as Swiss Miss hot cocoa mix.

Its predecessor, Brown Miss — named for a breed of cow — was similar to Swiss Miss and sold commercially to airlines and restaurants. Airline passengers and employees enjoyed it so much they would pilfer supplies because they couldn’t get it anywhere else, Sanna said.

“Business started going down because the product was quite expensive and people were taking it home,” he said, which prompted airlines to stop purchasing it. “So the sales to the airlines were falling and so we saw that as an opportunity.”

To make the mix more appropriate for retail sale, Sanna said Brown Miss’ butter fat was removed so it wouldn’t spoil while it sat on store shelves.

He said his brother Tony gave the new product its Swiss Miss name.

“So we started grocery sales ... and it sold very readily,” Sanna said, adding that he believes the quality and flavor of Swiss Miss — now owned by Conagra — has decreased over the years.

While Sanna Dairies was most well-known for Swiss Miss, the company also created Sanalac, which was the first instant dry milk on the market. It can still be purchased today.

Swiss Miss hot cocoa mix and pudding is still made in Menomonie.

Creating a grocery story category wasn’t Sanna’s only accomplishment. He also served as a Navy officer in World War II repairing, building and maintaining submarines, wrote a children’s book at age 89 and raised his children with wife Peggy.

In 1964, he moved with his family to Madison, where he had lived for a time during his youth.

In retirement, Sanna has played golf, though not recently, and has closely monitored politics and the stock market.

Now, when you go into a grocery store there’s a whole area dedicated to hot cocoa mixes. How does it feel to have been responsible to have started the whole thing?

It nice to know that you’ve done something that will carry on.

Well, you kept drinking it until you didn’t like it.

Do you still drink Swiss Miss?

Yes, but as the ingredient cost has risen, they’ve had to cut the quality and the price goes up.

What do you think people liked about Swiss Miss so much?

It was a good combination of ingredients — and it was instant. It mixed right away in water or milk. ... It was excellent.

So you’ve been retired for many years, can you tell me some of the things you’ve done and enjoyed in retirement, other than writing a children’s book?

I deal in the stock market. ... If I didn’t have that I wouldn’t know what to do.

Can you tell me how you and Peggy met?

She had seen me in church ... and I saw her in the officer’s club and when I saw her I said to myself, “I’m going to marry that girl.” And I did and we’ve been married for 73 years.

What’s the key to a long marriage?

Understanding of one another.

You did a lot more throughout your career and your life. Do you have an accomplishment you’re most proud of?

The submarines that won the war practically, and building them and maintaining them.

Charles Sanna, 101, created Swiss Miss hot cocoa while working with his father and brothers at Sanna Dairies in Menomonie.

Sanna displays a children's book he wrote as an 89-year-old. The book is based on his personal experience trying to get an adventurous mouse out of his home.

Charles Sanna, 101, who created Swiss Miss hot cocoa while working with his father and brothers at Sanna Dairies in Menomonie, with his wife of 73 years, Peggy, at their apartment at Capitol Lakes retirement community.