Some people climb mountains because they’re there. Dave Greene climbs his to pile more snow on top.

Built with some of the 39 inches of snow that have fallen on Madison over the past two months, Greene’s mountain towers above his home at 606 Knickerbocker St., though with temperatures climbing above freezing Monday he was adding blocks of snow partway up the slope to discourage anyone else from trying to reach the top.

Midway up, more than 10 feet above the sidewalk, a tunnel leads through the main structure to a slide that dumps out into a pile of soft snow in the side yard, which Greene said was the doing of his 17-year-old son, Calvin.

Neighbors bring their kids over to give it a whirl, while others stop to take photos or just stare.

Greene, 50, said his castle is the product of “an hour of cardio” each day since the first snowfall in December. But he’s been perfecting his craft for nearly two decades.

A software engineer, Greene got his start building with snow while living in Syracuse, New York, making slides and igloos for his daughter, Isabel, now 20.

“I figured out that there really wasn’t an upward limit,” Greene said. “You could just keep building up.”

He’s built something each year since moving to Madison in 2015, though he said this is his tallest yet.

“She thinks it’s a little crazy, but she humors me,” Greene said of his daughter.

The snow comes from his driveway and his neighbors’ driveways.

“They’ve been very generous,” he said. “I shoveled the whole street once or twice.”

Greene piles it in his backyard “quarry,” where it solidifies before he saws it into building blocks that he carries up the stairs he’s fashioned (out of snow, of course). He shaped the castle like a pyramid to prevent chunks from sloughing off onto the sidewalk.

With high temperatures expected to be above freezing every day this week, Greene said he’ll probably have to close off the tunnel before it starts to collapse. After that, he plans to take the top off but keep the slide for as long as it lasts, which he said is usually three or four weeks after most snow has melted off.

“It will be fairly exciting for a while,” he said. “It really won’t go anywhere for quite a while.”

Neighbors bring their kids over to try it out, while others pause to take pictures.

Tracey Holloway, a professor of atmospheric science at UW-Madison, is one of half a dozen leading climate scientists (and mothers) who’ve banded together to motivate other moms to take action on the threat of climate change. 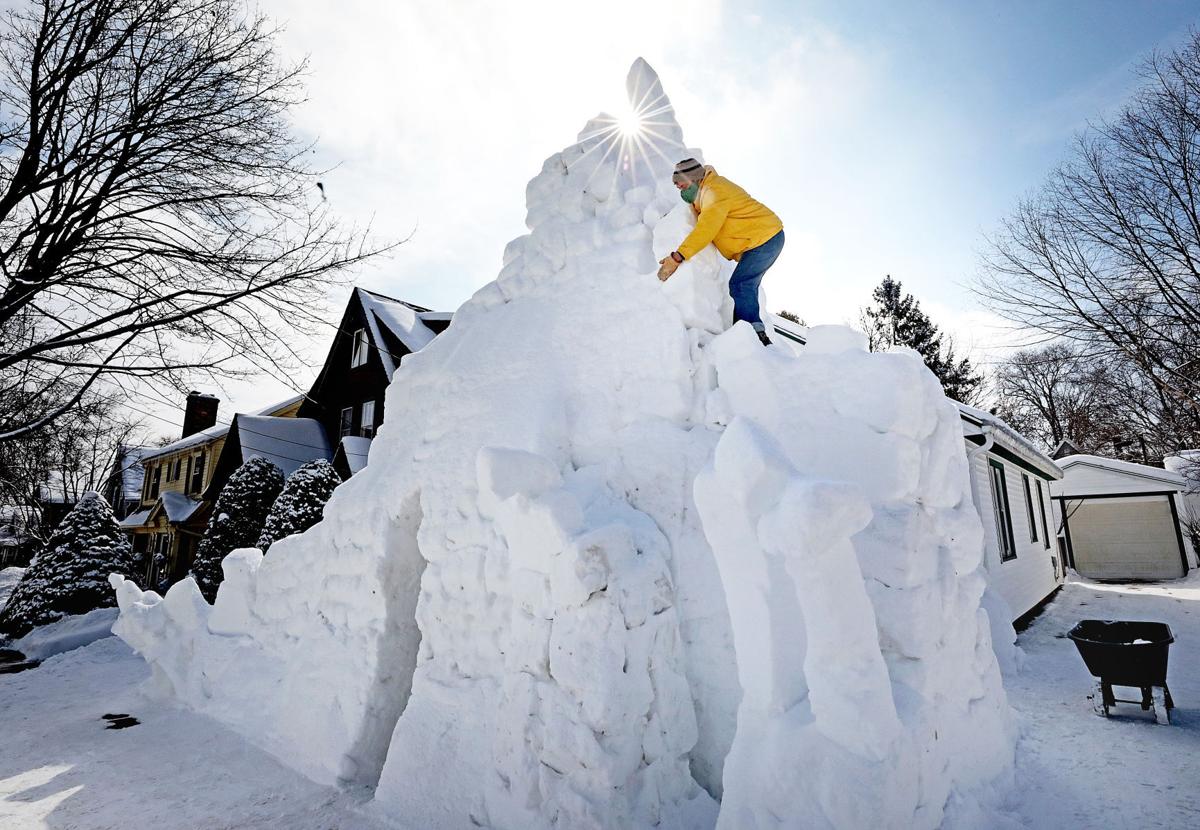 Dave Greene adds a block of snow Monday to a 25-foot-tall snow tower he has spent much of the winter building in front of his Knickerbocker Street home. 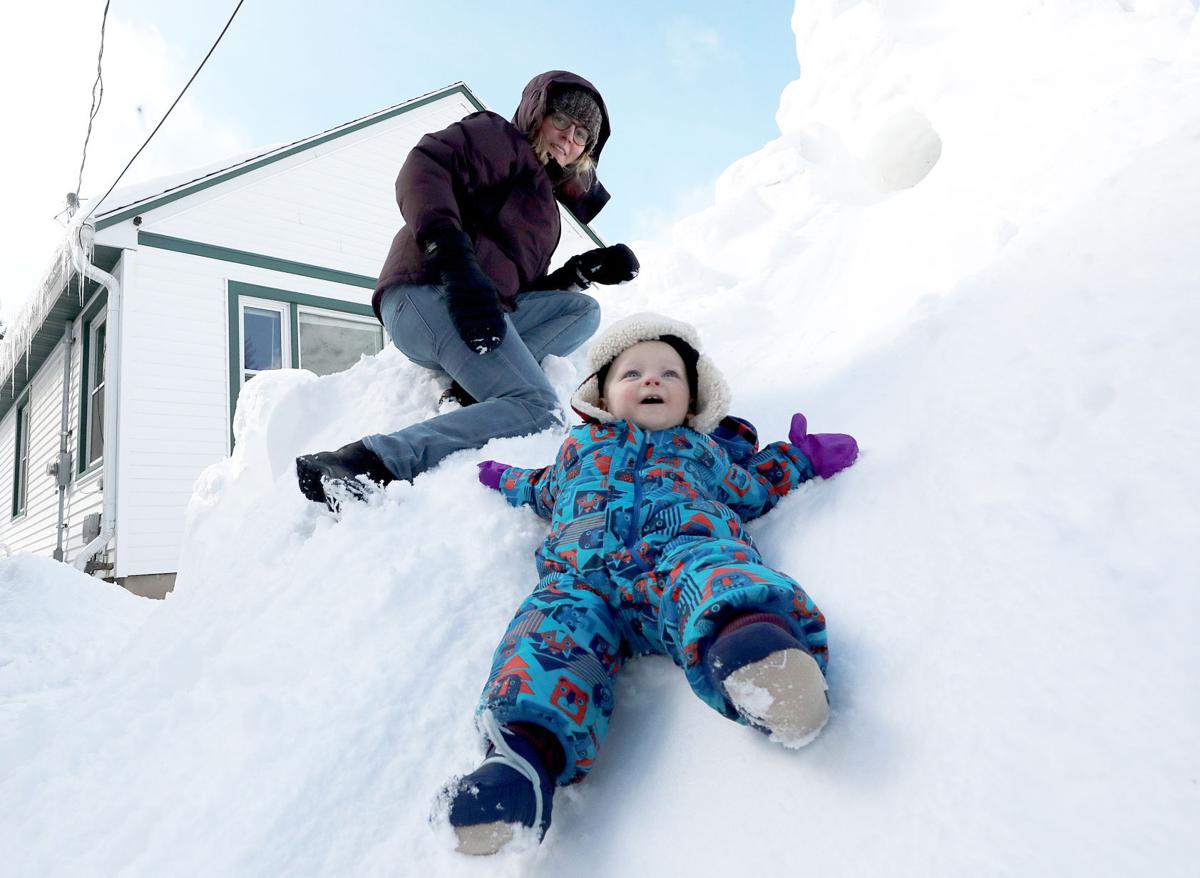 With an assist from his mother Florence Honore, 13-month-old Ernest Lang tries the slide on his neighbor's snow castle. 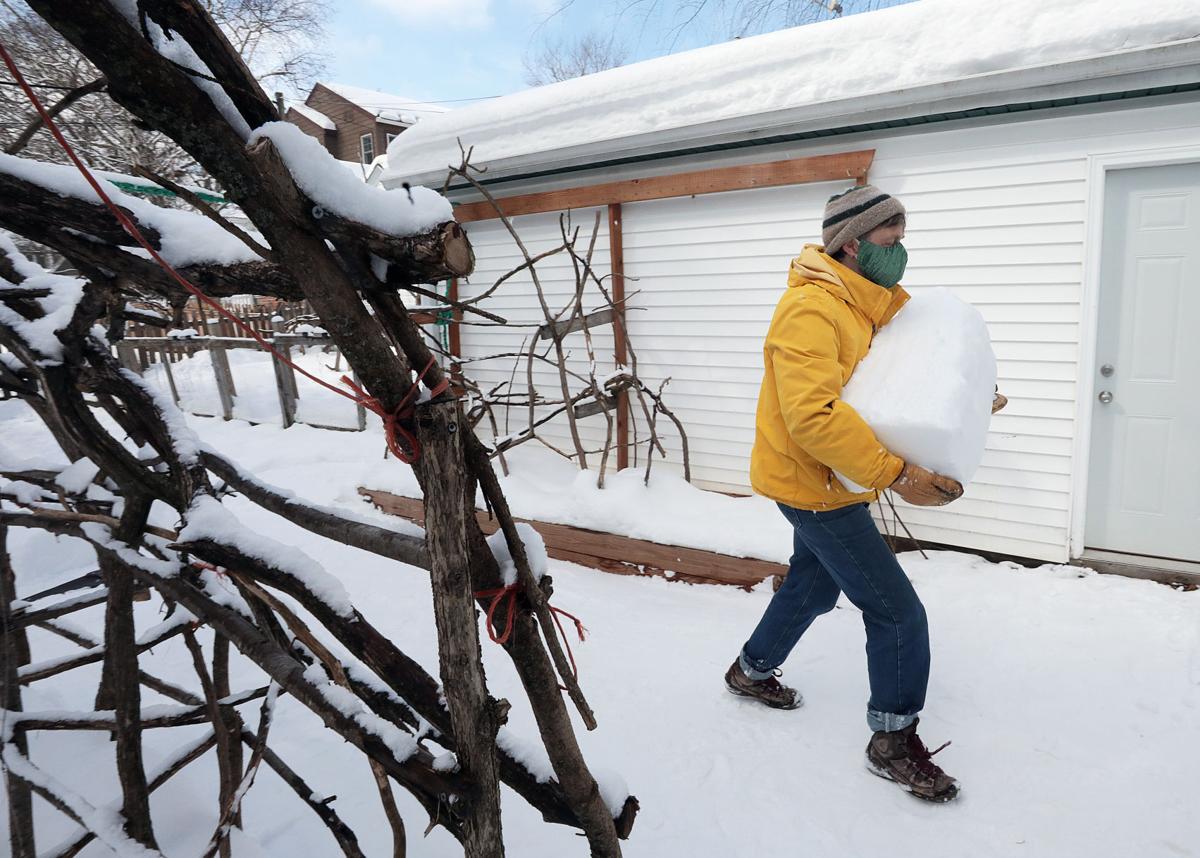 Greene carries a block of compressed snow toward the giant structure. The snow came from his driveway and his neighbors' as well. "They were very generous," he said. 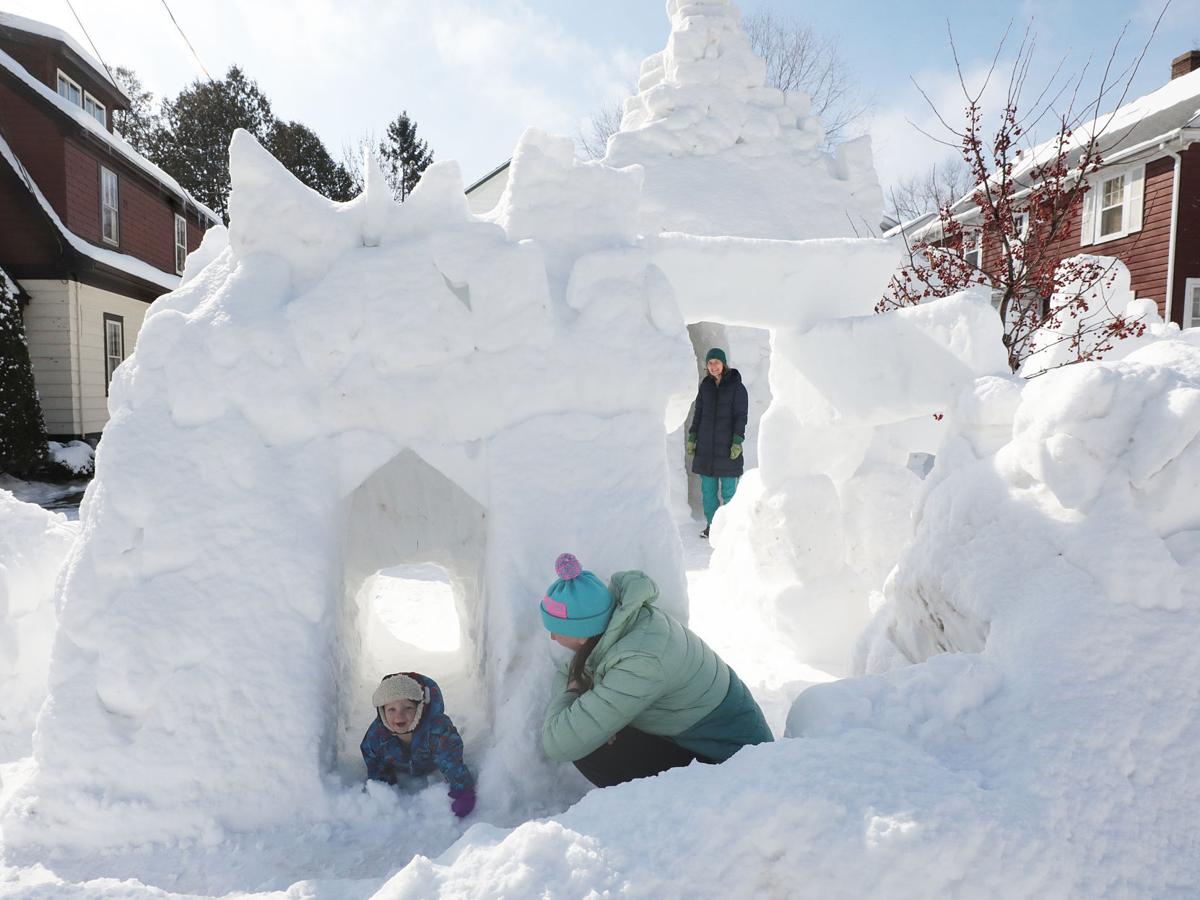 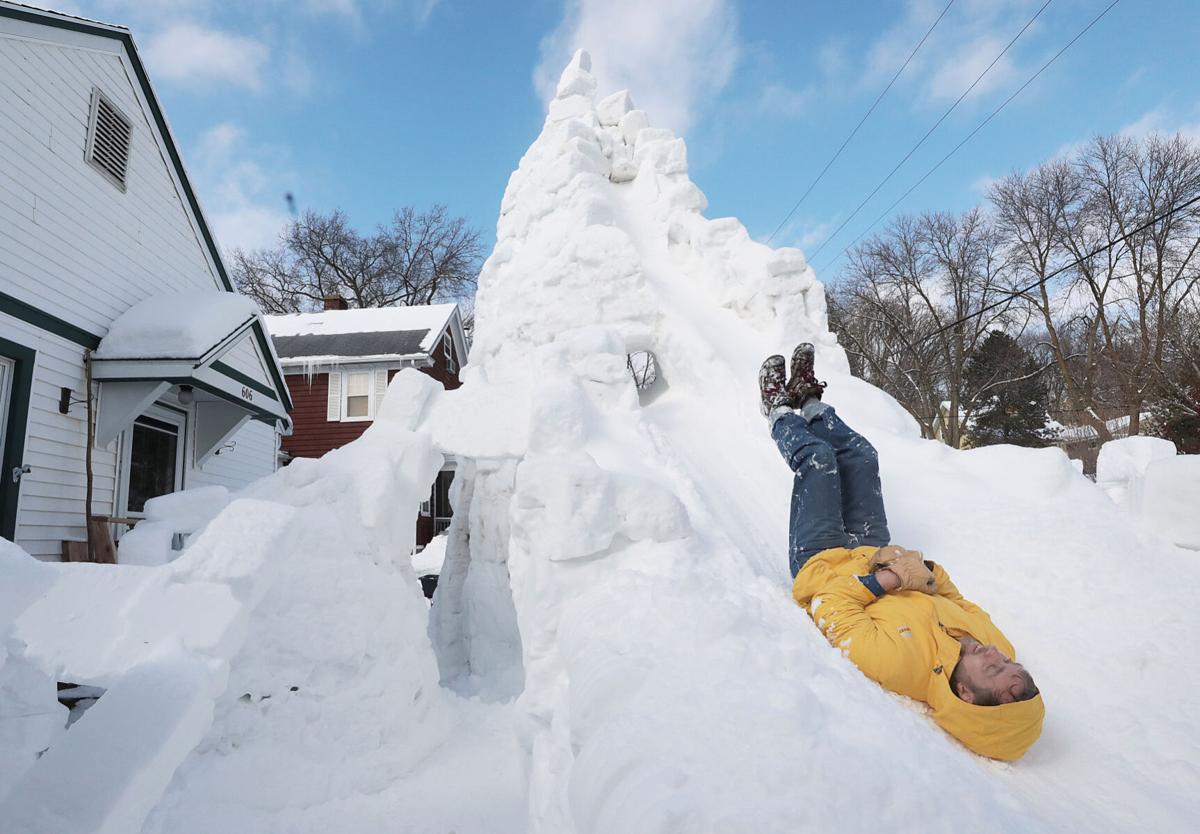 Dave Greene, seen here trying out the slide, started building with snow when his 20-year-old daughter was young and discovered "there really wasn't an upward limit." 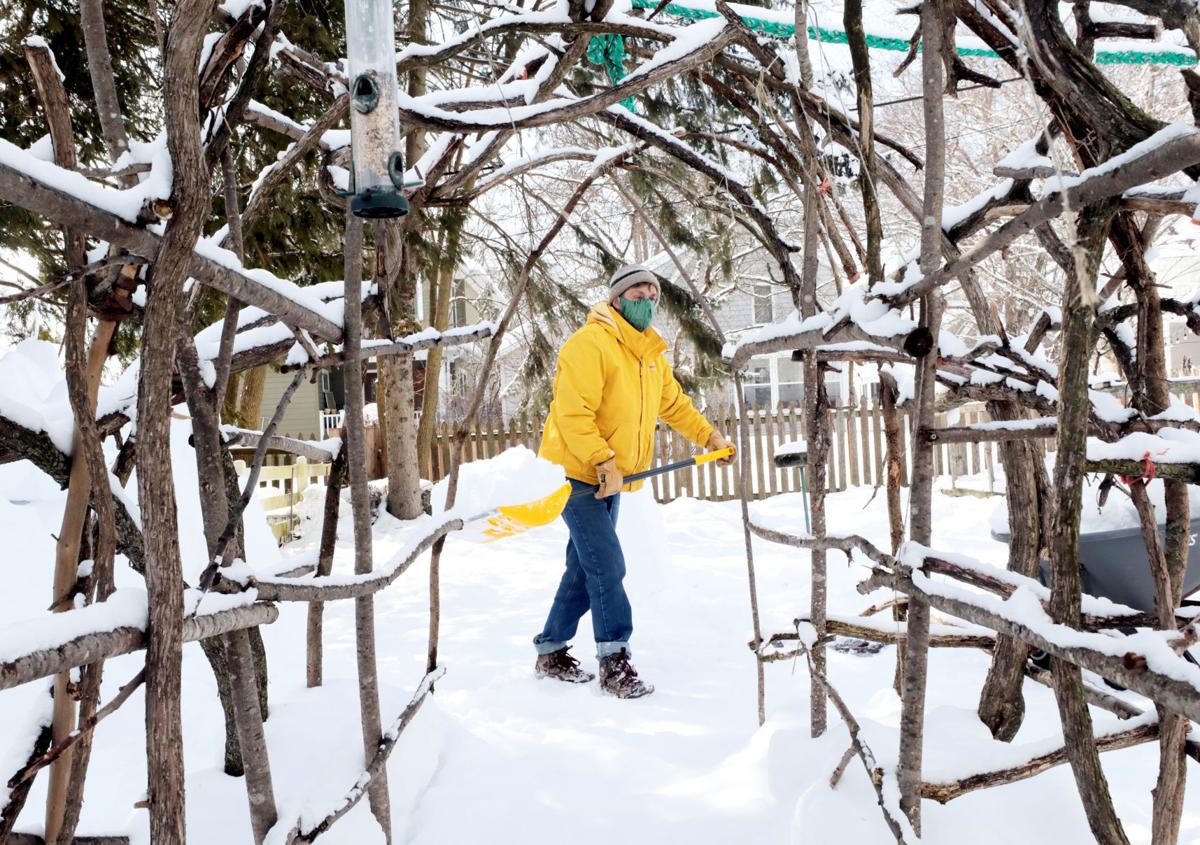 The castle is built of blocks of compressed snow that Dave Greene gathers from his driveway, his neighbors' driveways and even from the street. 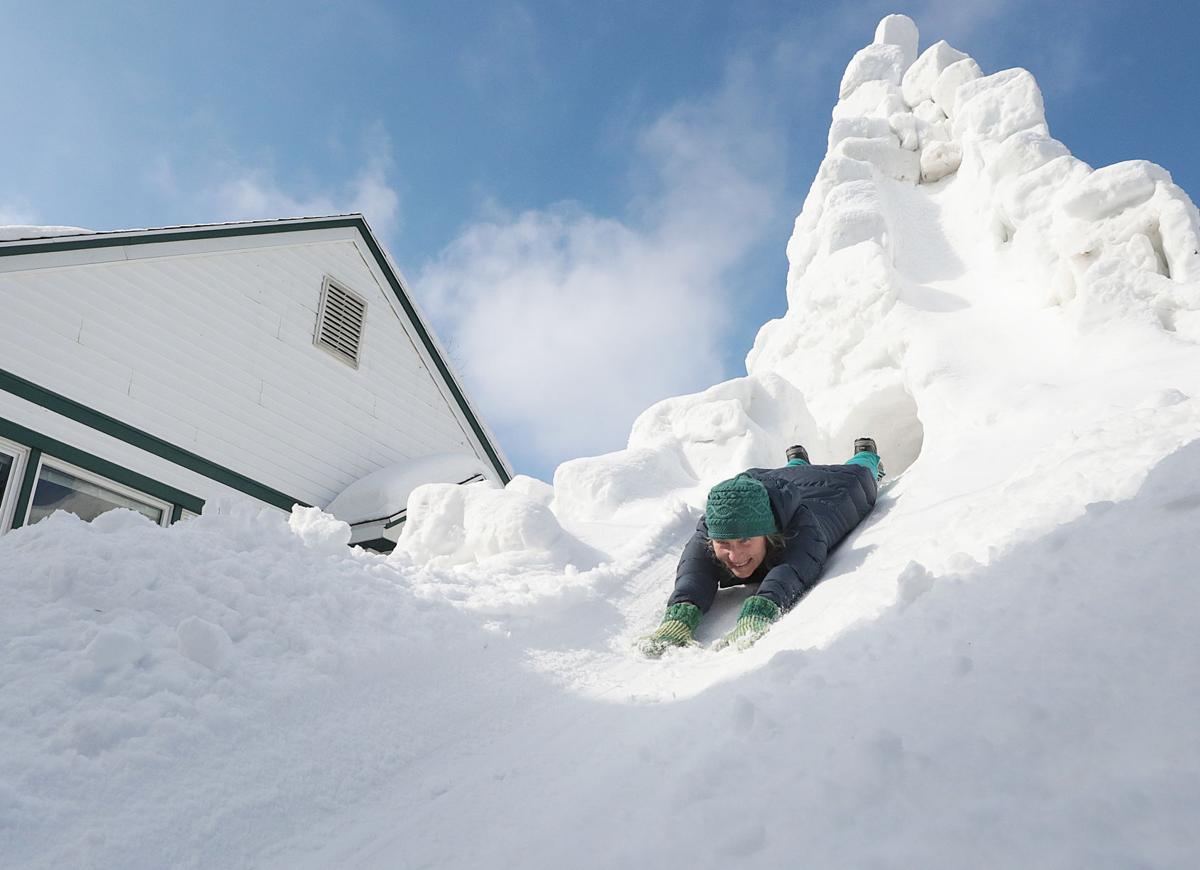 Melanie Crawford slides down the side of the castle. 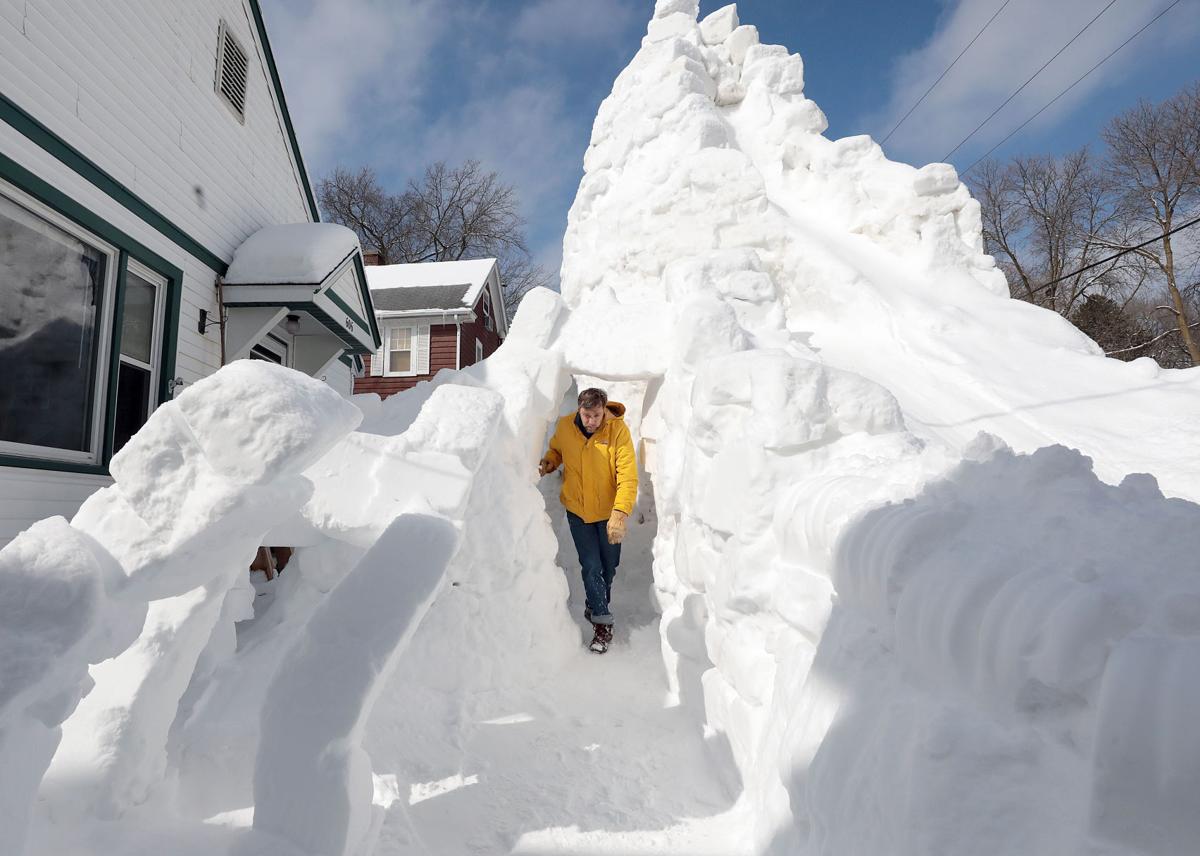 Dave Greene walks through a tunnel in the two-story-high structure. 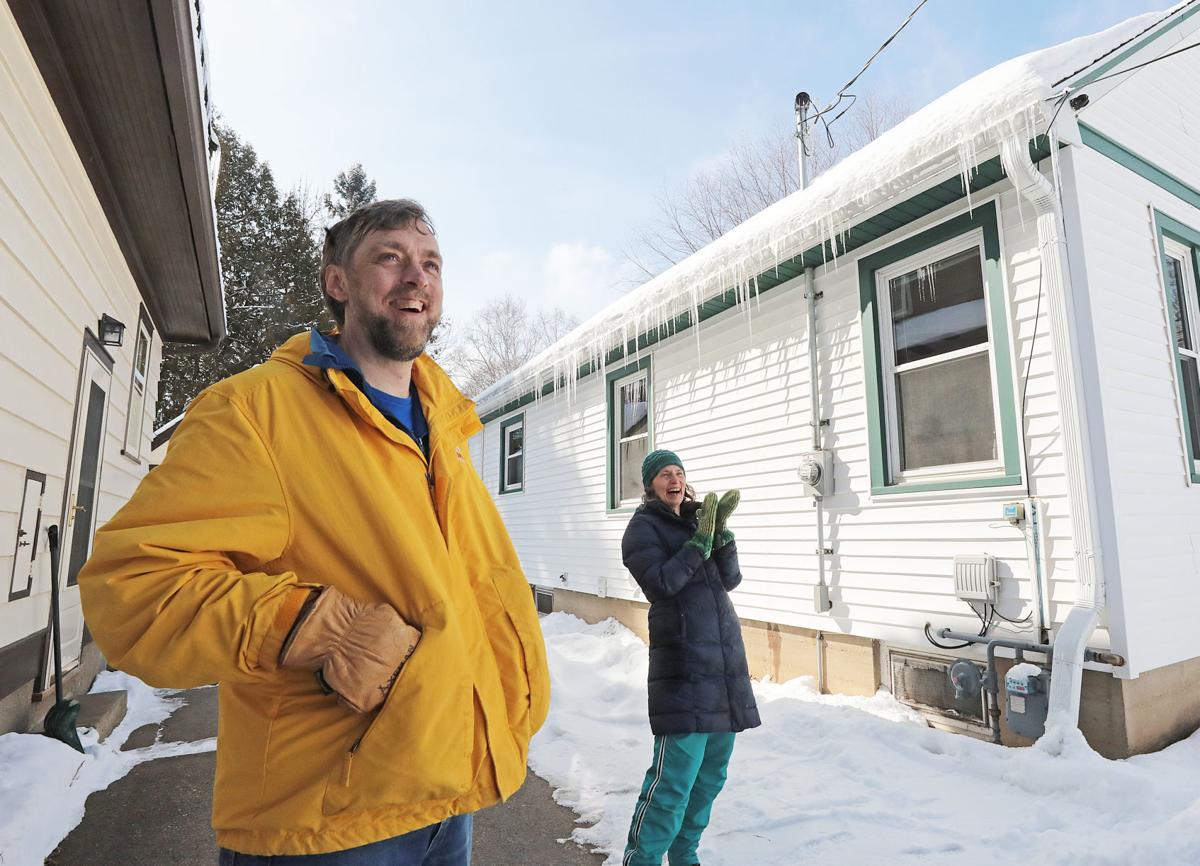 Dave Greene and his wife, Melanie Crawford, react as a visitor slides down the castle.