They are two of Madison’s most quintessential walkable neighborhoods.

Williamson Street is a little more rugged but can be described as diverse, accepting, busy and growing.

You’ll have a good shot at spotting a bonafide hippie here but this is where Willy Street Co-op started in 1974, protesters marched in 2015 in support of Tony Robinson, where a corner park created from private property is a vegetated oasis and where rapid development along the East Washington Avenue corridor a few blocks away is beginning to be felt.

On a glorious, sun-baked Saturday, both Monroe and Willy streets were hailed for 40 years of organized celebrations designed to promote, honor and bond their communities.

The Monroe Street Merchants Association held its Monroe Street Festival, a one-day Maxwell Street Days-like event, although the street remained open while customers crowded shops and sidewalks searching for deals, listening to music and grabbing a bite to eat.

“When we went into business 42 years ago, we found out that some of the businesses didn’t even know each other,” said Carol “Orange” Schroeder, who owns Orange Tree Imports with her husband, Dean. “The festival was a way to get people to market as a single entity.”

In the 1970s the neighborhood featured several grocery stores, pharmacies and other businesses that primarily served the neighborhood. Today, there are more than 20 restaurants and coffee shops between Camp Randall and Glenway Street to the west but in 1975 there were only a few, Schroeder said.

“It’s been quite an explosion,” Schroeder said. “But we’re really working hard to keep the (retail) shops open, also.”

Parking meters along Monroe Street were bagged Saturday with merchants setting up tables filled with merchandise in parking spots. Some customers looked through racks of dresses at Art Gecko while at Neuhauser Pharmacy, Christmas cards and decorations were mingled with school supplies. In front of Mystery to Me, an independent book store at 1863 Monroe St., Jayne Rowsam, an employee, served as a barker of literature.

“Fresh books,” she yelled. “All books just $1. You can’t go wrong. Don’t make me carry these books back in tonight.”

“This is one of my favorite stores,” said Mess, who was on her way with her husband to American Players Theatre in Spring Green. “For $1 I can do that for my classroom.”

One of the busiest spots on the street was at Strictly Discs, 1900 Monroe St., where tables of vinyl records, bins of cassette tapes and compact discs and boxes of 45s were up for grabs outside. At one end of a series of 8-foot tables, Richard Kautzer of Madison found vinyl albums from country artist Gail Davies and early 1960s heartthrob Bobby Vee. At the other end of the tables were sisters Brandi Hermanson, 26, and Emmylou Hermanson, 23, both of Mount Horeb. Their vinyl finds included REO Speedwagon, The Temptations, Peter Frampton and The Beatles.

“I’m just a collector so I’m looking for a good sale,” Emmylou Hermanson said. “They have a lot of good stuff here.”

Over at Pizza Brutta, 1805 Monroe St., owners Derek Lee and his wife, Darcy Lee, were making pizzas outside to slide into their portable wood-fired pizza oven that was parked out front of the restaurant they opened 10 years ago. At nearly 800 degrees, the pizzas cooked in about 90 seconds.

“I think Monroe Street is doing OK,” Derek Lee said. “Retail is finding its way in this era of Amazon and, so, we’re hoping as this area becomes more dense, I think more and more retailers will move in because it’s such a great mix of neighborhood and commercial.”

Over at the Willy Street Fair, the two-day event that concludes Sunday took on more of a festival feel as several blocks of the iconic street were closed to vehicular traffic and lined with food booths, artisans and retailers. The parking lot of Plan B nightclub hosted the main music stage as Immigrie, a funk band from Madison with a strong horn and woodwind section, pumped up a growing crowd.

In front of the Madison Sourdough Co., Kaia Fowler sang and played her acoustic guitar on a small folk stage while just down the street, children climbed a rock wall, flower bulbs were being sold as a fundraiser for Willy Street Park and the People’s Bakery offered up grilled chicken and lamb kabobs.

For Terry King, the fair was a chance to show off his glass blowing skills in an outdoor studio set up in front of his 450 square-foot Fat Pink Glass studio at 951 Williamson. He earned a round of applause from more than a dozen spectators as he finished a piece that included a spider dangling from a glass thread.

“I feel that every year the neighborhood changes a bit due to the rentals and students but it’s a place for all people and a place I kind of felt comfortable in,” said King, who has had his shop for nine years. “It’s an ever-evolving community and it has an authentic feel.”

But Willy Street was a dicey place in the 1970s as industries in and around the working-class neighborhood either moved away or closed. Some buildings were in horrid shape, infested with vermin and being used as flop houses for drug dealers.

Those conditions led to the formation of Common Wealth Development, a non-profit that focused its efforts on business development, community development and housing improvements. The Willy Street Fair was designed by Common Wealth to bring the community together and has grown into a major neighborhood event and fundraiser.

Justice Castañeda lived on Willy Street as a teenager and graduated from East High School. He’s now the executive director of Common Wealth.

“It’s really nice for all of us to come together once a year,” said Castañeda. “Willy Street Fair is very sacred to our organization. Place making is essential.”

Madison Chocolate Co. embraces its products and its neighborhood

Production has moved to the corner of Monroe and Glenway streets and includes a cafe and coffee bar.

For Madison-based Twigs, a new chapter opens at new development in Brookfield

The women's clothing store is part of the 450,000-square-feet of retail and restaurant offerings at The Corners, an open-air shopping center.

Noel Anderson's photograph shows off character and characters of the East Side shop.

With no buyers, Wild Child's Monroe Street store is closing after more than 30 years

Founded in 1981 on East Johnson Street, the children's store has been a retail staple on Monroe Street since 1986.

Carol Schroeder, the co-founder of Orange Tree Imports, comes out with another edition of her book on retailing that dives into the minutia of the industry. 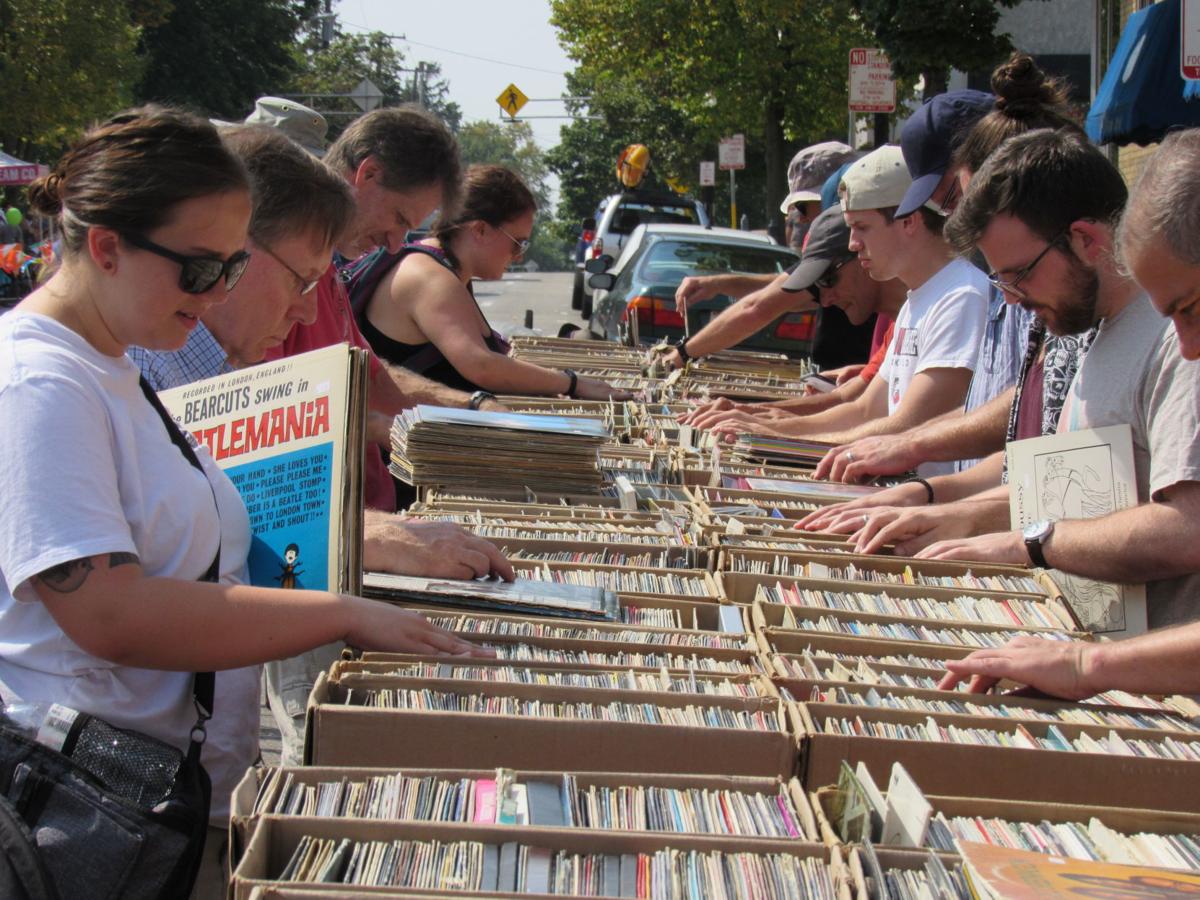 Emmylou Hermanson, left, of Mount Horeb, holds a Beatles album while scouring for more vinyl Saturday with other audiophiles at Strictly Discs during the Monroe Street Festival. The festival celebrated its 40th year on Saturday with sunny skies and big crowds. 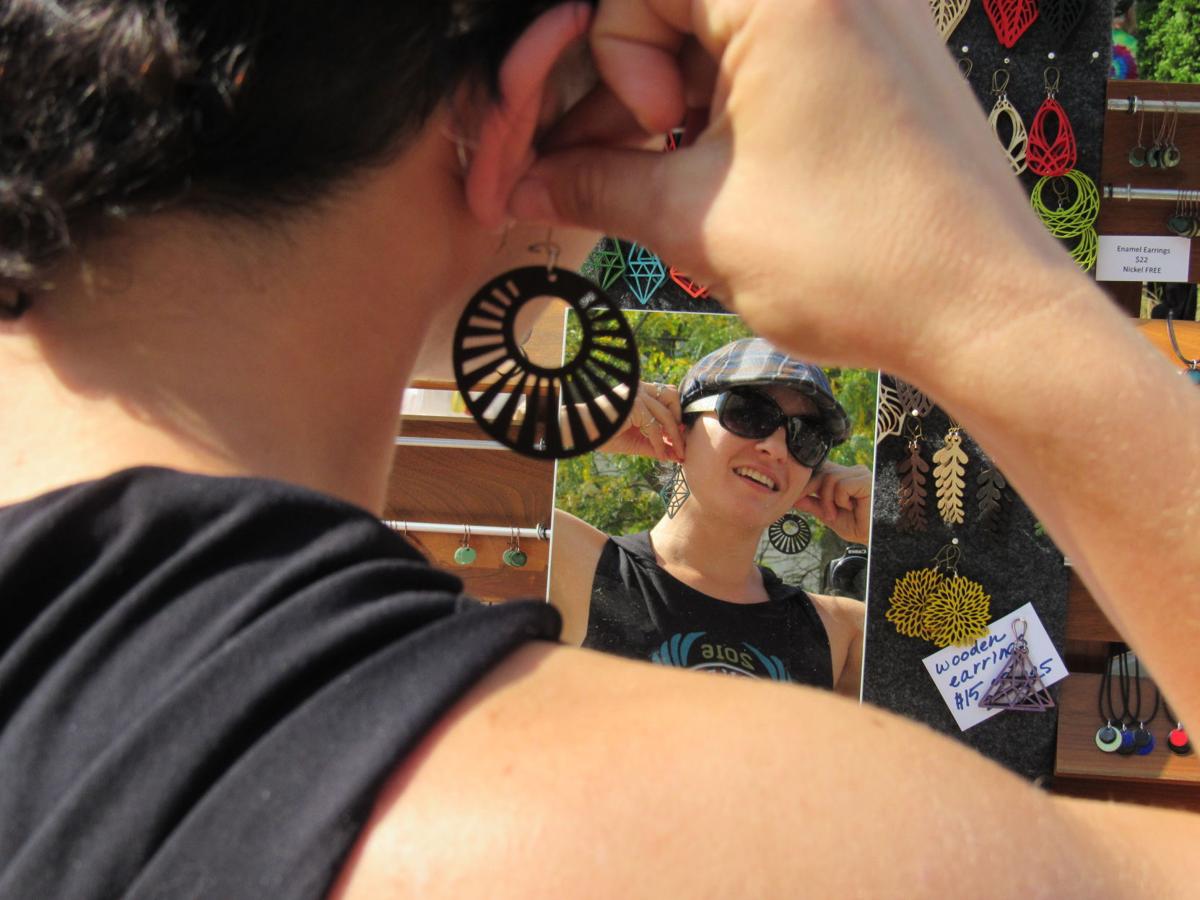 Part of Williamson Street was closed to traffic for the Willy Street Fair Saturday which allowed Chez Dickson, 32, of Madison, to try on a pair of earrings from Sift and Winnow, a Madison studio owned by Linda Winther. 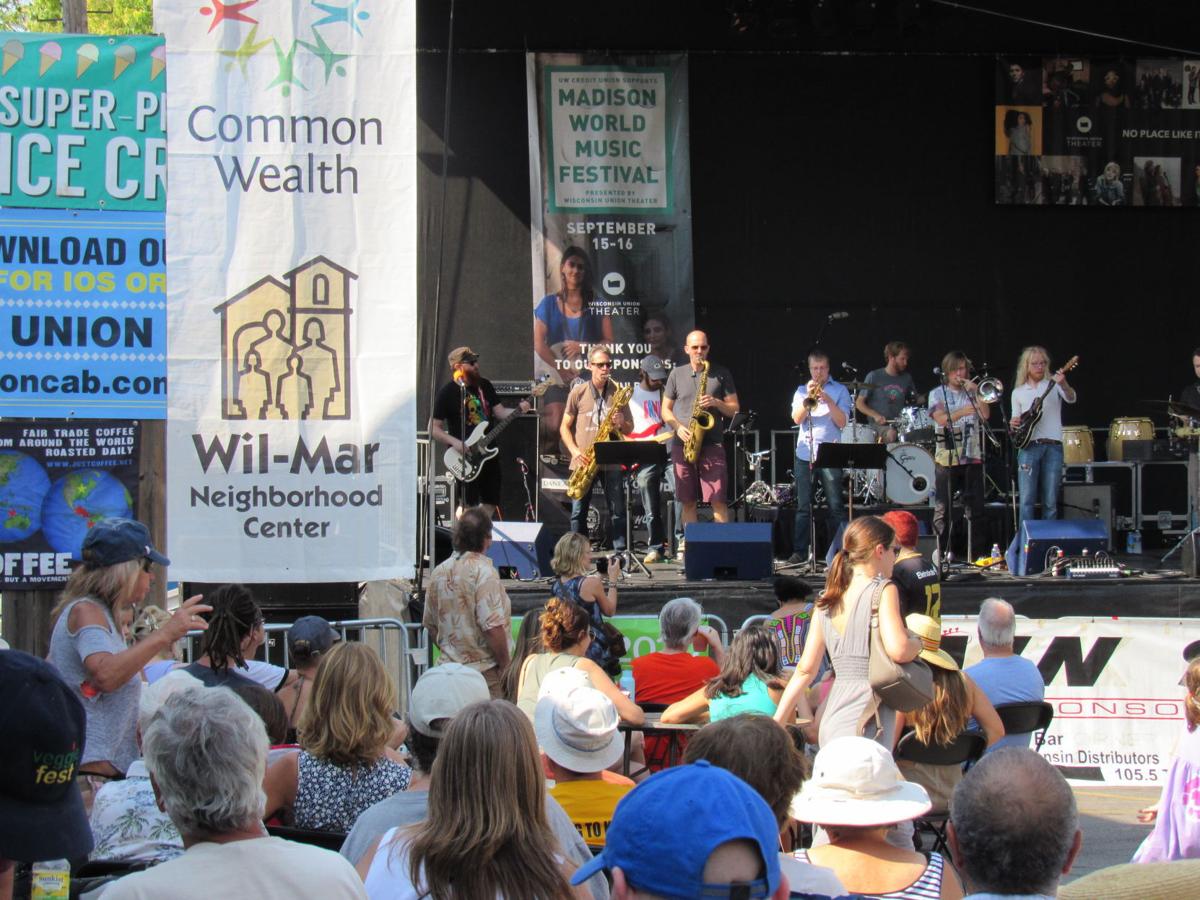 Immigre, a Madison funk band, lit up the crowd Saturday at the main stage of the Willy Street Fair, a fundraiser for Common Wealth Development and the Wil-Mar Center. 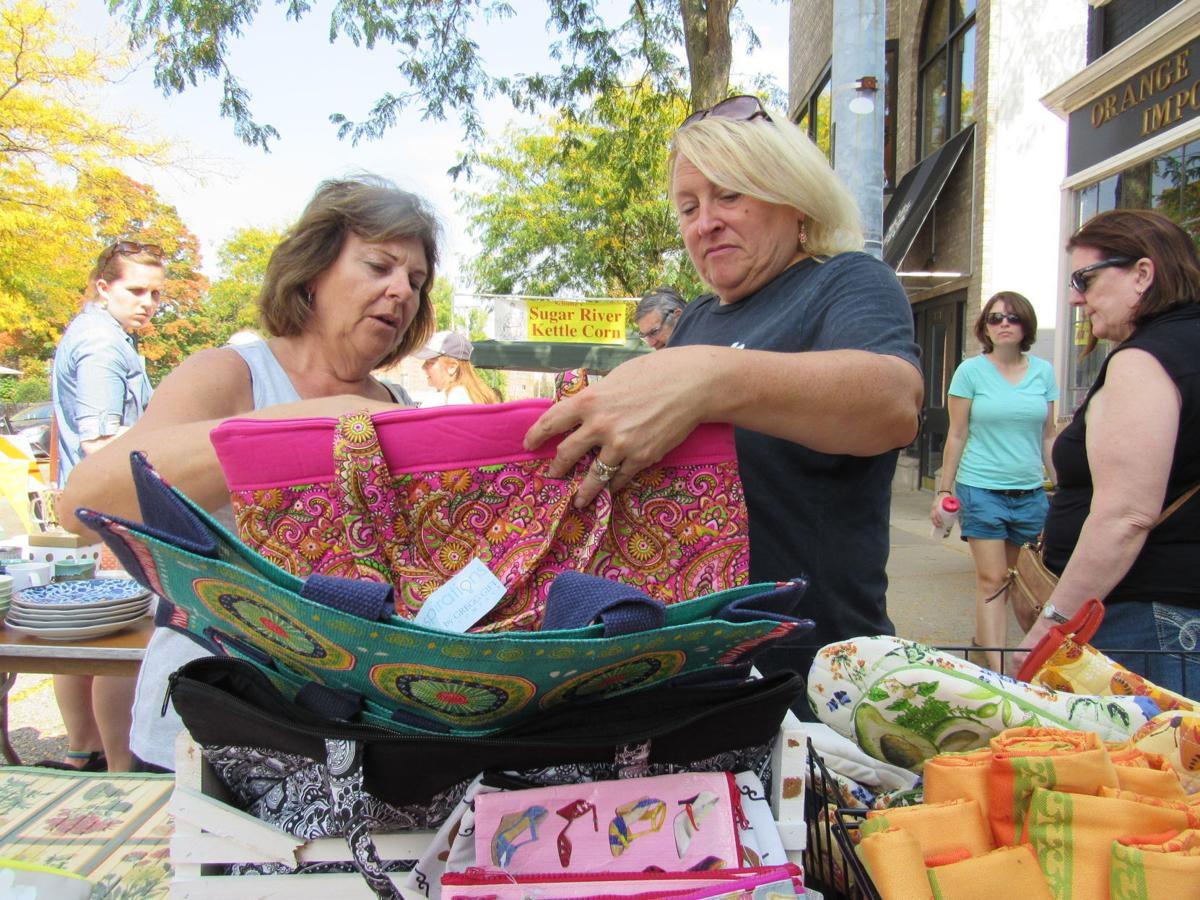 Mary Jo Nelson, left, of Madison and Marilyn Sharrow of Cross Plains, check out a bag on sale from Orange Tree Imports on Saturday during the Monroe Street Festival. 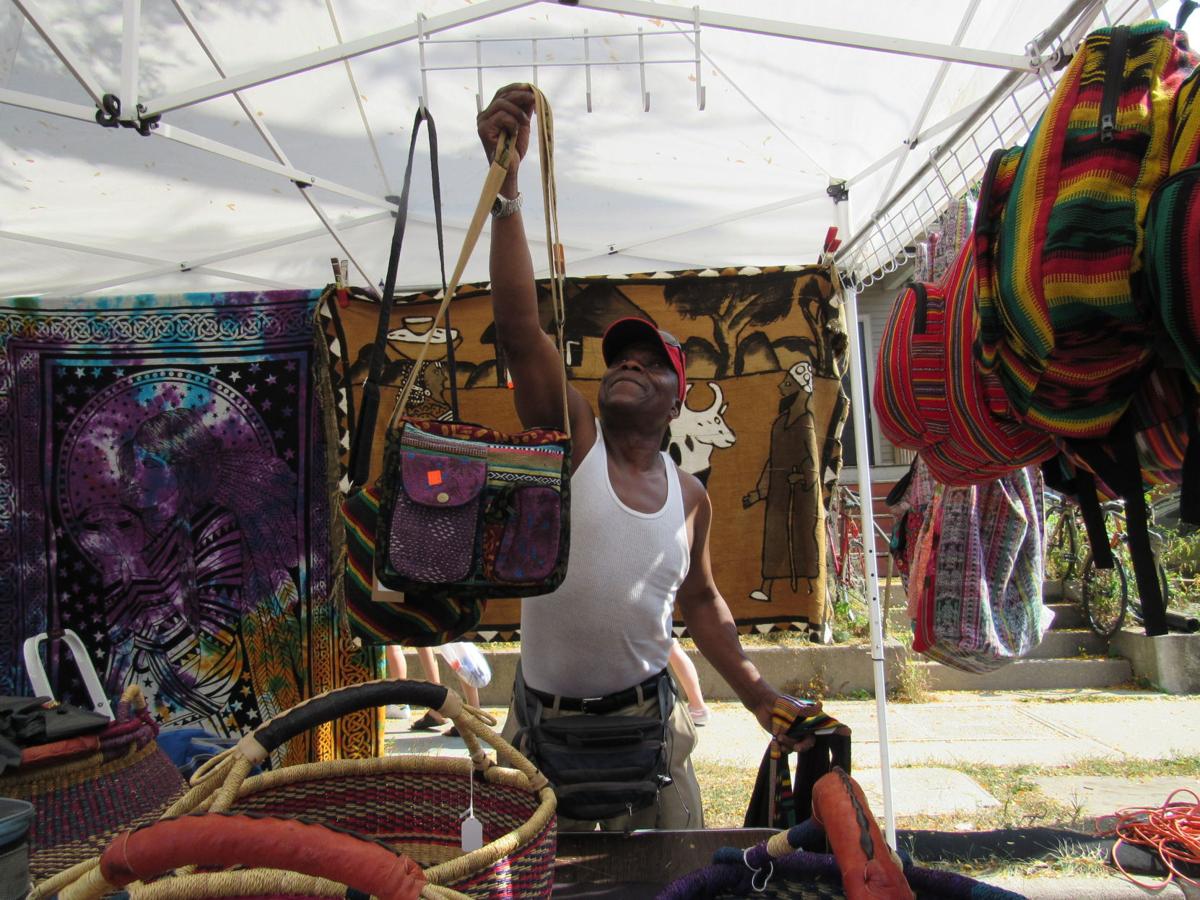 Thomas Adeetuk, owner of Akarim African Enterprises, hangs bags at his booth Saturday at the Willy Street Fair. Adeetuk is from West Africa and sells a variety of African items. 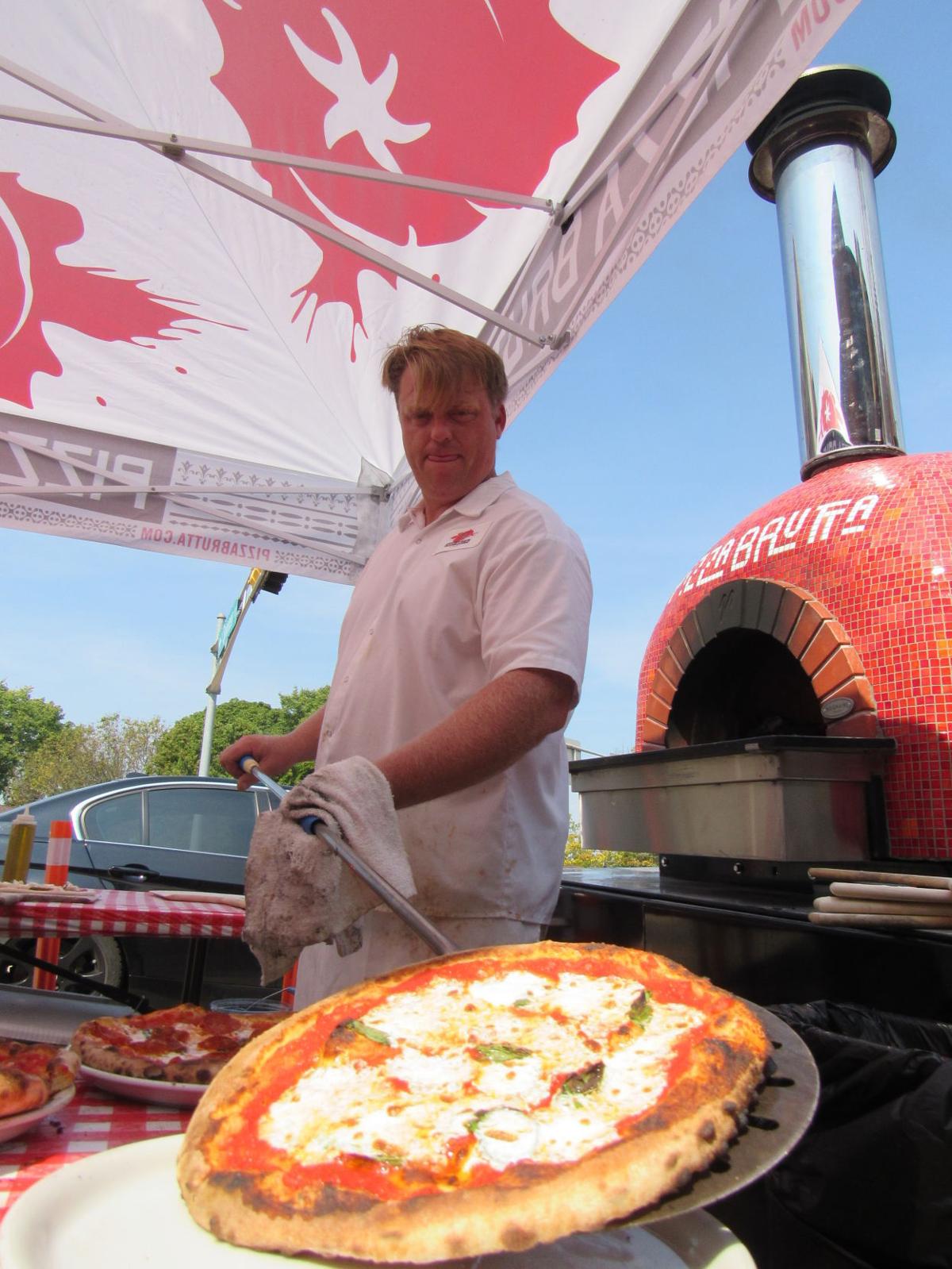 Derek Lee, co-owner of Pizza Brutta on Monroe Street, shows off a pizza that was cooked in about 90 seconds in a portable wood-fired pizza oven parked in front of his restaurant. The oven was at nearly 800 degrees. 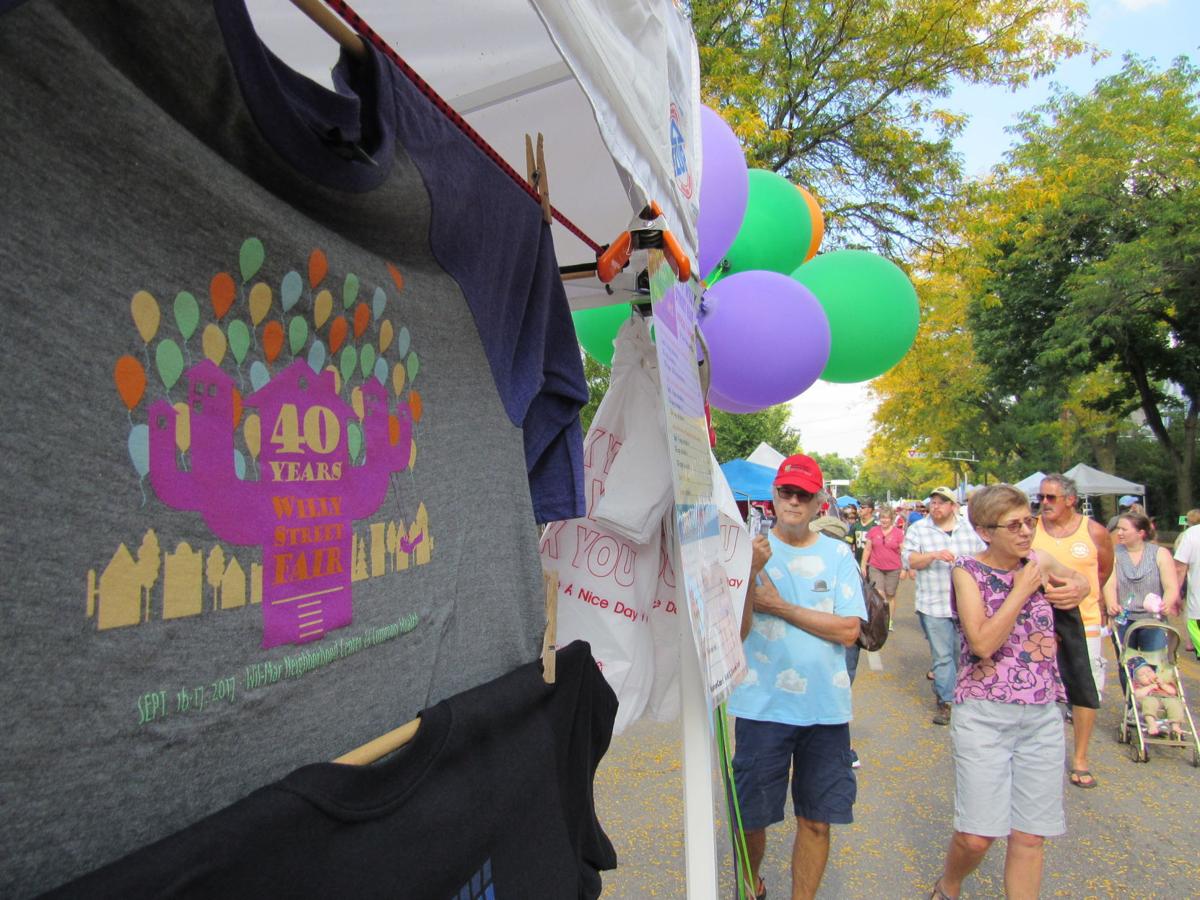 Big crowds showed up Saturday for the first day of the two-day Willy Street Fair that concludes Sunday. 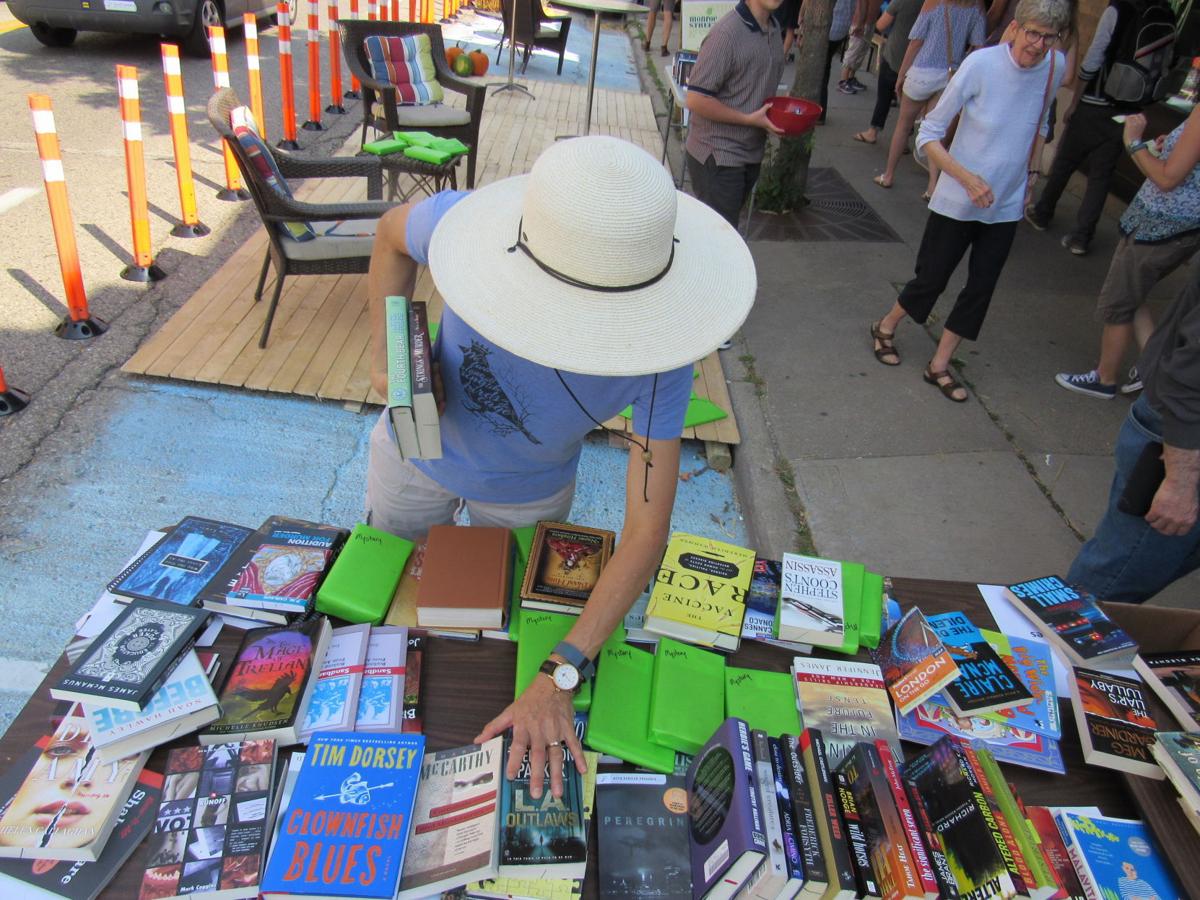 Kerry Mess, a high school English teacher from Milwaukee, searches through a table of $1 books at Mystery to Me bookstore on Monroe Street.