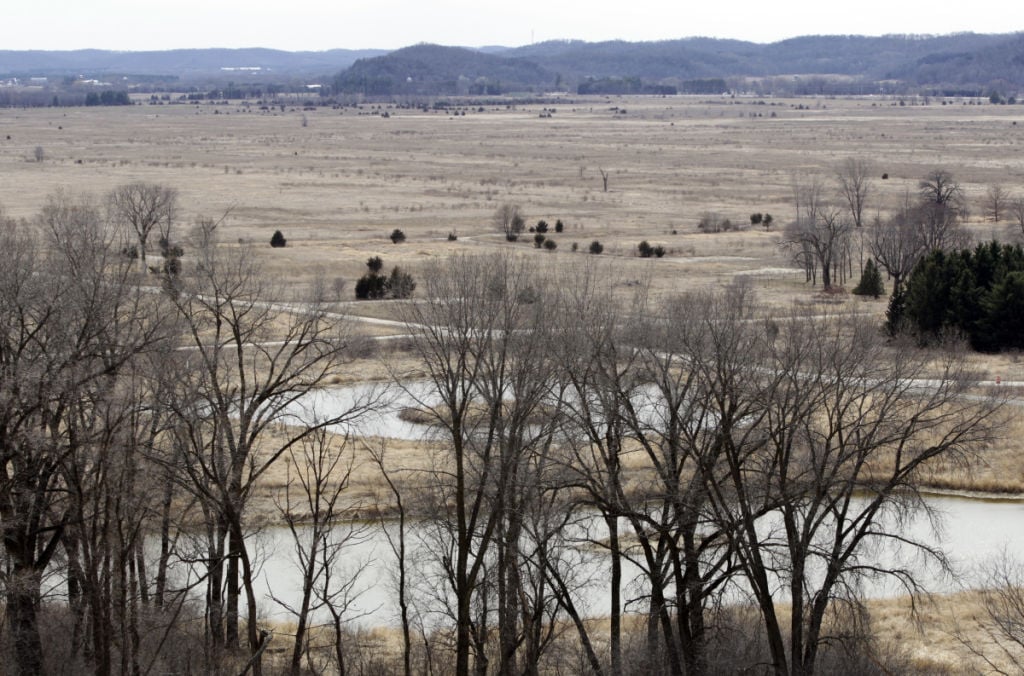 Almost all of the nearly 1,500 buildings that once blanketed the the Badger Army Ammunition Plant property near Baraboo have been removed as the 7,500-acre property is transformed into the Sauk Prairie Recreation Area and other uses. On Friday, Sen. Tammy Baldwin announced that the federal government had agreed to fulfill its promise to return 1,600 acres of the site to the Ho-Chunk Nation. 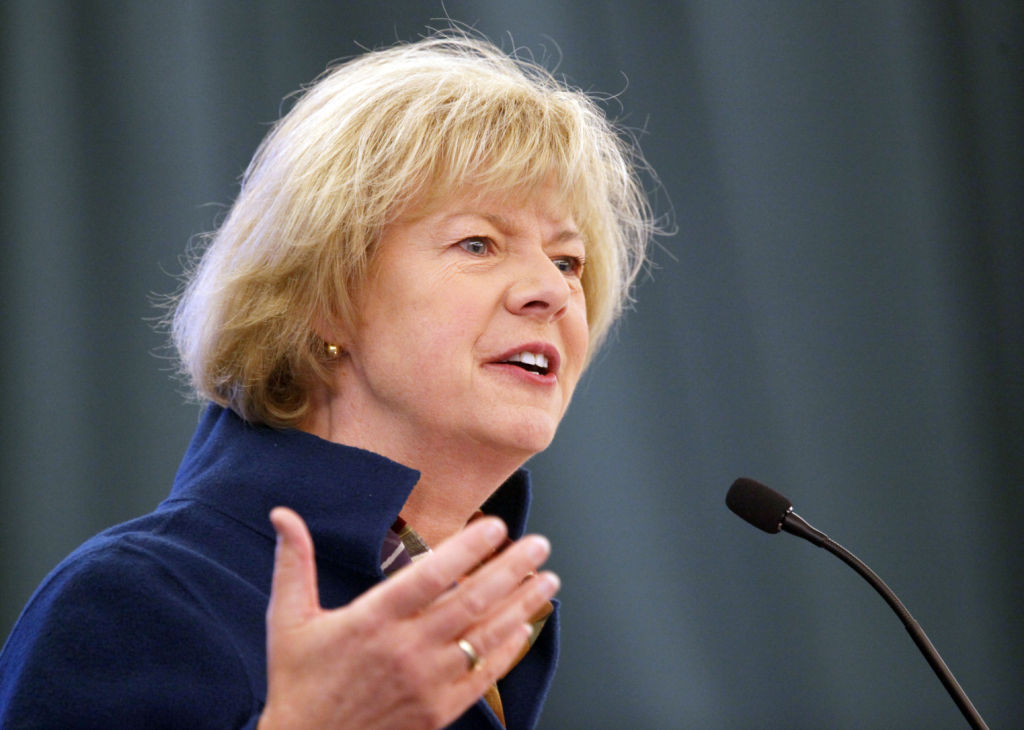 “This has been almost two decades of effort to reclaim that particular piece of property,” Ho-Chunk Nation President Jon Greendeer said.

“This is a huge gain for the Ho-Chunk people,” Greendeer said.

Baldwin said she has been pushing the federal government to return the land ﻿to the tribe since she was elected to Congress in 1998. The overall plan for the decommissioned plant, ﻿spanning 7,354 acres, was finalized in 2001.

It divides ownership of the former U.S. Department of Defense site along Highway 12 south of Baraboo primarily among three entities: The state Department of Natural Resources with 3,400 acres, the Ho-Chunk Nation with nearly 1,600 acres and the U.S. Department of Agriculture’s Dairy Forage Research Center with 2,100 acres.

In a statement issued by Baldwin’s office, the senator said the transfer had been tied up in bureaucratic wrangling. Her efforts to force the transfer included holding up the nomination of a top Department of Interior appointee until he agreed to work with the defense department to reach agreement.

The Madison Democrat said she included the transfer in the upcoming National Defense Authorization Act.

Greendeer praised Baldwin for her “unrelenting determination” to return the property to the Ho-Chunk.

The ammunition plant site was inhabited by the Ho-Chunk Nation and later white settlers who came to the area to farm. But in the early 1940s, about 100 landowners were removed to make way for the world’s largest ammunition plant.

The facility made propellant and employed thousands of people. It operated through World War II and the Korean and Vietnam wars, ceasing production in 1975.

Greendeer said the tribe has not yet decided how it will use its land. Ho-Chunk Nation District 1 Rep. Susan Waukon said the nation has in the past discussed restoring the land to its natural state and creating space for animal grazing, possibly including bison. Three buildings remain on the site and will be put to use, she said.

But Greendeer said the land will be owned by all 7,500 of the nation’s members and “anything and all things have to be on the table for what happens to that land.”

The state Department of Natural Resources is continuing to work on a master plan for its portion of the site, known as the Sauk Prairie Recreation Area. John Pohlman, the DNR planner leading the effort, said the agency likely will release its proposal this spring.

Baldwin urged the DNR to follow plans adopted by the Badger Reuse Committee that call for the recreation area to consist of habitat restoration and light recreation.

More contentious proposals include allowing motorized recreation vehicle use or a shooting range. He said the goal is to provide a “high-quality experience for the visitors.”

“The question is: ‘How do these (various uses) fit together, where and when?’ ” Pohlman said.

History group is trying to raise $35,000 to bring its temporarily closed museum up to code.

PRAIRIE DU SAC -- A committee of the Badger Oversight Management Commission made no decision on a $5,000 funding request from the Badger Histo…

Almost all of the nearly 1,500 buildings that once blanketed the the Badger Army Ammunition Plant property near Baraboo have been removed as the 7,500-acre property is transformed into the Sauk Prairie Recreation Area and other uses. On Friday, Sen. Tammy Baldwin announced that the federal government had agreed to fulfill its promise to return 1,600 acres of the site to the Ho-Chunk Nation.