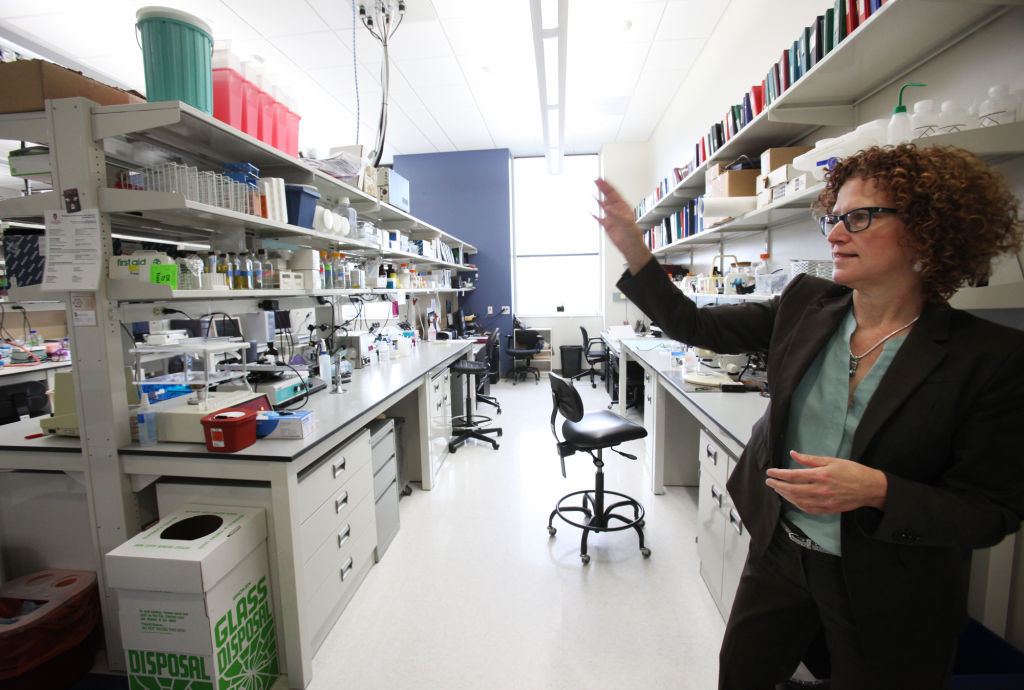 The research of Gail Robertson, a neuroscience professor at UW-Madison shown in her lab, and many other scientists on campus could be impacted by a bill to ban the sale and use of aborted fetal tissue in Wisconsin. 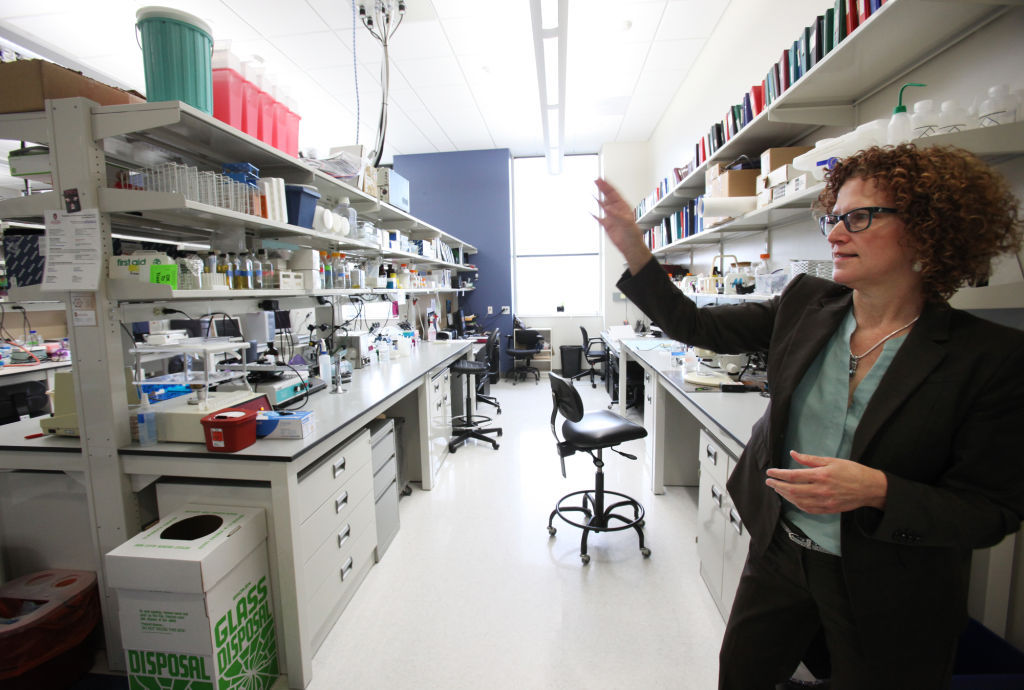 A bill to ban the sale and use of aborted fetal tissue in Wisconsin could halt important medical research, UW-Madison and biotech leaders say, but sponsors of the bill say such research could continue with other tissue.

Federal law already bans the sale of fetal tissue, though donation is allowed. The bill, scheduled for an Assembly committee hearing Tuesday, would ban the use of aborted fetal tissue in experiments.

An earlier version of the bill also would have banned research using cells derived from fetal tissue. Such cells are widely used at UW-Madison and around the country.

Lead sponsor, Rep. Andre Jacque, R-De Pere, said he changed the bill to allow use of the cells, but UW-Madison officials say the measure could still apply to the cells. Jacque said he would make more changes, if needed, to ensure that existing cell lines could be used. UW-Madison remains opposed to the bill, in part because it would certainly ban research involving fetal tissue.

Rick Moss, senior associate dean of the UW School of Medicine and Public Health, said about 100 labs on campus use cells derived from fetal tissue in studies on cancer, heart disease, Parkinson’s disease, blindness and other conditions. An additional six to eight labs use fetal tissue in work on diabetes and other afflictions , he said.

The bill “would make these people criminals,” Moss said. “That research would be shut down. It’s quite chilling.”

Jacque said that if researchers needed to create new cell lines, they could still use fetal tissue from miscarriages.

“This is establishing a higher standard,” he said. “There are individuals at the university who have tried to push the boundaries of not only scientific knowledge but medical ethics.”

UW Health spokeswoman Lisa Brunette disputed that, adding, “We review all research in this area for ethical as well as scientific integrity.” Scientists say switching to other cell lines would be costly, cause delays and is not as easy as it sounds.

Jacque introduced similar measures in 2011 and 2013. He said the new bill could have more support this year because of recently released videos by anti-abortion activists that show Planned Parenthood officials describing how they sometimes provide fetal tissue to medical researchers.

“I feel pretty good about the chances, with the additional public awareness,” Jacque said.

Jacque, along with Rep. Joel Kleefisch, R-Oconomowoc, and Sen. Duey Stroebel, R-Saukville, circulated the latest draft of their bill Wednesday. The bill was introduced Friday.

Laurel Patrick, spokeswoman for Gov. Scott Walker, declined to say if Walker would sign the measure. But she said the governor found the Planned Parenthood videos “abhorrent” and would work with legislators to “ban these practices in Wisconsin.”

Moss said research using fetal tissue or cells brings in $76 million a year to the university. Much of it involves HEK cells, or human embryonic kidney cells that were derived from the aborted tissue of a single fetus in the 1970s and are widely used around the country.

Some of the fetal tissue comes from repositories in New York and the state of Washington, Moss said. That tissue is acquired as needed for particular studies, said UW-Madison spokesman Terry Devitt.

“It’s really just a standard research tool,” Kiessling said. Telling scientists they couldn’t use the cells “would be like all of a sudden telling people that microwaves can’t be used to cook things anymore,” she said.

“If you take those cells away, this vaccine would never have been made,” Radspinner said.

He said generating such cell lines involves costly validation and screening, a process that takes years and would be very difficult to start from scratch.

If the bill passes, Radspinner said, “we’d seriously have to contemplate leaving the state.”

Jacque said other states, including Illinois and Ohio, have passed similar laws without impairing medical research.

What: Assembly Committee on Criminal Justice and Public Safety hearing on bill to ban sale and use of fetal tissue in Wisconsin.

Proponents hail measure preventing groups from profiting from sale of fetal tissue, but researchers say it could have a disastrous side effect.

The Madison company is working on a novel flu vaccine.

The research of Gail Robertson, a neuroscience professor at UW-Madison shown in her lab, and many other scientists on campus could be impacted by a bill to ban the sale and use of aborted fetal tissue in Wisconsin.