About 140 people at New Glarus Home were among the first nursing home residents and staff in Wisconsin to be vaccinated against COVID-19 Monday, as CVS and Walgreens began to inoculate some of the state’s most vulnerable populations in an effort to control the pandemic.

“It’s tears of joy that we finally have a vaccine,” Patty Emberson, director of nursing at New Glarus Home, said of the milestone. “We want life to get back to normal. We want these residents to be able to see their loved ones.”

CVS and Walgreens didn’t identify which of the state’s 360 nursing homes were first in line for getting a portion of the state’s allocation of Moderna’s vaccine against the coronavirus. Statewide, nine nursing homes started vaccination Monday and 42 were expected to begin by Thursday, said state Department of Health Services spokeswoman Elizabeth Goodsitt, who declined to name the facilities.

New Glarus Home in New Glarus, about 25 miles southwest of Madison; Markesan Nursing Home in Markesan, about 60 miles northeast of Madison; and Evergreen Health Center in Oshkosh were among the facilities where vaccination began Monday, said John Sauer, CEO of LeadingAge Wisconsin, which represents nursing homes and assisted living facilities.

“It’s a cause for celebration,” Sauer said of the vaccination effort starting in nursing homes. “We’ve got a long way to go, but this is an important first step.”

6,200 people have died from COVID-19 in Wisconsin. Here are stories of some we've lost.

Emberson said 70 of the New Glarus nursing home’s 74 residents and 69 of about 120 staff were expected to get shots, administered by Walgreens. The pharmacy will return on Jan. 25 to provide second doses to those inoculated Monday and to offer first doses to others, coming again on Feb. 22 if needed to provide additional second doses.

Hopefully more staff will choose to be immunized in January, but it isn’t mandatory, Emberson said.

On Dec. 14, 10 UW Health employees were among the first people in Wisconsin to be immunized, with the state’s first allotment of Pfizer’s vaccine. More of the state’s 400,000 health care workers continue to be vaccinated as the effort begins at nursing homes, which have about 28,500 residents and a similar number of staff.

Vaccination is expected to start next month in the state’s 4,500 or so assisted living facilities, which have about 67,000 residents and a similar number of staff.

Also next in line for immunization, according to a federal advisory panel, are people 75 and older and essential workers such as firefighters, teachers and grocery store workers. The general public is expected to be able to get shots by spring.

COVID-19 cases and hospitalizations have declined in Wisconsin and Dane County since mid-November, while deaths statewide have held steady at an average of about 40 to 60 a day. Health officials are concerned holiday travel and gatherings could reignite a surge, though that didn’t happen after Thanksgiving.

My year as the State Journal's health reporter has been consumed by COVID-19. I've covered many coronavirus developments and media briefings, but the stories that stand out most to me are those showing the humanity of the pandemic.

Four of my five picks are about people fighting COVID-19 or those who succumbed to it. The fifth, from that hard-to-recall time of January, looks at new genetic testing and treatment for spinal muscular atrophy, a rare muscle-wasting disease.

This story shows the promise, but also the cost, of cutting-edge developments for a rare disease.

Madison health director endures during COVID-19, despite 'no off-switch'

2020 has been no picnic for leaders of local health departments.

My first glimpse inside a hospital COVID-19 unit came as hospitalizations soared.

3,000 people have died from COVID-19 in Wisconsin. Here are stories of 6 lives lost.

As COVID-19 deaths ramped up, I wrote about six Madison-area lives lost to the coronavirus.

OneEvent Technologies' clients include hospitals, clinics and pharmacies in Wisconsin.

Some medical residents, or doctors in training, at UW Hospital who are exposed to COVID-19 patients said they haven’t been able to get vaccinated, even as some staff doctors with less exposure have received shots.

The state reported a daily record of 120 COVID-19 deaths Tuesday, though that total likely represents a reporting lag.

Psychiatric hospital in Middleton to open in May

Miramont Behavioral Health, a psychiatric hospital in Middleton for which construction started more than two years ago, is expected to open in May.

Powerful snowstorm set to pound Wisconsin starting Tuesday afternoon (Dec. 29). See how much will fall and when

The heavy, wet snow will hit hardest across southwest and south-central Wisconsin, with a winter storm warning for that area from 4 p.m. Tuesday through noon Wednesday, while a winter weather advisory is in effect to the north and east from 6 p.m. through noon, according to forecasters.

The university plans to begin inoculating some employees as soon as Tuesday. Widespread vaccine availability is still likely several months away.

About 86,000 vaccinated against COVID-19 in Wisconsin, state says

Republicans criticized the rollout while state officials said it's ramping up.

Oakwood Village to replace nursing home on West Side

The $25 million project is being pursued instead of a previous $240 million plan opposed by many residents.

Wisconsin COVID-19 vaccination ramps up, to expand to more groups this month

To meet its share of a national goal of 1 million shots a day, Wisconsin needs more doses, officials said.

Who should get COVID-19 vaccine next? A state committee debates

Whether inmates, transit workers and others should be given priority is being considered.

The findings ease concerns that wild bats in the U.S. and Canada can be infected by humans or spread the virus to other animals, researchers said. 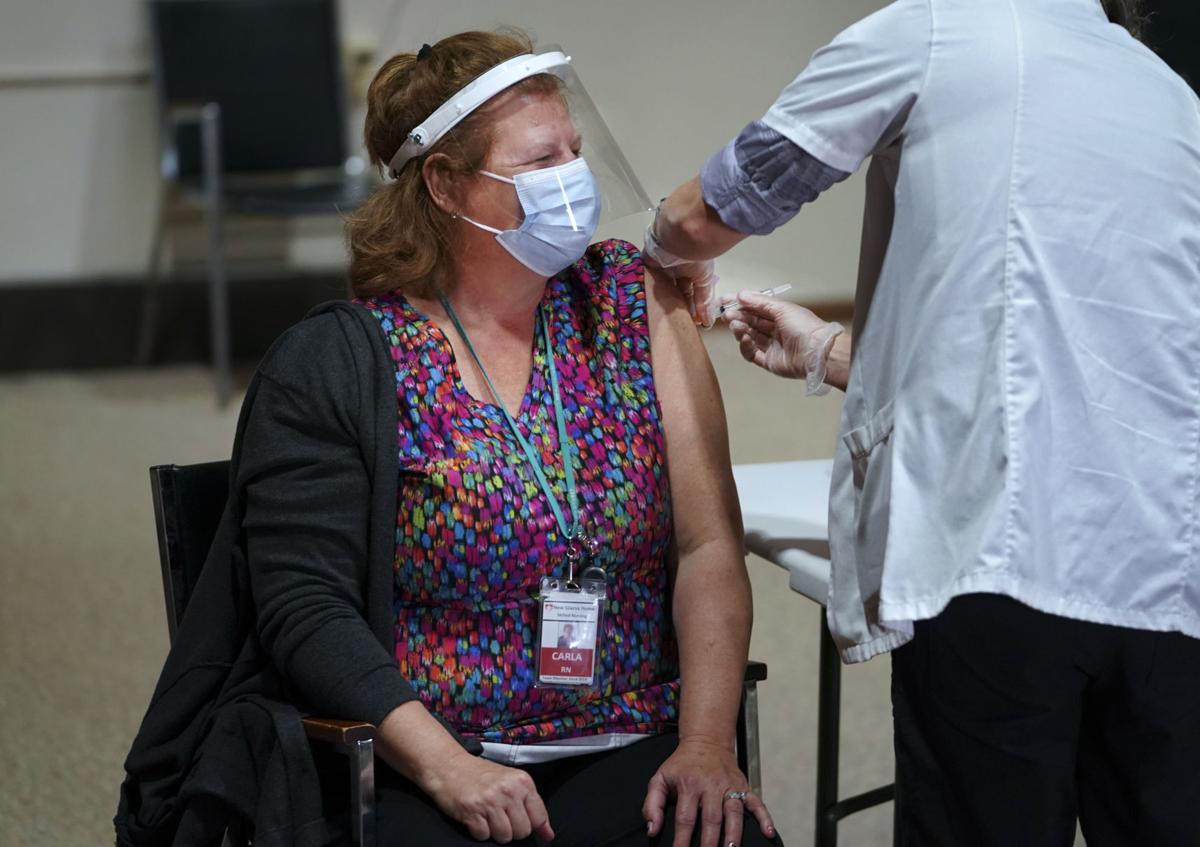 Carla Durst, a nurse at New Glarus Home, gets a COVID-19 shot Monday, the first day staff and residents at some of Wisconsin's nursing homes were able to be immunized against the coronavirus. "It's a very big day," said Patty Emberson, the facility's director of nursing. 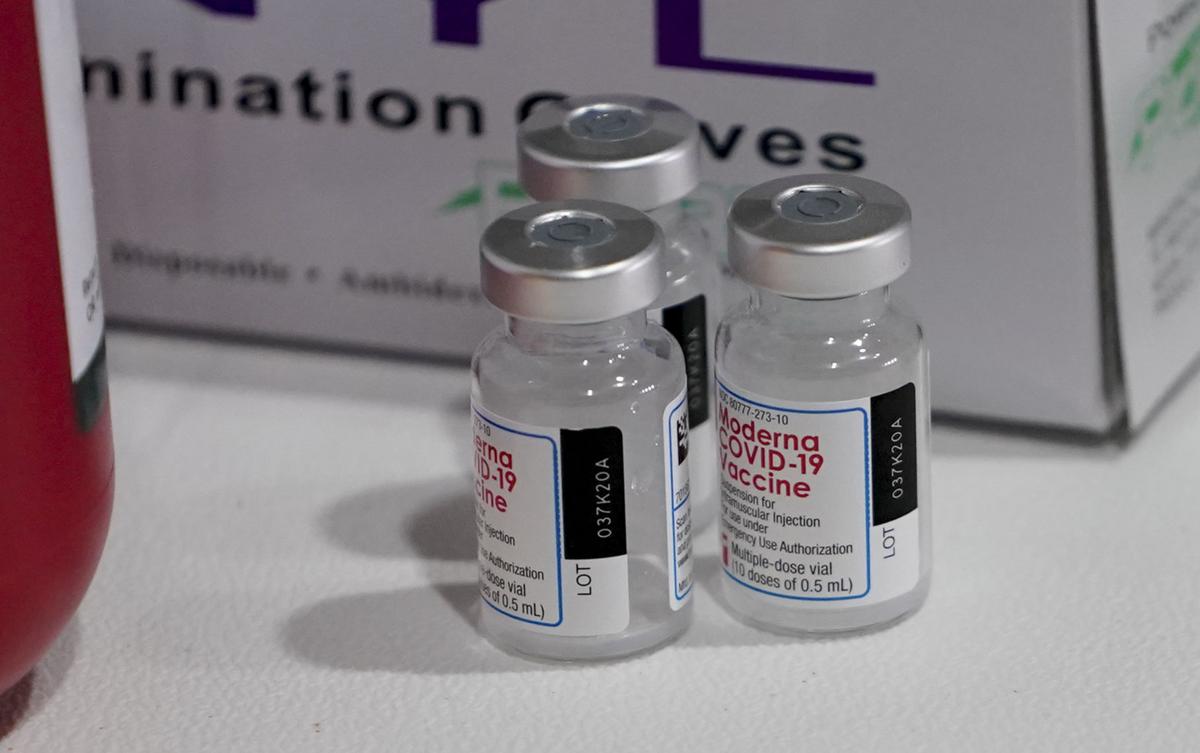