A Middleton assisted living facility evicted an 87-year-old resident last month because she went on Medicaid, even though the facility said it would keep her once she was in the program if she first paid out of pocket for six months, which she did, according to her caretaker.

Jenny Pols’ involuntary discharge from Heritage Senior Living is part of what appears to be an increase in assisted living dismissals stemming from low Medicaid reimbursement rates, an elder law attorney said. Facilities verbally pledge to keep residents after they go on Medicaid, but rarely put those promises in writing.

“I’ve definitely seen this happen a lot more in the last few years,” said Julie Short, an elder law attorney in Madison who is not involved in Pols’ case. “They admit the person and then it turns out the facility has decided it doesn’t want to take the Medicaid rate.”

Pols, who received an involuntary discharge notice from Heritage June 25, moved last week to Willow Pointe, an assisted living facility in Verona. The move was disruptive, said Margo Redmond, Pols’ caretaker, who said Heritage told Pols and Redmond in November that Pols could stay even after going on Medicaid if she first paid privately for six months.

“I should have walked, but I had already heard from many people in the aging field that these facilities never put anything like that in writing,” she said.

The June 25 notice to Pols from Bobbi Stoltz, executive director of Heritage, said: “We are not required by law to continue residency for any individual once they convert to the Family Care Program and the lower monthly reimbursement rate. Therefore, we are issuing this 30-day Notice of Discharge.”

Amanda Runnoe, Heritage’s vice president of clinical and quality operations, told the Wisconsin State Journal in a statement that “there was discussion as to our commitment and efforts to retain current residents if and when they must transition to Medicaid reimbursement ... but it was made very clear that we do not and can never make such a guarantee or promise.”

Runnoe said it would be “unfair to all parties” to make such a commitment “as no one can predict the level of care needed for a resident as time progresses, nor the related future reimbursement rates for such care and services.”

Pols went on Family Care, a state Medicaid program, in early June, after depleting her savings by paying nearly $30,000 to Heritage from December to June, Redmond said.

The Wisconsin Board on Aging and Long Term Care said in 2016 it was experiencing an increase in calls about assisted living admission agreements and unexpected notices to leave.

Problems often arise after changes in a resident’s status — such as changes in mental ability or medical needs — the agency said in an advisory at the time.

“When giving tours to potential residents or their families, assisted living owners or managers often give verbal assurances that the setting ‘will work with the family’ should these occasions arise, but this willingness can change depending on the situation as well as on the staff managing the home at the time,” the agency said.

Kim Marheine, the agency’s ombudsman services manager, said last week that such complaints have lessened since 2016, perhaps because consumers are paying more attention to written agreements.

“In the vast majority of complaints on this topic, the consumer either didn’t read what they were obligating themselves to or didn’t get in writing what they thought they were promised verbally,” Marheine said.

An increase in Medicaid funding for long-term care in the two-year budget approved by the Republican-controlled Legislature last month and signed by Democratic Gov. Tony Evers last week could improve the situation, Sauer said.

“It will lessen the pressure providers have in meeting their expenses under Family Care,” he said.

Pols, born in the Netherlands, worked in the United States as a nurses’ aide at a nursing home run by Redmond’s mother and became a family friend.

Pols was living in a Madison apartment two years ago when she was hospitalized for a urinary infection that left her frail and with temporary dementia, Redmond said.

She moved to an independent living facility before transferring late last year to Heritage.

Assisted living growing in Wisconsin, but some say regulations not keeping up

Heritage’s executive director at the time said Pols could stay once on Medicaid if she first paid privately for six months, Redmond said. When Redmond asked him to put that in writing, he said he couldn’t but shook hands in agreement, she said.

He was replaced in April by Stoltz, who in May said Pols could not stay once she was on Medicaid, Redmond said.

“You have a place and people you know around you, and then you have to leave,” she said.

“If they don’t like the rate, they will start the involuntary discharge,” Short said.

Appeals of the discharges are sometimes successful, she said. Another strategy, she said, is to wait: Before discharging a resident, a facility must make sure the resident has another place to go. If it’s hard to find another facility that will accept Medicaid, the first facility might take Medicaid payments instead of not getting paid at all.

“If enough of us say we’re walking unless we have something in writing, this will stop,” she said.

Faith Gardens, a Sun Prairie assisted living facility where an 84-year-old resident died outside in December 2017, has closed, according to th…

Anyone who may still wonder what is wrong with health care in our country, should check out an example right here in Middleton: the Heritage S…

Regarding the July 9 State Journal story ”Medicaid Resident Evicted,” it should be a legal requirement that facilities clearly set out in writ…

Caregivers of the elderly must beware -- Margo and Dan Redmond

As caregiver friends to the woman who was recently evicted from Heritage Senior Living in Middleton, we note that low Medicaid rates are drivi…

Oakwood Village, the largest retirement organization in Madison, is re-evaluating a West Side redevelopment plan and opening an expansion on t…

One in four direct caregiver positions at Wisconsin’s nursing homes and assisted-living facilities are vacant, up from one in five two years a… 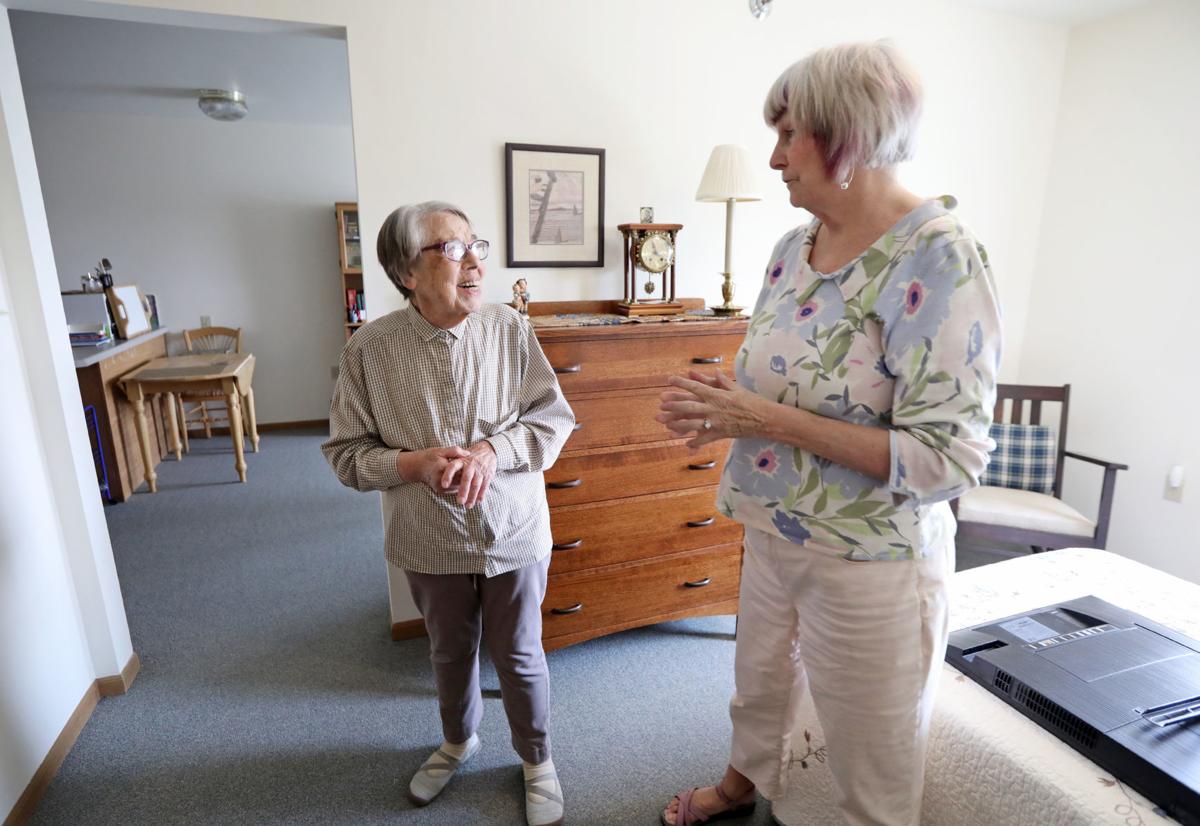 Jenny Pols, 87, left, and her caretaker, Margo Redmond, talk Monday at Pols' new assisted living facility in Verona. Pols was involuntarily discharged from Heritage Senior Living in Middleton last month after she went on Medicaid, a practice some say has been increasing. 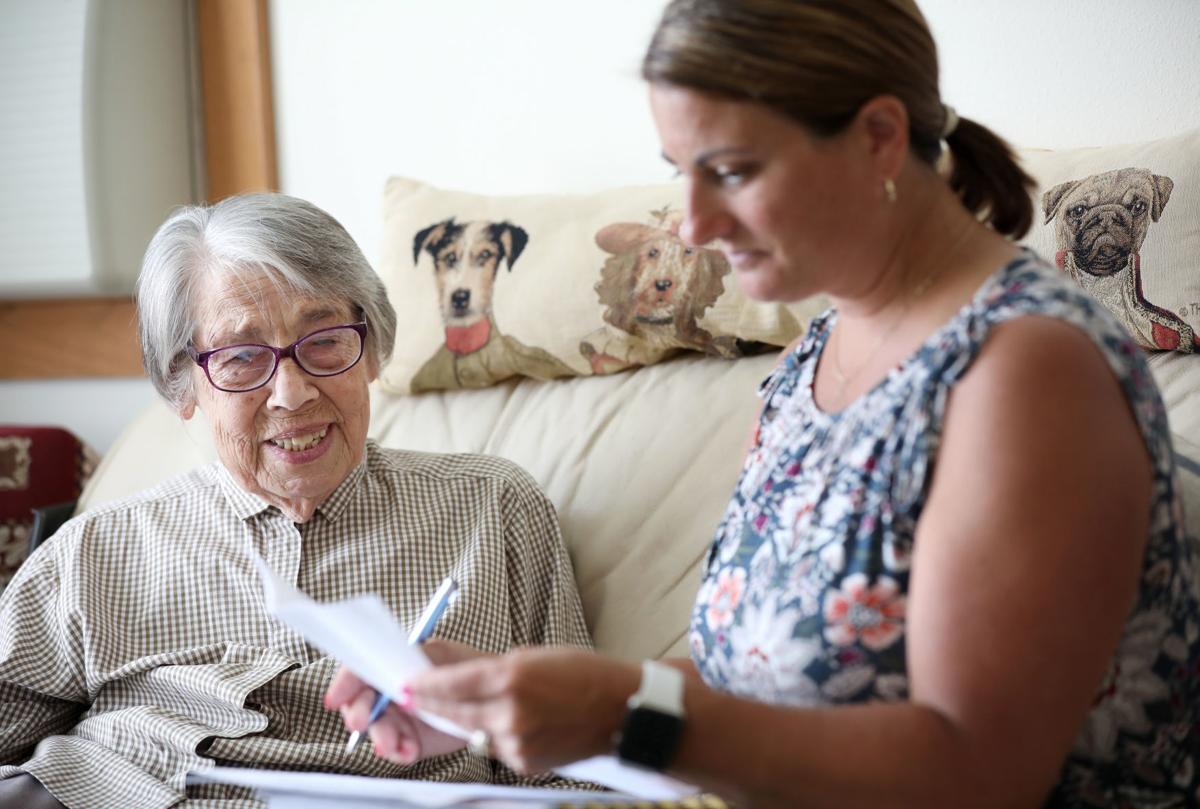