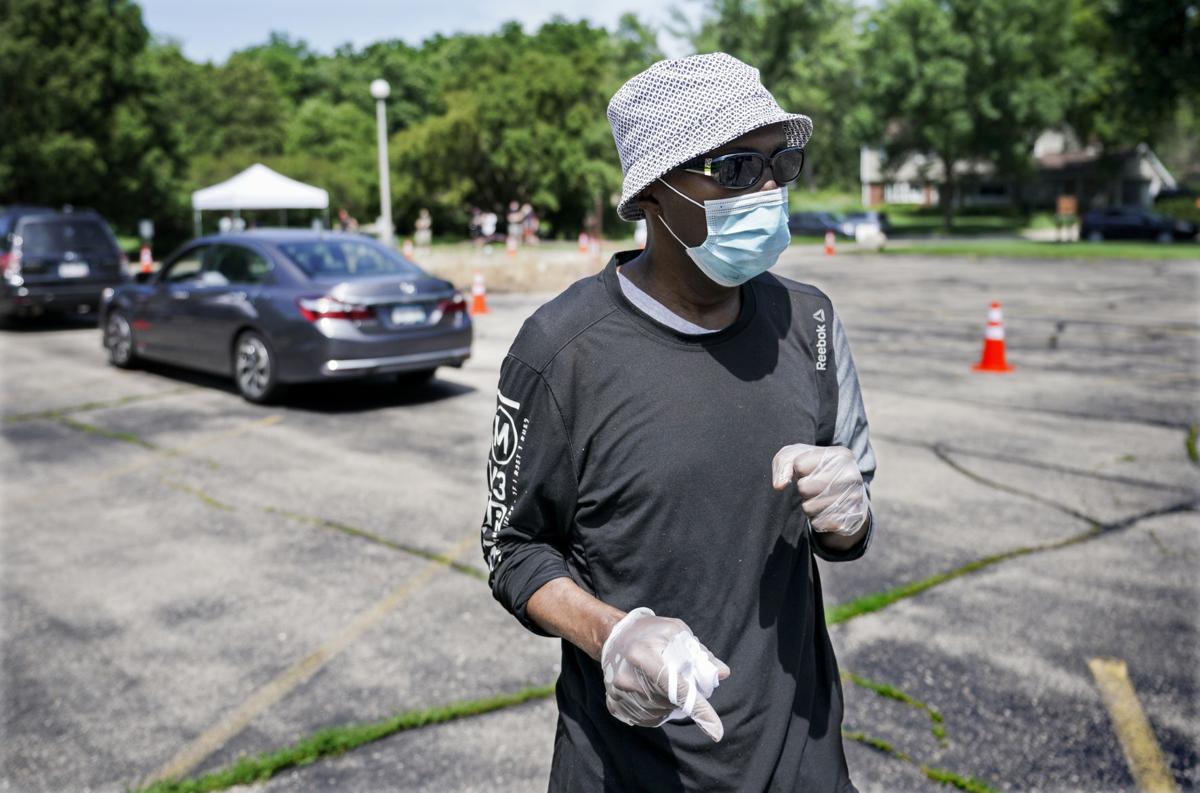 Tutankhamun "Coach" Assad, CEO and founder of the Mellowhood Foundation, visits a neighborhood COVID-19 testing site Tuesday that he helped set up to serve residents on Madison's Southwest Side. 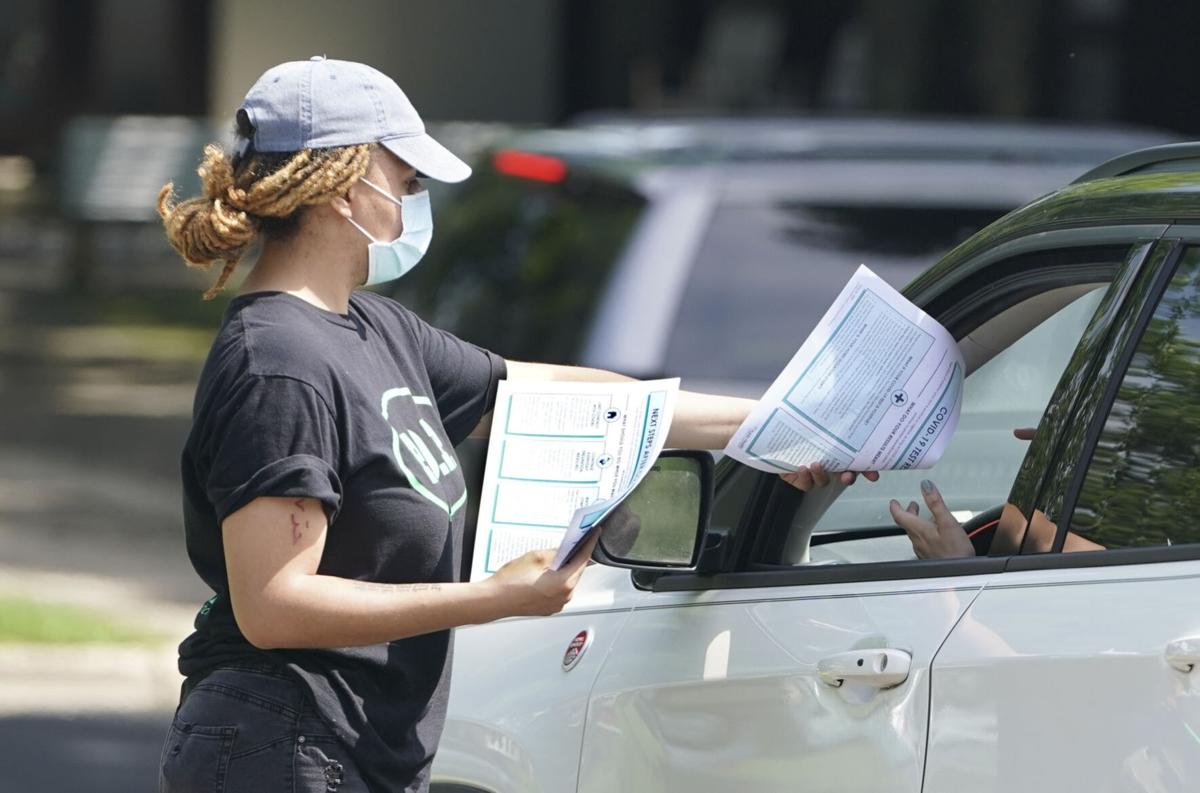 Antalasia Branch hands out information about COVID-19 after people were tested Tuesday.

With the number of new COVID-19 cases per day nearly tripling across Dane County in the past week, a nonprofit on Madison’s Southwest Side is seeking new ways to aid communities of color who are disproportionately impacted by the new coronavirus.

Tutankhamun “Coach” Assad, CEO and founder of the Mellowhood Foundation, which works with youths and families in the Meadowood neighborhood, collaborated with Public Health Madison and Dane County to bring a testing center to the neighborhood.

“The systems are not set up to protect Black and brown folks, so you’ve got to be in charge of protecting yourself, and that’s not the way it should be but that’s the reality of it,” Assad said. “Oppression permeates, it’s entrenched and it’s systematic, so health inequity is going to impact us more than anybody and it always has.”

In Wisconsin, COVID-19 has further exposed the existing health disparities for Black people, with 23% of the deaths and 18% of total COVID cases among Black people in a state where they represent less than 7% of the population.

The testing site, located at Orchard Ridge United Church of Christ, aims to create a more welcoming and inclusive environment for area residents by not only providing more staff members of color but also not requiring visitors to provide identification when getting tested and spreading the word about COVID-19 prevention. Testing at the location runs through Friday.

“Our main goal was to get more Black and brown people in our communities tested,” said Elizabeth Borchardt, a Mellowhood staff member. “A lot of them may have barriers to getting to the other testing sites or they may be intimidated by the National Guard at the Alliant Energy Center, so Coach came up with the idea of bringing the testing to them where they feel comfortable.”

Serving and aiding people of color has remained a topic of concern for public health officials and local leaders alike, as tensions continue to grow following the death of George Floyd and the protests that followed.

“We recognize that when we set up the Alliant Energy Center site, while it’s great as a large testing site for a mass operation to take place, it didn’t have that cultural competency and it wasn’t super accessible,” said Aurielle Smith, who leads Public Health’s Policy, Planning and Evaluation division.

By providing a space in which community members are encouraged to ask questions, to say what’s been stopping them from getting tested and create a more positive attitude toward testing, she said, site leaders hope to minimize fear.

“We’ve done a few tests where people have been anxious about testing so we let them watch us get tested,” Smith said. “I think the more we talk about testing and the more people share their experience about testing, the less fear will continue in our communities.”

In addition to serving the African American community, Assad said he hopes to expand the service to other communities of color like the Latino community, which accounts for 11% of COVID-19 deaths and 31% of cases in Wisconsin.

“Our people’s reluctance to get tested is because they are in an environment that says, ‘I’m going to treat you with disrespect and I’m going to be punitive, but I want you to adhere to everything I say,’” Assad said. “We can no longer do that. We must respect all people and invite them to an environment in a way that makes people feel recognized.”

As of Tuesday, 293 people had been tested at the site.

How to get tested

The Orchard Ridge United Church of Christ testing site will be open daily through Friday.

Little evidence that protests spread COVID-19 coronavirus in US

If the protests had driven an explosion in cases the jumps would have become apparent within two weeks. But that didn't happen.

Tutankhamun "Coach" Assad, CEO and founder of the Mellowhood Foundation, visits a neighborhood COVID-19 testing site Tuesday that he helped set up to serve residents on Madison's Southwest Side.

Antalasia Branch hands out information about COVID-19 after people were tested Tuesday.