Jake Baggott doesn’t remember precisely where he was or on what day he first heard the term “COVID-19,” but the coronavirus has since consumed most of his waking hours.

As UW-Madison’s executive director of University Health Services, Baggott, 56, plays a key role in leading the campus community through the pandemic.

Baggott stood alongside Chancellor Rebecca Blank at a March news conference when she explained the extraordinary steps UW-Madison would take to reduce the spread of COVID-19: Classes moved online, dorms emptied within days, and most employees began working from home.

Baggott will perhaps play an even more important role this fall when tens of thousands of people return to campus after nearly six months away and the pandemic continues with no vaccine in sight. He will oversee or assist in critical aspects of the university’s “Smart Restart” plan, such as offering free testing, tracing the contacts of those who get sick and quarantining on-campus students infected with the virus.

Baggott, who lives in Stoughton, began working for UW-Madison in May 2019. With more than 30 years of experience in student health, he has deep familiarity with how a campus should respond to more common communicable diseases, such as measles and meningitis. But Baggott also said he and his college health colleagues across the country have been preparing for pandemics since the outbreaks of SARS in 2003 and H1N1 in 2009-10.

“A pandemic is a whole new animal, but it’s not unfamiliar to us,” he said.

Tell me about the early months of pandemic preparation before everything changed mid-March. Were you concerned right off the bat?

That feels like a lifetime ago, actually. I was tracking it and watching what was happening on the news and starting to think in my mind about what that might mean or what implications that might have for our campus community. I’ve been in this work for quite a long time and so we’ve watched those kinds of events develop. Some of them come much more quickly, much more seriously. In the early stages here, there was just really a lack of information about what it meant and how it was behaving.

The general public really realized the gravity of COVID-19 in mid-March. But as someone who follows this much more closely, when did that shift happen for you?

Probably mid- to late February it became apparent this was something. It might have even been sooner than that. We started recognizing this was something that may reach our shores and in our country and that it’s going to impact our community.

Oh, those visions came later in March, for sure. In those early days and weeks, there was daily activity essentially seven days a week at the EOC (Emergency Operations Center). When it was initially activated, I served as one of the co-incident commanders along with UW-Madison Police Chief Kristen Roman. And the EOC continues to meet. It still is operational at a different level and tempo but it is still very much an active work in progress. Typically, emergency operation centers don’t run for long periods of time. But because of the nature of this particular set of circumstances, it’s ongoing work.

The days leading up to the announcement of classes moving online — what was that like for you?

That period of time, it felt like non-stop. Certainly in the early days, it felt like it was a 24-7 job. The reality is nobody can sustain that and still be effective. We had to kind of figure out a rhythm of rotation around the work and share those responsibilities. Because we recognized that this was going to be something we’re going to deal with for weeks and months to come at that point.

There were so many aspects of the university’s operations that changed practically overnight. Which of the ones you wrestled with stands out as the most consequential?

The decision to not return from spring break for classes in-person was a really important pivotal position. That did set the stage for the balance of the semester. That was a huge decision.

What has your day-to-day life looked like since everyone started working from home?

I think most of us that are involved in the work of planning or moving forward find ourselves in back-to-back WebEx meetings of one kind or the other and because of the complexity of the institution, there’s a lot of overlap in in that work. There’s a lot of stakeholders.

Have you experienced so-called “Zoom fatigue”?

Prior to the current environment when we were having regular meetings and doing the work that the institution does, I frequently would walk from one building to the other. I walked up Bascom Hill to meet with leadership there or to other parts of the campus. With a WebEx online format, there’s very little transition time between that so I’ve had to remind myself again how to get my steps in in other ways and have that sort of mental break period between really important discussions. One of the things that I’ve had to learn to do is to protect some time for personal self-care. And that’s hard to do in the early days of a crisis but you have to figure it out. I make sure I spend time with my wife on weekends. One of the things we both enjoy doing is we have horses. There’s something therapeutic about cleaning a stall and spending time with horses.

Is the planning involved in reopening campus much more complex than shutting it down?

Certainly from my perspective, it is. We didn’t have the luxury of much time in terms of making a decision about it about shifting to online services and we want to be very thoughtful and strategic about how we come back to to a more in-person presence for for the fall.

“A pandemic is a whole new animal, but it’s not unfamiliar to us.”

"A pandemic is a whole new animal, but it's not unfamiliar to us."

'Protecting the health and welfare': Cleaners stressing need for disinfecting during COVID-19

Madison cleaning companies, such as KleenMark and Facility Pros, are prioritizing disinfecting high-touch surfaces over simple cleaning tasks, such as emptying trash cans. 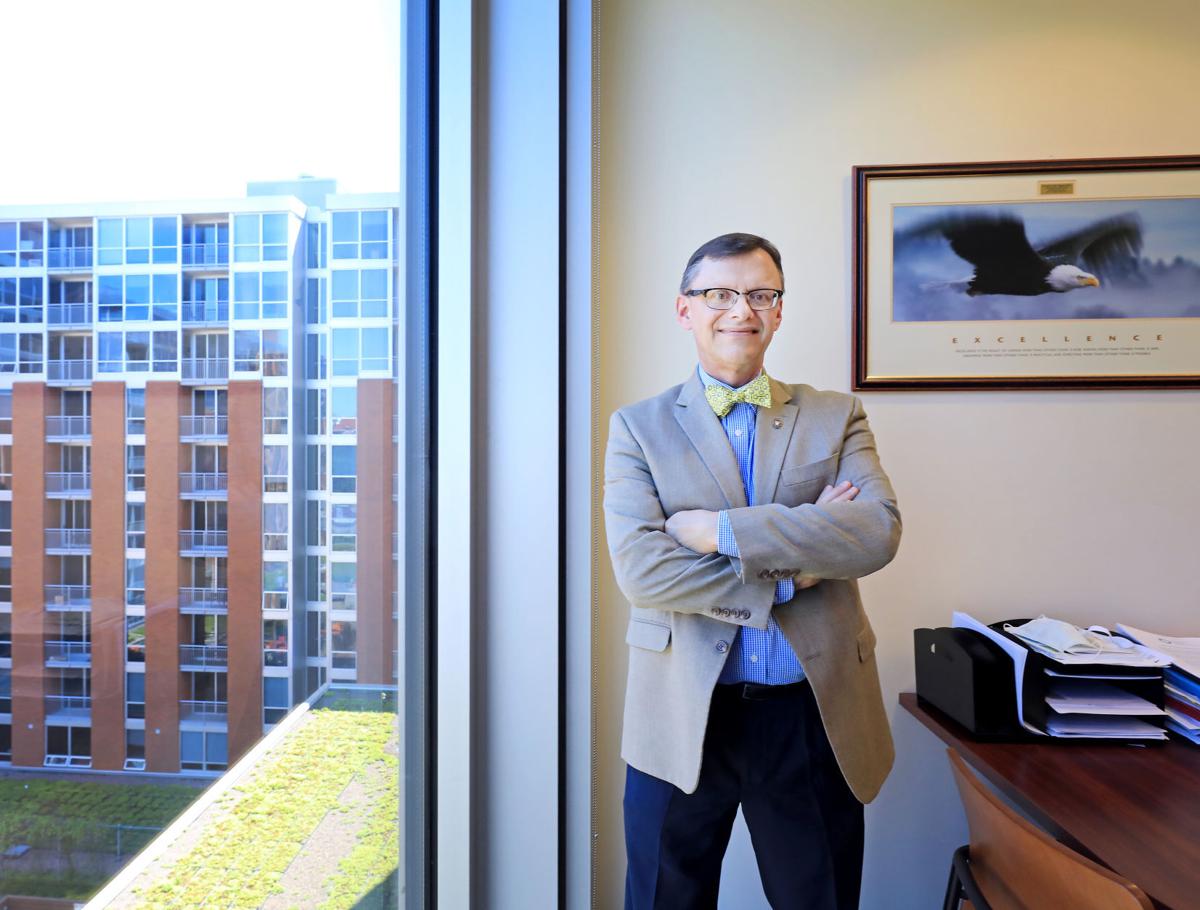 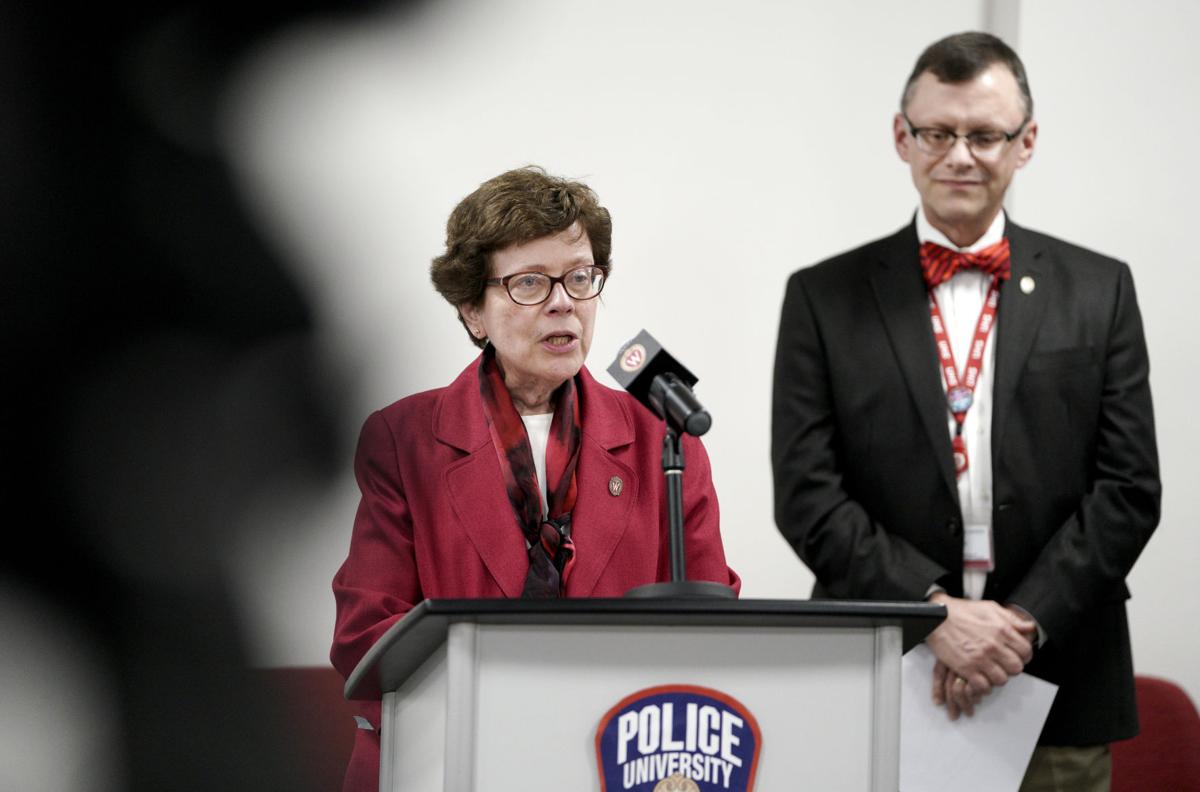