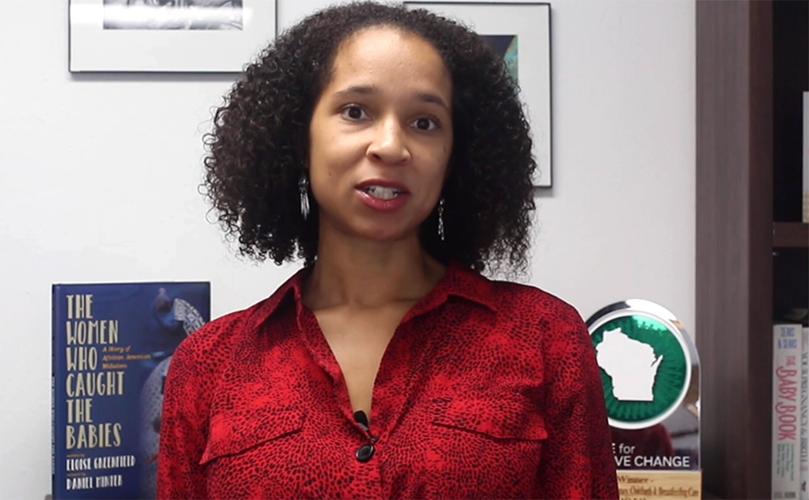 Tia Murray is founder and CEO of Harambee Village Doulas. 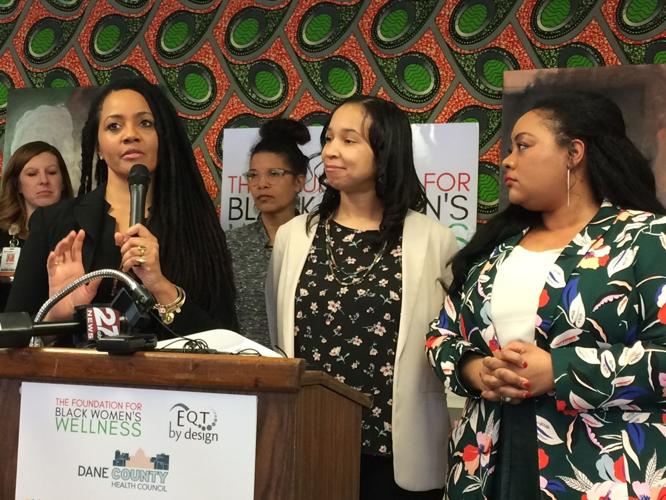 Born and raised in Madison, Tia Murray is founder and CEO of Harambee Village Doulas, which provides support before, during and after childbirth to families, mostly in communities of color.

Based near the Dane County Regional Airport, Harambee was started in 2014 to continue work addressing racial disparities in maternal and child health done by the South Madison Health and Family Center-Harambee. That center closed in 2010 amid declining funding.

Harambee is raising money to establish a freestanding birth center on Madison’s South Side, similar to the Madison Birth Center, run by midwives, which closed in 2013. The agency last year convinced SSM Health St. Mary’s Hospital to allow doulas, which had been allowed in birthing suites with delivering mothers, to accompany mothers in operating rooms during Cesarean section births as part of the care team. It has made the same request at UnityPoint Health-Meriter, but Meriter said it allows doulas only as the mother’s single “support person” in the OR.

Harambee late last year received most of a $100,000 state grant to expand its services and explore ways of establishing Medicaid reimbursement for doulas through a prenatal care coordination benefit. The agency, which has trained more than 50 doulas, has about eight to 15 regular doulas who help with about 75 to 100 births a year. A resource center assists more families.

Murray, 34, has five children, ages 16 years to 20 months. She lives with her partner, Jesse Rogers, on Madison’s Far East Side, where her school-aged children attend Sun Prairie schools. She got a bachelor’s degree in sociology from UW-Madison, where she is pursuing a master’s and a Ph.D. in human ecology.

In her rare spare time, Murray enjoys outdoor activities with her family, such as disc golf and birding.

What is a doula and how is the role different from a midwife?

A doula is a trained peri health professional who is nonclinical. They provide social, informational and physical support to birthing bodies during their pregnancies, labor and post-partum and parenting journeys. We don’t “catch” the babies (during delivery) like the midwives do. We don’t do vaginal exams like a midwife would. But we come from that same birthing-person-centered model of care, as opposed to an obstetrical model, which is more medical.

We support the families by filling in the social and emotional gaps, and provide physical support during labor and childbirth.

How and why did you become a doula?

I discovered doula work after having pre care for my fourth baby with a lovely home birth midwife, Tehmina Islam at Access Midwifery. She provided a dignified, quality type of maternity care. A “Race to Equity” report that had come out highlighted all the inequities in Dane County. The infant mortality data spoke volumes to me. There’s no reason that should be happening in our backyard. I felt a calling to do something about the issue. I felt doula work would position me to work on social and reproductive justice.

With my first birth, in the hospital, a lactation support person said my breasts were too big to breastfeed. It’s things like that that make young moms, particularly Black and brown moms, doubt their ability. After a midwife from the birth center came to my home and supported me, I successfully breastfed my son for two years. It’s things like that that make all of the difference in birth outcomes.

How and why did you start Harambee Village Doulas?

We wanted to bring back the model of (the South Madison Health and Family Center-Harambee). The center had a huge impact on family outcomes. We also wanted to create a hub for doulas like ourselves who were struggling. We have to build the community capacity, and we also have to work on the policy and system and environmental changes, like our Medicaid policy work.

How much does it cost to hire a doula?

It can range from $500 to $3,500. Practices have different packages of services, and doulas have different levels of experience. A basic package usually consists of two or three pre visits. The doula is on call for their birth and they stay with them throughout their birth. Then there’s two or three postpartum visits. At the village, we are working to eliminate that financial barrier because oftentimes doula services are unaffordable.

What are the main challenges to improving infant mortality and maternal health among African Americans in the Madison area?

Oftentimes it’s overlooked, but the main challenge really is systemic, pervasive racism. That’s why we see the inequities that we see. It’s a man-made issue; that gives me hope that we can turn it around. But often what’s happening locally is we throw around money, resources that don’t really make it into the community. We’re masking the system changes that we have to have.

Until we do things differently when we talk about intervening in respect to Black infant mortality here, we’re going to continue to see the same results.

What more needs to be done here?

Doulas are not the silver bullet. We’re part of the solution. We have to address the systemic, pervasive racism and the unique set of violence that has happened to Black women’s bodies since we were brought here 400 years ago. Until we grapple with that, we will continue to scratch our heads about the way these inequities are exponentially on the rise.

Black women's health and wellness center to open in Madison

Know Your Madisonian: Ms. Wheelchair Wisconsin is 'all about advocacy'

"Even though I’m in a seated position, I never sit down," says Autumn Neugent, who was diagnosed with multiple sclerosis 10 years ago.

Dr. Sean Ackerman recently released “The Madness & the Mandolin,” a film about a young man who has manic episodes and autism and is treated mostly with exercise, meditation and music.

The new Institute for Collective Wellbeing will hold an online kick-off event this week.

The COVID-19 pandemic has underscored differences among racial and ethnic groups, with inequities also including rural and urban gaps.

The Hispanic infant mortality rate is now highest of any group, including Blacks, for which the level has long been high.

Midwife service at St. Mary's Hospital to end in December

The program, started in 2018, wasn't sustainable, officials said. Midwives are still an option at Meriter Hospital.

Midwives employed by SSM Health will continue to be available at the hospital, officials said.

At least 25 women in the state die annually within a year of pregnancy, the state health department says.

Ron Ladell, 62, has worked at what now is Capitol Lakes retirement community in Downtown Madison for more than 45 years.

The move is part of an effort to reduce infant mortality and improve maternal health.

Ingrid Andersson's "Jordermoder: Poems of a Midwife" was published this year.

Tia Murray is founder and CEO of Harambee Village Doulas.