From what his parents know, Cade Reddington bought what he thought was a Percocet, an opioid pain pill, from someone at a bar.

The next day, Nov. 4, the 18-year-old UW-Milwaukee freshman who graduated from Waunakee High School last spring was dead from a drug overdose. According to his death certificate, he had ingested fentanyl.

Logan Rachwal, 19, also bought what he thought were Percocet pills, according to his mother and a police report. He died from an overdose in February, a UW-Milwaukee freshman from the same dorm. His death certificate also cites fentanyl.

With Wisconsin and the nation facing a record number of overdose deaths — many involving illicit, highly lethal amounts of the opioid fentanyl mixed into other drugs, often without users knowing it — parents of the two students say college campuses need to sound the alarm. Roommates and others who saw Reddington and Rachwal passed out didn’t seek proper help because they weren’t fully aware of the danger or feared getting into trouble, the parents say.

“These kids need to be better educated,” said Michelle Kullmann, of Waunakee, Reddington’s mother. “It’s a public health crisis, and people are not talking about it.”

No time to lose: Finding rare diseases in infants

UW-Milwaukee “has long had a robust alcohol and drug education program,” including an online course for students before classes begin, sessions during fall orientation, dorm presentations, regular communication about the topic and other components, spokesperson John Schumacher said.

“We cannot comment on situations involving specific students, but we are saddened any time a student dies,” Schumacher said in a statement. “We encourage any student who may be struggling with alcohol or using illegal drugs to seek treatment.”

He declined to say how many other opioid overdose deaths involving students at the campus have occurred in recent years.

At UW-Madison, “we communicate directly with students each semester about campus policies on alcohol and illicit drugs as well as resources for getting help,” spokesperson Meredith McGlone said in a statement.

UW-Madison had 21 deaths of degree-seeking students caused by alcohol or other drug abuse from 2000 to 2018, the latest year for which statistics are available, McGlone said. Seven were classified as suicide and 14 as unintentional overdoses, she said.

Kullmann said Narcan kits should be more available on all campuses and fentanyl testing strips, which can identify fentanyl in drugs, should be decriminalized, as proposed in a bill before the state Legislature. The Dane County Board is considering a resolution to make the testing strips available to residents.

“It’s so out of control, and we need so much more public awareness,” Kullmann said.

She and Rachwal said they want UW-Milwaukee to inform students about how their sons died and how to respond to overdoses. A Dec. 1 campuswide email mentioned the steady rise in drug overdose deaths nationally, as the fifth of nine items, but said nothing about the two campus deaths.

Schumacher said campus events planned for next semester include “coffee with a cop” conversations about drug overdose prevention and response with police officers in Sandburg Hall, where Reddington and Rachwal lived.

He said campus officers carry Narcan and use it when needed. “Discussions about the expansion of Narcan accessibility on campus are occurring internally,” he said.

UW-Madison officers also carry Narcan, and University Health Services offers a Badger Recovery program for students struggling with substance abuse, McGlone said. Although opioid use is a growing concern, less than 1% of UW–Madison students reported recent misuse of opioids in a 2018-19 study, she said.

“We currently don’t have these (Narcan) kits in residence halls, but have seen the (UW-Oshkosh) program and continue to evaluate the utility of doing so,” McGlone said. “We don’t know that we’ve had examples of overdoses in our residence halls where these would have immediately been used.”

Amid the COVID-19 pandemic, drug overdose deaths have soared nationwide. From April 2020 to April 2021, a record 100,000 Americans died from drug overdoses, the Centers for Disease Control and Prevention said in November.

Wisconsin had a record 1,226 opioid overdoses deaths in 2020, 34% higher than any previous year. As of this week, the state reported 911 opioid overdose deaths this year, which is likely a significant undercount as many death certificates don’t come in for six months or more, state Department of Health Services spokesperson Elizabeth Goodsitt said.

Kullmann, who owns Play it Again Sports on Madison’s West Side, said her son vaped, used pills such as the stimulant Adderall and drank while in high school. After being cited for drunken driving and underage drinking, he attended Narcotics Anonymous meetings.

He was a wrestler and wanted to go into the National Guard, pursuits his mother thought had recently kept him away from drugs. On a trip to Washington, D.C., in October, a few weeks before he died, she was with him around the clock. “I had no indication he was doing any drugs,” she said.

David Reddington, Kullmann’s ex-husband and Cade’s father, said he was also unaware of the extent of his son’s drug use. “I was ignorant,” said the insurance adjuster, who lives in Waunakee. “Opioid crisis? What’s that? That’s somebody else.”

Rachwal said her son’s drug use had caused some strain in their relationship, but she, too, didn’t realize he was abusing opioids potentially mixed with fentanyl. “We would not support what we thought he was doing, which was marijuana,” she said.

Reddington died from acute drug intoxication involving fentanyl and ethanol, or alcohol, according to his death certificate. The students didn’t know one another.

Rachwal, a therapist who works with children and teens, read online about Reddington’s death, not knowing he had also been at UW-Milwaukee. She reached out to Kullmann and they met, only to realize their sons had lived in the same dorm.

They want to do what they can to prevent more students — at UW-Milwaukee and elsewhere — from dying from drug overdoses.

“There’s a lack of education on the extreme issue that this is,” Kullmann said. “The education is not happening fast enough.”

Watch now: Rural Wisconsin hospitals 'burning on the inside' with COVID-19 surge

The hospital in Medford, like others, is feeling the strain, with no end in sight.

"We are struggling to accommodate the volume of patients we’re seeing," a UW Health doctor said.

The bill would make insurance companies cover fertility treatments, as is mandated in 19 states including Illinois.

The 6,477 new cases were the most since November 2020, before vaccines were available.

"One use literally can kill you," Sup. Anthony Gray said of fentanyl. "This is about saving lives."

Democratic Gov. Tony Evers, who has repeatedly clashed with Republican legislators on COVID-19 policies, would almost certainly veto the bill.

A dozen online listening sessions on how to spend the money come as the state faces record opioid overdose deaths. 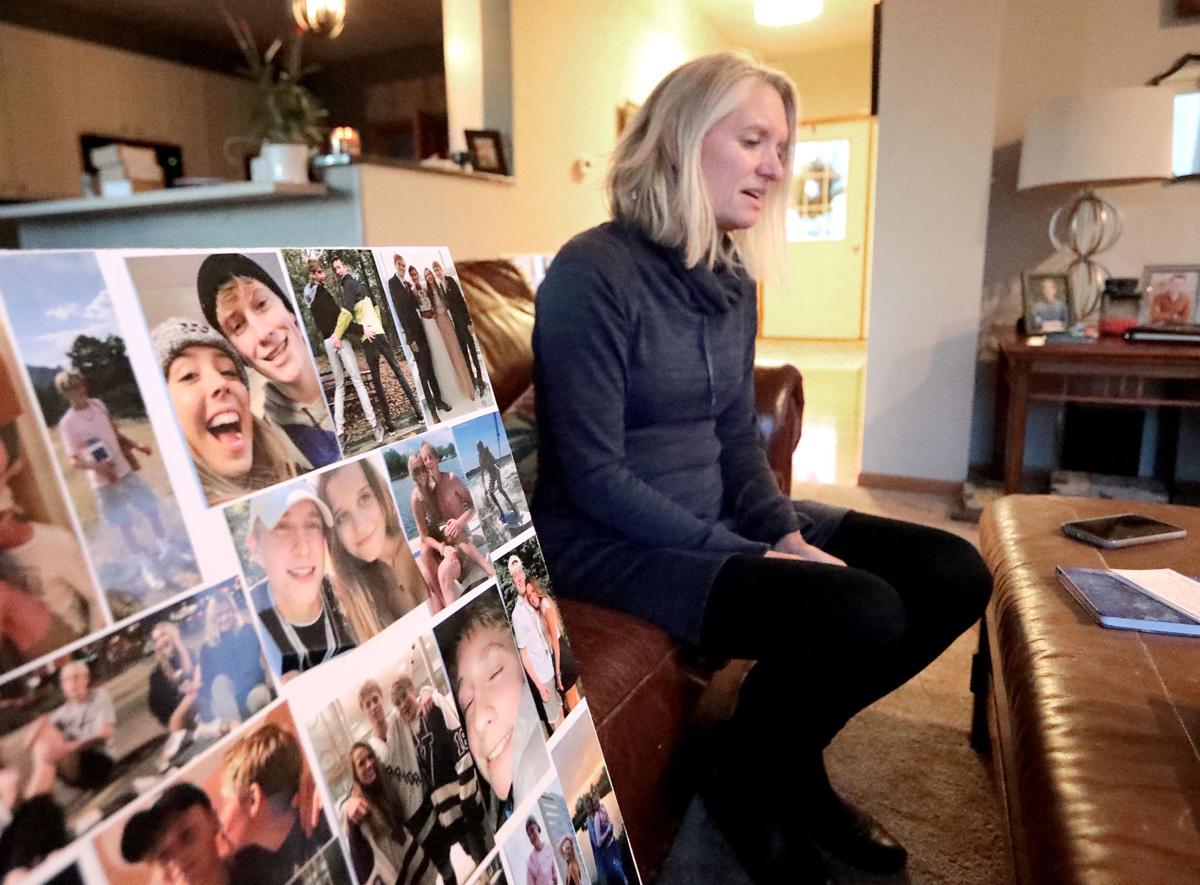 Michelle Kullmann's son, Cade Reddington, died at age 18 in November from a drug overdose involving fentanyl, an opioid causing an increasing number of deaths. The Waunakee woman said campuses like UW-Milwaukee, where Cade was a freshman, need to educate students more about the danger. 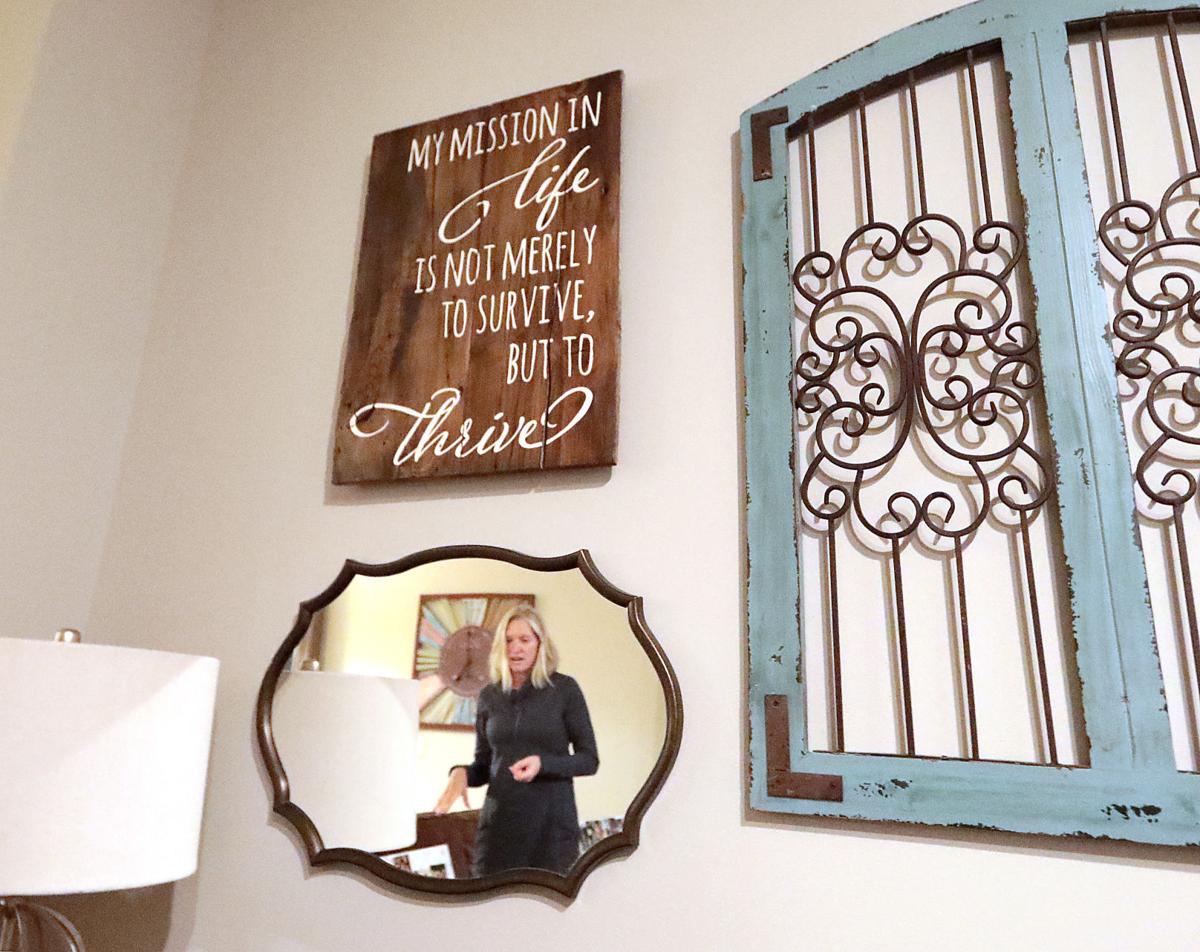 Michelle Kullmann, of Waunakee, said she's trying to raise awareness of the danger of opioids, including fentanyl, which her 18-year-old son ingested in a deadly overdose last month. 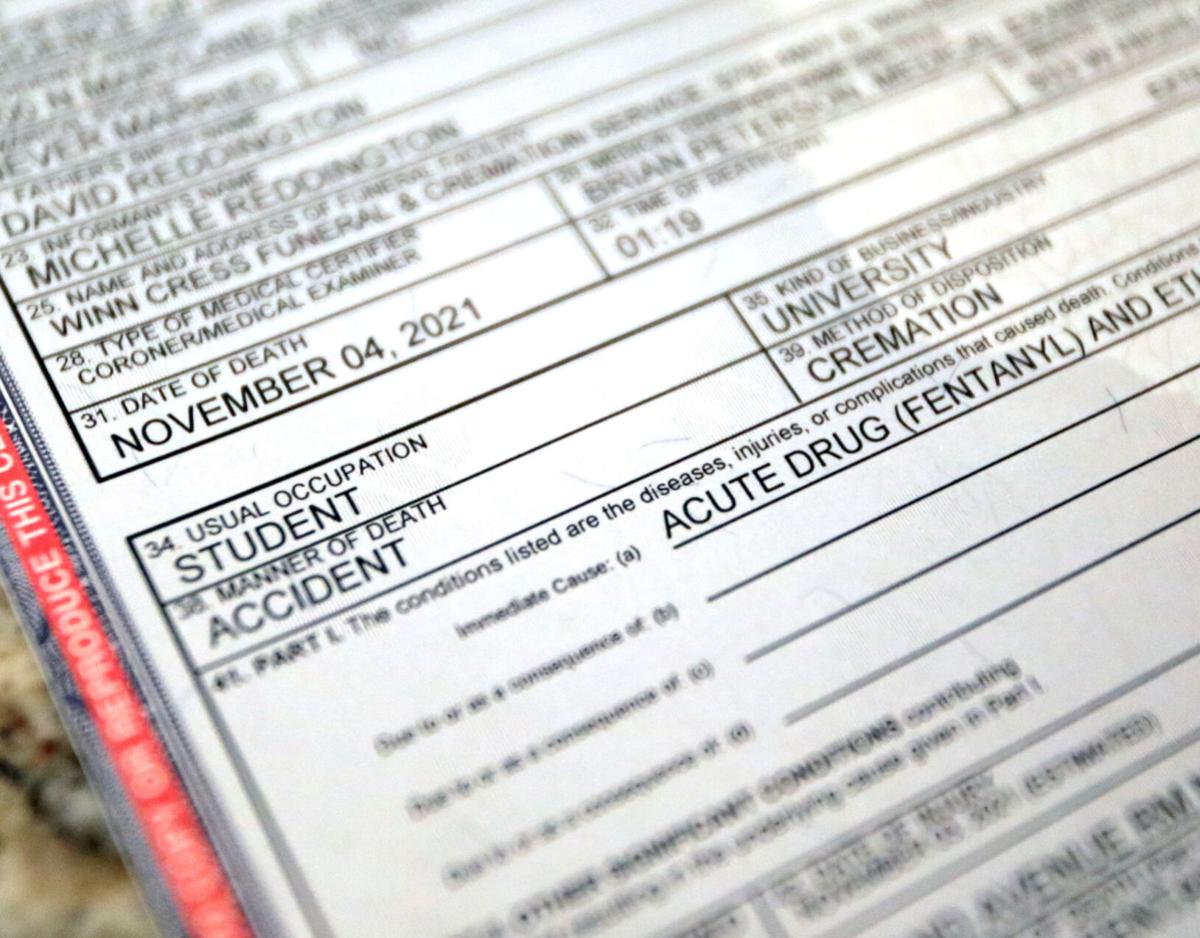 Cade Reddington, who graduated from Waunakee High School this past spring, died from a drug overdose involving fentanyl and alcohol on Nov. 4, according to his death certificate. 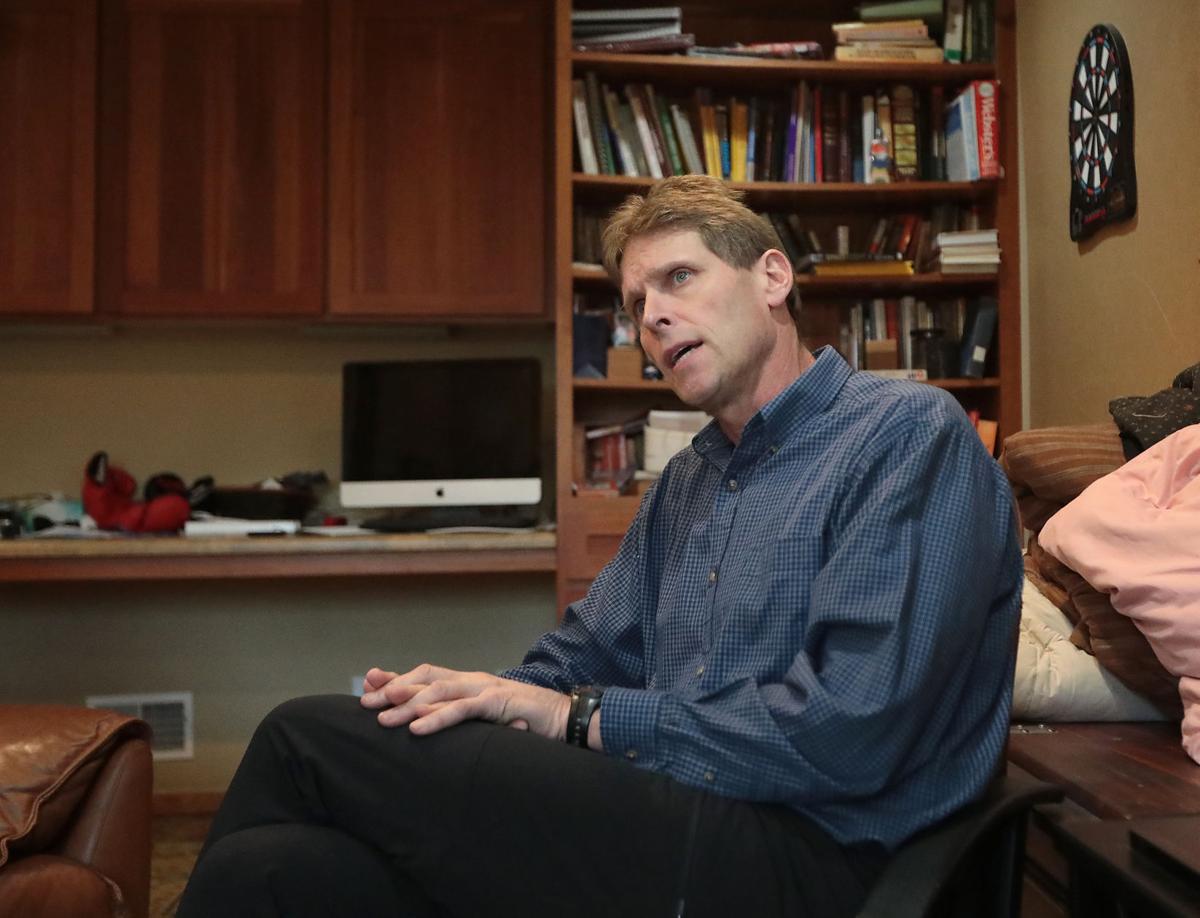 David Reddington, whose 18-year-old son Cade died last month from a drug overdose involving fentanyl, said he didn't know how dangerous fentanyl-laced drugs can be. "I had no knowledge that one pill could kill somebody," he said. 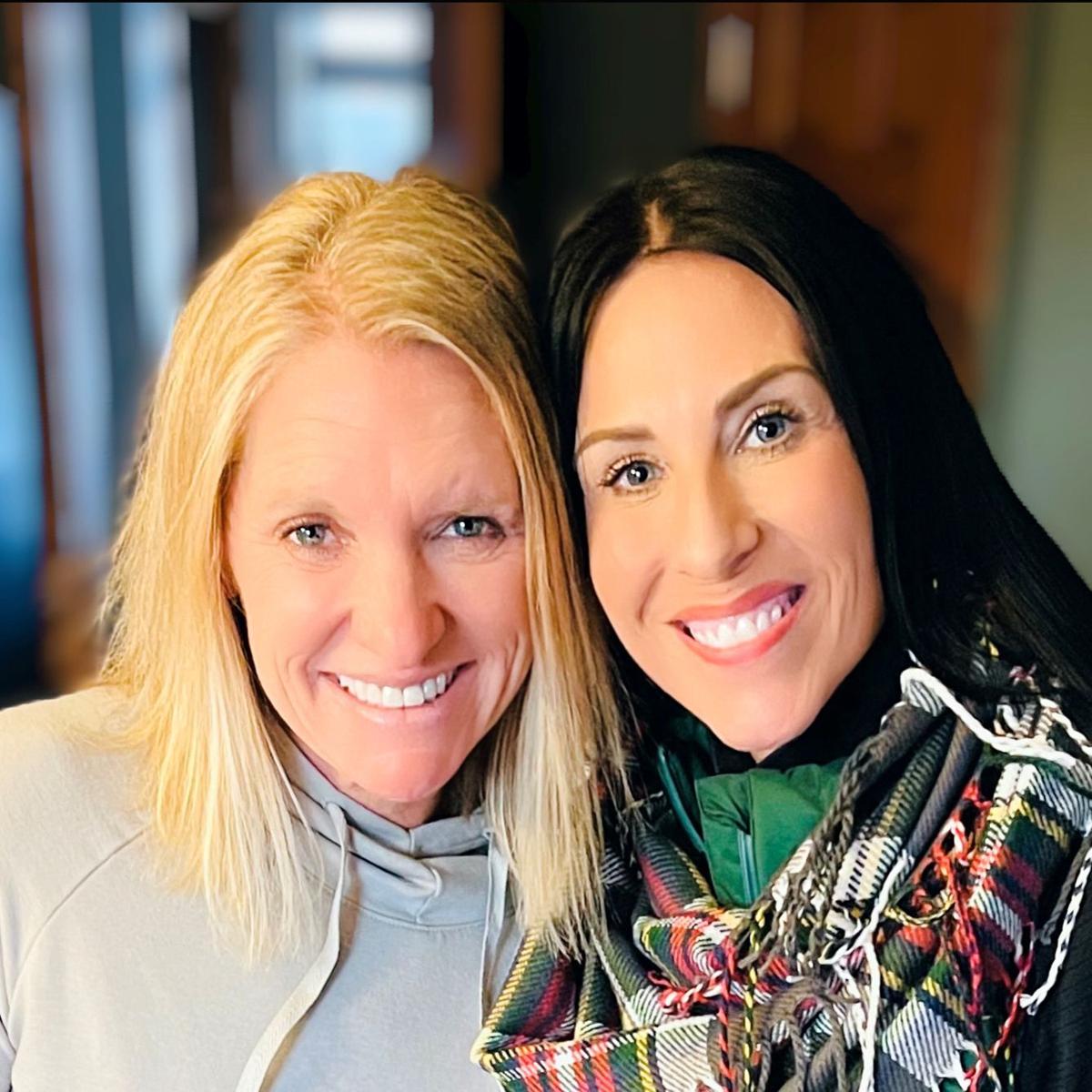 Michelle Kullmann, left, and Erin Rachwal lost their sons, who were UW-Milwaukee students, to drug overdoses involving fentanyl this year. 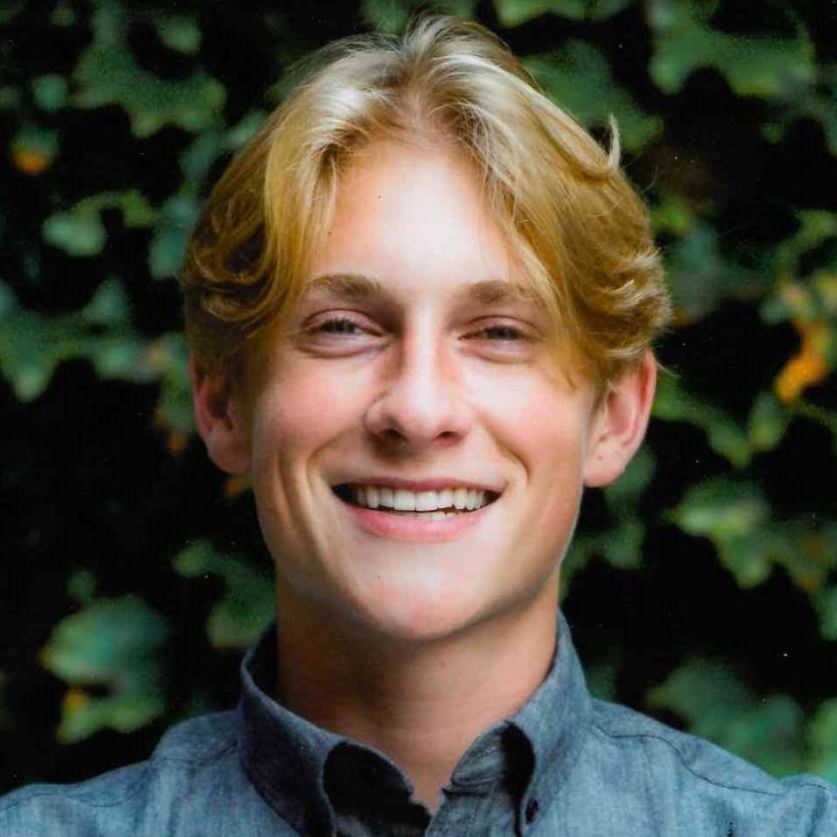 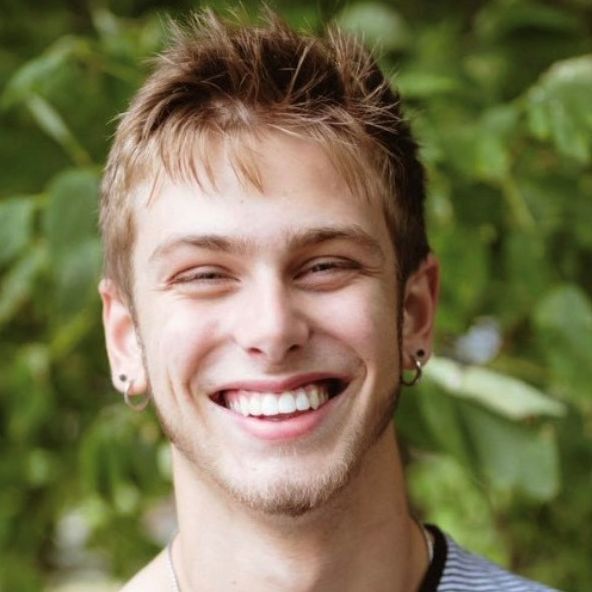