A 16-year-old from Fort Atkinson, who developed chemical pneumonia from vaping and required a machine to help him breathe, has a message for others using e-cigarettes: Stop.

“I came very close to dying, and I have suffered lifelong damage to my lungs,” Logan Krahn said Thursday, struggling at times to talk and breathe. “While quitting might seem really difficult, going through this is far worse.”

Krahn, a junior at Fort Atkinson High School, spoke to reporters at UW Health’s American Family Children’s Hospital in Madison, where he was treated. He is one of at least 10 teens or young adults with vaping-related lung injuries seen at UW Health in the past two months, doctors said.

As many as 10 other patients have required surgery in the past few years for burns from exploding vaping devices, UW doctors said.

Nationally, more than 1,000 cases of severe lung injury from vaping have been reported in recent months, including at least 18 deaths. As of Thursday, Wisconsin had 69 cases and was investigating 17 more.

About three-fourths of patients have said they vaped THC, the ingredient in marijuana that causes a high, sometimes along with nicotine, according to the Centers for Disease Control and Prevention.

About 16 percent reported using nicotine alone. In a study of 86 patients in Illinois and Wisconsin, two-thirds said they used prefilled THC cartridges sold with the brand name Dank Vapes.

Substances used with vaping liquids, such as thickeners, could be connected to the problem, health officials say.

Dr. Vivek Balasubramaniam, a pediatric pulmonologist at UW Health, said some previous cases of pneumonia treated in Madison also likely stemmed from vaping. Most patients recover after receiving steroids, but damage can be permanent and impede a person’s maximum lung function, which typically peaks at age 25, he said.

Balasubramaniam said chemical pneumonia, like what Krahn had, is rare in children and typically seen after inhaling toxic vapors or ingesting oil — a characterization similar to what Mayo Clinic researchers reported this week after examining lung tissue from 17 patients nationally.

“Unfortunately, they continue to have signs of ongoing lung injury, with shortness of breath and exercise intolerance,” Balasubramaniam said.

Nicotine can also harm brain development, which continues into a person’s mid-20s, he said. Vaping can cause nicotine addiction and lead to smoking of regular cigarettes, he said.

Parents of middle school and high school students should talk to their children about the risks of vaping, and lawmakers should ban sales of vaping devices and cigarettes to anyone under age 21, he said.

“This is a public health crisis,” Balasubramaniam said.

Vaping — sometimes called “Juuling,” from the name of the leading e-cigarette brand — has been touted as a way for adults who smoke regular cigarettes, which contain cancer-causing byproducts of burning tobacco, to quit.

Dr. Michael Fiore, director of the UW Center for Tobacco Research and Intervention, said it’s better for smokers to try other cessation methods, including counseling, medications such as Chantix and nicotine gum, patches or lozenges.

Adults who vape in an attempt to quit smoking should use e-cigarettes for only a short time “as a bridge” to using neither, Fiore said.

“Do not buy products off the street,” he said. “Do not add to the pods, THC or oils or anything else.”

Among younger people, “nobody should be vaping,” he said.

Krahn said he “thought that Juuling was safer than smoking regular cigarettes,” but “I was wrong.”

He was admitted to Fort Healthcare two weeks ago for dehydration. When his lungs kept filling up with fluid, he was transferred to the children’s hospital in Madison, where he required intensive care.

“I have a long recovery ahead of me, and this experience has changed my life tremendously,” he said.

His mother, Rebecca Krahn, said her son started vaping about a year and a half ago but she wasn’t aware of it until recently. Last month, he started coughing more, and vomiting and diarrhea led to an emergency room visit and hospitalization.

“I was scared, very scared ... not knowing if your son is going to make it or not,” she said.

Her son remains weak, and his long-term prognosis is uncertain. But he convinced two of his close friends to quit vaping and was eager to alert the public to the danger.

“He wants the other kids his age to know that it’s not a joke,” she said. “It’s serious.”

State Journal coverage of Madison's children's hospital over the years

Philadelphia Inquirer: Too many unanswered questions about vaping

Shot from BB gun spiders window of car with mother, daughter inside on North Side, police say

The incident happened in the 1500 block of Troy Drive shortly before 11 p.m. Thursday, police said.

Residents of a nearby home evacuated safely and no injuries were reported in the fire that did an estimated $315,000 damage.

Wisconsin bill seeks to stop anyone under 21 from vaping, smoking

E-cigarette use increased by 154% between 2014 and 2018, according to the Wisconsin Department of Health Services. As of last year, one out of every five students used them, the department said.

With the use of e-cigarettes on the rise among Wisconsin youth, public health and school officials continue to stress the importance of educating students about the risks of using the products that can contain high levels of nicotine.

UW Hospital nurses revive union, ask board to recognize it

UW Hospital nurses, who lost their union five years ago after a 2011 state law ended collective bargaining for state employees, are trying to …

The gleaming, eight-story, 111-bed American Family Children’s Hospital, which opened next to UW Hospital in 2007, is in a different league from the basic, two-story, 40-bed Mary Cornelia Bradley Hospital for the Study of Children’s Disease built during the 1918-1920 influenza pandemic.

Madison students could get an out-of-school suspension for repeatedly using e-cigarettes or vaping devices under proposed changes to the district's disciplinary policy. 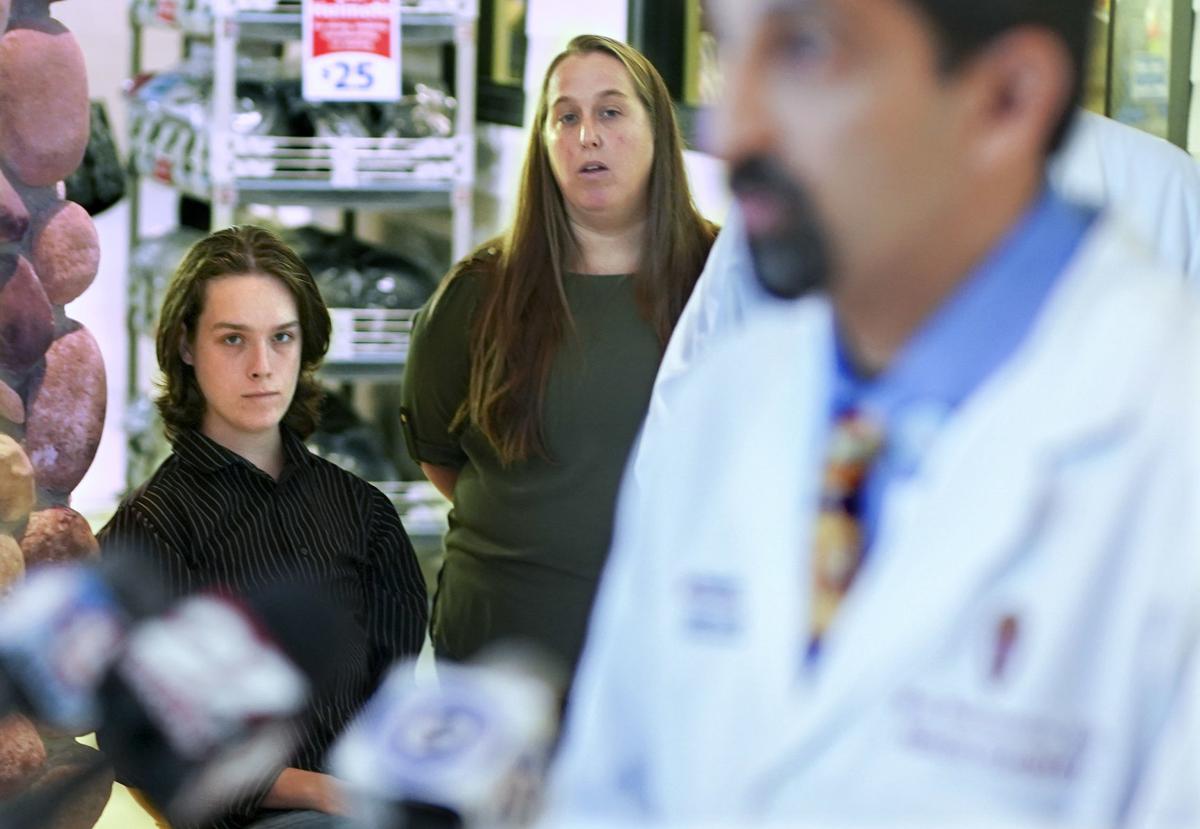 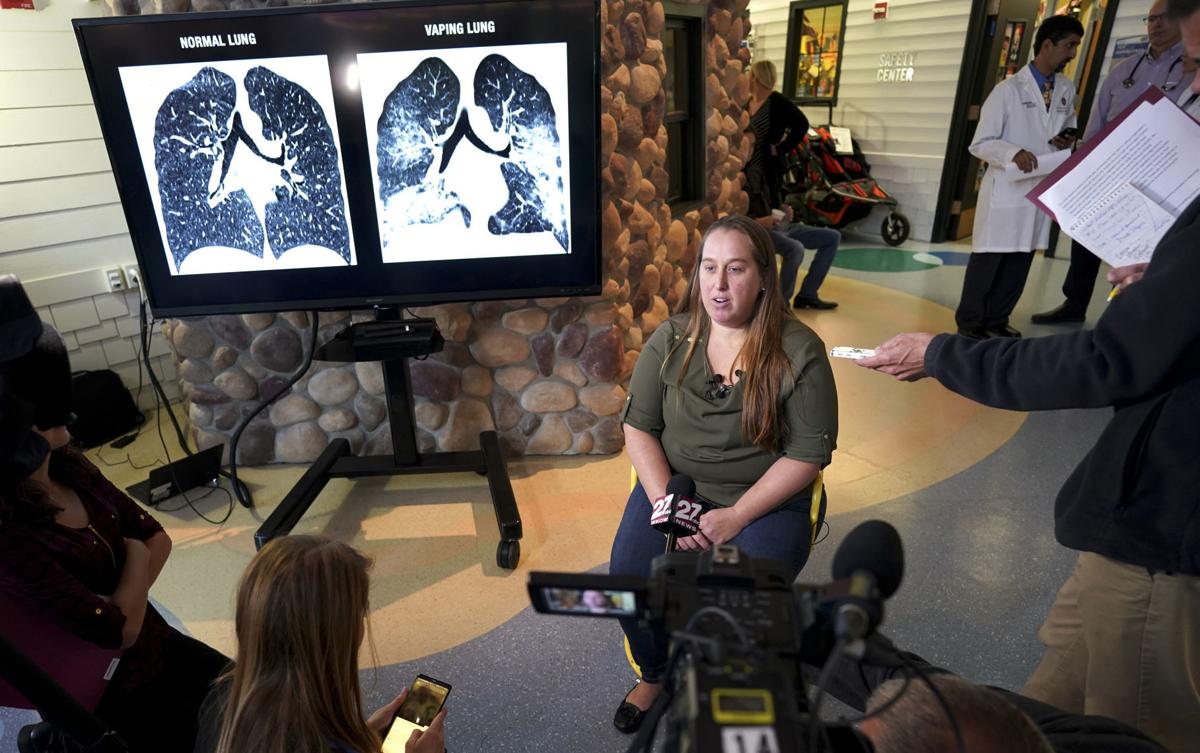 Rebecca Krahn, whose son, Logan Krahn, was hospitalized last week for a severe lung injury from vaping, talks to reporters Thursday at UW Health's American Family Children's Hospital. Behind her are images of a healthy lung and a lung damaged by vaping, with what are known as white infiltrates. 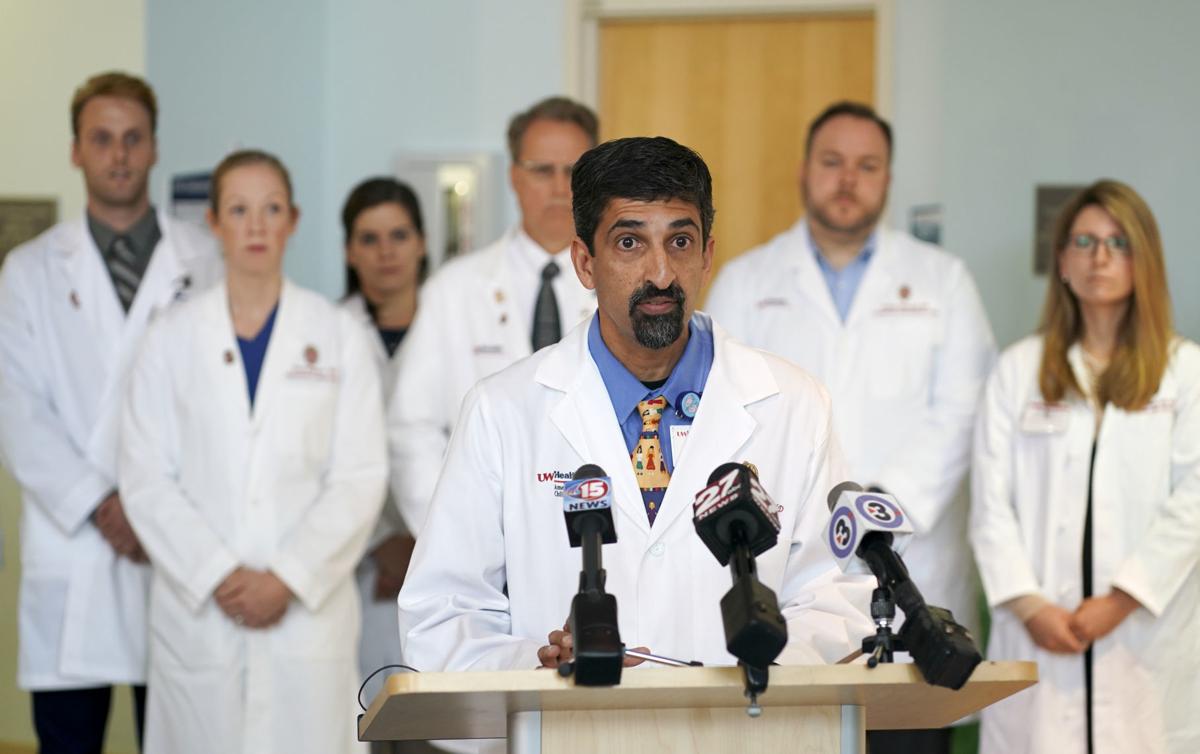 Dr. Vivek Balasubramaniam, a pediatric pulmonologist at UW Health, said severe lung injuries from vaping, like that seen in 16-year-old Logan Krahn, of Fort Atkinson, can cause lifelong damage. "We know these devices are not safe for kids," he said.