When Elaine Schreiber, who has Alzheimer’s disease, asked her husband, former Gov. Martin Schreiber, how her parents were, he said they were dead.

“The shock on her face when she realized maybe she didn’t say goodbye to her parents, that maybe she didn’t even attend the funeral — I promised myself I would never put her through that again,” Schreiber said.

Now if she asks about her parents, I say, ‘Your parents are great,’ he said. ‘Your mom likes working at church, and your dad likes his sports.’ Elaine says, ‘Oh, that makes me feel so happy.’

Schreiber’s 2016 book, “My Two Elaines,” explores the struggles of dementia for those who have it and for their caregivers. In the book and in some 350 talks he has given around the state and the country, he discusses how he handles the topic of his wife’s deceased parents as an example of “therapeutic fibbing.”

It’s one of several lessons Wisconsin’s 39th governor, a Democrat who held the office in 1977-78, shared during a talk last month at the Colonial Club in Sun Prairie.

But he said it took him years to realize that his constant focus on caring for her was worsening his own health, in part from stress and sleep deprivation.

Such hardship sometimes kills caregivers before their ailing loved ones die, Schreiber said. Eventually, he started bringing Elaine to adult day care so he could get a break.

“When there’s a diagnosis of this disease, there are two patients,” he said. “There is the person who is ill, and then there’s also the caregiver.”

Have to let go

Redirection, like therapeutic fibbing, is an important skill he learned. If Elaine wants wine in the morning, he doesn’t say no. He asks if she wants red or white, a small glass or a tall glass, to drink it with her neighbor or her sister. In sorting out the questions, she tends to forget about the wine.

Schreiber said it’s important for caregivers to keep in touch with friends and let them know how they can help. Alzheimer’s, unlike heart disease or hip surgery, isn’t a “chicken casserole disease,” one that leads family and friends to drop by and deliver food, he said. “People don’t know how to handle it.”

In 2015, Schreiber realized he was suffering from what he calls “careheimer’s disease.” He and his four children made the difficult decision to move Elaine to the memory care unit of an assisted living facility in Milwaukee. It’s about 10 miles from his condo and not far from Milwaukee Lutheran High School, where he and Elaine met as students in 1953 before marrying eight years later.

He visits her most days and sees that she’s getting better care, now that she’s in the late stages of the disease, than he could provide at home.

Photos from a Special Report | Fading away: Wisconsin's dementia crisis

The expected increase of people with dementia, coupled with a caregiver shortage hitting rural areas especially hard, presents a growing challenge in Wisconsin. Here are images from a Special Report | Fading Away: Wisconsin's dementia crisis. Check back Monday and Tuesday for more stories in this series.

Mary and Don at pumpkin painting

Bill and Jacqui outside of their home

Jacqui and Bill at casino

Tammy with Frances in Eagle River

Doreen on phone with Lyle

Sara Tirner doing yoga with others

Karen and Barb before PET scan

Video: Caring for a wife with dementia in rural Wisconsin

Bill Cadotte is a caregiver for his wife, Jacqui, who has dementia, at their home on the Lac Courte Oreilles reservation near Hayward.

Don Moran has dementia and is cared for by his wife, Mary, at their apartment in Cottage Grove.

Shot fired at person after fight at East Side gas station, police say

No injuries were reported, but Madison police found a shell casing on the scene at an East Side Mobil gas station and video evidence confirming the shooting.

State expands dementia care specialists, but not in Vilas and Oneida counties

The state Department of Health Services has expanded a dementia-care specialist program, adding eight workers who will operate in 22 counties,… 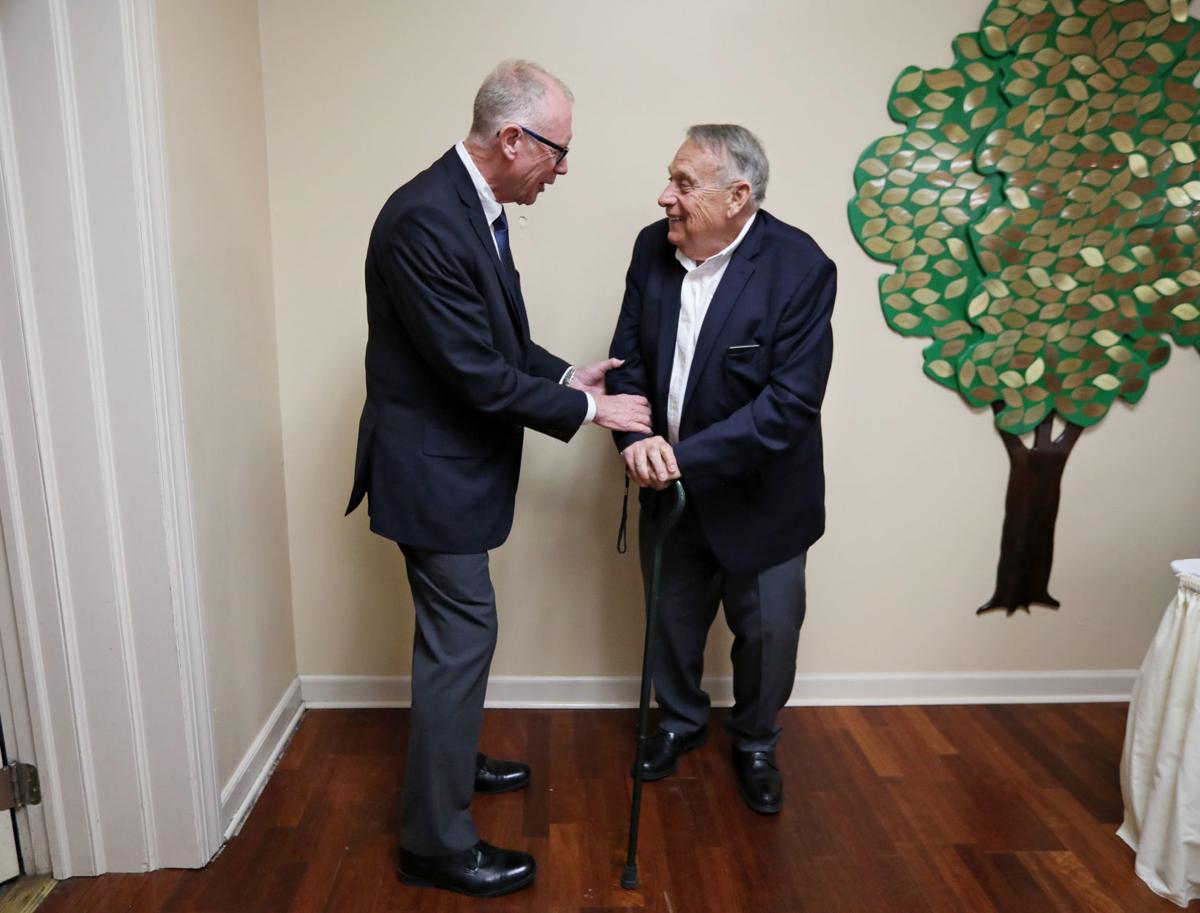 Former Wisconsin Gov. Martin Schreiber, right, talks with Paul Esser, mayor of Sun Prairie, before a talk by Schreiber in October at the Colonial Club in Sun Prairie. Schreiber wrote the book "My Two Elaines," about his wife having Alzheimer's disease. 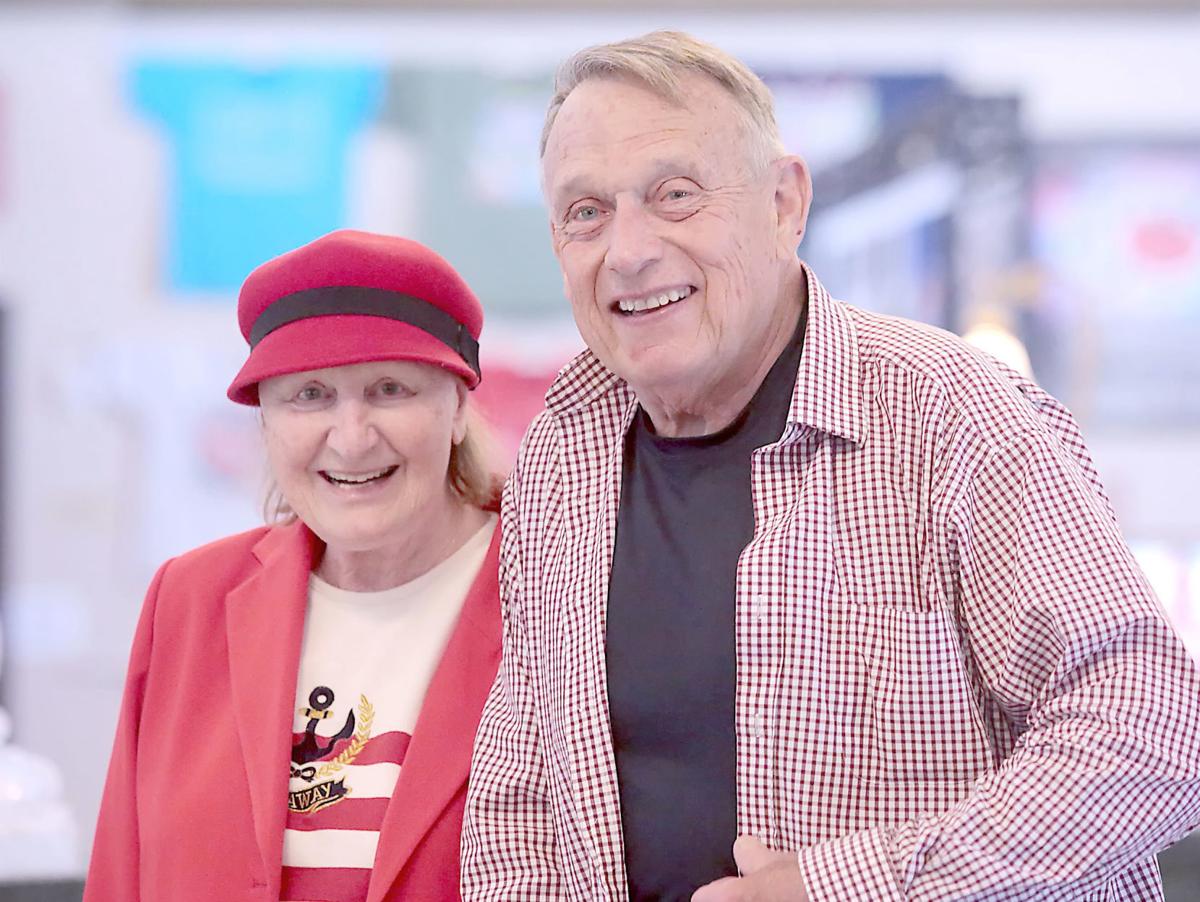 Former Gov. Martin Schreiber and his wife, Elaine, who has Alzheimer's disease, are shown in Milwaukee in 2017. 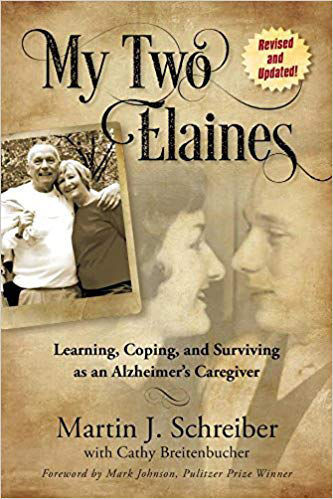 "My Two Elaines," by former Gov. Martin Schreiber, examines the challenges of having Alzheimer's disease and of caring for someone with it.