Five of the eight companies acquired by Exact Sciences in the past three years are helping the Madison-based maker of the Cologuard stool-based colon cancer screening test work on its next goal: cancer blood tests, including one to detect more than a dozen types of cancer from one blood draw in people with few or no symptoms.

“That’s what we want to bring to the world … a simple, inexpensive test that is able to help lead to cancer detection in the earliest stages when it’s most treatable,” said CEO Kevin Conroy, who is preparing next year to launch a clinical trial of the multi-cancer test in tens of thousands of people.

UW Health has opened its own lab for cancer blood tests and recruited a scientist who helped invent a related technology licensed by Exact Sciences. For some cancer patients whose tumors are hard to reach or might have genetic mutations targeted by available drugs, UW doctors have started ordering blood tests instead of traditional tissue biopsies, typically with quicker results to guide treatment.

“With lung cancer, patients can get sick quickly, so you need to make a treatment decision fast,” said Dr. Mark Burkard, an oncologist and associate director of genomics and precision medicine at the UW Carbone Cancer Center.

Whether it’s finding initial signs of cancer not picked up by scans, refining treatment for people with systemic disease or seeing if surgery and chemotherapy get rid of cancer at earlier stages, blood tests known as “liquid biopsies” are poised to potentially transform cancer care. The tests can discover DNA fragments shed by tumors or spot rare tumor cells circulating in blood.

“It’s clear that the technology is now making tremendous inroads in identifying the right therapy for the right patients,” with benefits in treatment monitoring and early detection on the horizon, said Dr. Victor Velculescu, a Johns Hopkins University oncologist. He spoke in a video for the American Association for Cancer Research’s annual meeting in April, which highlighted liquid biopsies.

Various types of blood tests for cancer have been pursued for decades with mixed success, however. Some experts caution that widespread use of screening tests could pick up false positives resulting in unnecessary procedures and side effects, as can happen today with the PSA test for prostate cancer.

Exact Sciences, which is also working on an updated version of Cologuard and a colon cancer blood test, is focusing much of its effort on developing a blood test to screen for multiple types of cancer at once. It estimates the market to be worth $25 billion or more a year.

The company released initial study results in September, showing its test found 83% to 87% of cases that had esophageal, liver, lung, ovarian, pancreatic or stomach cancers, with a 5% rate of false positives.

Another big announcement came the next month. Exact Sciences said it was paying more than $2 billion to acquire Thrive Earlier Detection Corp., a Cambridge, Massachusetts, company that licensed a cancer screening blood test called CancerSEEK based on Johns Hopkins research. Earlier last year, the test captured attention with a study in the journal Science showing it picked up 10 types of cancer in 26 women that had not been found by conventional tests such as mammography and colonoscopy.

Conroy said Exact Sciences is combining Thrive’s approach, which targets DNA mutations and protein abnormalities, with Exact Sciences’ method involving a process called DNA methylation, in which molecules can attach to genes and turn them off.

“We’re putting all that together into one test,” Conroy said. “It’s powerful.”

About 450 scientists at the company — which has more than 5,500 employees, roughly 60% of whom are in the Madison area — are working on various aspects of liquid biopsies, he said.

A key competitor, Grail, in June launched its multi-cancer screening blood test, Galleri, which the company says can detect more than 50 types and subtypes of cancer. Grail was spun off from San Diego-based Illumina, which has operations in Madison and is trying to reacquire Grail. The Federal Trade Commission has opposed the merger and a merger trial is set to start this month.

An industry report this spring named 23 companies working on various types of liquid biopsies. Conroy said Exact Sciences will be the first to do a large study on a screening test designed for Food and Drug Administration approval, which Galleri does not have.

In January, Exact Sciences licensed a technology to find in blood trace remnants of cancer, known as minimal residual disease, that can remain after surgery or other treatments. The market is estimated at $15 billion a year. The technology, known as Targeted Digital Sequencing, or TARDIS, was developed at the Translational Genomics Research Institute in Phoenix.

Customized for each patient, TARDIS in 2019 was shown in breast cancer patients to be 100 times more sensitive than similar tests.

Muhammed Murtaza, whose lab developed TARDIS, joined the UW-Madison faculty in October and is working to improve tests to determine if cancer patients have had enough treatment or need more. (Murtaza got his Ph.D. at Cambridge University in England, where he said he became a fan of the British TV series, “Doctor Who,” whose central character uses a time machine called TARDIS, for which the cancer test is named.)

A study this year by Murtaza and colleagues showed analysis of DNA fragments in urine, another source of liquid biopsies, could be viable in detecting pancreatic and some pediatric cancers.

Tissue biopsies will continue to be used to diagnose cancer for the foreseeable future, but liquid biopsies could increasingly help patients in other ways, Murtaza said.

“As you treat these patients, their cancers evolve. They outsmart treatments and the genetic mutations that drive the cancer change over time,” he said. “Liquid biopsies can help you keep track of those mutations.”

Another type of liquid biopsy searches for circulating tumor cells, instead of DNA fragments, in blood. The first such test, CellSearch, was approved by the FDA in 2004. Higher cell counts are associated with poorer prognoses.

Capio Biosciences, a Madison-based company co-founded by UW-Madison pharmacy professor Seungpyo Hong, is trying to improve on tests for circulating tumor cells, a needle-in-the-haystack pursuit given that each tumor cell is thought to be surrounded by 1 billion red blood cells.

The startup, which has half a dozen employees in Madison and in Korea, is testing blood samples from patients at UW-Madison and other universities while building a prototype for clinical testing, Hong said.

Hong said DNA fragments may have been shed from tumor cells some time ago, while a whole tumor cell presents an up-to-date picture of the cancer. “It reflects the current state of the patients,” he said.

Dr. Joshua Lang, a UW Health oncologist, is combining both approaches by focusing on the genetics of circulating tumor cells, through a technology patented through the Wisconsin Alumni Research Foundation. In a study this year, he and his colleagues reported that messenger RNA from circulating tumor cells can show which prostate cancer patients might develop resistance to hormone therapy.

Doctors typically use CT scans of patients to track cancer by tumor size, but they’re increasingly turning to liquid biopsies to monitor genetic changes instead, Lang said. “That gives us more information to act on,” he said. “Hopefully, if we act sooner, it’s going to help our patients knock that cancer even farther back.”

Liquid biopsies used most today include those by Foundation Medicine and Guardant Health, approved by the FDA a year ago, to see if tumors carry mutations in genes, such as one called EGFR targeted by some drugs.

Burkard, co-director of UW’s Precision Medicine Molecular Tumor Board, hopes to enroll some breast cancer patients in a new study to see if genomic markers in tumor DNA from liquid biopsies can determine how much treatment they should get after surgery.

That sounds like a good strategy to Ken Zielinski, 68, a retired carpenter who lives near Necedah and was diagnosed with pancreatic cancer last year after seeing his doctor for a cough. After having his pancreas removed that April, doctors discussed chemo but weren’t sure if he should try it. To be safe, he did.

His surgeon, Dr. Rebecca Minter, surgery chair at UW, is working with Murtaza and others to develop liquid biopsies for pancreatic cancer, to detect residual disease or screen patients at risk for it. “We need that marker in the blood that shows up ideally before a tumor becomes invasive and spreads,” she said.

Zielinksi said such a test might have made his chemo decision easier. A blood test to find pancreatic cancer early in those with few symptoms, like him, would also be a big help.

“It was just lucky that I had a cough and went to the doctor,” he said. “The sooner, the better.”

Dr. Laura McDowell, who trained in Baldwin, Monroe, Portage and Waupun, is part of an effort to improve women's health care in rural areas.

The Madison-based pharmacy benefit manager has a small but growing share of the market facing increased regulation.

Branched-chain amino acids are linked to metabolic health in mice and humans.

Exact Sciences stock soars with acquisitions of 2 blood-based cancer screening firms for $2.56B

A flurry of announcements that included two acquisitions, third-quarter earnings that surpassed analyst expectations, and the sale of $869 million in new stock started a day in which Exact Sciences’ stock price surged 23% to $131.12 per share.

"Strategic partnership" with SSM Health could give Minnesota-based Medica more of a presence in Wisconsin.

UW-Madison further commits to the study of psychedelics

The Transdisciplinary Center for Research in Psychoactive Substances will expand the scope of psychedelic research at UW-Madison. 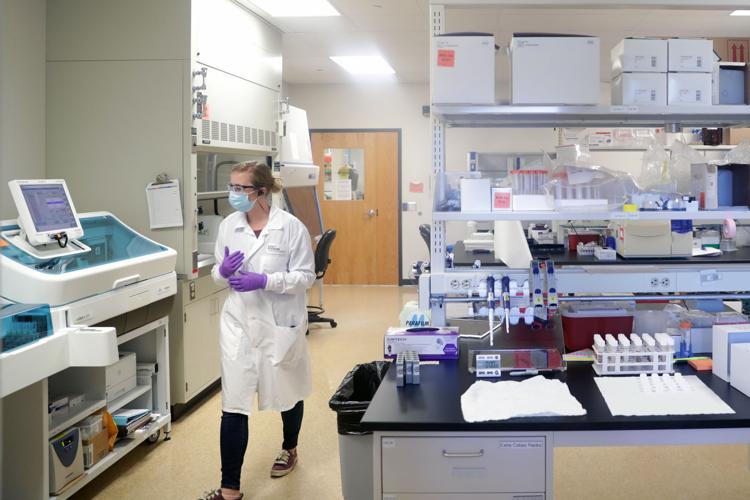 Researchers at Exact Sciences and UW-Madison are working on "liquid biopsies" for cancer, including blood tests that identify genetic mutations in tumors targeted by drugs. The tests also might track whether cancer has returned after treatment and detect early disease. Research associate Alycia Riehl runs tests on samples at Exact Sciences. 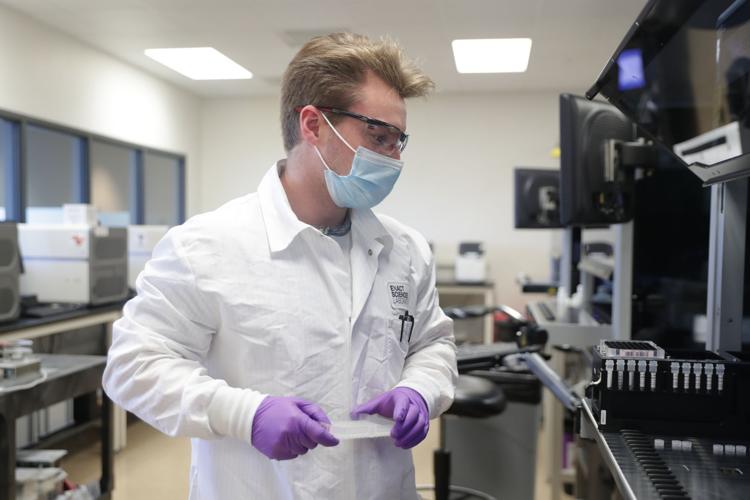 Research associate Nick Goetz is among more than 450 scientists working on research into liquid biopsies at Exact. 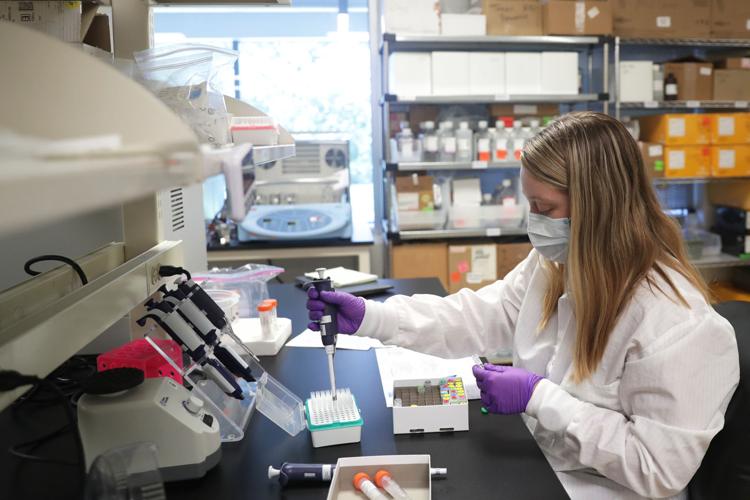 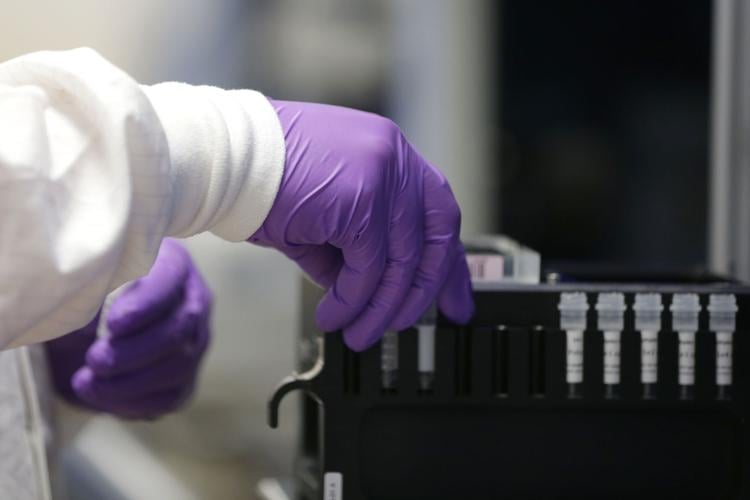 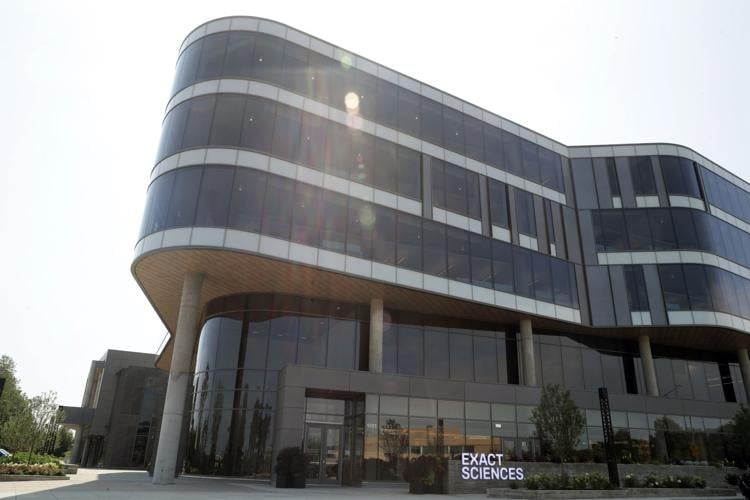 Exact Sciences' corporate headquarters opened last year at University Research Park, one of three Madison-area campuses for the company, which makes Cologuard, the stool-based colon cancer screening test. After acquiring eight companies since 2018, Exact Sciences has 5,500 employees, 60% of whom are in the Madison area. 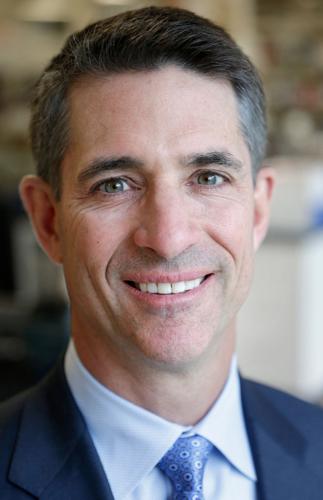 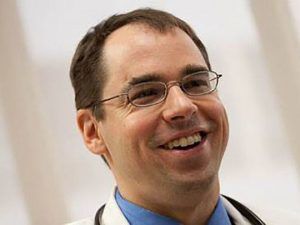 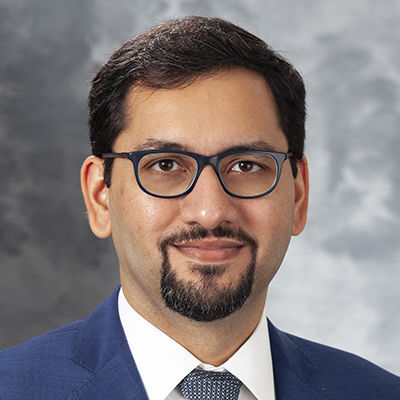 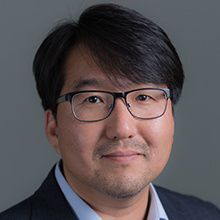 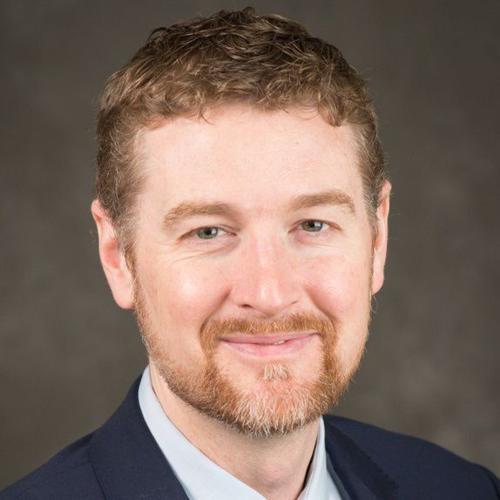 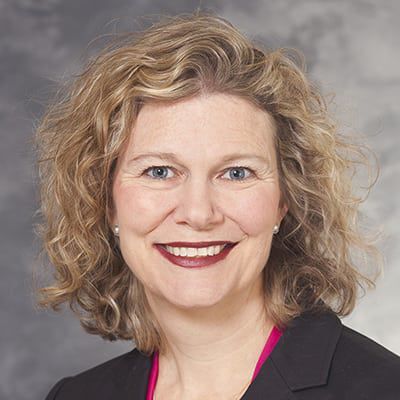 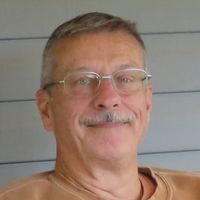