A controversial technique to create flu viruses, now effectively banned, led to the discovery of a flu vaccine model that could be more reliable than today’s main method using chicken eggs, according to a study by UW-Madison scientist Yoshihiro Kawaoka.

The finding, reported Wednesday in the journal Nature Communications, stems from virus engineering research Kawaoka did prior to last October, when the government told him to stop such work during a review of its risks and benefits, he said.

The report comes as flu shot season gets underway around the country, with health officials recommending that people 6 months old and older get the annual vaccination by October.

Kawaoka said his discovery of a potentially better way to make flu vaccine demonstrates the importance of the contentious research.

“We found a virus that grows well in cells, so it can be used as (the basis for) a vaccine,” he said.

Federal officials told Kawaoka and other researchers around the country to cease experiments that make flu, SARS and MERS viruses more dangerous in the lab. Officials are weighing the prospect of finding new tests, treatments and vaccines against concerns that bioterrorism or lab accidents could cause public harm.

Parts of three key research projects by Kawaoka, which alter flu or bird flu viruses to make them more deadly or spread more easily, remain on hold. He said he’s found alternative ways to do some of the work, aimed at developing better vaccines and learning how flu viruses mutate naturally to become more dangerous.

It’s not clear when the ban will be lifted on what is known as “gain-of-function” research.

“There’s no progress because no one can work on it,” Kawaoka said. “At the same time, the virus is evolving in nature.”

The halt of the research in October follows a moratorium on such work in 2012. That freeze came after Kawaoka and a Dutch scientist created an altered H5N1 bird flu virus, triggering international debate over whether the possible hazards of such research outweigh the potential good.

Kawaoka resumed the work in May 2014, after getting approval from federal and university officials, before being asked to put it on hold again five months later.

Currently, flu viruses that match strains expected to circulate each year are grown in eggs, deactivated and purified to create raw material for the vaccine. But the process is slow, egg supply is sometimes limited, people with egg allergies must avoid the vaccine and the viruses can adapt to eggs in ways that weaken the shots.

Flu strains grown in dog or monkey kidney cells, which are used to make other kinds of vaccines, typically yield too little material to make flu vaccine.

Kawaoka and his team used a process called reverse genetics to generate strains of flu different from the main part, or “backbone,” of a vaccine-making strain. Some of the alternative strains, when grown in dog or monkey kidney cells, yielded significantly more material than the regular strain.

Most flu vaccines approved in the U.S. are egg-based. Only one uses the method Kawaoka studied, called a cell-based vaccine.

FluGen starts tests of a new influenza vaccine on humans

FluGen says its RedeeFlu vaccine is expected to protect patients against different versions of the seasonal illness.

Flu vaccine is now available at many clinics, pharmacies and work places in Dane County, and Public Health Madison and Dane County is recommen…

The development by virologist Yoshihiro Kawaoka follows research he did last year.

In a step toward one of stem cell science’s chief goals, UW-Madison researchers have grown functional human artery cells that helped lab mice …

The Madison company is working on a universal flu vaccine, to protect against more than just one season's prevalent flu virus.

The research aims to identify changes that could cause the viruses to spread easily among people. 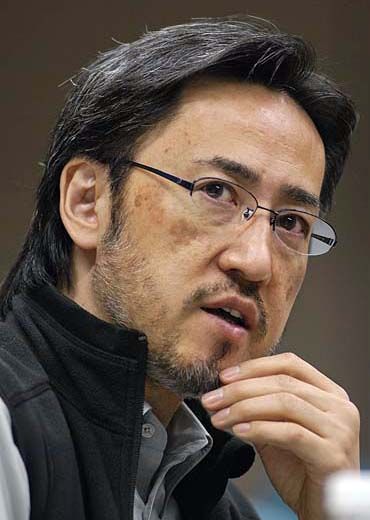 Research by Yoshihiro Kawaoka, a UW-Madison scientist, identified a way of making flu vaccine that could be better than today's main method using chicken eggs. 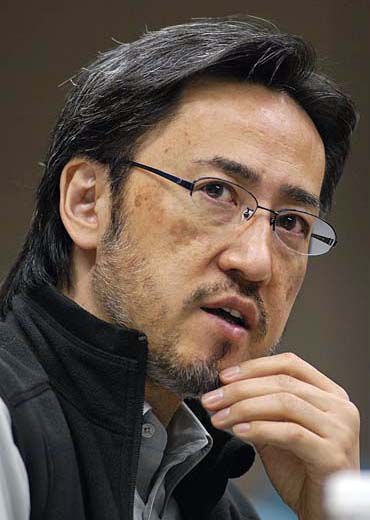