BELOIT — In what’s being hailed as “a major milestone for nuclear medicine,” NorthStar Medical Radioisotopes has received a pair of high-tech machines that will be used to produce radioactive material used in millions of medical procedures each year.

The 24-ton particle accelerators arrived in Beloit Tuesday on flatbed trucks, capping a 5,700-mile journey from Belgium, where they were custom built for NorthStar.

The machines will be used to make molybdenum-99, or Mo-99. The isotope decays into technetium-99m, which is used to detect cancer, heart disease and other conditions and is used in about 40,000 procedures in the U.S. every day.

NorthStar is one of five companies working with the U.S. Department of Energy to produce Mo-99 without the use of highly enriched uranium, which produces long-lasting toxic waste and is a component of nuclear weapons. The privately owned company backed by billionaire investor Diane Hendricks has received about $65 million in federal funding.

Another, SHINE Medical Technologies, broke ground in 2019 on a 54,000-square-foot facility in nearby Janesville, where the company expects to begin production by the end of next year using a different method.

Both are vying for a resurgent domestic production market of the time-sensitive isotopes after a severe shortage a decade ago brought to light the vulnerability of relying on imports from a few aging nuclear reactors.

“Given that this radioisotope decays away at 1% per hour, it’s kind of crazy making it thousands and thousands of miles away from the market you’re trying to serve,” Merrick said.

NorthStar is currently the only domestic producer of commercial Mo-99, which is currently manufactured at a research reactor in Columbia, Missouri, using a different process in which a neutron is added to molybdenum-98.

Merrick said the Beloit facility will allow the company to become a major supplier of the isotope and potentially others that can be made with the same technology.

“This equipment is absolutely game-changing equipment for nuclear medicine,” Merrick said. “We can be far and away the most reliable supplier.”

The 125-kilowatt accelerators create a beam of electrons that can be focused on a quarter-sized disc of Mo-100 refined from molybdenum, a naturally occurring metal. Moving at just under the speed of light, those electrons knock off a neutron from the target material, which can then be dissolved into a sterile liquid that is injected into patients.

The roughly $5 million accelerators are the latest addition to the $80 million facility just off Interstate 39/90, where NorthStar is planning at least two more buildings.

The Food and Drug Administration recently approved NorthStar’s method of production. Merrick said he hopes to receive final FDA approval by the end of 2022 and begin commercial production of Mo-99 in early 2023.

NorthStar Medical Radioisotopes and SHINE Medical Technologies are preparing to make a isotope used in 40,000 medical procedures a day. 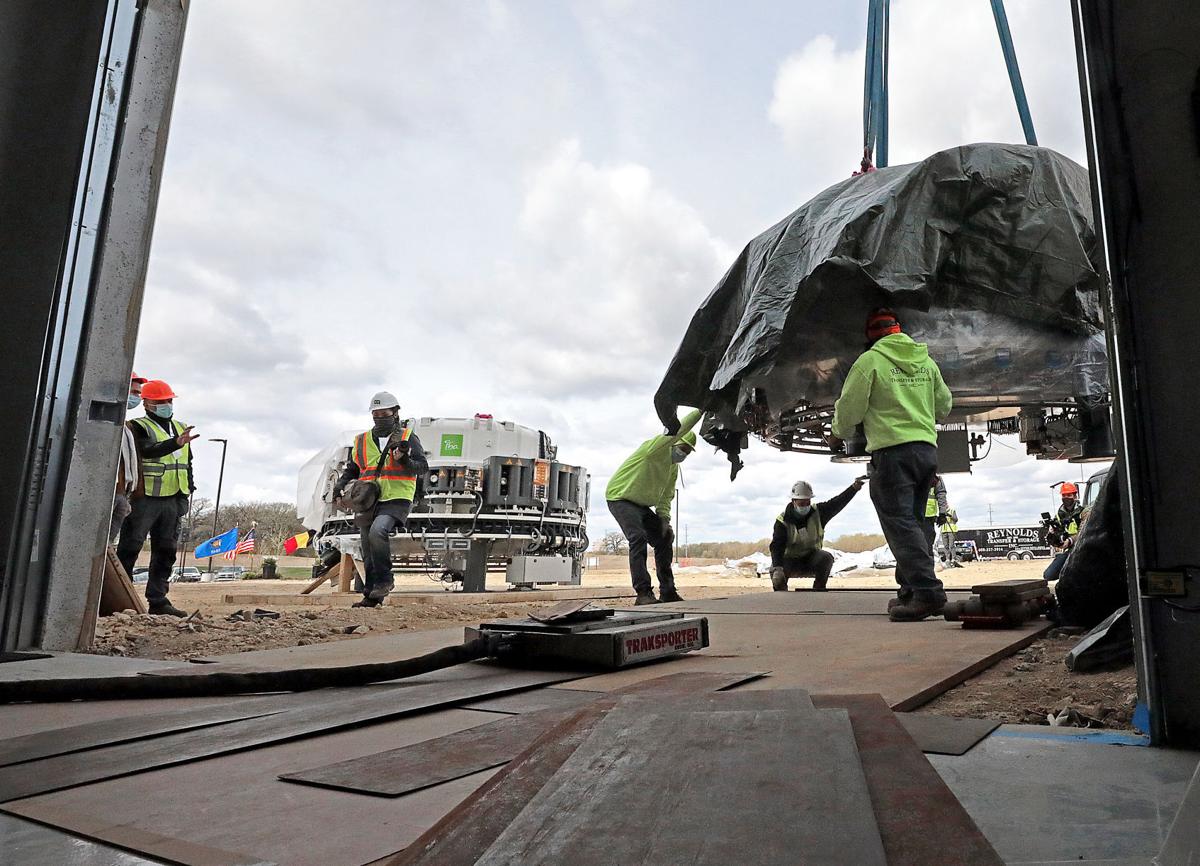 Workers move one of two electron particle beam accelerators into a factory at NorthStar Medical Radioisotopes in Beloit, where they will be used to make material used in medical procedures. 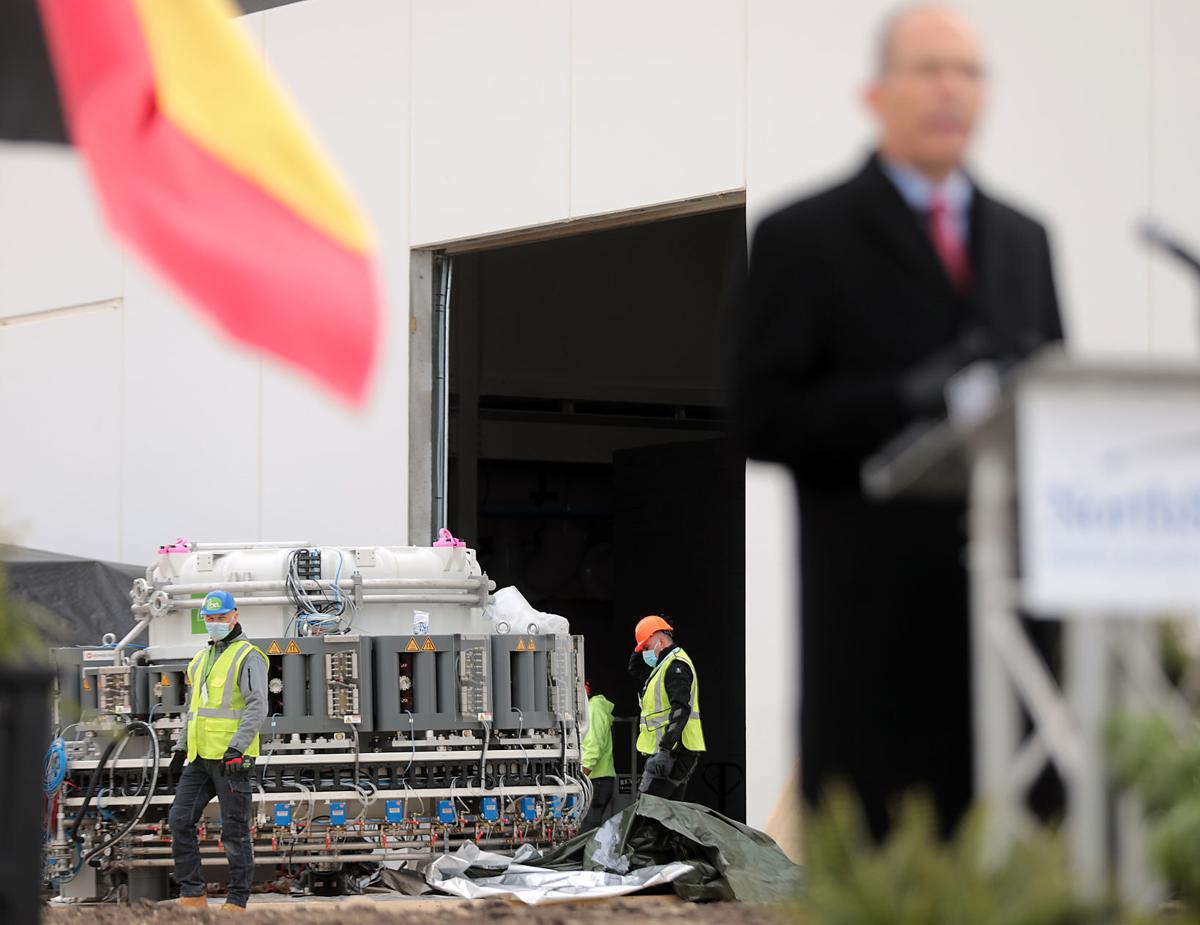 Workers prepare to move one of two electron beam accelerators at NorthStar Medical Radioisotopes in Beloit as company CEO Steve Merrick delivers remarks in which he called the delivery "a major milestone for nuclear medicine." 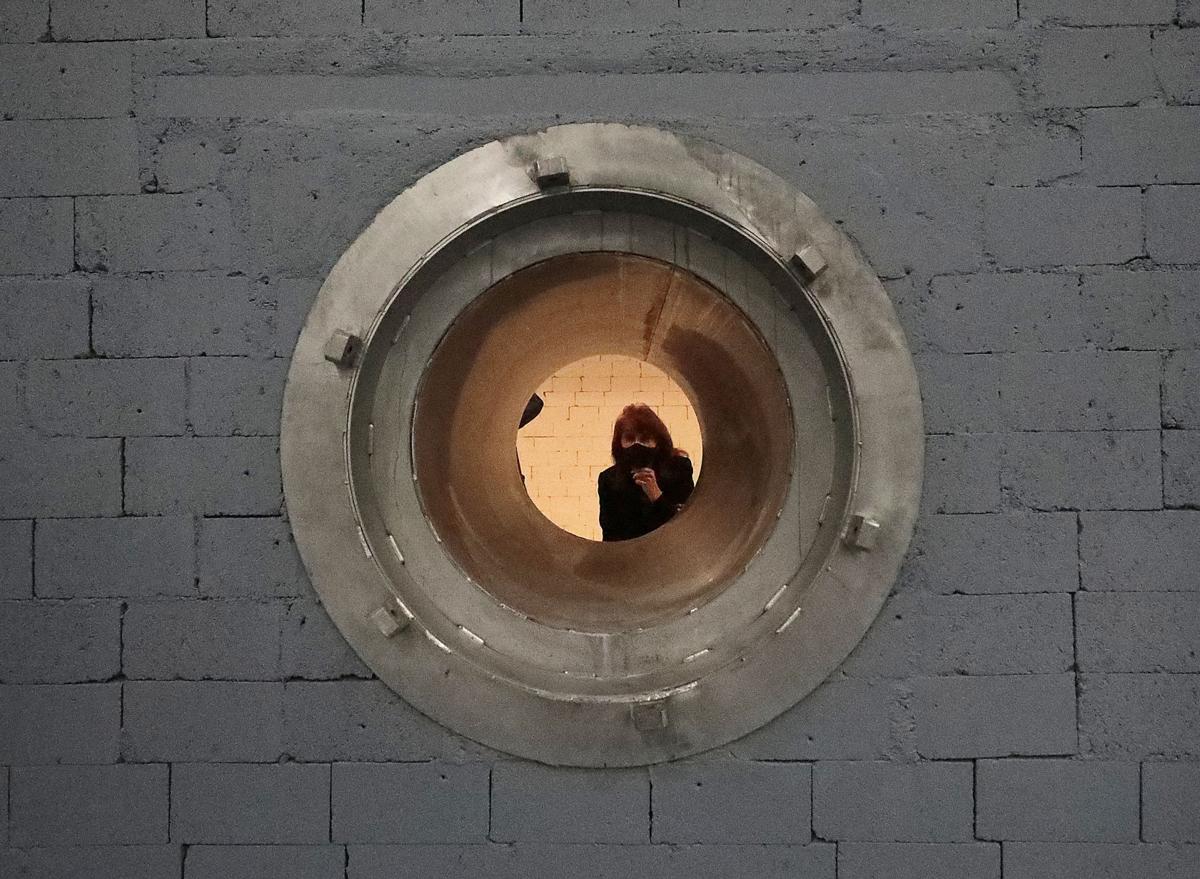 Investor Diane Hendricks peers through a portal that will be used to place material in an electron particle accelerator at NorthStar Medical Radioisotopes in Beloit.