When Mike Dampf failed his Air National Guard fitness test, the active man knew something was wrong. Additional tests showed he had colon cancer. He was 37.

He had part of his colon removed, but a colonoscopy found a second growth in a different area. Dampf’s mother had been diagnosed with cervical cancer in her 50s. Her father died from a brain tumor in his 30s.

Dampf learned he has Lynch syndrome, a hereditary disorder that increases the risk of getting a variety of cancers at an early age — especially colon and endometrial, or uterine, cancer. To prevent more cancer, Dampf had most of the rest of his colon removed and is regularly screened for stomach, pancreatic, prostate, bladder and skin cancer. His teenage children each have a 50% chance of having the condition and plan to be tested after they turn 18.

“I didn’t want to live waiting for that next shoe to drop,” Dampf, 48, of Dodgeville, said of his second colon surgery in 2011. “You should know your risk so you can make informed decisions.”

About 1 in 300 people are estimated to have one of the genetic mutations involved in Lynch syndrome, making it more common than the BRCA gene mutations known for increasing the risk of breast and ovarian cancers, which are seen in about 1 in 400 people.

The test for microsatellite instability, or defective repair of mistakes made during DNA replication, came after a NASA grant.

But most people with Lynch don’t know they have it, doctors say, with a federal report putting the figure at more than 95%. The wide range of cancers involved, the lack of highly visible advocacy groups and the relatively recent availability of genetic testing to confirm the condition contribute to its low profile, said Dr. Jennifer Weiss, director of UW Health’s Gastroenterology Genetics Clinic.

Even many doctors don’t know about Lynch, Weiss said. “Families are presenting in so many different ways, it’s just not top of mind,” she said.

Increasing use of a related type of tumor testing to see if new immunotherapy drugs should be used to treat some cancers is leading more patients to learn they have Lynch and bringing more attention to the condition. Fitchburg-based Promega Corp. makes a kit for the testing, which detects a DNA abnormality known as microsatellite instability.

“Testing volumes are increasing as physicians are considering these new treatment options,” said Annette Burkhouse, senior medical science liaison at Promega. “We envision that will become an increasingly important part of Promega’s business.”

The diverse nature of Lynch syndrome — named for Dr. Henry Lynch, a cancer researcher at Creighton University in Omaha who died in 2019 — can make it hard for affected families and their doctors to identify.

Some relatives may get colon or endometrial cancer, which are typically not discussed publicly as much as breast or prostate cancer. Others may be diagnosed with stomach, ovarian or other cancers. Some of the cancers may appear at unusually young ages, but others can develop in later years when they might not seem abnormal.

Lynch involves a mutation in one of five genes, and some of the genes increase various cancer risks more than others. In general, people with Lynch face about a 10% to 60% chance of getting colon cancer, compared to 4% for the average person, and a 15% to 60% chance of getting endometrial cancer, compared to 3% for most women, according to the National Comprehensive Cancer Network.

Dampf knew about his mother’s and grandfather’s cancers but didn’t suspect a familial connection when he got colon cancer. After genetic testing confirmed he had a mutation in a Lynch gene called MSH2, he told his family.

Two of his three siblings have been tested, and are positive. An uncle and a cousin also tested positive. He doesn’t know if others have been tested. Dampf’s mother died from pancreatic cancer two years ago, and he thinks the cervical cancer she was diagnosed with earlier likely started as endometrial cancer.

Even though his genetic testing and his mother’s family history confirmed he inherited Lynch from her, she denied it and never got tested. “Emotionally, she just couldn’t bear the idea she gave it to me,” he said.

He empathizes, worrying if he has passed the condition on to his son or daughter. As recommended by genetic counselors, the family is waiting until the children are adults to be tested if they want.

Cal Dampf turns 18 in February and vows to be tested on his birthday. “I want to get tested today,” he said. “Looking at the rest of my life, I want to know if I really need to worry about cancer or not.”

Zoey Dampf, 15, also wants to be tested but isn’t as eager. “I don’t think that much about it,” she said.

The Genetic Information Nondiscrimination Act of 2008 prevents health insurance companies from discriminating against people based on genetic test results, but it doesn’t apply to life or disability insurance.

Mike Dampf, a wildlife supervisor for the state Department of Natural Resources, maintains a positive attitude as he lives with an increased risk for several cancers and only about three inches of his colon.

He must go to the bathroom frequently, usually including at least once overnight, and rarely has solid stools. Fresh fruits and vegetables pass through him quickly so he typically eats those at home and has more processed foods when out.

But sometimes he just eats what’s available and deals with the consequences, and he tries not to let Lynch define his life.

“I want to be able to sit down and share a meal with people,” he said. “Other than the six visits to the bathroom every day, sometimes it’s nice to live a day without thinking about those things.”

Carrie Ketcham, 57, of Madison, has also learned to adapt to life with Lynch syndrome after four bouts with cancer.

The first came in 2009, when she was 44 and diagnosed with breast cancer. Her mother had breast cancer at age 64, but Ketcham didn’t think of a genetic connection. Raising two young children at the time, Ketcham had a mastectomy, chemotherapy, radiation and hormone therapy.

Five years later, Ketcham developed colon cancer. Since it was her second cancer before age 50, doctors suggested genetic testing, which found she had Lynch. She had a third of her colon removed.

Her two sisters tested negative for her Lynch gene mutation, MLH1. Ketcham sent a letter to 11 cousins notifying them of their risk. Five cousins and four of their children have tested positive, and three cousins tested negative.

In 2017, the year after her mother died from stomach cancer, Ketcham was diagnosed with pancreatic cancer, which is often fatal. It was detected early, before she developed any symptoms, through a twice-yearly CT scan she continues to receive because of Lynch. Following surgery to remove a third of her pancreas, she has a good prognosis.

A mammogram detected cancer in her remaining breast two years ago, leading to another mastectomy. People with Lynch aren’t known to be at higher risk for breast cancer, but studies are looking at a possible connection, Weiss said.

Ketcham’s children, ages 21 and 17, have been tested for Lynch, but she declined to share their results. Shortly after her colon surgery in 2014, Ketcham had a hysterectomy, including the removal of her ovaries, to reduce her risk of related cancers.

“Knowledge is power,” she said. “That was huge, being able to feel like you have a little control over trying to protect yourself.”

She works full time in the complaint division of the state Department of Agriculture, Trade and Consumer Protection, and part time at Barnes & Noble. “I am doing well,” she said.

Susan King’s Lynch syndrome diagnosis came in 2013, about a decade after she had a hysterectomy for endometrial cancer. One of her two sisters developed ovarian cancer and the other endometrial cancer, and all three learned they had Lynch. Their father died from colon cancer at age 74.

King, a retired attorney who lives in Madison, is now 74 herself and doesn’t have children. She’s not sure how many extended family members have been tested.

To reduce her cancer risk, King has colonoscopies at least once a year, has endoscopies to check for stomach cancer, stays out of the sun and tries to eat well. She wishes more people were aware of Lynch and brings up the topic when she can.

“It really becomes a matter of public responsibility to start speaking about these things,” she said.

Unvaccinated residents are at risk for the more contagious strain being seen more across the nation, officials said.

First doses must be received by Oct. 1 unless workers have medical or religious exemptions.

Jocelyn Bell Burnell helped discover pulsars as a graduate student in 1967. Her male bosses got the Nobel Prize. 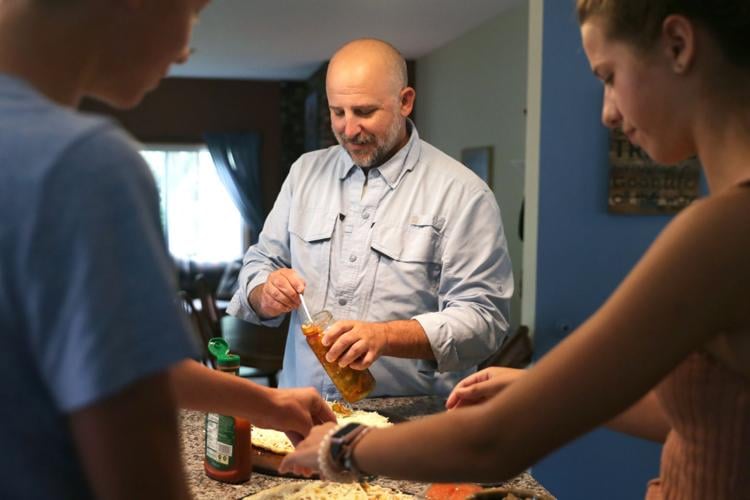 After most of his colon was removed due to colon cancer, Mike Dampf must be careful about what he eats. Dampf has Lynch syndrome, an inherited disorder that increases the risk of cancer. 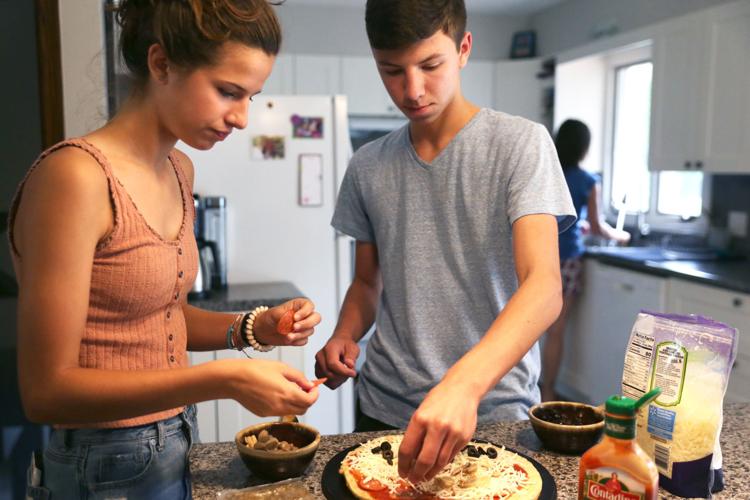 Zoey Dampf, 15, and Cal Dampf, 17, plan to be tested for Lynch syndrome after they turn 18. They each have a 50% chance of having acquired the condition from their father. People with Lynch can undergo screening tests, such as colonoscopies, earlier and more frequently than most people to help detect cancers. 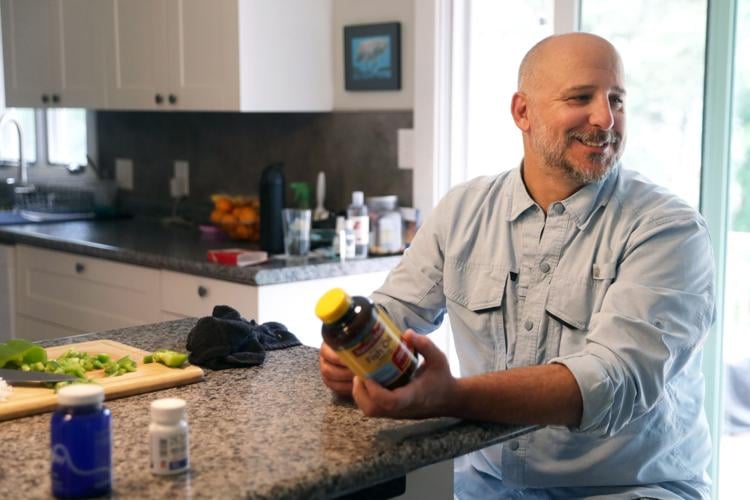 Mike Dampf takes supplements to ease the symptoms of living without most of his colon. He is regularly screened for stomach, pancreatic, prostate, bladder and skin cancer. 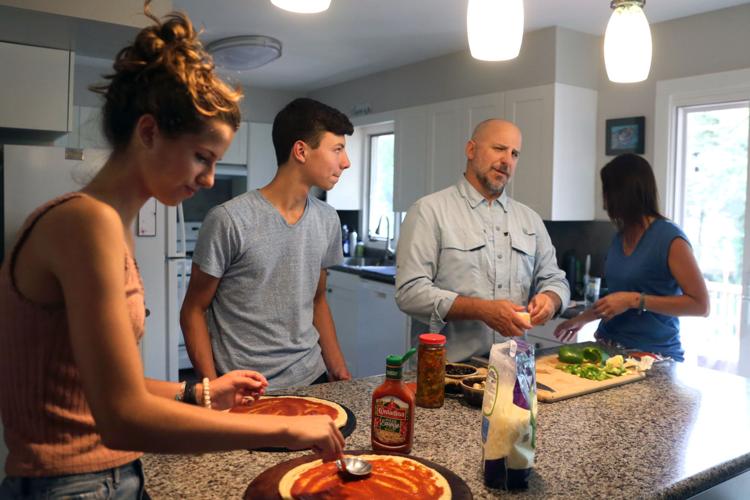 Mike Dampf, with children Zoey and Cal and wife Heather at their home in Dodgeville, said he's glad he's able to take action to screen for and reduce the risk of cancers after learning he has Lynch syndrome, an inherited disorder that increases cancer risk. "You should know your risk so you can make informed decisions," he said. 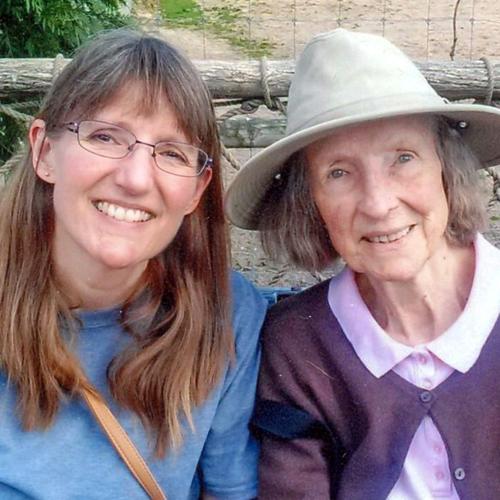 Carrie Ketcham with her mother, Barbara, in 2016, shortly before her mother died from stomach cancer. 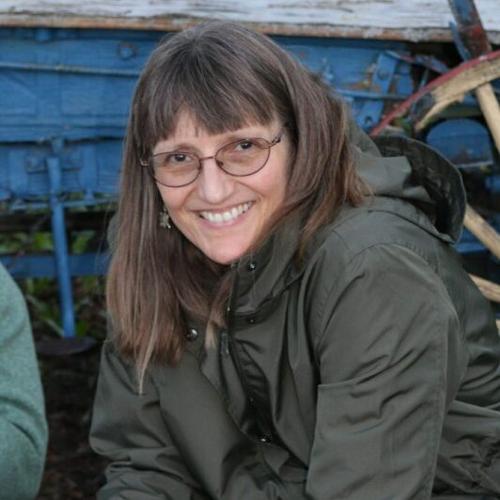 "Cancer diagnoses of any kind make you appreciate doing things now," said Carrie Ketcham, 57, who has Lynch syndrome and has had breast, colon and pancreatic cancer. 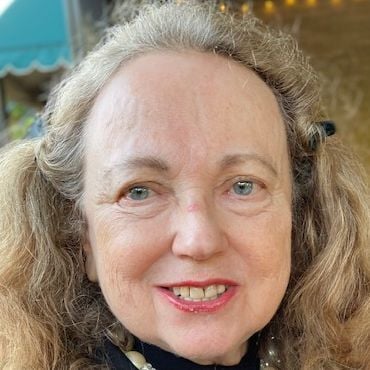